Do you have kids who are out of school this week? Do you have family in from out of town? Here are some ideas for keeping everyone busy during the holiday weekend, especially if the weather is bad in your neck of the woods or if family members are sick and you need to stay indoors.

A few weeks ago, Aidan discovered that we had a package of long balloons, and he wanted to try making some balloon animals. Dad found some videos on Youtube and made Aidan a monkey! We had trouble with our cheap balloons popping, but the boys had so much fun watching the videos and watching Dad try to make the creations! 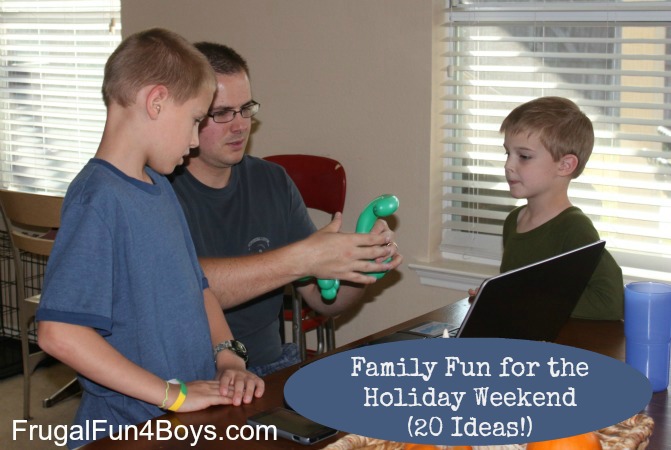 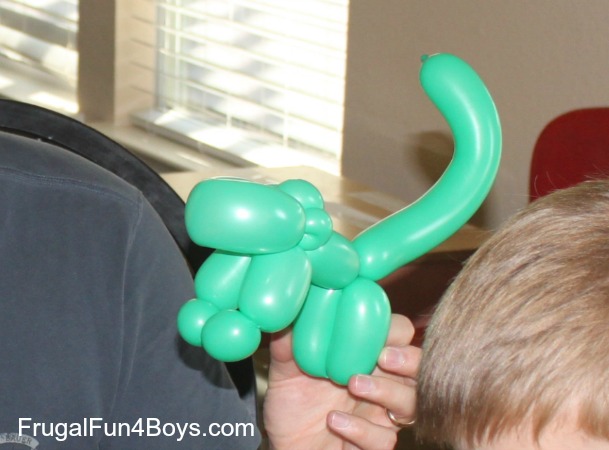 Idea #3: Play hide and seek with all the lights off (after dark, of course!)

Idea #8: Go on a walk and collect rocks. Come home and wash your rocks and sort and admire them. Or paint them and glue on googly eyes.

Idea #10: Buy some inexpensive winter hats and use felt to make them into monster hats

Idea #11: Watch some vintage TV on Netflix. My boys have really been enjoying the old Dennis the Menace shows!

Idea #12: Get ready for Christmas by making snowflakes out of Q-tips and glue

Idea #13: Impress the kids by blowing up a balloon with baking soda and vinegar

Idea #14: Dust off some board games that haven’t been played with in a while.

Idea #15: Put together a jigsaw puzzle.

Idea #16: Set up Lego minifigures in funny poses and take photos of them

Idea #18: Go for a walk in the dark with flashlights. Look for constellations while you’re out.

Idea #19: Make some homemade playdough and find interesting things for stamping in it.

Idea #20: Get started on Christmas gifts by making magnets out of vase filler marbles.