Gresham and I had so much fun making a sock spider and a geoboard-style spider web with a board, nails, and string!

This weekend, Aidan got to go camping with Dad and his Awana T&T group from church. While they were gone, I asked Gresham what he’d like to do. He always likes to do crafts, so he wanted to get out the craft box and see what we could come up with! Unfortunately, we didn’t even start on our project until they got back home (such is life with a very busy baby!) but that was okay. Gresham found a bunch of blue pipe cleaners and some string and announced that he would like to make a spider with the pipe cleaners as legs and a web for his spider out of string.

(I asked Gresham if he picked a spider because it’s Halloween week, and he said no, that he just likes spiders. We don’t really do the scary side of Halloween at our house, but this would be a great “mild” Halloween activity!)

For the spider’s body, we cut the toe end off of an old sock. We stuffed it with fiber fill and I quickly stitched up the open end. Then we glued on some googly eyes and some felt fang teeth. (Aidan informed us that spiders have 2 big eyes and 6 little eyes, but we didn’t have any little googly eyes. He also doesn’t have the right number of body sections. So he’s not a scientifically correct spider!) 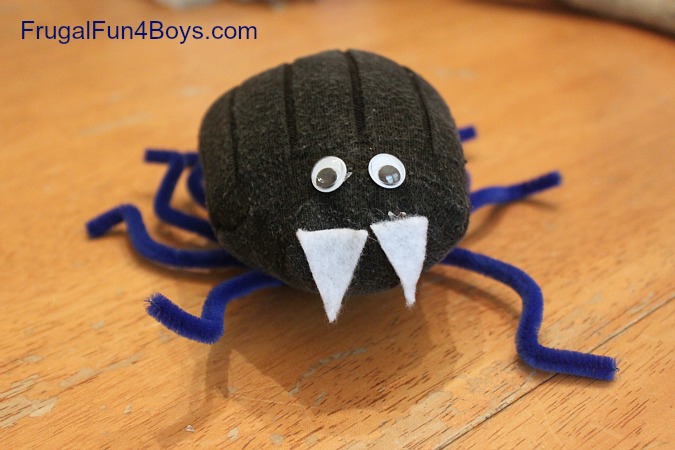 I held four pipe cleaners together and sewed them onto the underside of the spider’s body. Then I bent the legs to be more “leg shaped.” 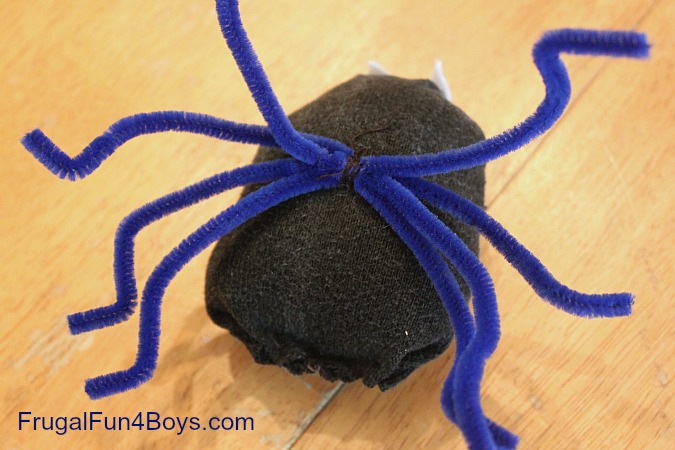 Then we had to figure out how to make a spider web. I decided that a geoboard type spider web would probably work the best. We used a flat board (about a foot square). I drew circles on the board, and then marked dots with a sharpie where Gresham should hammer in the nails. 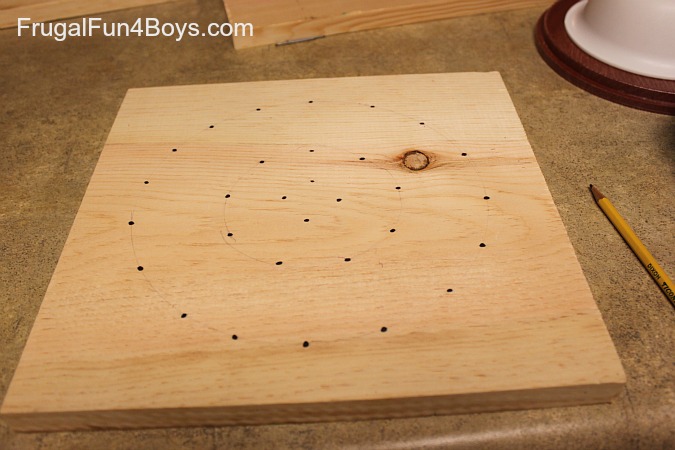 This was Gresham’s first time to hammer real nails all by himself (he’s 6), and he had a GREAT time. Owen had to be right there watching, of course! 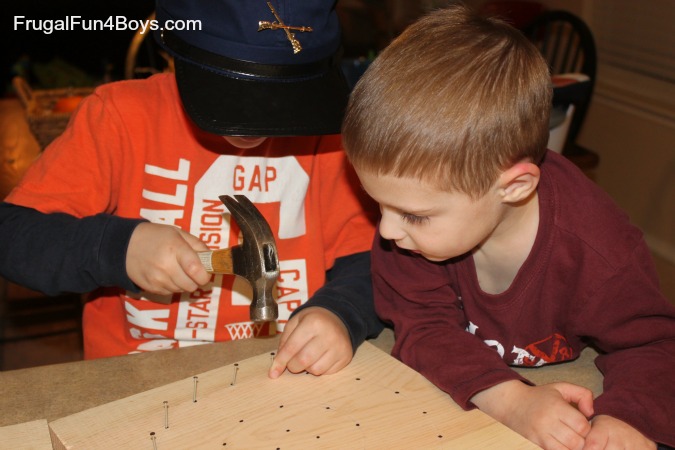 It looks like Owen’s face is right above the hammer in the photo, but it was really not as bad as it looks! No boys were harmed in the making of this craft!

After Gresham finished with the nails, I tied a very long string to one of the nails. Then he could wrap the string around the nails to create a spider web design. I left the string free on the other end so that the web can be “made” again and again. 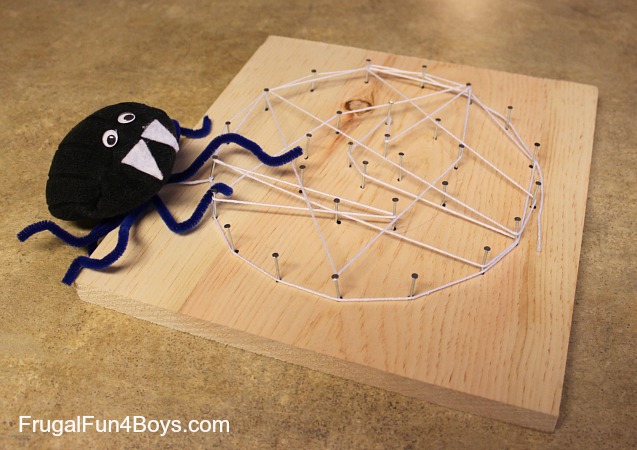 We also tried making a web with rubber bands: 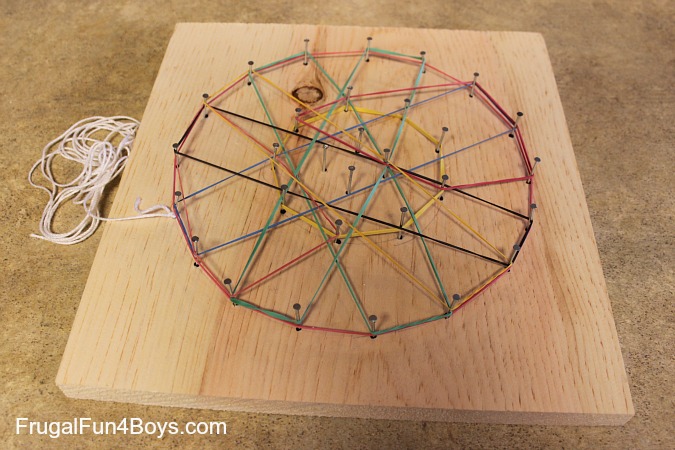 I’m definitely planning to use web building with both string and rubber bands to keep Gresham and Owen busy during school time this week.

Add some math and science:

When I planned out the nails, I didn’t do a precise pattern. This would make a great geometry activity (and more interesting patterns) if the nails were evenly spaced. Or, you could turn it into a science activity by researching different types of spider webs and copying the design of a real web.