Last week, I read The Little Train by Lois Lenski with my two middle sons (ages 3 and 5). This is such a wonderful, classic book about steam trains for young children. The books goes step-by-step through all the things that happen on a steam engine trip – filling the coal tender, loading the luggage, boarding the passengers, etc. 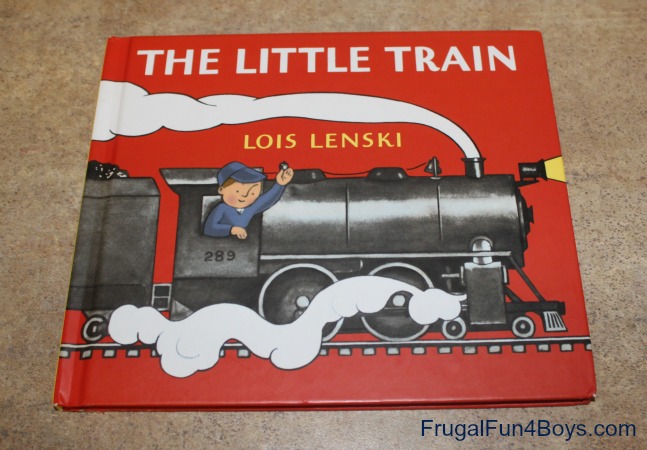 We read about semaphores, which are signals for trains. When the wooden arm of the semaphore points up, the train is free to go ahead. When the arm of the semaphore points over at a 45 degree angle, the train must proceed slowly with caution, and when the signal arm points out at 90 degrees, the train must stop. I decided to turn this into a quick running game similar to “Red light, Green light.” The boys took turns being the signal man. They used their arms to signal “run” (arm straight up), “walk slowly” (arm at 45 degrees) and “stop” (arm out at 90 degrees). The boys stood at opposite ends of the house, and the boy who was doing the running had to follow the signals to get across the room. 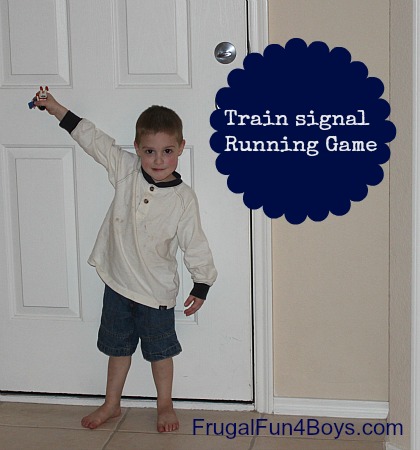 Owen has a Playmobil Indian in his hand. He never puts it down!

This game was a huge hit! In fact, I was surprised at how long they wanted to play it and how many times they have come back to it!

We also spent time playing with our Thomas the Tank Engine trains and watched an episode of Thomas on PBS. That was a real treat for Owen, because his older brothers don’t usually want to play with Thomas trains or watch our Thomas movies. Doing these little preschool units for him (we’ve also done a farm unit and a senses unit) has had the benefit of providing opportunities to do some age appropriate things that he misses out on because he’s the little brother! 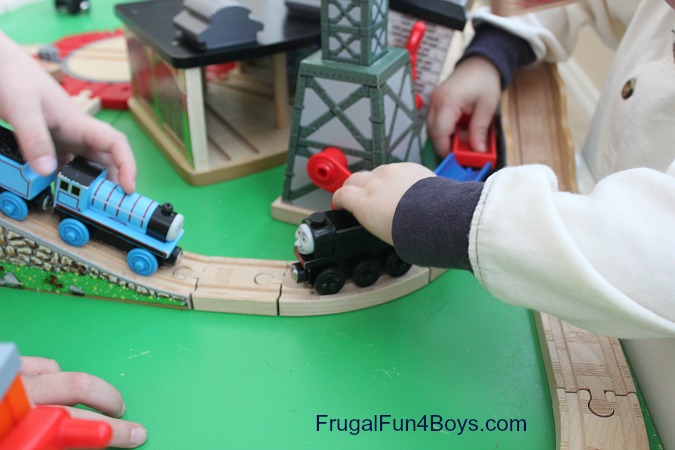 We went on a field trip to nearby Grapevine to see the Grapevine Vintage Railroad station. We didn’t ride the train – just walked around and looked at the train cars and the turntable and the roundhouse (which isn’t actually round like the one on Thomas – the boys were disappointed). The station has a little museum in it with all kinds of things from Grapevine’s past. The city began to grow when the railroad came through in 1888. Aidan is learning about the Civil War right now (1860’s), and he enjoyed seeing guns, tools, and military uniforms from that time period.

This is the original 1880’s train station – it’s pretty neat! 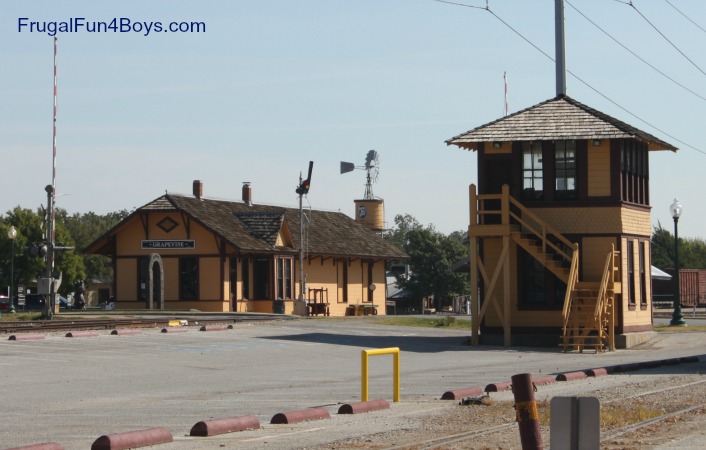 We had fun learning about trains!