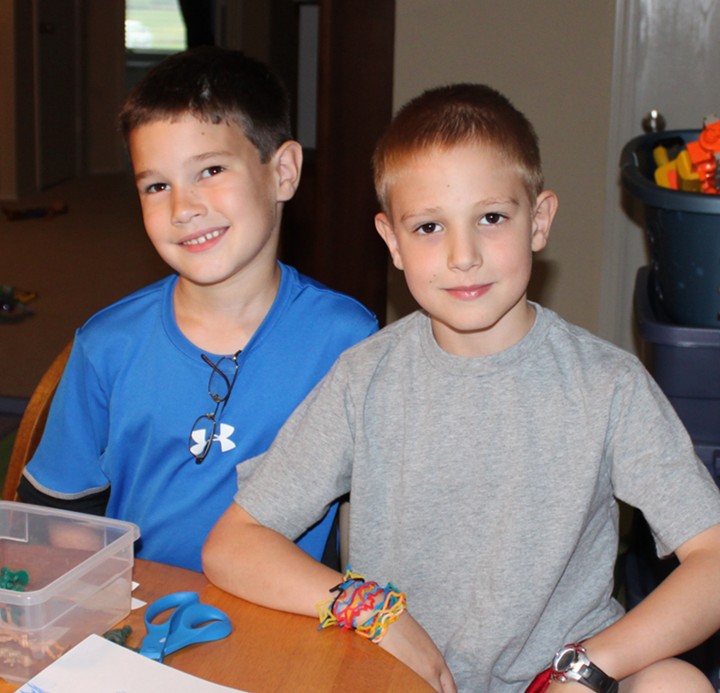 Today, Aidan had one of his good friends over to our house. This worked out well, because Aidan has a bunch of new silly bands (we just got in on the fad…), and I was glad to have someone else here to take a turn listening to “This is my Buzz silly band! Isn’t it cool?”

By the way, I originally thought that silly bands were an overpriced waste of money, but as it turns out, they are actually frugal fun! Aidan spent $20 of his birthday money on a Spider Man toy (which seemed sturdy and fun) that he has hardly touched, and $9 on silly bands, which he has played with (and traded) constantly. Silly bands are not really the point of this post! Moving on…

It was raining today, so we needed something fun to do inside. We decided to make battle fields for our army guys out of posterboard. (Army guys are GREAT frugal entertainment!)

This idea came from a friend at church who is a police officer and soldier. He told us about all the fun army guy things he used to play as a kid, and I responded with, “But you never grew out of army guys! I’m not sure I want my son to be a soldier!” (Aidan later told me that he has no desire to be a soldier, but I really would be okay with it if he did… I’m sure that every mom is nervous, though, about her son joining the armed forces…) 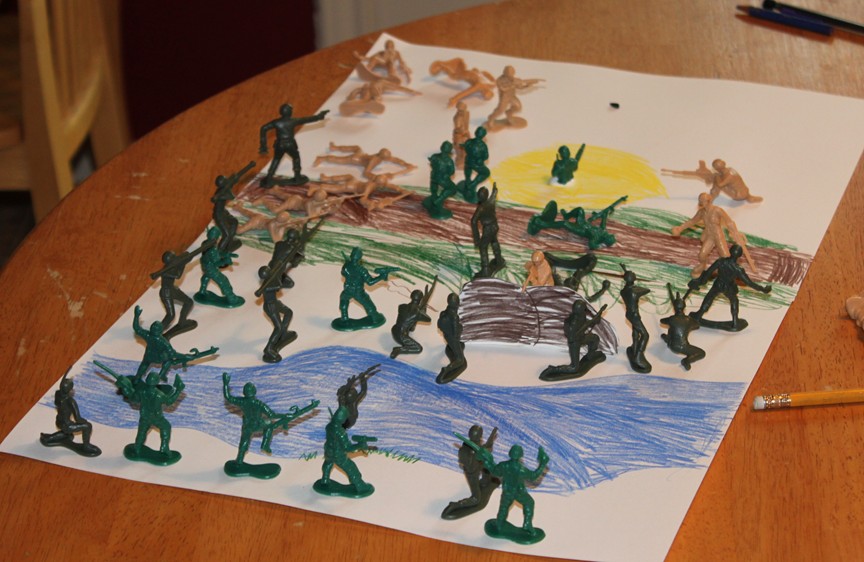 We used two quarter sized sheets of poster board and taped them together with masking tape so that they fold up in half (like a board game) to make storage easier. 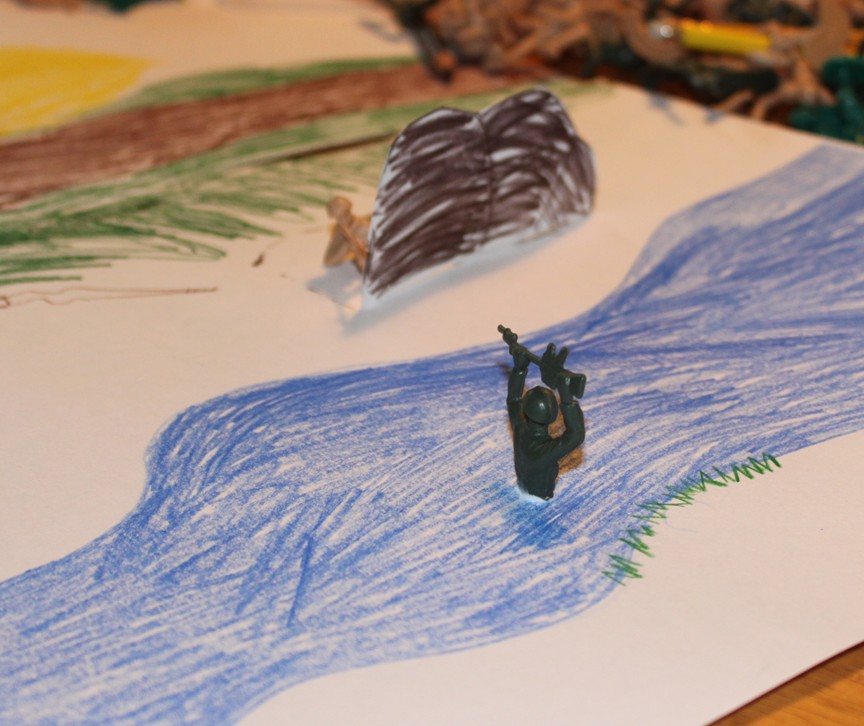 This picture shows some of the detail. We added some standing up posterboard “rocks” that fold down flat when you fold up the board. We also had fun cutting some of the guys in half so that they could be “wading” in the water. The guys in the water are glued down. Aidan’s friend had the idea of drawing quicksand for some of the guys to be sinking into! Aidan is not really a detail guy, so he wanted to make this really fast so that he could get on to playing. If you have someone who is more detail oriented, there’s all kinds of other things you could add… paper tents for the guys, trees, trenches, etc. I was also wondering about using lincoln logs to build forts.

I’m finding that there are so many things we can do with just a posterboard! We’re going to have to watch for a sale so we can stock up!