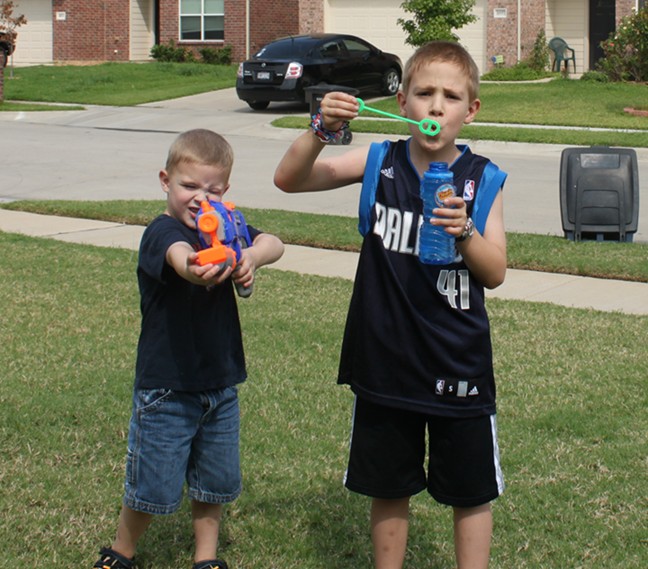 This idea came from a friend who also has three boys! Her youngest is the same age as my oldest, so I asked her what she used to entertain her boys with when they were younger. She suggested blowing bubbles for the boys to shoot with their water guns. Well, that was right up our alley!

Since it’s still totally summer where we live, we tried this activity out today. It was a big hit! We did have to discuss the fact that if you shoot at a bubble, the water is going to also hit whatever is behind that bubble (Mom’s face, baby brother, etc.). My oldest had a harder time with this than the middle son, so maybe this is a personality thing?

Also, I think that next time we will try smaller water guns. Our big super soakers were kind of overkill, and I think that they would be able to aim better with a small water gun.

All in all, a fun activity! We love to shoot things!