Merry Christmas, a day late!  We were blessed to have a picture perfect day here complete with a fire in the fireplace and snow falling outside!  For Texas, a white Christmas is a very rare thing.  We had snow on Christmas three years ago, and that was the first white Christmas in something like 80 years.  Well, it happened again!  Christmas morning began with thunderstorms and heavy rain, but by lunchtime, the rain gave way to a beautiful snow fall!

On Christmas Eve, the boys opened their gifts to each other, which has become our tradition.

After repeatedly being told “no” about touching the rolls of wrapping paper, Jonathan was not sure what to think when we were encouraging him to rip it! 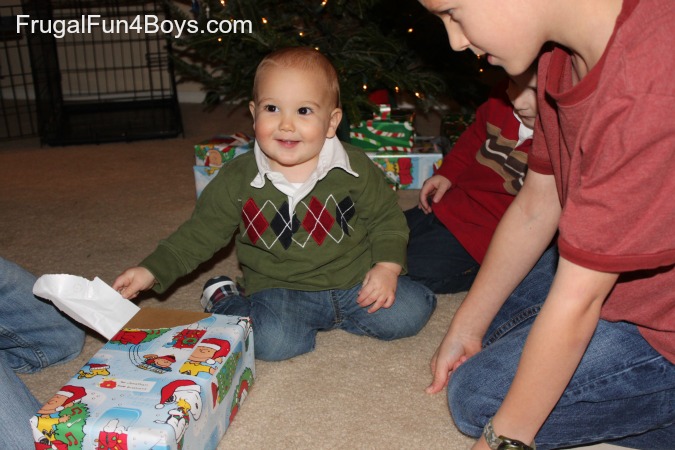 Aidan bought this Lego watch for Gresham. It came with a Jedi Luke minifigure, and Gresham was SO happy! Aidan used his own money to purchase it on sale at Toys R Us.  In fact, there was an error on our receipt, and the salesperson at Toys R Us ended up giving us the watch for half price.  What a deal!  We were very thankful for deals and sales this year as we are going through a time of low income.  I was especially thankful that Aidan was able to afford this watch since it was such a thoughtful gift idea – something that his brother truly wanted! 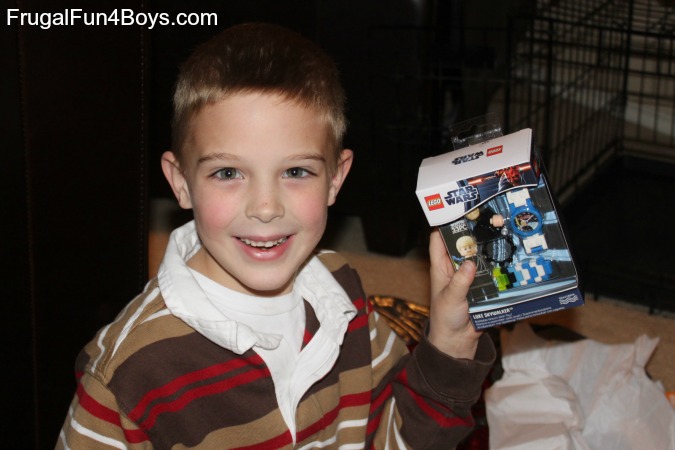 I got the boys each a Lego Series 8 minifigure for their stocking.  Normally, we feel the packages and try to figure out what we’re getting, but I was in a hurry and just grabbed three packages.  The boys ended up with a fairy, a cowgirl, and a cheerleader.  Good job, Mom!  Oh well, at least all three of them got stuck with girly ones, so maybe that makes it better?

I really wanted to get my husband a ping pong table, but there was no way to fit that into the budget.  I would have been happy with a used one, but December seems to be a slow time for selling things on Craigslist.  I found this net for the kitchen table at Target and wasn’t sure if it would be all that much fun or not, but I decided that it was worth the $13.50 sale price.  Well, it was perfect!  Jordan and the boys love it, and I can tell that it will be perfect for some active play on cold winter days. 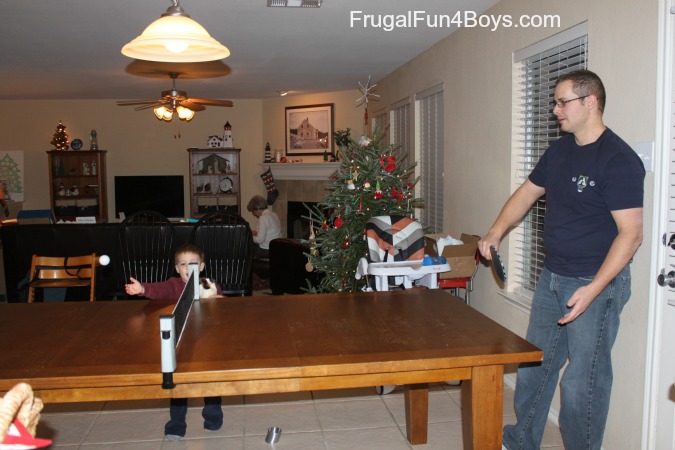 We bundled up the boys and they spent all of about 15 minutes playing in the snow!  It was 30 degrees, so it wasn’t all that cold, but the wind and blowing snow were miserable to be out in.  It was still beautiful! 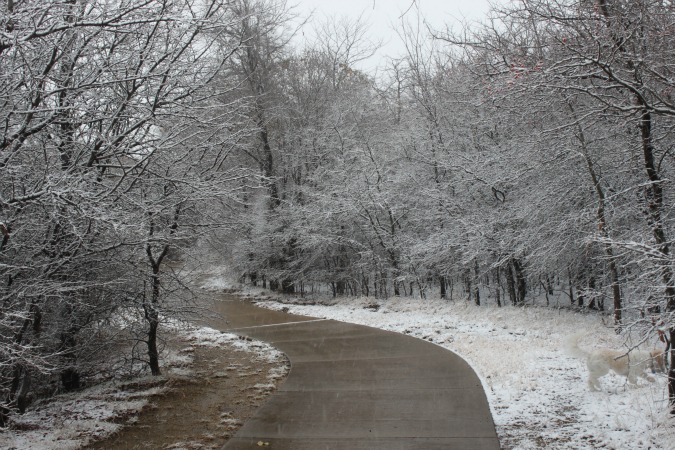 I hope you all had a wonderful Christmas!