Yesterday morning, my boys announced that they were going to be pirates. You never know what they might be on any given day – superheroes, dinosaurs, cowboys… yesterday, it was pirates. They dressed up in the pirate items that we already had – a pirate hat, some bandannas, and foam swords, but they needed a map. And treasure. 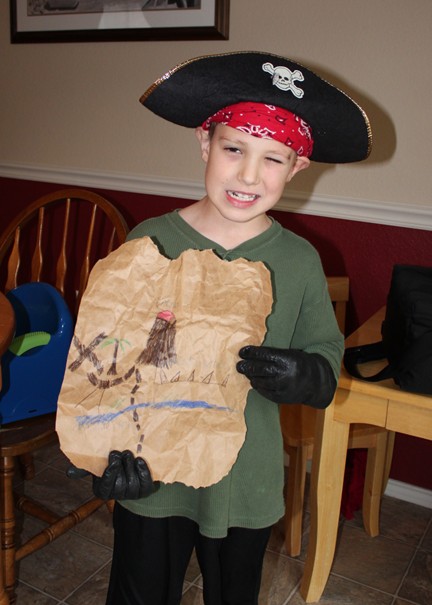 Aidan made a treasure map by drawing on a piece of a brown grocery bag. We tore the edges and wrinkled it up to make it look old. 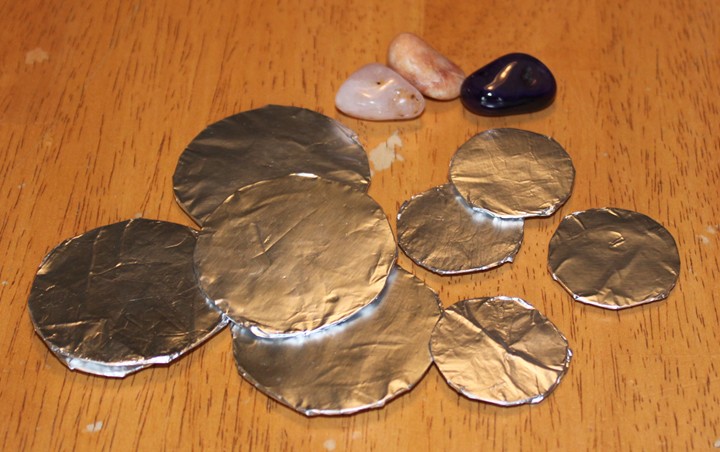 For treasure, we made some coins by cutting different sized circles out of cereal boxes and covering them with foil. We also found some tumbled rocks from our rock collection to use as jewels. 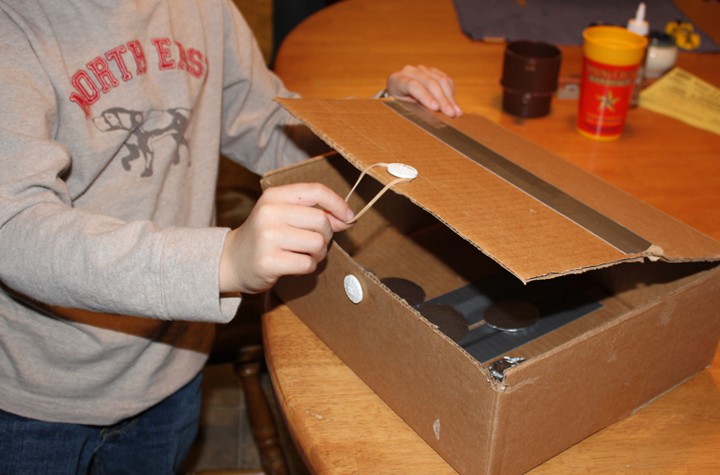 The treasure chest was mostly Aidan’s idea. We took a cardboard box and cut off the side flaps. Then we cut off one of the flaps on the top and taped it to the other one so that the box would open on one side instead of in the middle. Aidan wanted a lock on it, so I suggested that we glue on two buttons and use a rubber band to hold it closed. It worked pretty well!

You could make the box look even more like a treasure chest with a little more decorating, but my boys are more into functionality than design…

The best part about toys like these are that they cost almost nothing to make, and we can throw them away or recycle them when we’re tired of the game!