My second son is currently working on counting coins, which can be kind of an abstract concept – especially since a dime is smaller than a penny! He is pretty solid on the value of each coin, so I came up with a few activities to help him practice counting different types of coins together. 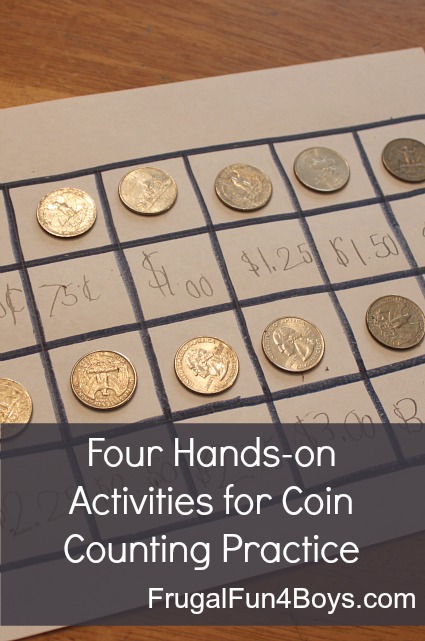 All of these activities require only paper, coins, and something to write with, and can be put together in under five minutes, which is very important when you have a three year old helping himself to a snack and a toddler clearing all the books off the shelf and a first grader asking you if his math is ready yet! 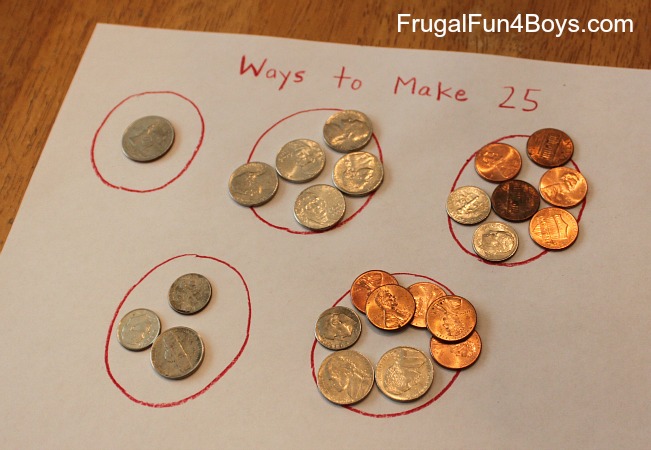 For this one, I quickly drew five circles and told Gresham to fill each circle with different ways that he could make 25 cents. I told him that one of the ways could NOT be 25 pennies!

Activity #2: Count out the amounts 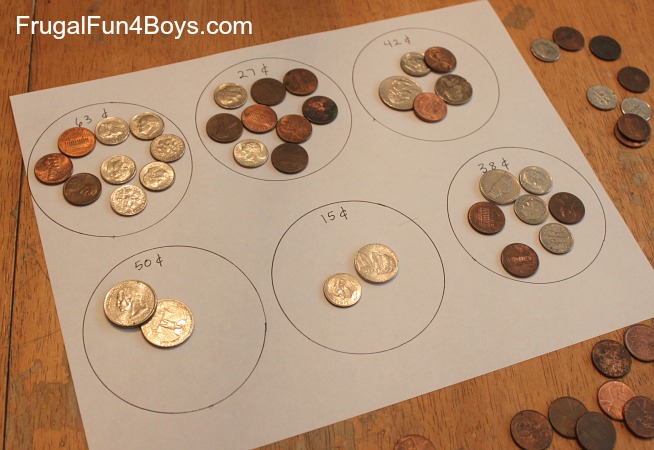 For this activity, I made two sheets with 6 circles on each sheet. Each circle had a different amount written in it, and Gresham counted out the coins he needed and put them in the circles. This kept Gresham happily engaged for quite a while, I did not have to sit next to him telling him what to do next, and then I could quickly come back and check his work when he was finished! And, I can recycle the sheets another day by crossing out the amounts and writing in some new ones. 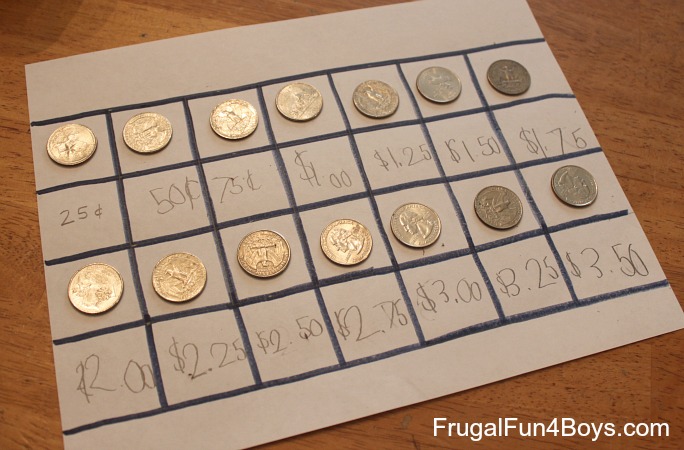 Quarters are tricky to count at first, until you get the pattern down. Gresham and I made this quarter chart together. It was the first time that he has written amounts with dollars and change, so I showed him how to make a dollar sign and how to use a decimal point. This is where practicing patterns during the preschool years pays off! When Gresham would get stuck, I would read what we had so far out loud to him (25 cents, 50 cents, 75 cents, $1.00, $1.25, so next would be…) and he would be able to fill in the blank after hearing the pattern. Gresham is definitely a visual learner, so making this chart really helped him get the hang of counting quarters.

Activity #4: Most and Fewest

This game is on the schedule for today! If you will notice from the pictures above, Gresham uses a lot of pennies and dimes – for example, 63 cents is made with 6 dimes and 3 pennies. We’re going to play a game where I give him an amount, and he has to figure out how to make that amount with the most number of coins (but not all pennies – that would always be the most!) and with the fewest number of coins. I think this will be challenging!

For more money practice, check out our fair or not fair coin counting game!