This summer, I have been teaching Sunday School for 3 year olds through kindergarten at our church.  The preschool classes rotate to different stations, and I am the lesson station.  I get to teach the Bible lesson four times to the different classes.  We have been studying creation using the curriculum He Has Been Clearly Seen from Children Desiring God.

Today we learned that God created the sun, moon, and stars, and that He gave us the heavenly bodies to provide light and also to establish seasons.  I usually try to have as many visuals as possible to keep these little ones paying attention, and today I showed them these stars: 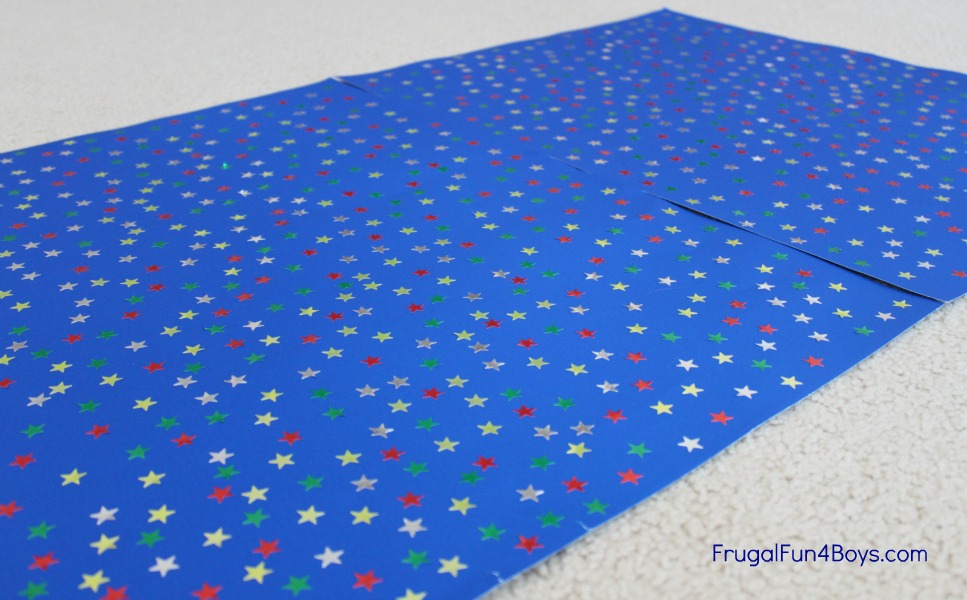 This is 1,029 stars! (Well, minus a few on the edges that are cut off in the picture!)  I got that number from a book called It Couldn’t Just Happen.  Scientists do not have a firm number on how many stars there are, but it’s estimated that there are over 200 billion!  According to my book, if you could actually count the stars visible with the naked eye (and keep track of which ones you’d already counted!), you’d get 1,029.  According to Wikipedia, up to 45,000 stars can be seen in absolutely perfect conditions (no light pollution or dust – probably not attainable anywhere on earth).  In real life, about 200-500 stars are visible in a city area. Galileo’s telescope made 3,300 stars visible.  I showed the children two posterboards full of 1,029 stars total.  3,300 would be about 6 posterboards, and the total amount of stars in the universe would be about 400,000,000 posterboards!

“Lift up your eyes on high

And see who has created these stars,

The One who leads forth their hosts by number,

He calls them all by name;

Because of the greatness of His might and the strength of His power,

not one of them is missing.”

What a great God we serve!  I explained to the children that we have trouble keeping up with things like Legos and shoes, but God knows the exact location of the billions of stars, and He keeps them all in their places!  And in the midst of His vast creation, He has chosen to love and care for us (Psalm 8)!

P.S. – The book It Couldn’t Just Happen was written in 1989, and although there is a new version available, I don’t really recommend it because it does not clearly teach 6 day creation.  It does have some interesting facts, but there are better resources out there. The Astronomy Book by Jonathan Henry is a good one. That book is part of a series (fossils, weather, etc) and they are all good!  We also like Answers in Genesis.