The LEGO® building challenge for this week was to build a board game out of LEGO®’s! 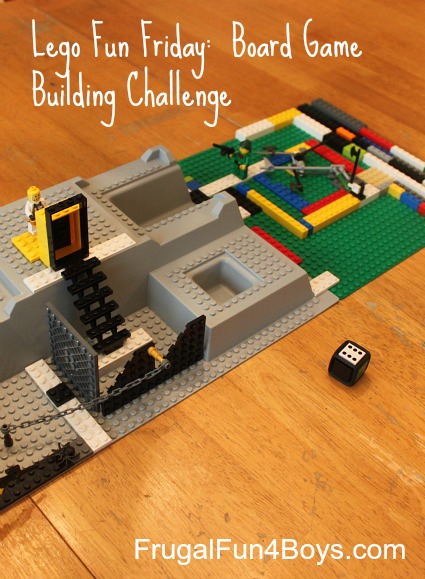 The boys had a great time building their games! We own the Lego Minotaurus game, so that gave them a basic idea to work from. Well, they were way more into it than I thought they would be, and their games turned into epic adventures with amazingly complex rules! If I’d made them write down the rules, it would have taken volumes of paper. Both boys used the die from Minotaurus. It has the numbers 4, 5, and 6, and then the other sides are green, gray, and black. They said things like, “First you travel down this path, then you have to roll green to get a sword. Then you have to land on the black square so that you can jump over the wall and fight the two bad guys. Then you have to roll for a different weapon…” It was really funny!

This is Gresham’s game (age 6). His game is called Dragon Castle.

The object of the game was to conquer the enemy castle without getting killed by the dragon. If you rolled a green, however, it would earn you an extra life! 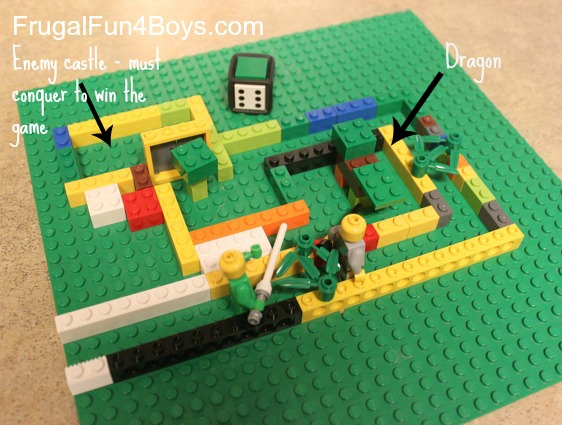 His most creative feature was vines that you had to chop down by rolling black on the die. Then the vines would close back up again and the next person would have to roll black to get past them. 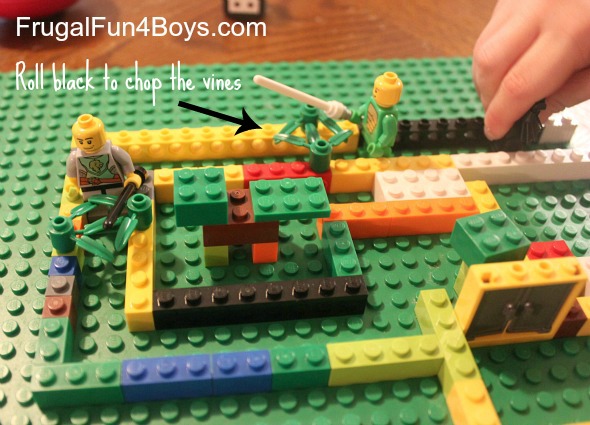 This is Aidan’s game (age 9). His game is called Rescue.

The object of Aidan’s game was to rescue a prisoner from the dungeon. It started out on one platform and then expanded from there! 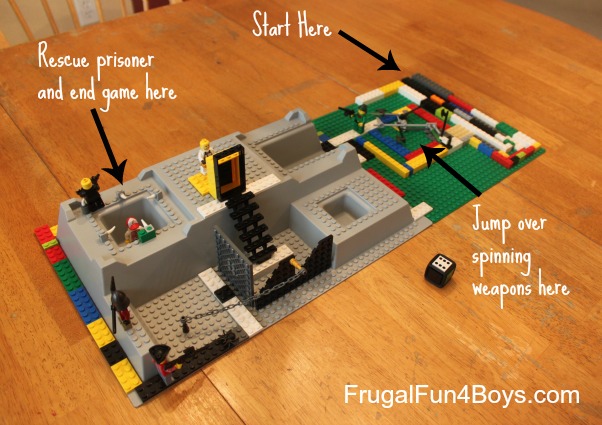 We’ve had a lot, lot, lot of sibling conflict lately, but the boys really did a great job playing their games together! They were under strict orders not to change the rules as the game went along, and they stuck to that rule pretty well. 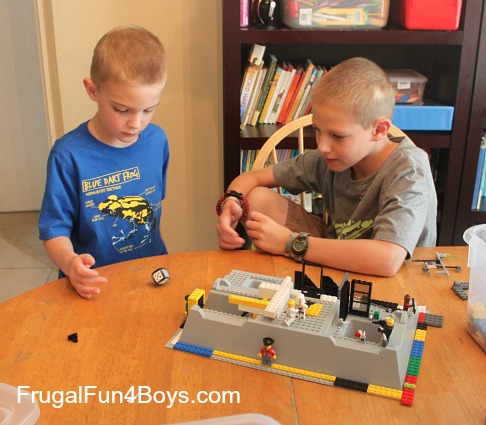 We will definitely be pulling out this idea again this summer when it’s too hot to do anything outside!

Because the month of May is so busy, we’ll be taking a break from LEGO® challenges until June. We’ll be announcing a new building challenge the first week of June.