It’s time for LEGO® Fun Friday! This week’s building challenge was to build something from a movie.

Aidan built a scene from Peter Pan. He made Captain Hook’s boat with Smee, John, Michael, and Wendy. 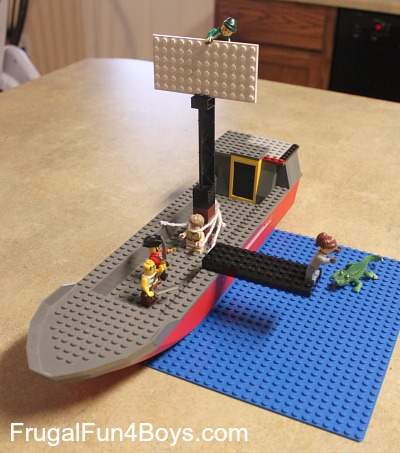 John and Michael are tied to the mast… 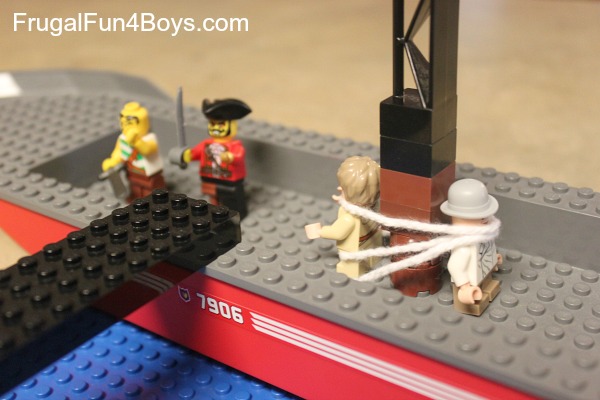 But Peter Pan is there to finish off Captain Hook! 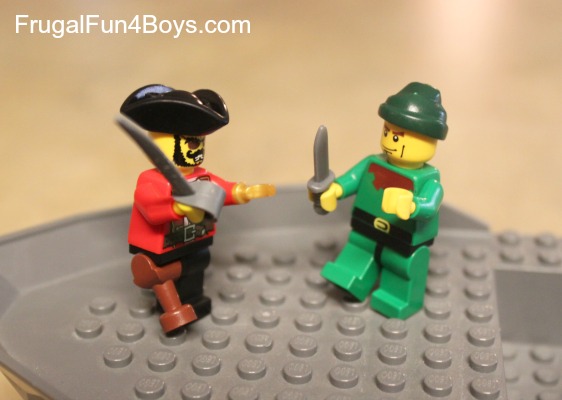 Gresham wanted to build something from Star Wars, but he didn’t want to make an actual scene from the movie. He said that his creation is a Sith and Jedi chase. 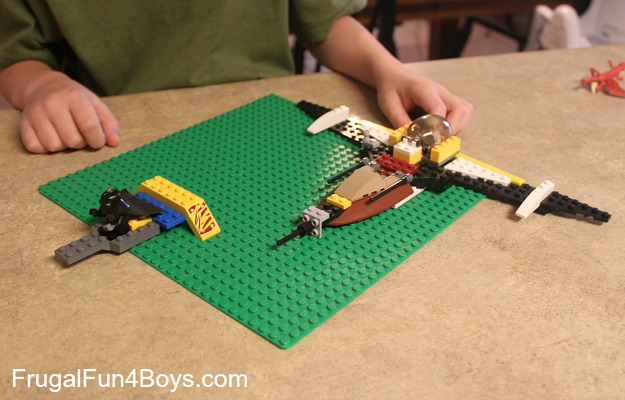 It cracks me up how different the boys are at times! Once Aidan builds something, he never wants to take it down. And he keeps his sets built according to the directions. Gresham, on the other hand, rarely keeps his sets together for long! He built this plane out of pieces from an airplane set that he bought a few weeks ago and pieces from the Star Wars Desert Skiff. 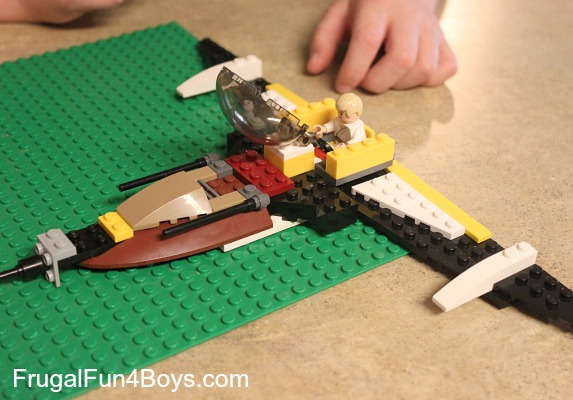 Now it’s your turn! Link up a LEGO® blog post here, or share photos of your children’s creations on the Frugal Fun for Boys facebook page. Blog posts for the link-ups do not have to be about the building challenge – any LEGO® post is fine.

But first, the next LEGO® Fun Friday will be Friday December 6th. The building challenge will be to create a Christmas ornament out of LEGO®’s.