I bought these knit winter hats at Target this past weekend – on clearance for 50 cents in the boys socks/underwear department!! We added a little felt (based on an idea that I saw in Family Fun Magazine) and made some fun hats! 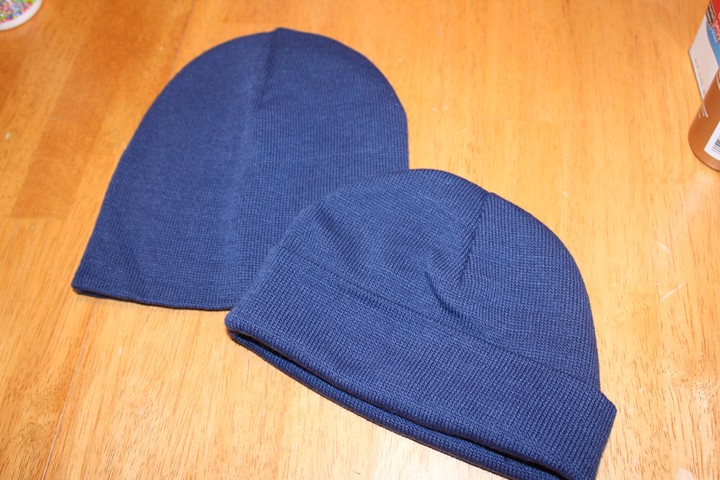 Gresham wanted to have a monster hat. He had a hard time cutting the felt, so I pretty much made it for him. To make the mouth, I folded over a little edge of the brim and sewed three felt teeth inside the folded edge. We could have glued on the eyes, but I decided to sew them on while I was at it. 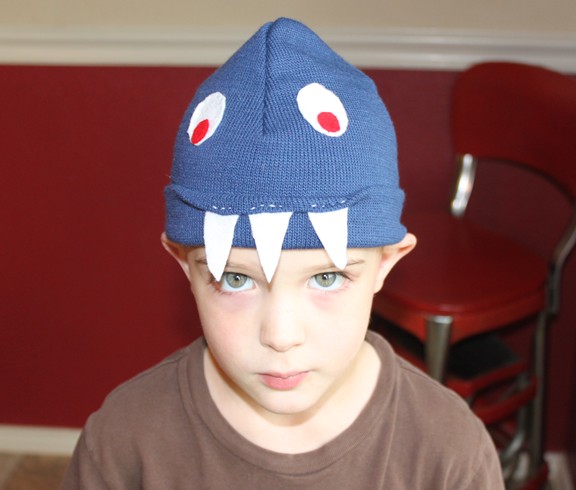 Aidan wanted a Robin Hood hat. He cut out the feather himself, and I stitched it to the inside of the brim. 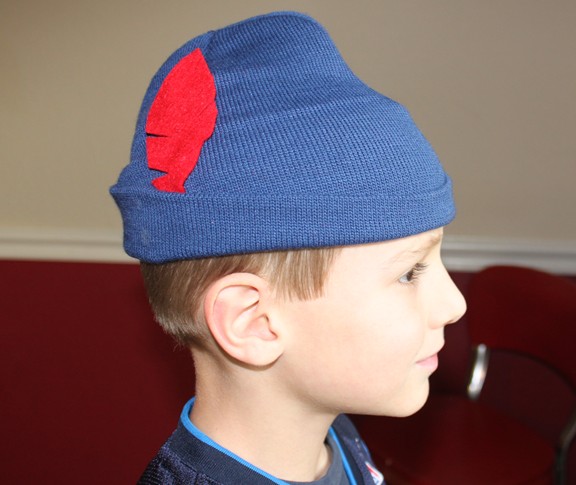 Now we’re all set for cold weather! This has actually been a super mild winter for us. Today it’s in the 50’s, but we have had plenty of days in the 60’s and 70’s. I’ll take it!