When I saw this idea for mess-free finger painting on Pinterest from Mama Smiles blog, I knew I had to let Owen try it! Owen loves any kind of sensory experience, and if I don’t provide enough for him, he will find his own. So it’s best to be a step or two ahead of him!

To make one, simply pour some paint (or shampoo, or hair gel, or ketchup, etc.) into a gallon-sized ziploc bag. Tape the bag down to the table to make it easier for little fingers to draw in the paint. We put a sheet of white paper under the bag to provide more contrast as suggested on Mama Smiles. 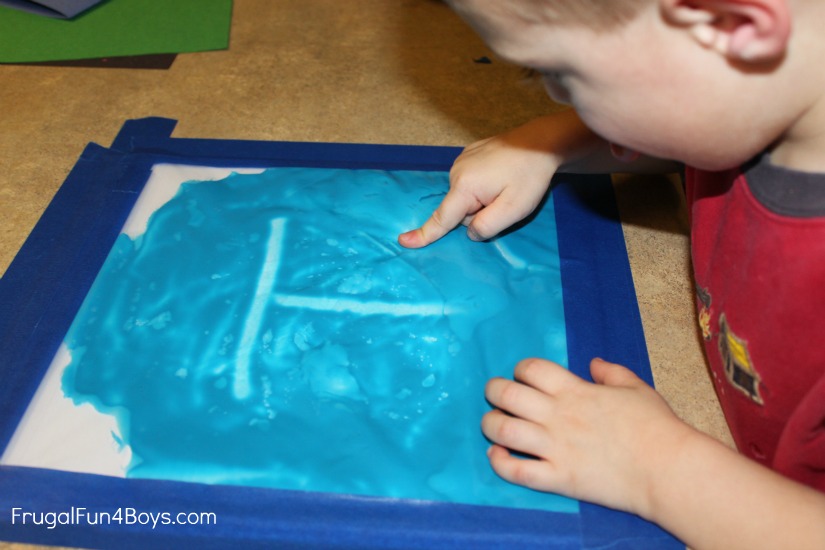 Owen just turned 3 in May, and I am starting to work with him on recognizing the letters of the alphabet. He can draw an O and a T! 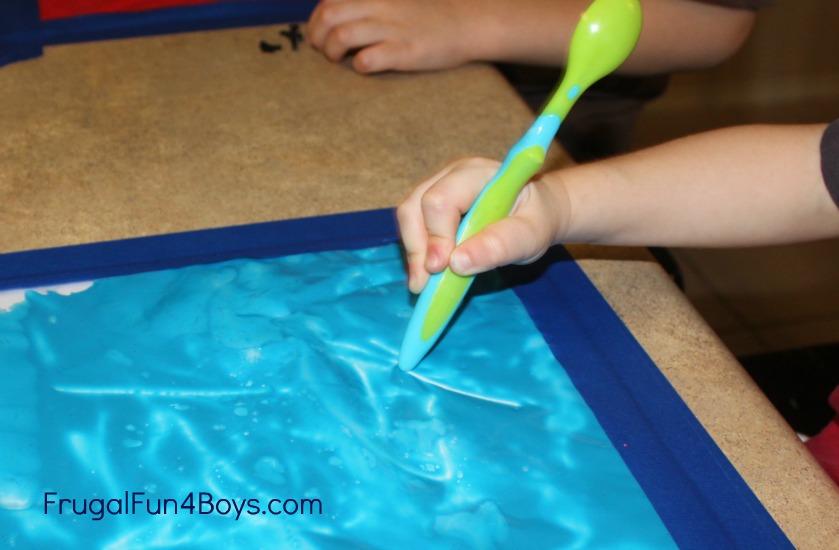 We found that the opposite end of a baby spoon was the perfect tool for making smaller lines in the paint!

We also found that more paint did not equal more fun. I set up two bags, and the one with less paint in it was actually easier to draw in.

The older boys enjoyed this activity as much as Owen did! They tried making dinosaur footprints and Lego footprints in the paint, and also played tic-tac-toe. It was great mess-free fun for a hot afternoon!