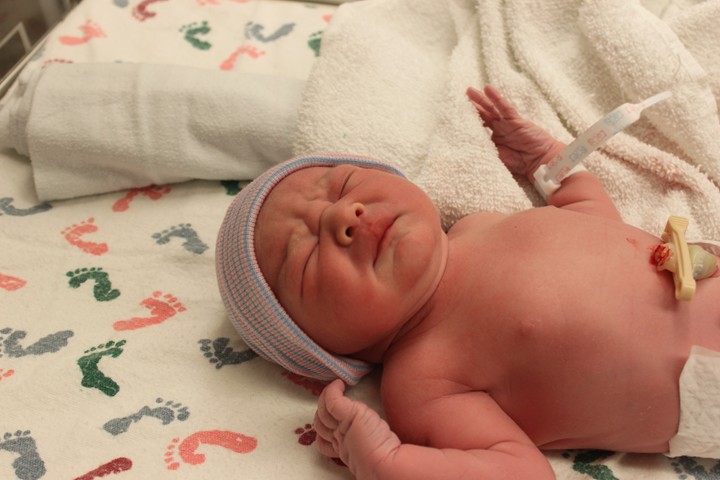 Fresh from the womb… fearfully and wonderfully made! 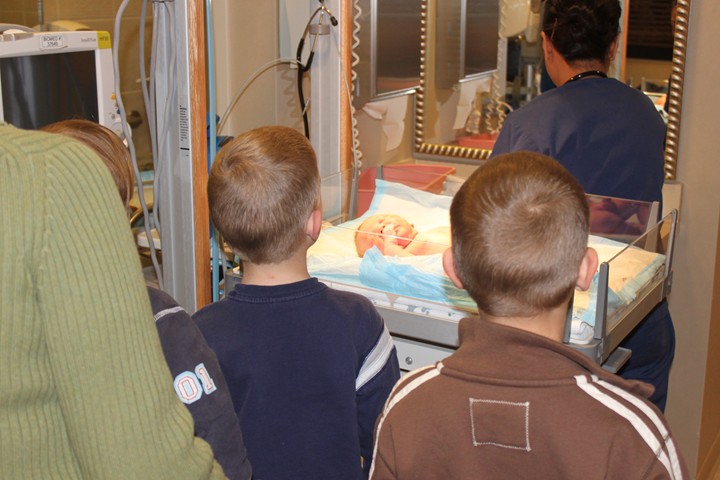 The hospital does the bath in the mother’s room now, so the boys got to watch! 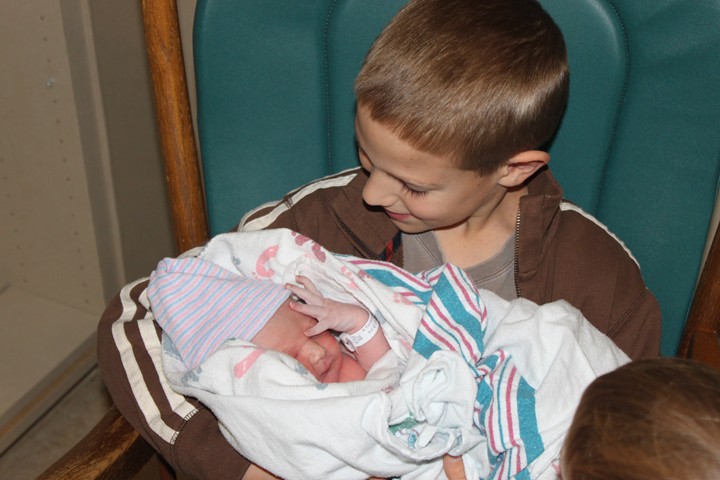 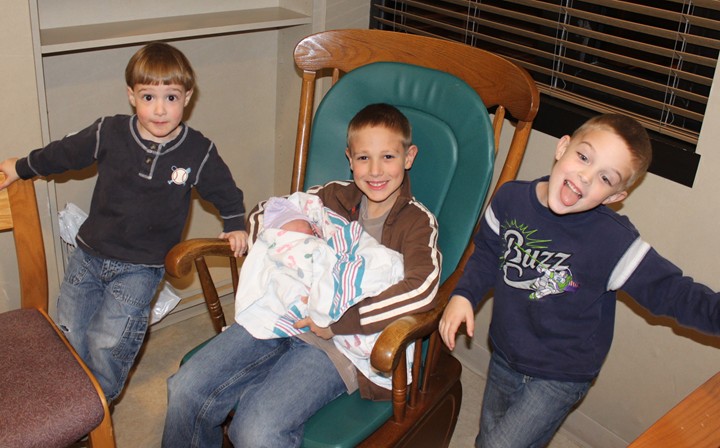 All four boys – what a group! 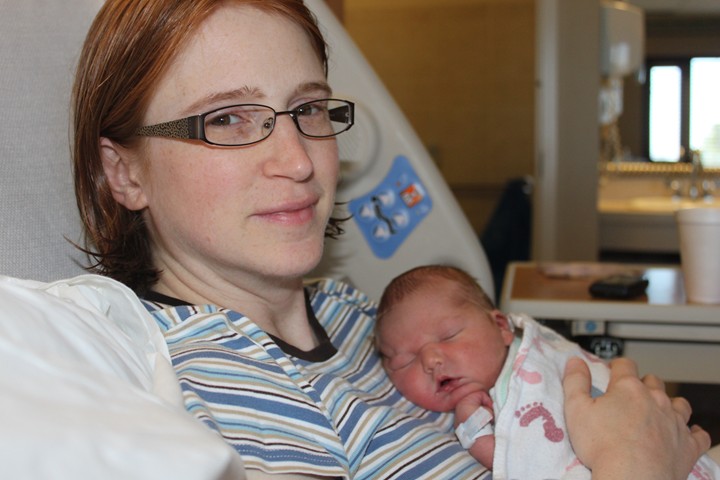 Wow, I look tired in that one… 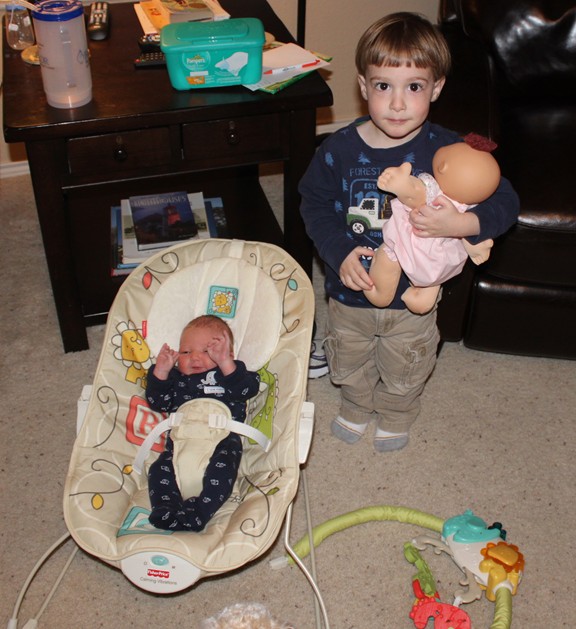 We were a little worried about how Owen would react, especially since he can’t stand for Mom to hug anyone else but him! He has done really well so far! The first night that we were home, he got out our one and only doll and decided it would be “his baby.” He loves holding and “petting” Jonathan (we keep telling him that the baby is not a dog!) and seems to really like him. Since I had a c-section, I can’t pick Owen up for a few weeks. That hasn’t bothered him too much so far. We’ll see…

The night that Jonathan was born, my parents brought the boys up to the hospital. Owen had seen the baby and touched him, etc., and then tried to get up on the bed with me. My dad told him, “Oh, you can’t climb on Mom! She’s sore from the baby coming out!” Owen said, “Oh! Baby come OUT!” like it was just dawning on him that this baby was the one that had been in Mom’s tummy. Too cute!