There are some great deals on LEGO® sets on Amazon right now, and there are also some awesome new January releases! Some of the new releases are also already on sale, which is a win-win. Woo hoo!

As always when I post about LEGO® deals, I have checked the prices against Lego.com to make sure that Amazon’s sale prices are truly sale prices. Amazon often raises prices on retired sets or sets that are in short supply, so be careful of overpaying on Amazon! Also remember that Amazon can change prices at any time, so double check the price before ordering the sets I’ve highlighted here.

Let’s start with the new sets! 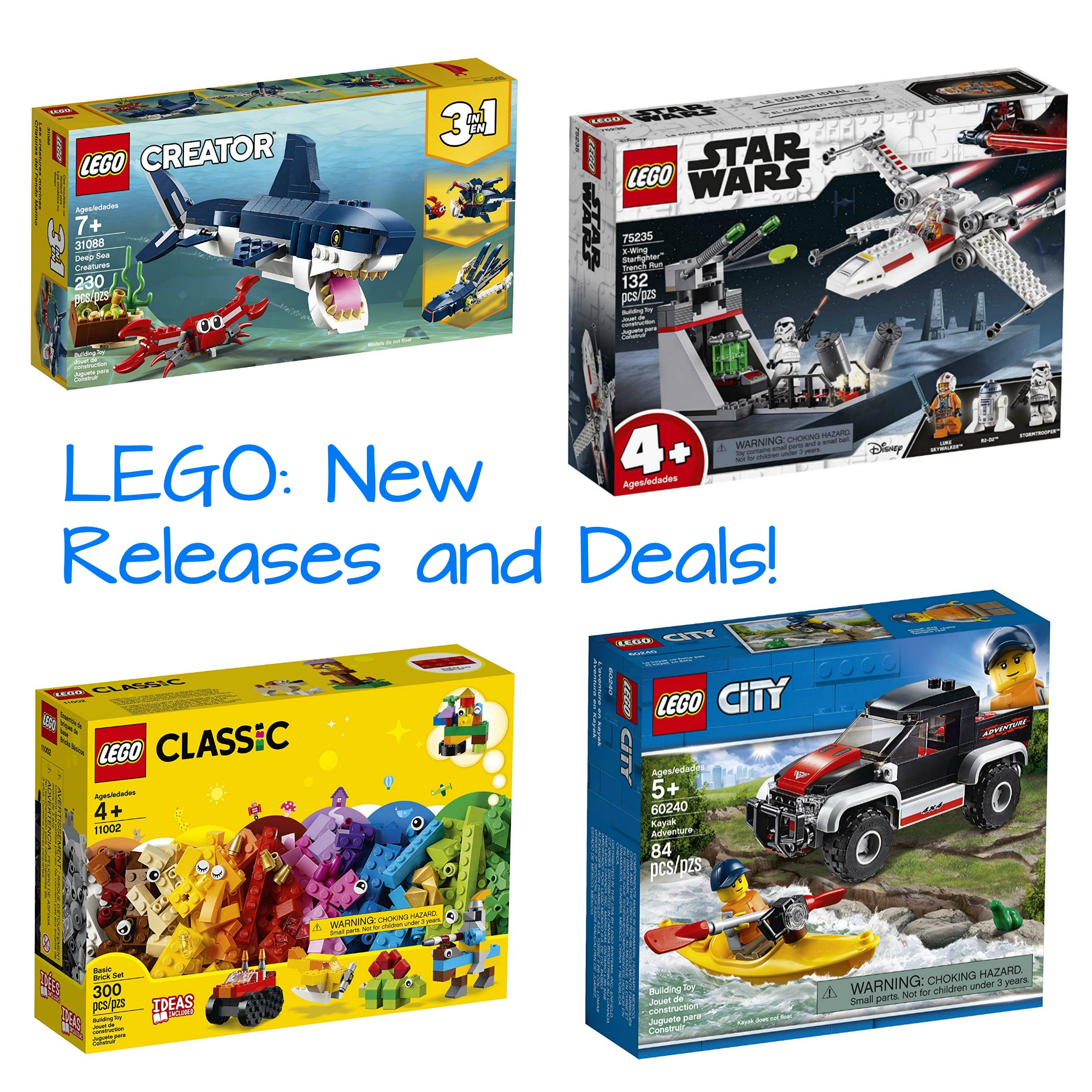 There are lots of new sets to go with the new LEGO® movie, which we have not seen yet! Also some Overwatch sets, which we know nothing about since we don’t play the game.

There are several new 3-in-1 Creator sets. These types of sets end up being some of our favorites!

Check out the new SHARK Creator 3-in-1 set. Build a shark, a squid, and an angler fish (but not all at the same time). This set looks really awesome, and it’s already on sale for $12.93, marked down from $14.99. Definitely a good value.

There are several new Classic sets, including the LEGO Classic Basic Brick set – on sale for $17.97, marked down from $19.99.

I’m excited about the new Star Wars sets for kids ages 4+. These are not labeled “juniors,” but I think the new 4+ label may have replaced juniors? Anyway, most of the Star Wars sets are ages 6+ so these are a little easier to build. The reason I’m excited about them is the size and the price. Instead of a giant X-Wing that takes up a whole shelf, the X-Wing set is a great size for kids to carry around and play with.

There are also several new Speed Champions sets, which they are excited about.

Here’s a list of sets that are on sale for a great price!

The LEGO City Mountain Police Headquarters is on sale for $71.99, marked down from $89.99. Jonathan got this for Christmas, and it’s really awesome!