Aidan is turning 8 this summer. Eight. This makes me officially old, I think. Okay, maybe not that old, but it definitely feels like a new stage for him and for us as his parents!

Aidan has been having a hard time entertaining himself lately. He’s getting a little too big for the stuff his brothers like – duplo legos and dinosaur figures, etc. He likes to read, but he has WAY too much energy to read all day. I think it’s time to learn some more heavy-duty chores. Today he vacuumed the living room, and really did a good job on it. It’s nice to be able to ask him to do that and know that it will be done right.

Also, he has found two new hobbies: bug collecting, and wood working. Both of these hobbies are messy, and the wood working has the potential for injury, but I keep reminding myself that if I want a child who works and plays and creates things (rather than being glued to an electronic device of some sort), there’s going to be mess involved! 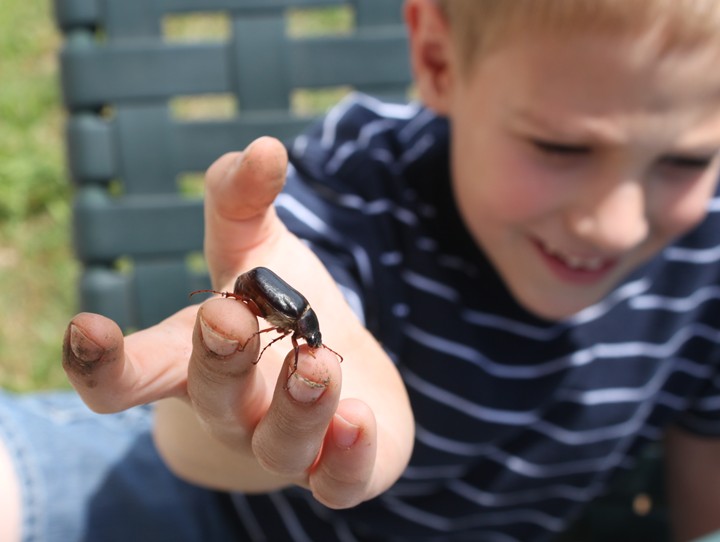 Aidan is constantly finding some sort of critter in the yard and letting it crawl all over him. Then we have to make a home for it, and it has to live on the kitchen table. It’s disgusting, really, but I’m glad he’s having fun! As long as I can admire his “pets” from afar… 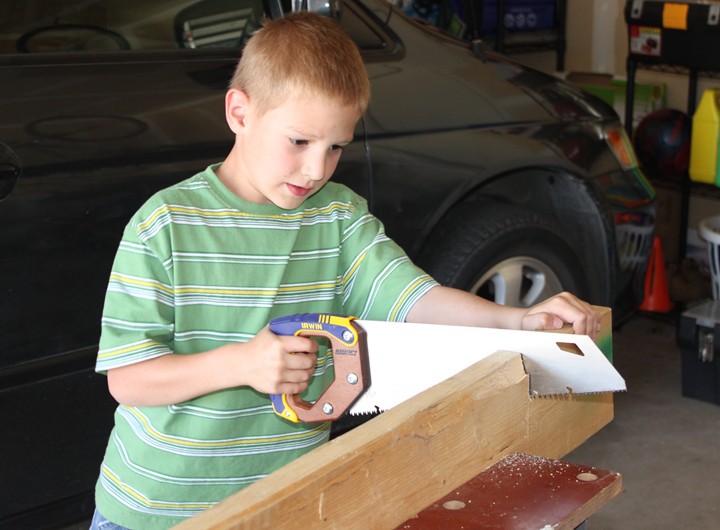 Aidan is also learning some basic woodworking. When I told him that he could go out in the garage and hammer nails and use a real saw, he was thrilled! He spent all afternoon on Saturday out in the garage. He’s not really building anything in particular yet, but I’m loving the fact that hammering nails into scrap boards is keeping him busy and burning energy at the same time! It’s a win-win!

Home Depot sells scrap boards for cheap. I think they were 50 cents to $3 depending on the size of the board. We need to go buy some more! We had nails left over from our rainstick project, and they were only $1.97 for a 1 lb. package at Walmart, so I don’t mind him using a bunch.

Our rules for woodworking are:

What do your older boys do to stay busy?