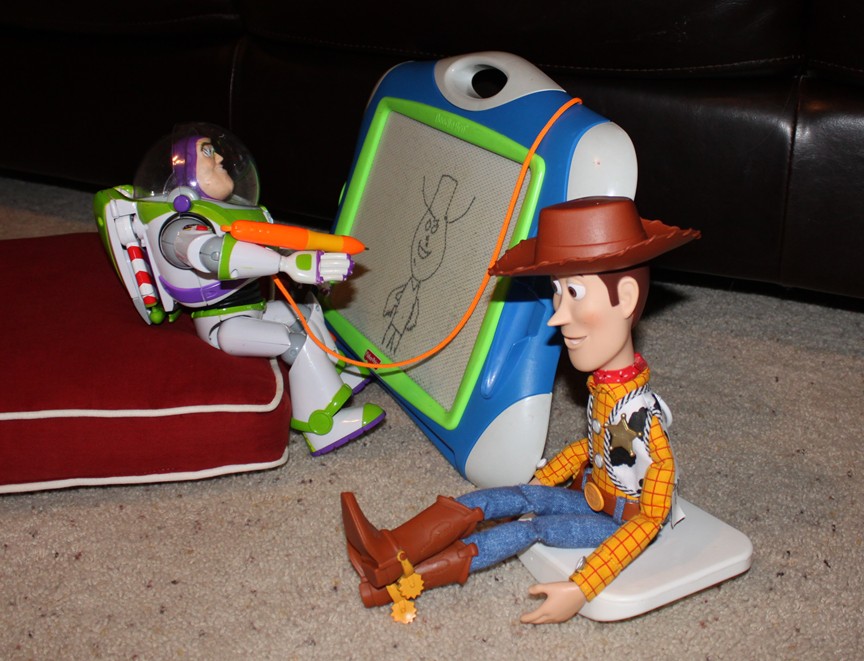 It was a quiet afternoon. The toys had settled in for a little art time… 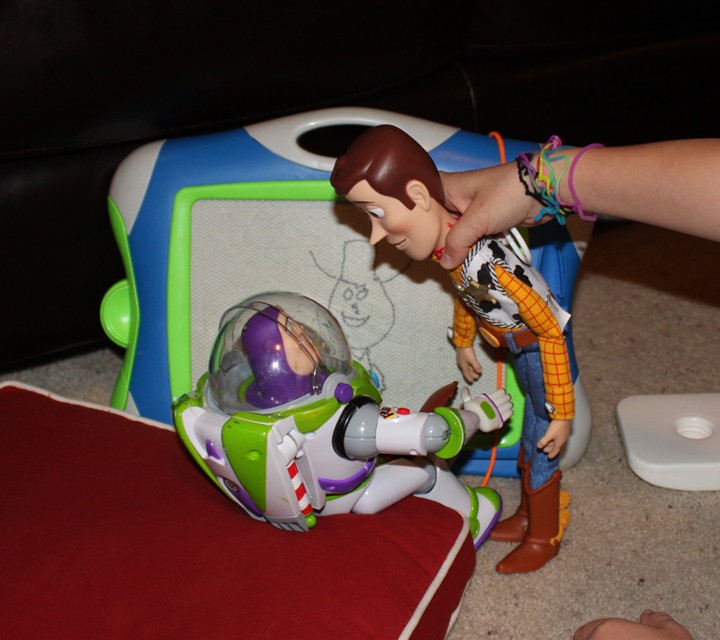 Things were going well until Woody got a glimpse of his portrait. “Why did you make my head so fat??” he demanded. 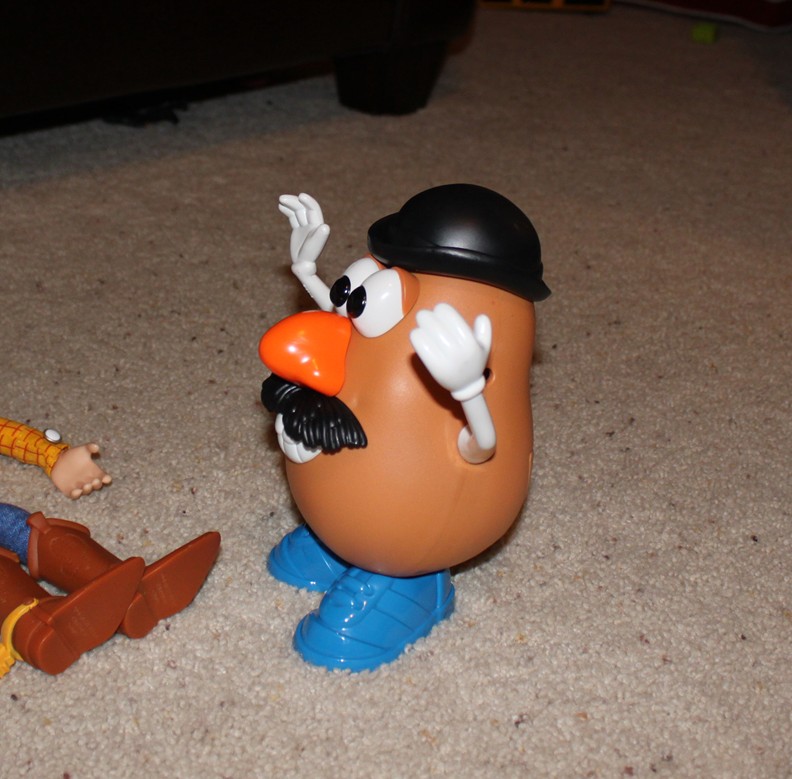 Suddenly, Mr. Potato Head burst in. (Batato Head at our house…) “Sorry to break up this little tea party,” he said, “but my ears are missing!” 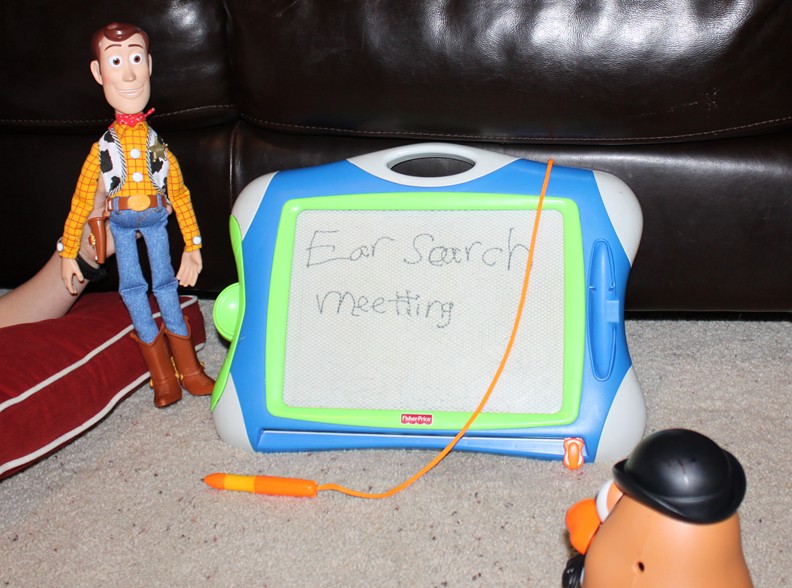 Woody quickly sprang into action. He called a meeting with all the toys. “Step 1,” he said, “Is to search under the couch.” 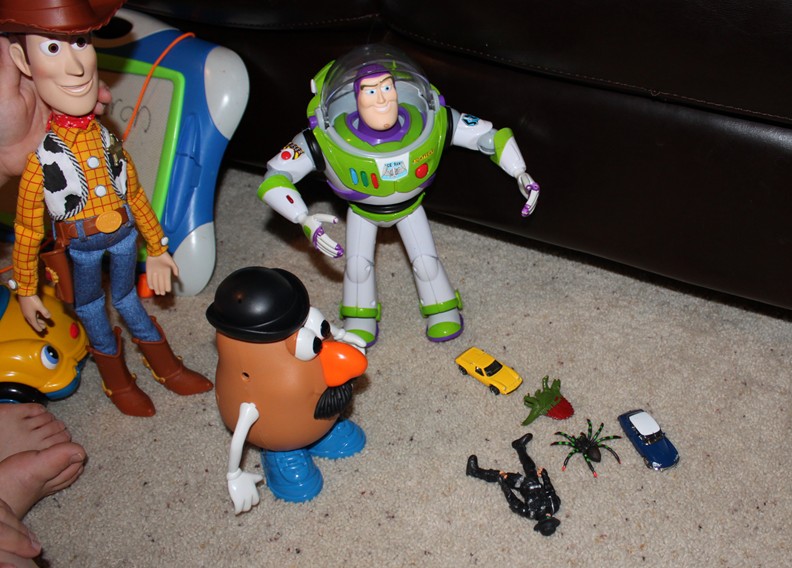 The toys found a lot of stuff… but no Potato Head ears. “This means a search of the entire house!” said Buzz. “There’s no telling where that baby of theirs might have taken those ears to. Quick, let’s find ourselves a vehicle!” 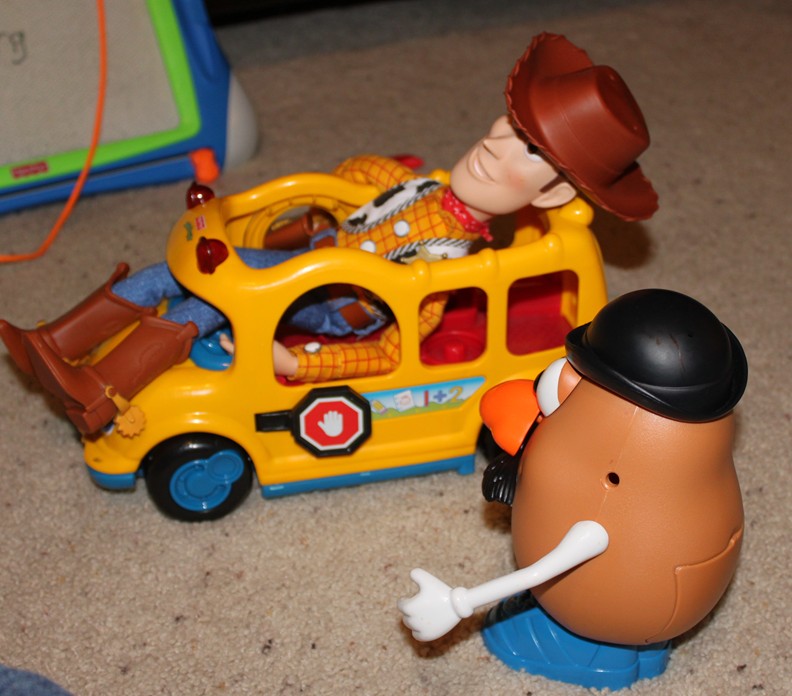 “Uh, Woody, pretty sure your legs shouldn’t hang out the front like that…” 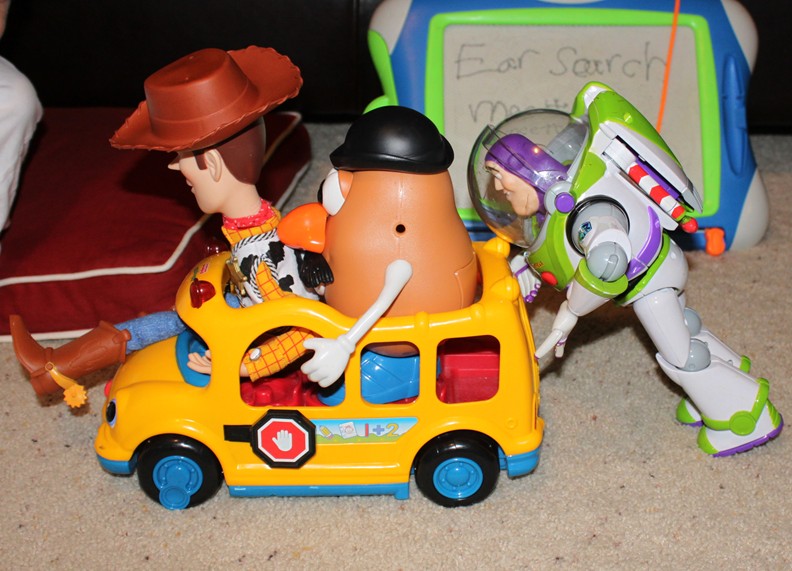 Finally, the toys were loaded and ready to go. Buzz volunteered to push, as this was not a battery operated toy. Well, unless you count the annoying song and the flashing lights…

“Yikes, potato-man! This is one heavy vehicle! What have you got in that compartment of yours? Rocks?” 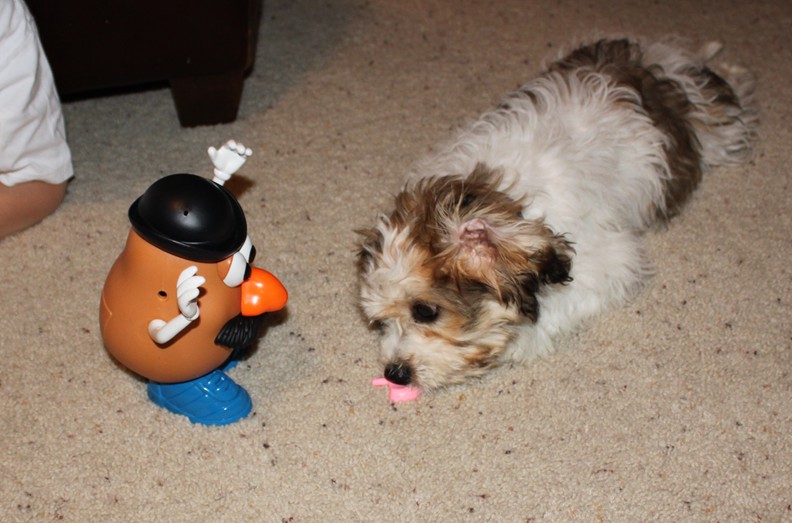 Just as the toys were about to give up hope, they spied something pink! “Hey!” said Mr. Potato Head, “It wasn’t the baby! It was that crazy puppy! Gimme back that ear! Ugh! It’s covered in slobber!” 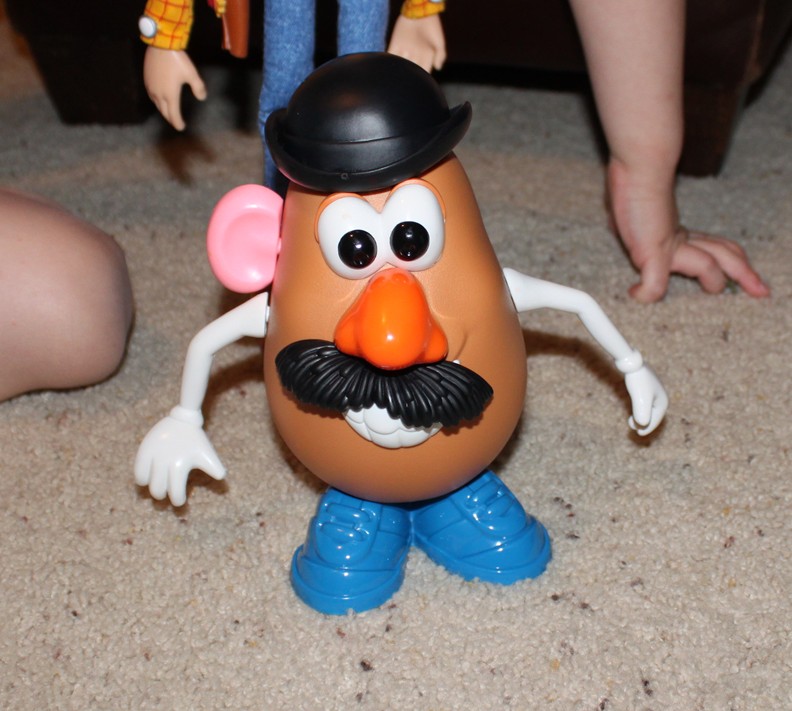 “Whew! It’s nice to be able to hear again!” said Mr. Potato Head, “although it’s kind of like being underwater… now to find that other ear!”