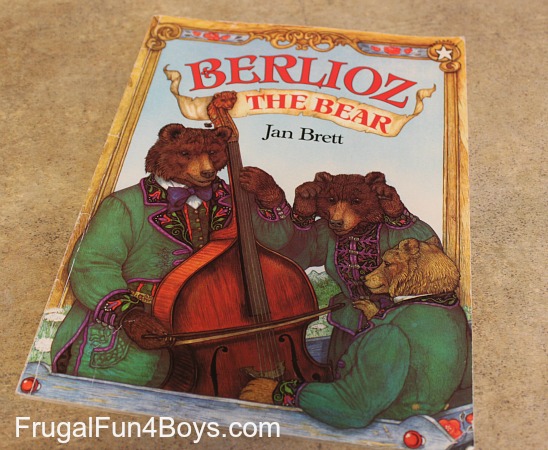 Berlioz the Bear by Jan Brett is one of our favorite books, and Owen (age 3) had so much fun doing activities with this book during his preschool time last week! Choosing a book to focus on each week has been a very simple way for me to provide more structure for Owen while his older brothers are doing school. Everyone benefits!

If you haven’t read Berlioz the Bear, the story is about a group of musicians who are on their way to play at a gala ball. That is, until the mule pulling their cart decides to sit down in the middle of the road! Several animals try to pull the mule along, and none are successful. Finally, an angry bee emerges from Berlioz’s double bass and stings the mule! The sting gets the mule to his feet and down the road to the ball!

After we read the book, we had to focus on the letter B, of course. 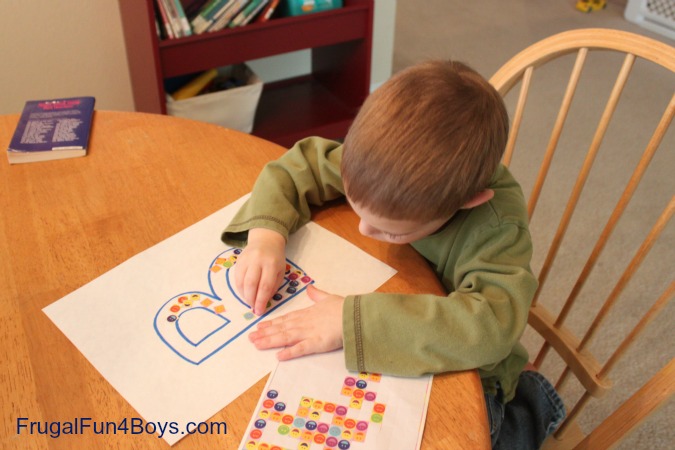 Owen loves stickers, and covering the letter B with stickers kept him quietly busy. He now consistently recognizes the letter B after doing this activity.

We also made an instrument – duct tape drums. I ended up blogging about those in a separate post which you can find here.

Gresham got out several of our toy animals and our wagon from our Western Playmobil set so that Owen could act out the story. He has a favorite toy bear that he named “Berlioz,” and he played with Berlioz all week!

We also played a simple memory game with the animals. I lined them up and had Owen study the animals. Then, he hid under the table (to eliminate peeking!) while I hid one animal in a box. Then, he had to tell me which animal was missing. It was pretty hard for him to figure out which one was missing, but he got the hang of it, and Gresham had a lot of fun playing too. 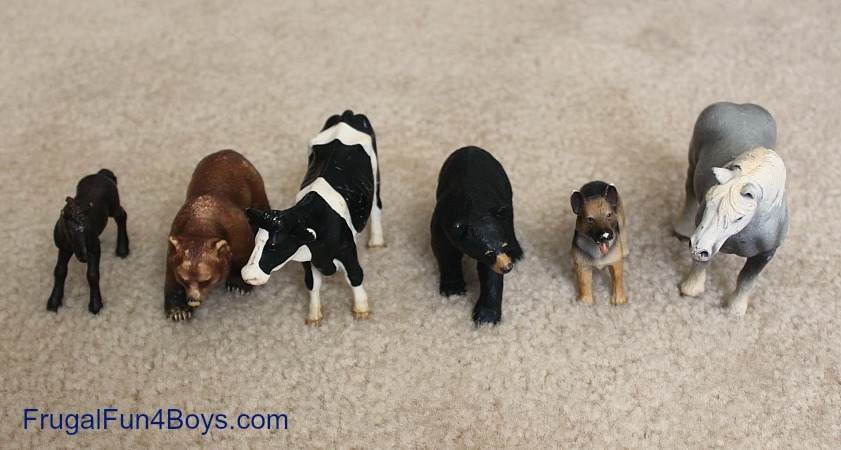 I love preschool! Such a simple time in life…

Links in this post are Amazon Affiliate links. If you purchase through the link, I will earn a small percentage of the sale.