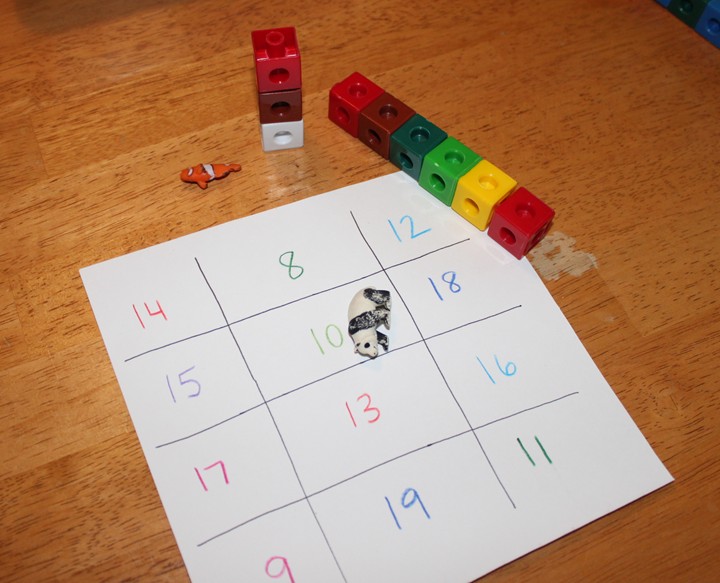 Gresham has a pretty good handle on the numbers 1-10 – as in, he can recognize them and write them and understands their value.  However, I was realizing that he is still a little fuzzy on the numbers 11 and up, especially switching from 29 to 30 (he calls it twenty ten).  I came up with this game spur-of-the-moment the other day to give him a little more practice with larger numbers.

I made a quick game board with the numbers 8-19 on it.  To play, we took turns “rolling” a little plastic panda so that it landed on a number.  (Anything can work for a dice, but it’s better for this game if it doesn’t have numbers on it!)  Then, we called out the number we had landed on, and chose an activity for the other player to do that number of times.  This way, we were working on recognizing the numbers and on the value of them as well.

Some options for things to do:

If you like active math games, here’s another one that involves running across the room!