One thing that I have learned with sons is that if you want them on board with an activity, just add in throwing, running, shooting, or knocking something down, and they’ll be right there with you!

This morning, we invented a great math game involving running – it was a big hit! 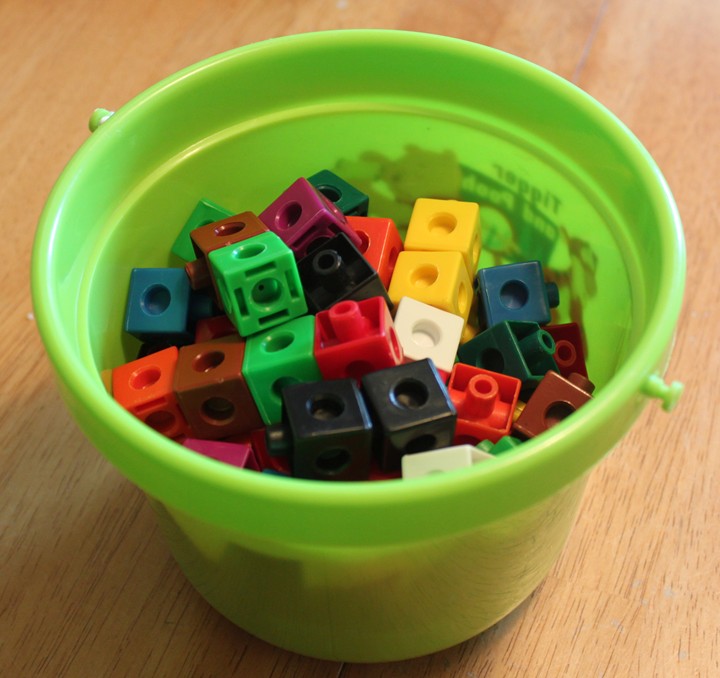 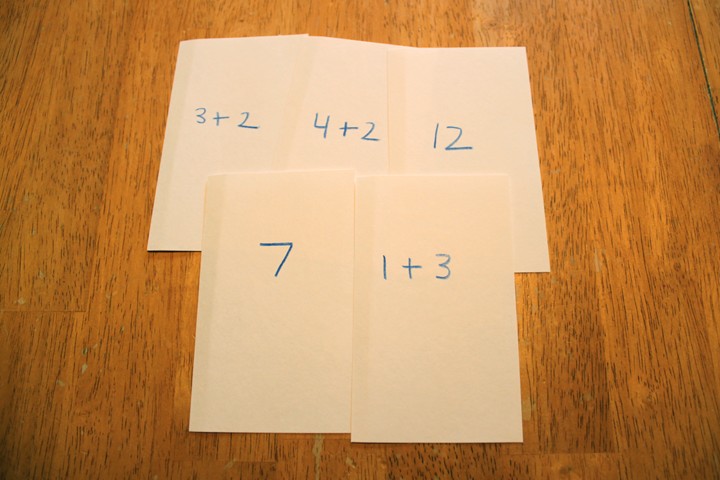 To play the game, I showed Gresham an index card with a number or simple addition problem on it. He had to run to the bucket of linking cubes and build a tower with the correct number of cubes, then run back to me with his answer.

One unexpected benefit of this game was that Gresham tried to re-use towers that he had already made – for example, his card said “12” and he already had a tower with 7. He really had to think to come up with a way to figure out how many more he needed to add! It was a good project for him.

Math is done, and we fit in a little active play at the same time!