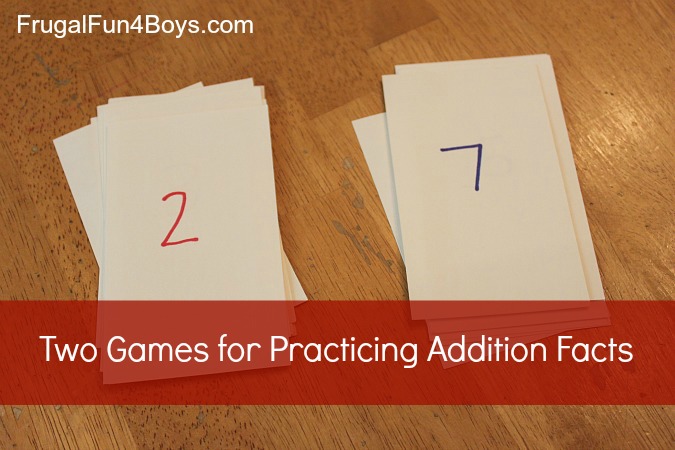 Math is so much more fun when it’s disguised as a game! Gresham (first grade) and I did a couple of games to practice addition facts this week, and he loved them both.

For the first game, I made two sets of cards numbered 1-10. To play, each player simply lays down the top card from their hand. The first person to correctly add the two numbers gets to keep both cards! (And of course I added very slooooooowwwly so that Gresham would win most of them and thus practice his addition facts!) I couldn’t believe how fun he thought this was. We played two rounds during math time, and then he played again with Dad and Aidan later.

To swing the game toward an easier level, just add in extra 1 and 2 cards so that more small addition problems will show up. 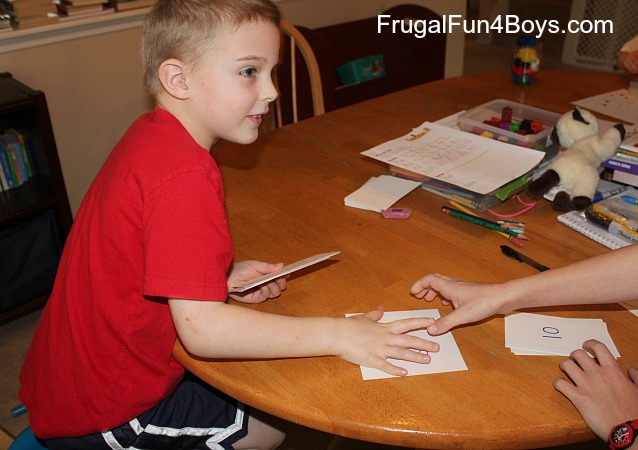 Gresham played this game by himself. I gave him two dice and instructed him to roll the dice and then add the two numbers together. He wrote a math sentence for each combination that he rolled. 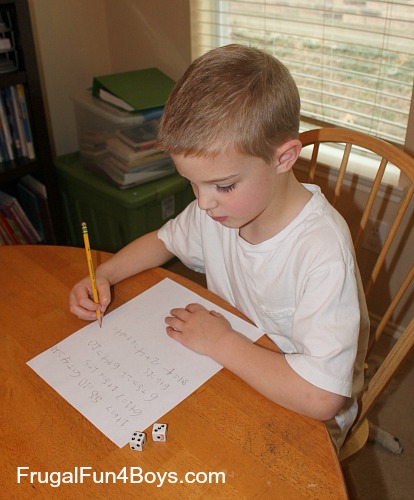 Both of these games were so simple, and yet so much more engaging than filling in worksheets. We have gotten to the point where Gresham’s math book needs some supplementing. We are using Making Math Meaningful from Cornerstone Curriculum, which is a great curriculum, but it needs additional practice on the basic facts, in my opinion. (In our five years of homeschooling, we’ve been through several different math programs – you might want to check out my comparison of four different first grade maths!)

My goals for Gresham for the spring semester are to memorize the addition facts, start working on subtraction facts, solidify telling time to the minute and counting pennies, nickels, and dimes. He is doing first grade this year, but he is really kindergarten age (turned 6 in October), so if we don’t finish first grade this spring we’ll just continue on in the fall before starting second grade – one of the many benefits of homeschooling!