A Parent’s Review of Star Wars: The Force Awakens. This review is purposefully vague, but if you’re not wanting to know anything at all before you step into the theater, you should probably skip this post!

Today’s post is a guest post by my husband, Jordan. He took our 12 and 9 year old’s to see Star Wars: The Force Awakens this morning and is happy to share his thoughts with you all!

Like many of you, I have loved Star Wars from my early childhood on and have been eagerly awaiting the seventh addition to the Star Wars saga ever since it was first announced.

Let me first say that The Force Awakens is an AMAZING MOVIE!!! If you were disappointed in the prequels and longed for a return to the feel and emotion of the original trilogy, be excited! The Force Awakens brings back the spirit of the original movies. The human emotion, the lived-in environments, and the practical effects are all there, and there are many comparisons to the story and mood of A New Hope. 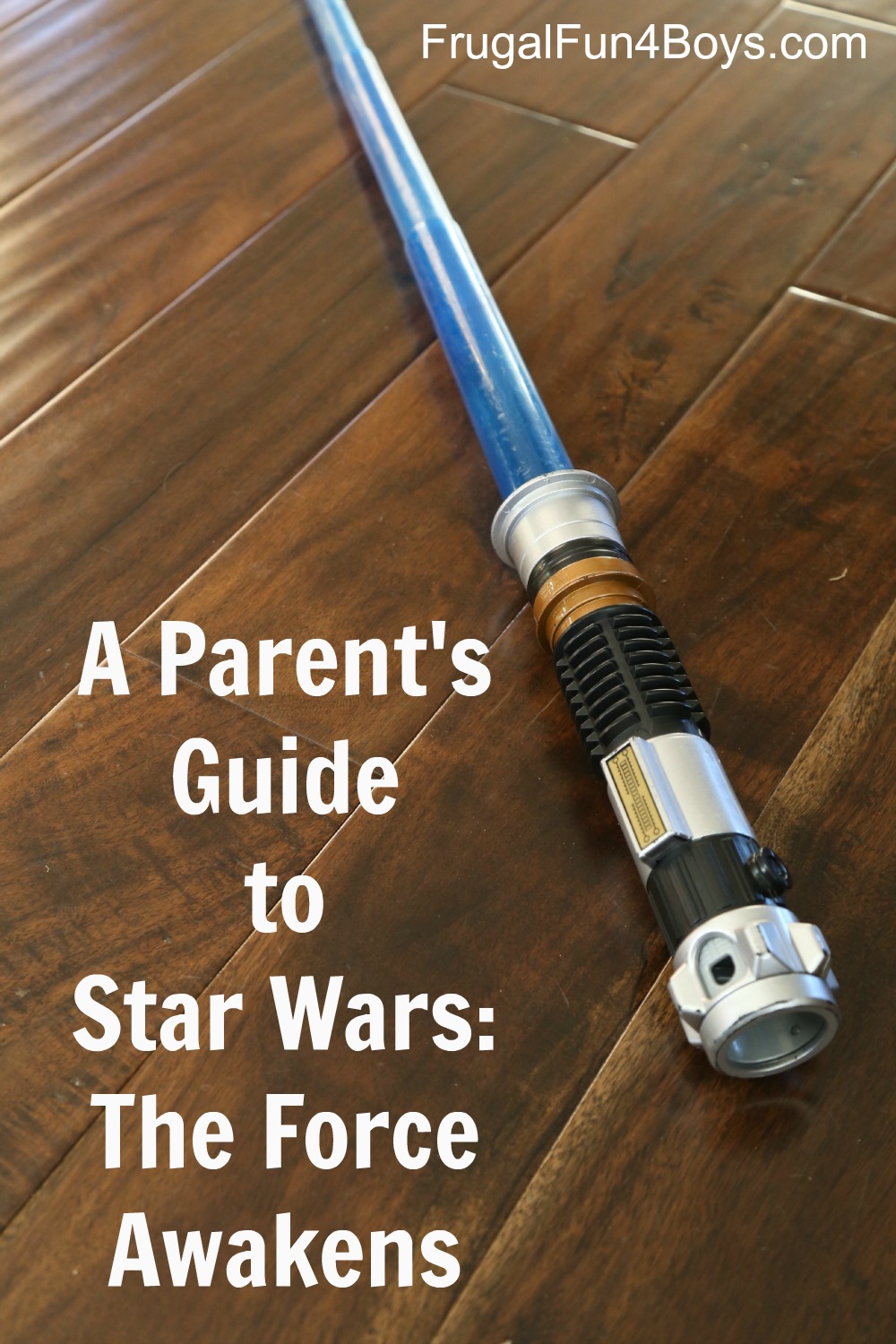 My goal in this post is not an exhaustive plot analysis but to provide a guide for parents considering if they should go with their children to the new movie, especially considering its PG-13 rating.

As Christians, there is great value in talking naturally with our kids about the action, the characters, and the worldview of any movie when appropriate. What does this movie say about the nature of man? About God? About how to be a good person? How does that compare with what the Bible says about man? Also, watch the reactions of your kids and use this as an opportunity to get a glimpse into their thoughts and hearts. Are they drawn to the bad characters? If so, what is it about the bad guys that is attractive to them? It’s good to teach our kids (and remind ourselves!) that even movies that are “just entertainment” are teaching us things about how the world works and how people should act whether we realize we’re being taught or not. Movies can be a great way to bring some of these lessons to life!