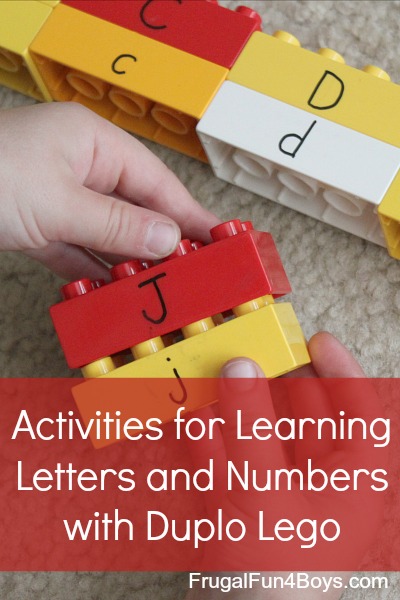 We’re continuing our LEGO Week series with a few learning activities for preschoolers that you can whip together with Duplo bricks and a wipe-off marker! We used a Vis-a-Vis marker that wipes off with a damp towel, and it left behind a slight shadow on the yellow and white bricks when wiped off (not enough to bother me, but wanted to let you know). I tested a dry erase marker, and it wiped off clean. 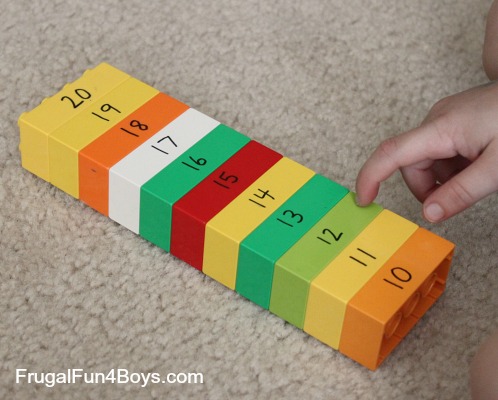 Owen struggles with the “teen” numbers, so I wrote the numbers 10-20 on some bricks and had him build a tower in order. Then, he pointed to the numbers as he counted to see if he got them right. This is something that we need to continue practicing.

Then, I had Owen practice matching the number bricks with bricks that had the same number of dots. Again, an activity that we will be repeating. 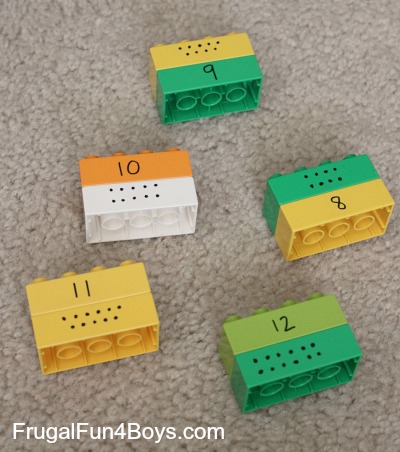 Another idea – put an addition problem on one brick and the answer on another brick.

Also, check out this post for two more math activities with Duplo. 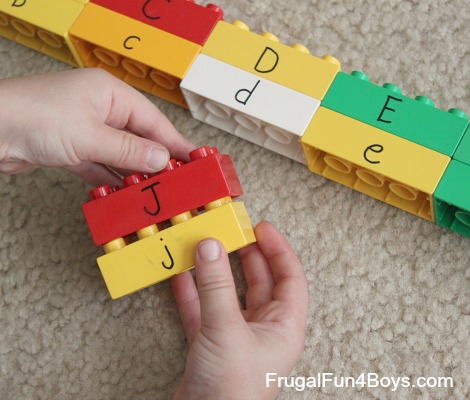 It’s super easy to practice matching capital and lower case letters with Duplo bricks. Owen enjoyed putting them in alphabetical order. He does like things orderly… I’m hoping that will translate to his room and dresser drawers one day! Ha! 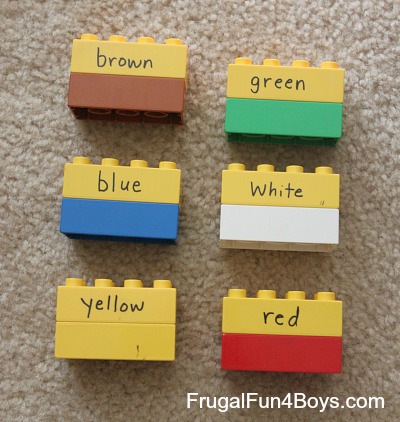 I made a set of bricks for Owen with color words to match with the correct color. He’s not reading very much yet, but he could figure out the words from the beginning sounds. We can continue to practice these sight words.

Or, make word family buildings! This is a great idea from I Can Teach My Child.

Be sure to stop by Toddler Approved to check out the rest of the Lego Week learning and playing activities!