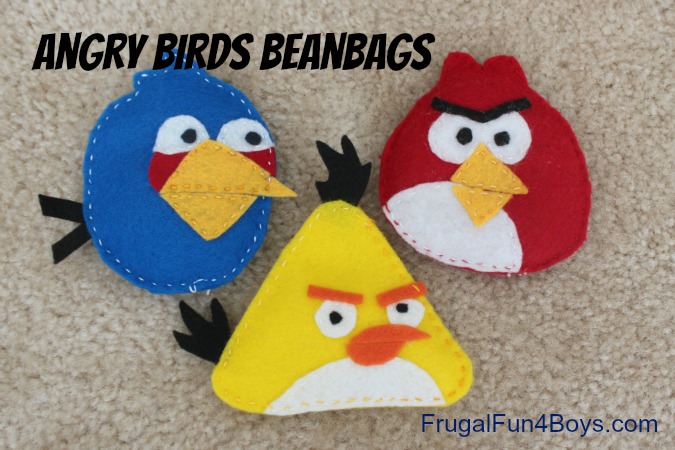 Much to my children’s chagrin, we don’t spend very much time on video games at our house. This spring, however, I got my first smart phone and we downloaded Angry Birds to see what it was all about. While I am still maintaining my position that video games are largely a waste of time, there’s just something irresistable about Angry Birds!

The other day, it dawned on me that there were probably all kinds of ideas for Angry Birds activities on Pinterest. Sure enough, I found several! This post about Angry Birds rocks looked like a lot of fun, and I loved the idea of building real towers to knock down. However, my boys plus throwing rocks sounded like a bad, bad idea. I decided to make some Angry Birds beanbags out of felt.

I didn’t use a pattern – just looked at pictures online and eyeballed the designs. For the faces, I stitched on the beaks and eyes and glued on the eyebrows with Tacky Glue. So far the glue has held on fine. I cut the black tail feathers out of felt and then sewed them between the layers when I put the birds together. The birds are stuffed with rice.

When the boys came downstairs on Monday morning, I had the red one completed. They were totally in awe! And they instantly began putting in their orders for one each of all the other types of birds! I’ve made four so far (two of the yellow one), and I told them that the factory is shut down for now. (Maybe I’ll make some of the pigs for their stockings at Christmas!) 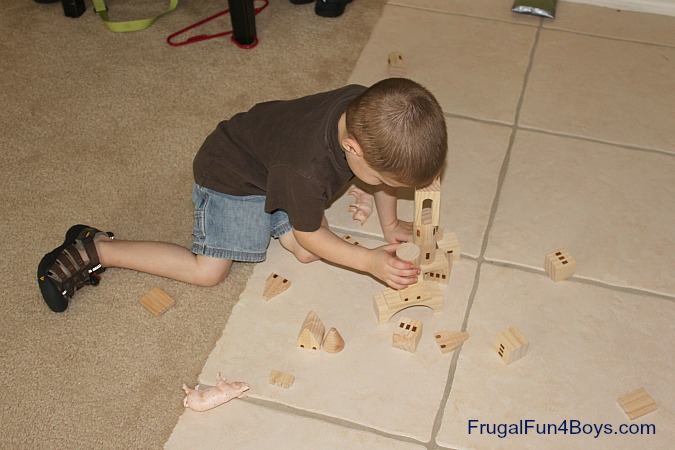 The boys worked very intently on building towers to knock down! We used some plastic pigs from our animal collection, and although they weren’t quite the same as the game, they did the job.

Back in June, we had made a PVC pipe sling shot. It was perfect for our Angry Birds! 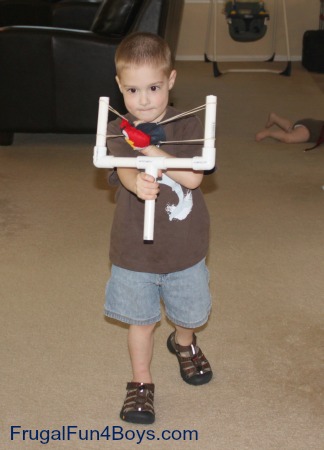 …Although Owen resorted to just throwing the beanbags pretty quickly. 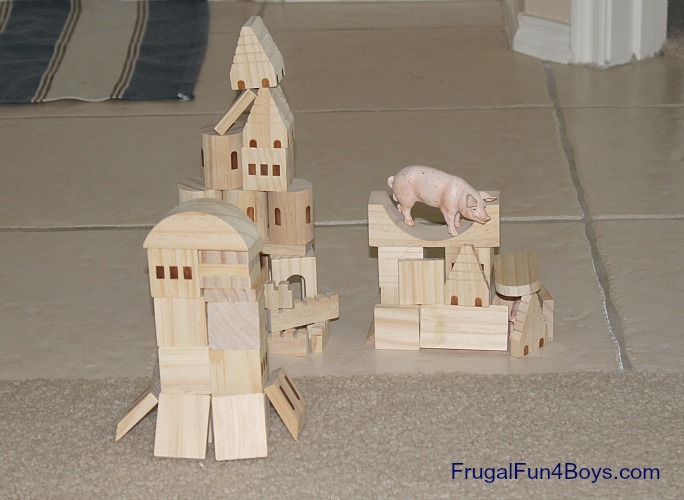 Aidan made some towers with multiple parts so that we could count how many shots it took to knock it all down.

(The blocks we are using are Treehaus Castle Building Blocks – we love them!) 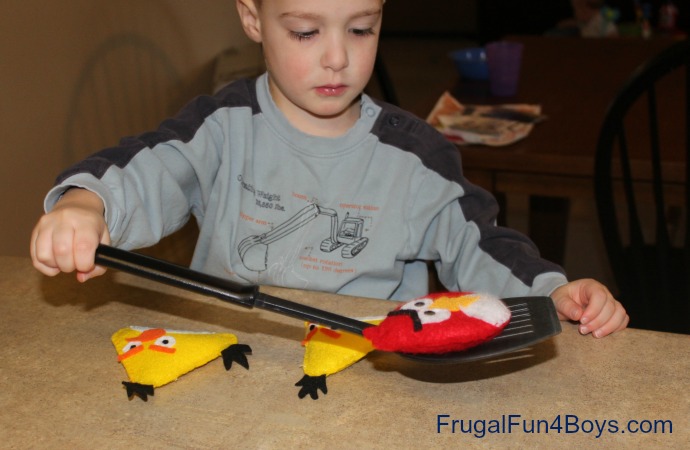