Here’s an idea for active indoor play – a bean bag knock down game! What boy doesn’t like to knock things down? 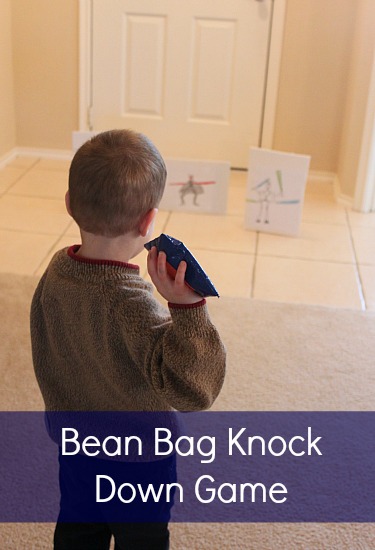 Last weekend, the boys were all sick, and we were starting to get a little antsy in the house. A friend from college had given me this idea for making a bean bag knock down game, and I thought it might be the perfect thing to cheer them up!

I made some quick bean bags with felt and duct tape – no sewing required! It’s best to fill these with rice – we’ve done pinto beans before, and the bean bags end up with a little too much sting. 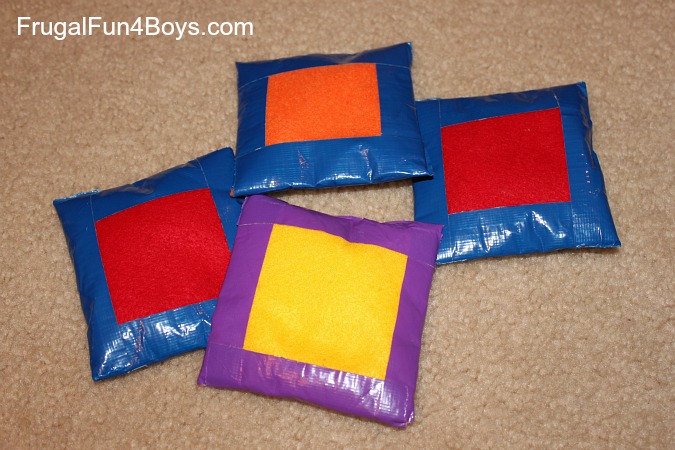 We made targets to hit with the bean bags out of our foam board advent tree. It seemed kind of sad to cut up the advent tree, but I didn’t have anything else to do with it! Then Aidan decorated the boards with Star Wars villains. He drew General Grievous and Darth Maul himself, and then we ended up printing a Lego Darth Vader from online because neither of us could draw one that looked right. 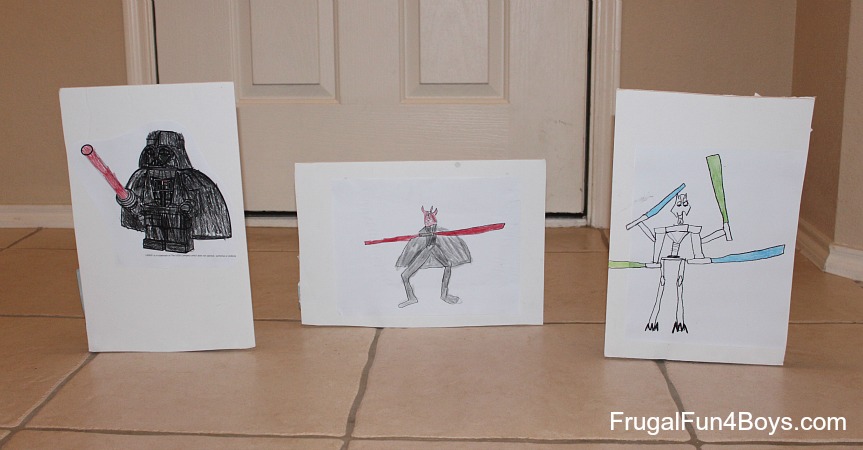 We made the bean bag targets stand up by duct taping index card file boxes to the back of them. We were able to take the tape off when we were done with the targets, and it didn’t even leave any sticky residue behind. A small shoe box would also work. My friend who gave me this idea made a nice version of this game to give as a gift by using a block of floral foam covered in duct tape to make her targets stand up, and she decorated her targets with wall clings. 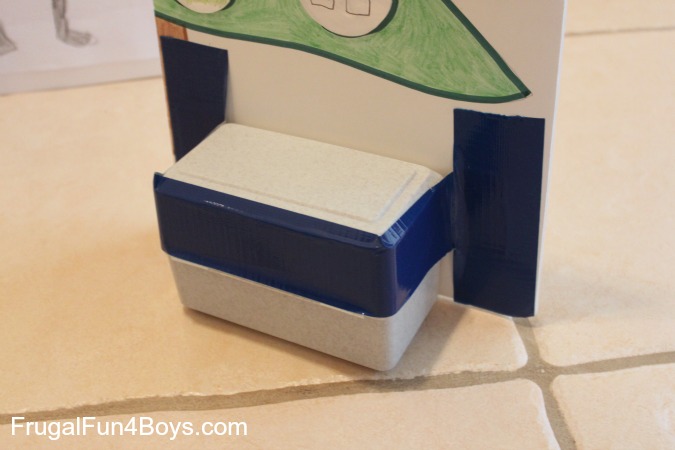 To play, just knock down the targets and then stand them back up!

Owen kept saying, “So I can throw this bean bag? And knock those guys down?” I guess he’s used to us telling him not to throw things in the house all the time! He thought it was a lot of fun, and all of the boys came back to this game multiple times over the next few days after we made it. 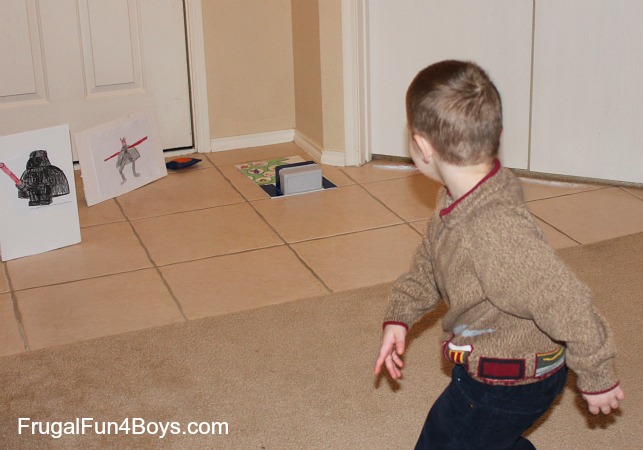 What do your kids like to do to stay active when they’re stuck indoors?