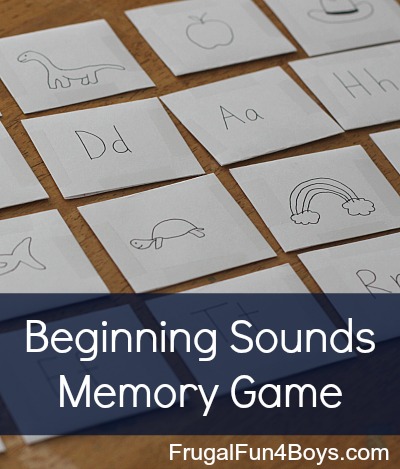 Here’s a simple activity for learning letter sounds – create your own memory game!

I made this game for Owen out of index cards. The cards were a little thin and I didn’t want him to be able to see through the cards when they were face down, so I folded them in half and taped the edges. Then I created matches by writing a letter on one card and drawing a simple picture of an item that starts with that letter on another card.

I made 8 matches at first, and then expanded the game to 13 matches. Eventually we’ll add some more, but I think the game would be too cumbersome with the entire alphabet! You could always make the entire alphabet and rotate which matches you use for a game so that your child is able to practice all of the letter sounds. 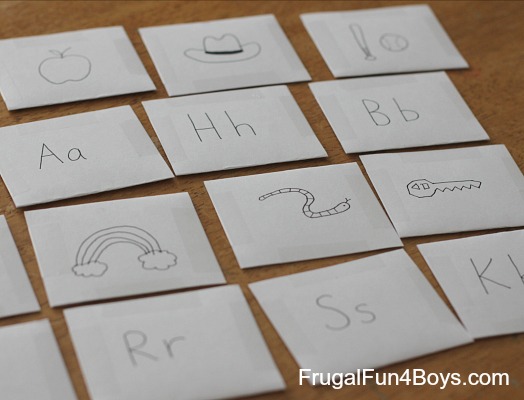 Here are the matches I’ve done so far if you need some “easy to draw” ideas!

L – laptop (lollypop would be easier to draw, but Gresham thought it should be a laptop – ha!) 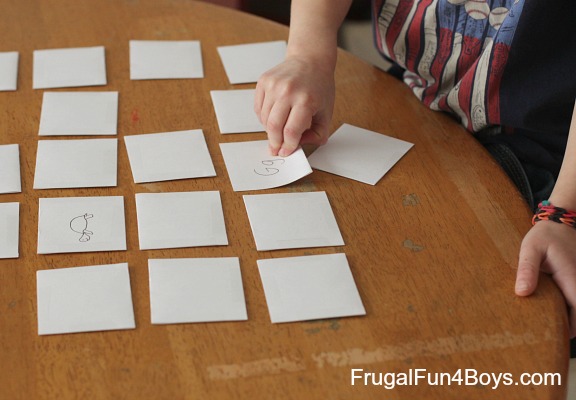 Owen loves playing this game. He got it out to play with Grandma when she came over, so that counts as a success in my book!

For more phonics practice, check out this post on Five (Active!) Ways to Practice Beginning Sounds.