We seem to be on a science kick this week!  The reason is that Gresham’s science has corresponded with several activities that I did when I taught science (before my kids were born).

We used this experiment to learn about gases.  Gresham learned about solids and liquids earlier in the week, and we did a fun experiment with polymers – check that one out if you missed it! 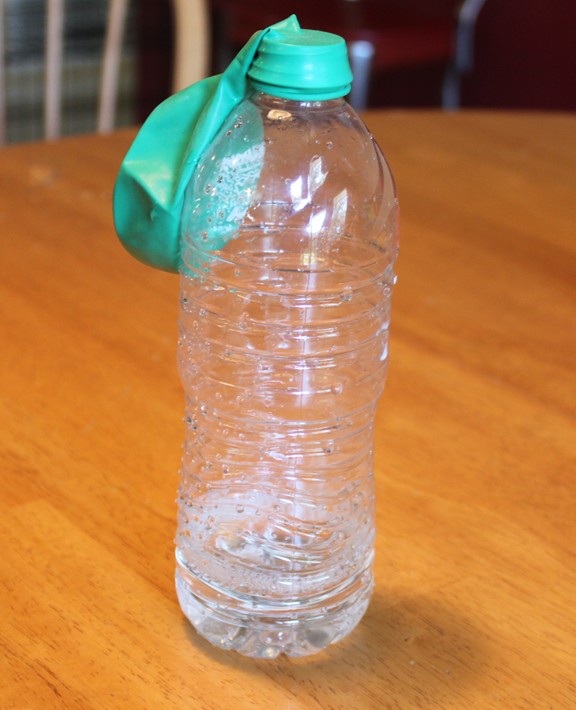 First, we put some vinegar in the bottom of an empty 16.9 oz. water bottle (you can also use a 2 liter soda bottle).  Then, we used a spoon to pour some baking soda into the mouth of a balloon.  I attached the balloon to the top of the water bottle, being careful not to dump the baking soda in just yet. 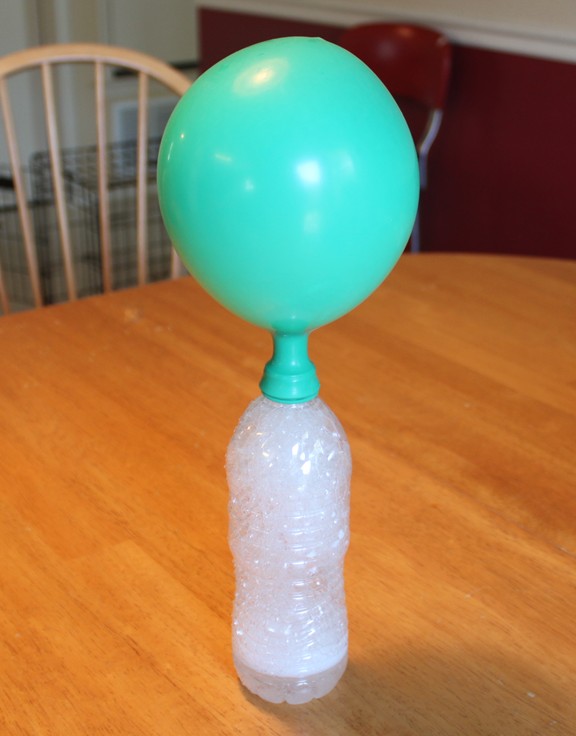 We lifted up the balloon and dumped the baking soda into the bottom of the bottle, and the boys watched in amazement as the balloon inflated!

**Note:  In order for the liquid in the bottom of the bottle to be only water, we would have to make sure that the amounts of baking soda and vinegar corresponded so that both were completely used up in the reaction.  So there was probably some vinegar or baking soda left too – figuring out the amounts is over my head!

Because the balloon is filled with CO2, it falls faster than a normal balloon because it is more dense than room air (which is mostly nitrogen with oxygen and carbon dioxide).  We tied off the balloon from our reaction, and then compared it with a balloon that we blew up to the same size, and it was interesting to see the difference!