Here is a fun LEGO® math activity – build a balance out of LEGO® bricks and find objects to weigh!

Gresham (3rd grade), Owen (K), and I really enjoyed this LEGO® math project. When I told them what we were doing, they didn’t quite get it. But when the saw what the balance could do, they said, “Oh, that’s really cool!” 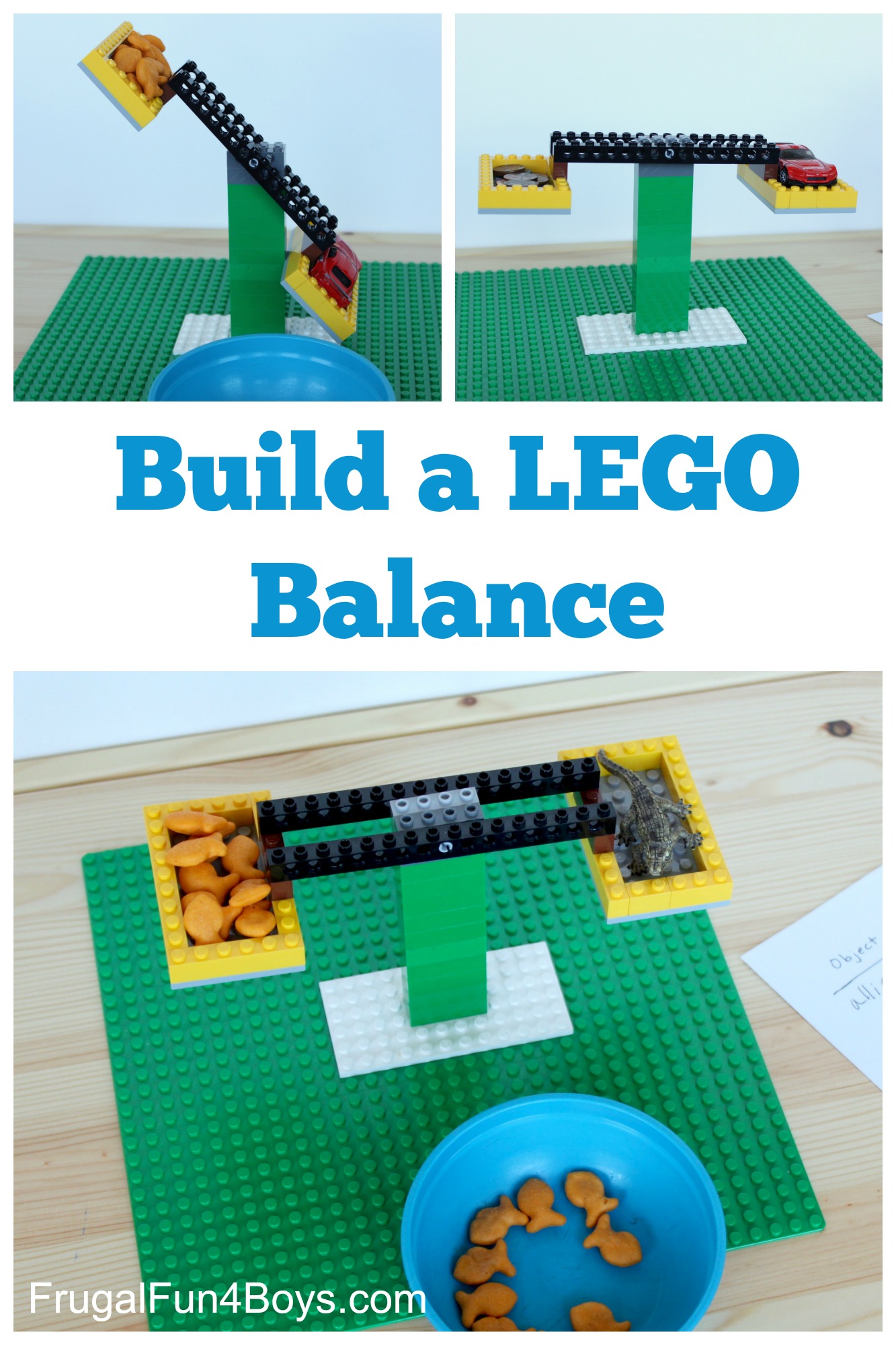 Here is the design that we used for the balance: 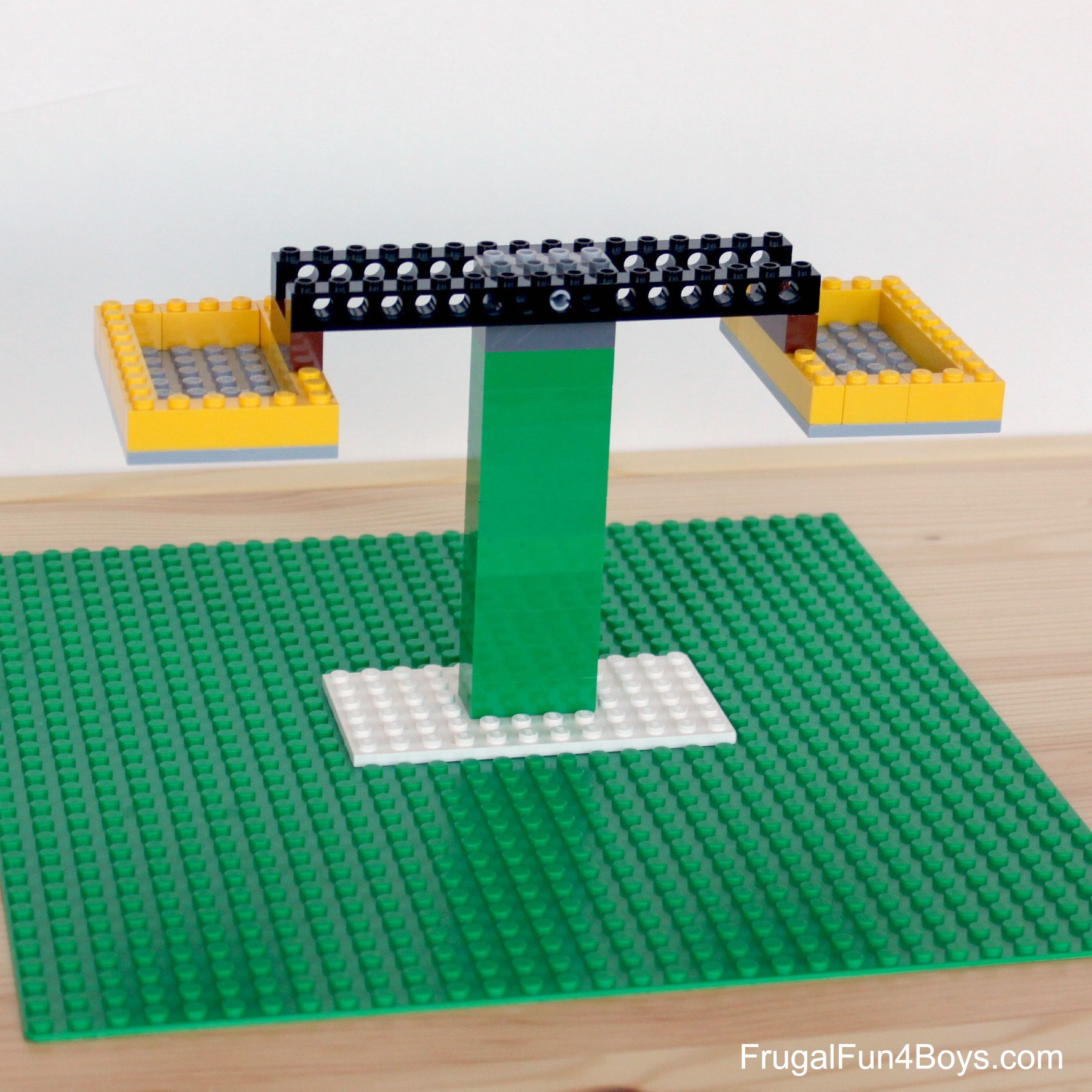 It’s super simple – these connector pieces allow the arms of the balance to rotate freely. 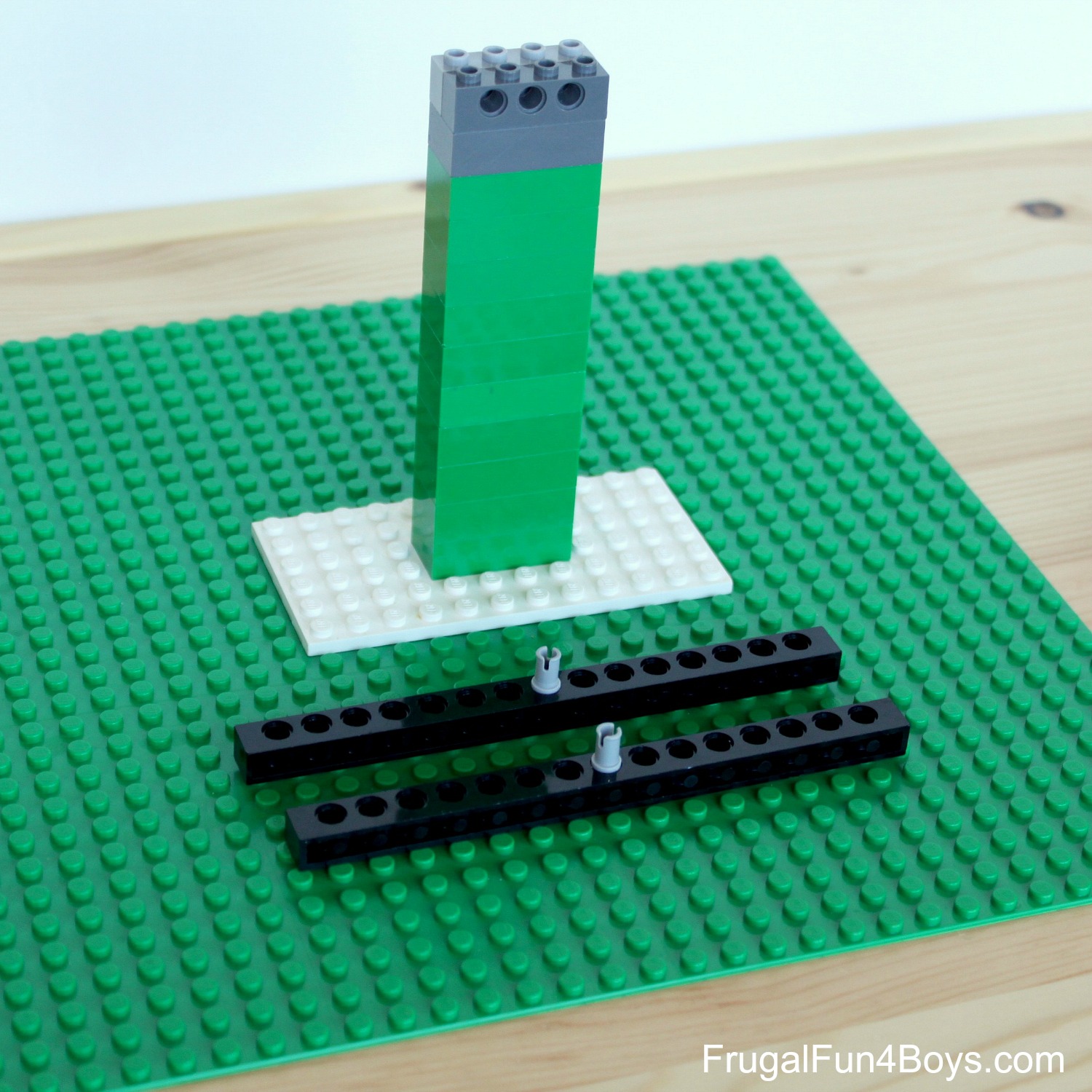 As long as you build the baskets for the balance exactly the same, and center your connector pieces, your balance should sit evenly. 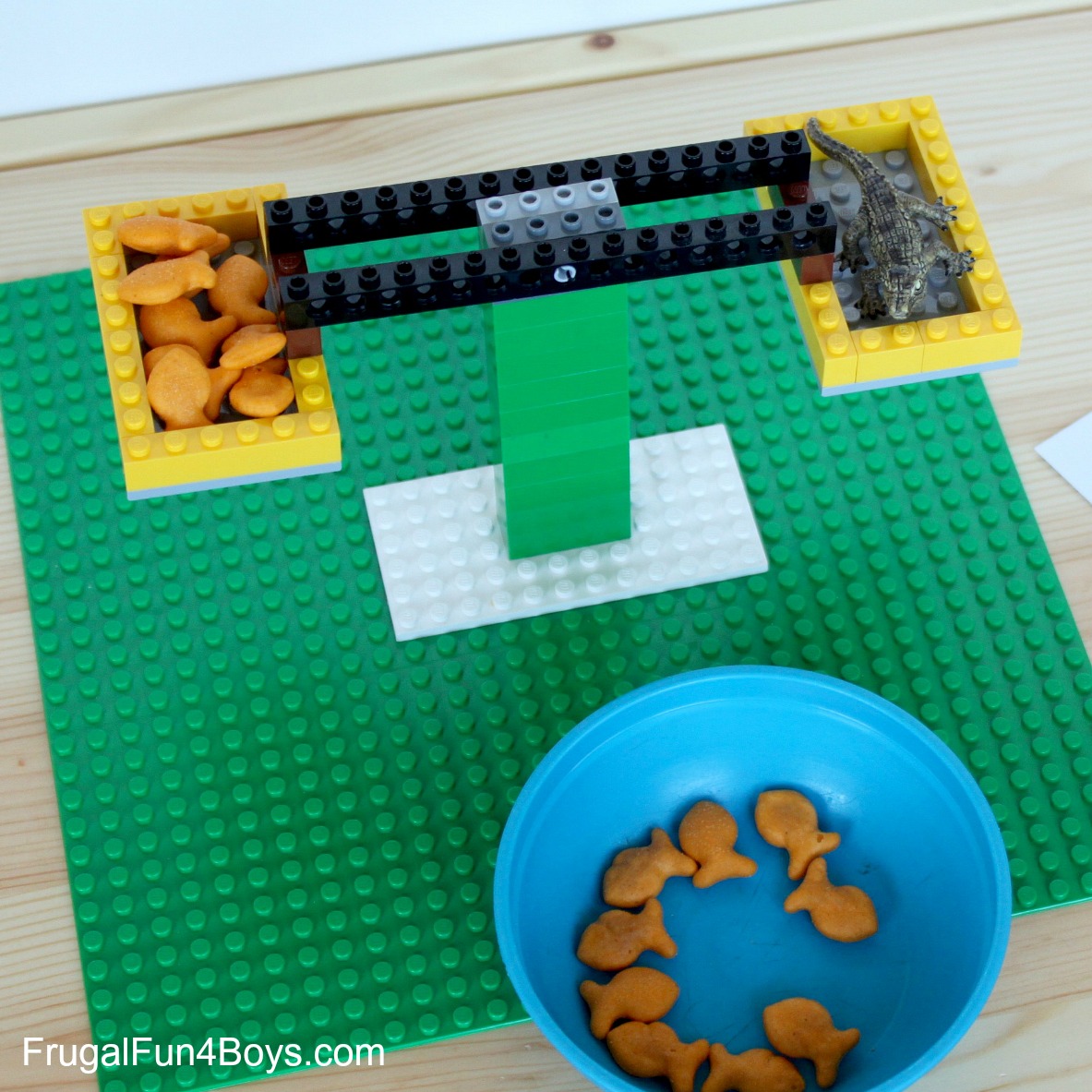 Then we compared a toy car with goldfish. Uh, we quickly decided that we needed a different comparison weight! 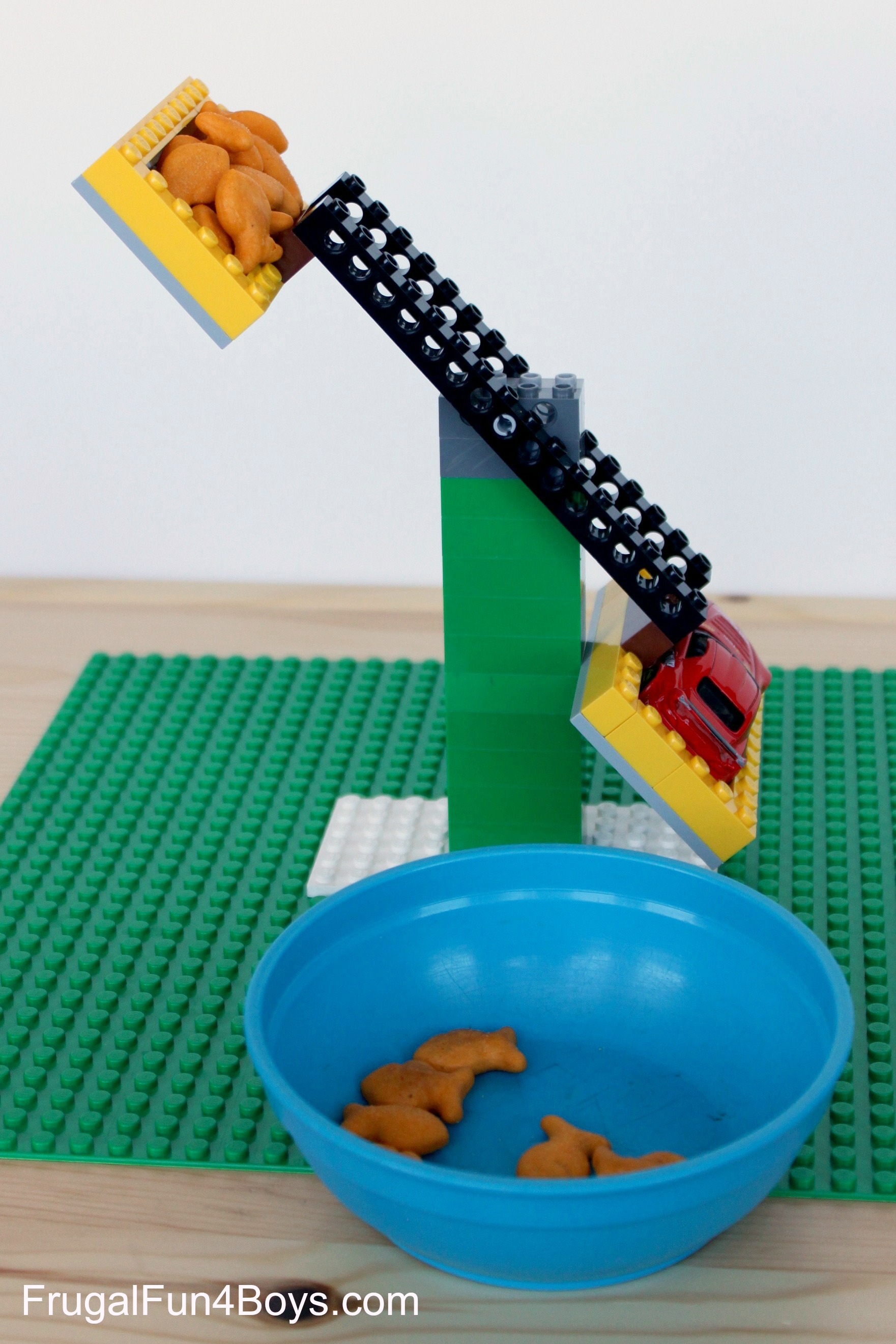 So we tried pennies. 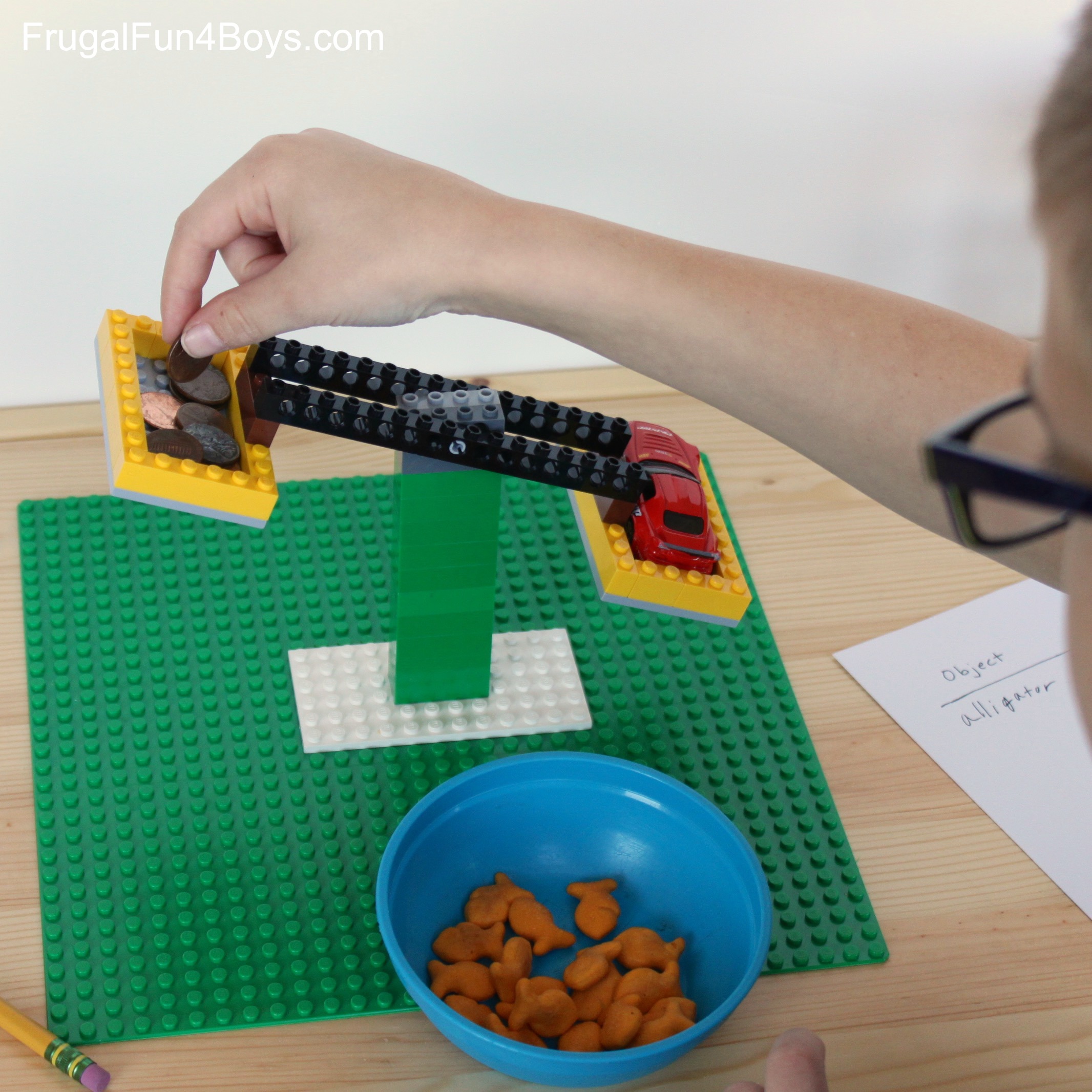 Gresham made a chart of our findings. 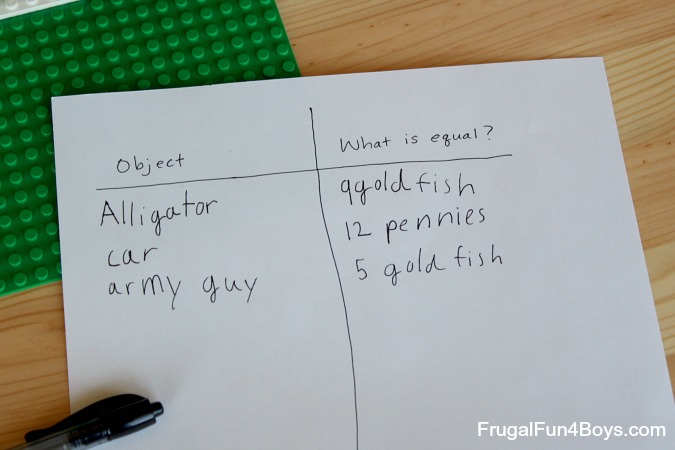 We also tried comparing objects with how many LEGO® bricks they weigh. Other ideas – compare items with paper clips, raisins, small stones.

This project was a lot of fun! We’ve been slogging through school lately, trying to endure to the end of the year, so it was nice to find something to make math a little more interesting.

Be sure to stop by the rest of the LEGO week posts!