STEM for Kids! This project is great for age 10 and up. Younger kids will love it too, but may need more help.

Build a clever little popsicle stick bridge that holds together without glue, tape, or any other adhesive! This design for a self-supporting bridge was invented by the famous artist Leonardo da Vinci, and it’s a fun hands-on way to explore mechanical engineering with kids.

We love all kinds of STEM projects, but I think that mechanical engineering is my favorite. A few weeks ago, we saw a video on Facebook where a father and son built a da Vinci bridge out of lumber and broom handles. You can watch the video on Youtube here. Aidan and I were fascinated by the design, and we decided to attempt building one on a smaller scale.

To build the bridge, you will need:

Popsicle sticks are a fantastic building material because they are super cheap. However, we discovered that they aren’t quite long enough to make this bridge work. I used 6 sticks and some hot glue to create longer sections.

The second layer is a half stick on each end (I cut them) and a whole stick in the middle, which holds the bottom layer together.

There is hot glue between each layer. 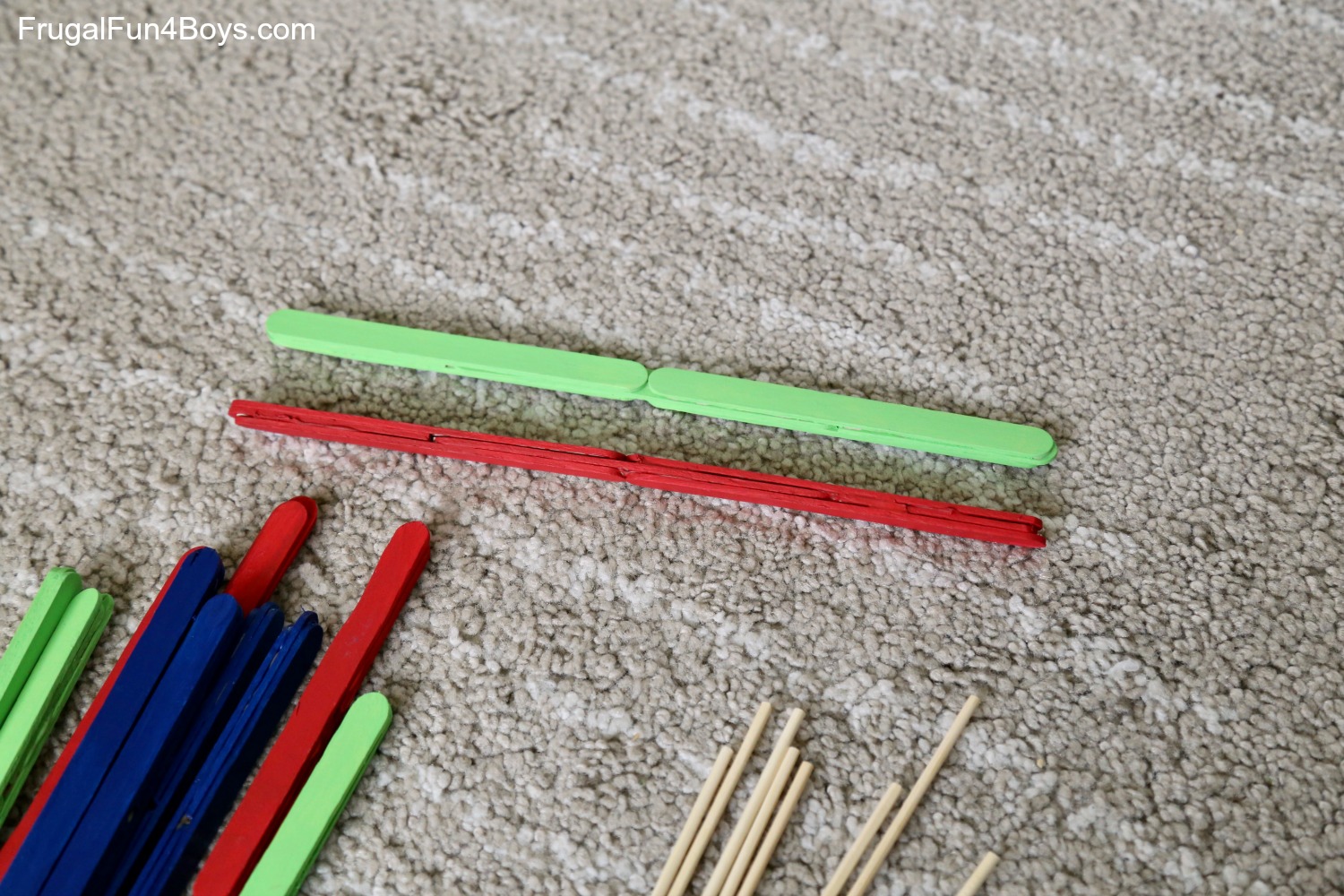 We cut the pointy end off some bamboo skewers, and then we were ready to build! 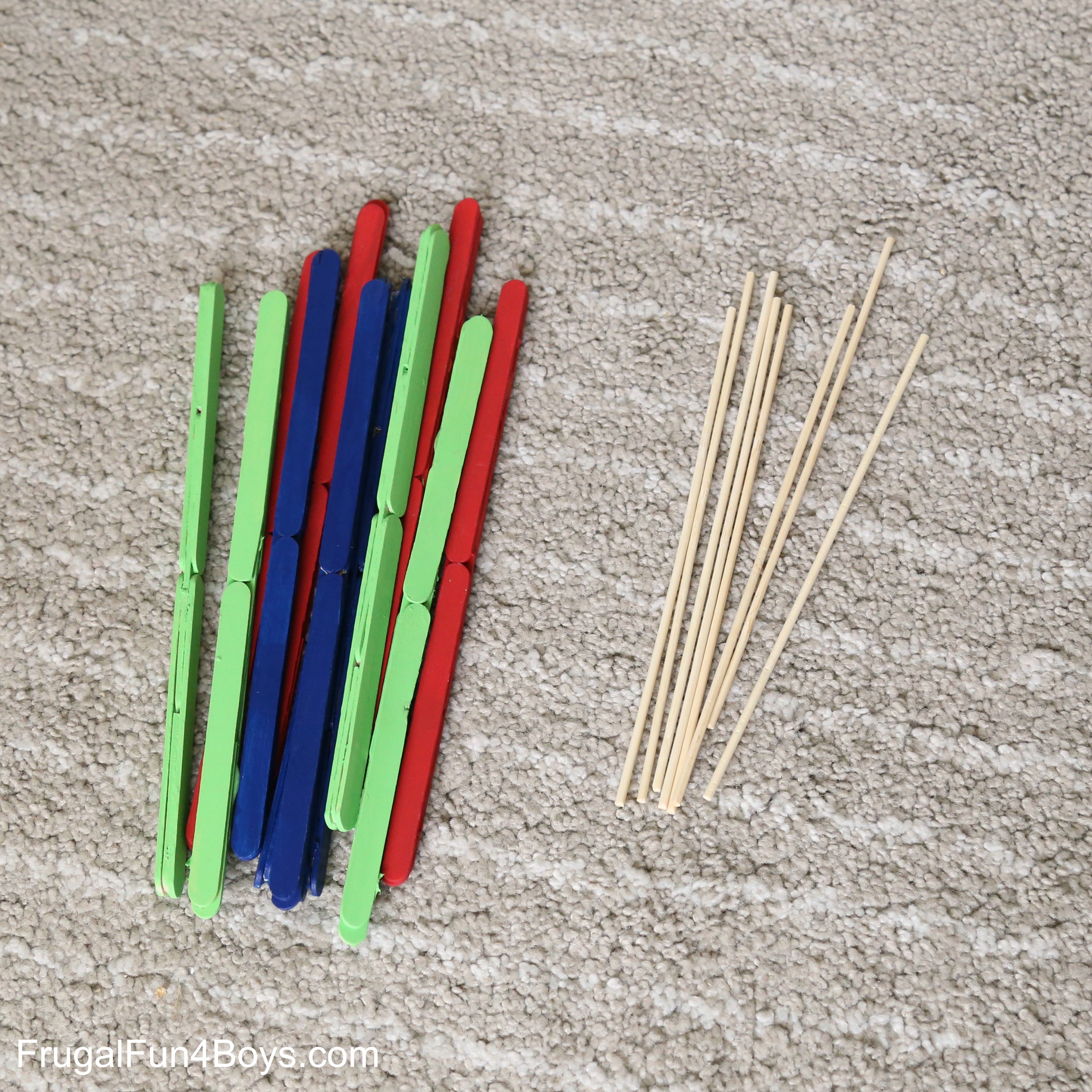 You’ll want to have two people to assemble the bridge – it takes more than two hands!

Building the bridge is just a simple pattern. For each layer, it doesn’t really matter if the next row of sticks are on the outsides of the previous ones or the inside. Just do what works. 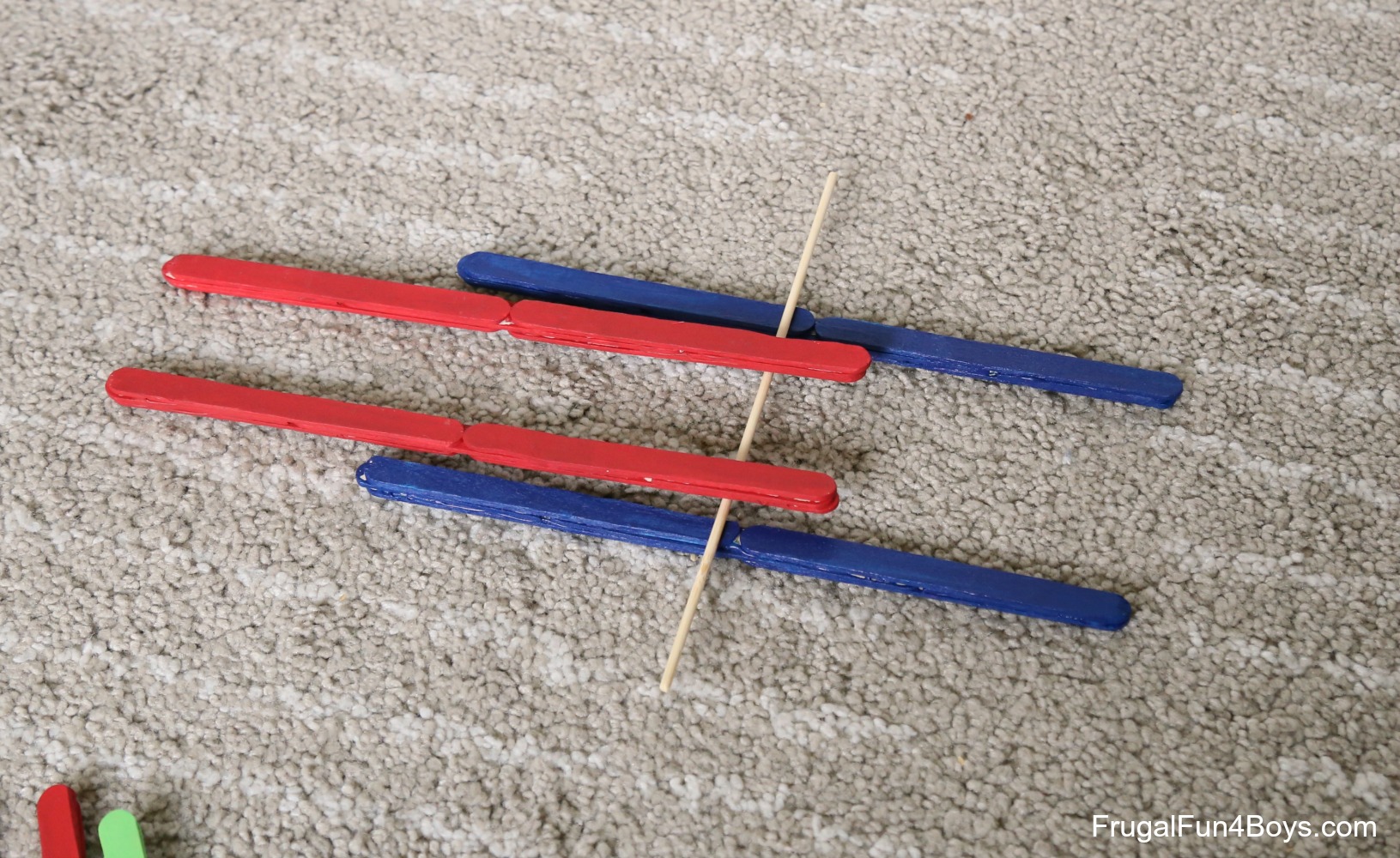 Have one person gently lift the blue sticks while the other person slides in a second bamboo skewer.

Then place two light green sticks leaning on the skewer you just added. Have one person gently lift the red sticks while the other person slides a skewer between the red and green sticks. 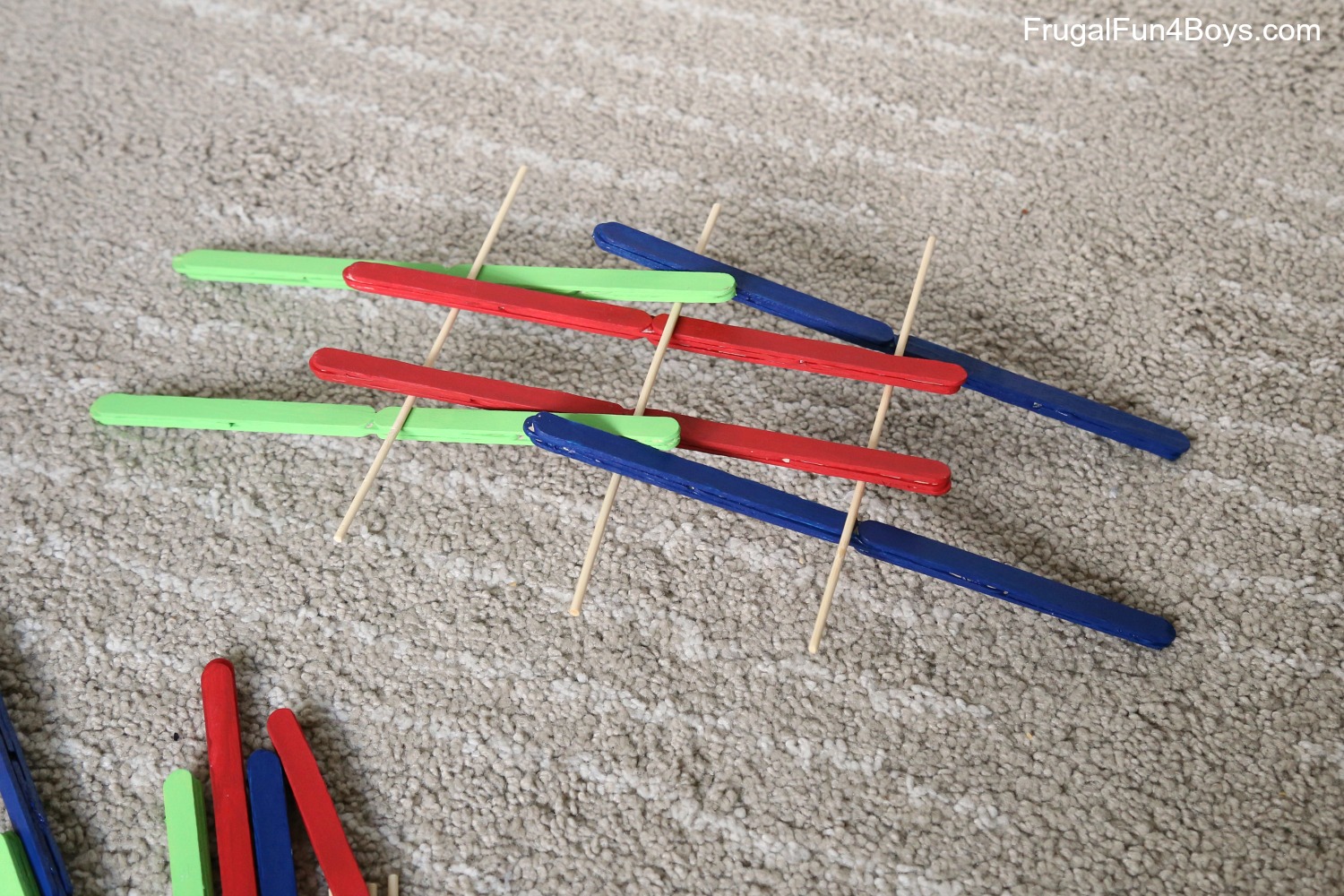 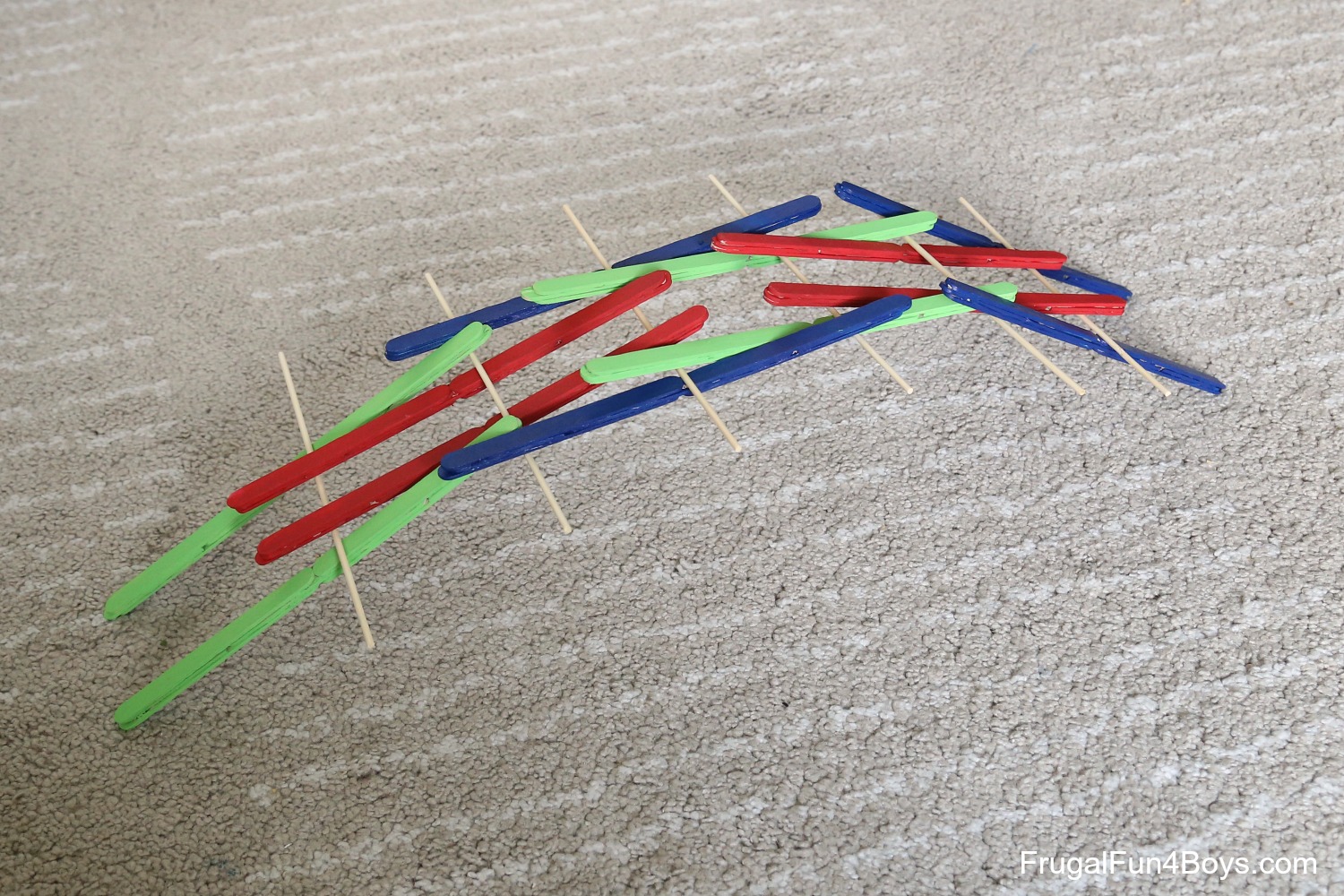 A full-sized bridge can hold the weight of a person! We decided to see how much weight our stick bridge would hold by adding coins to a bowl. 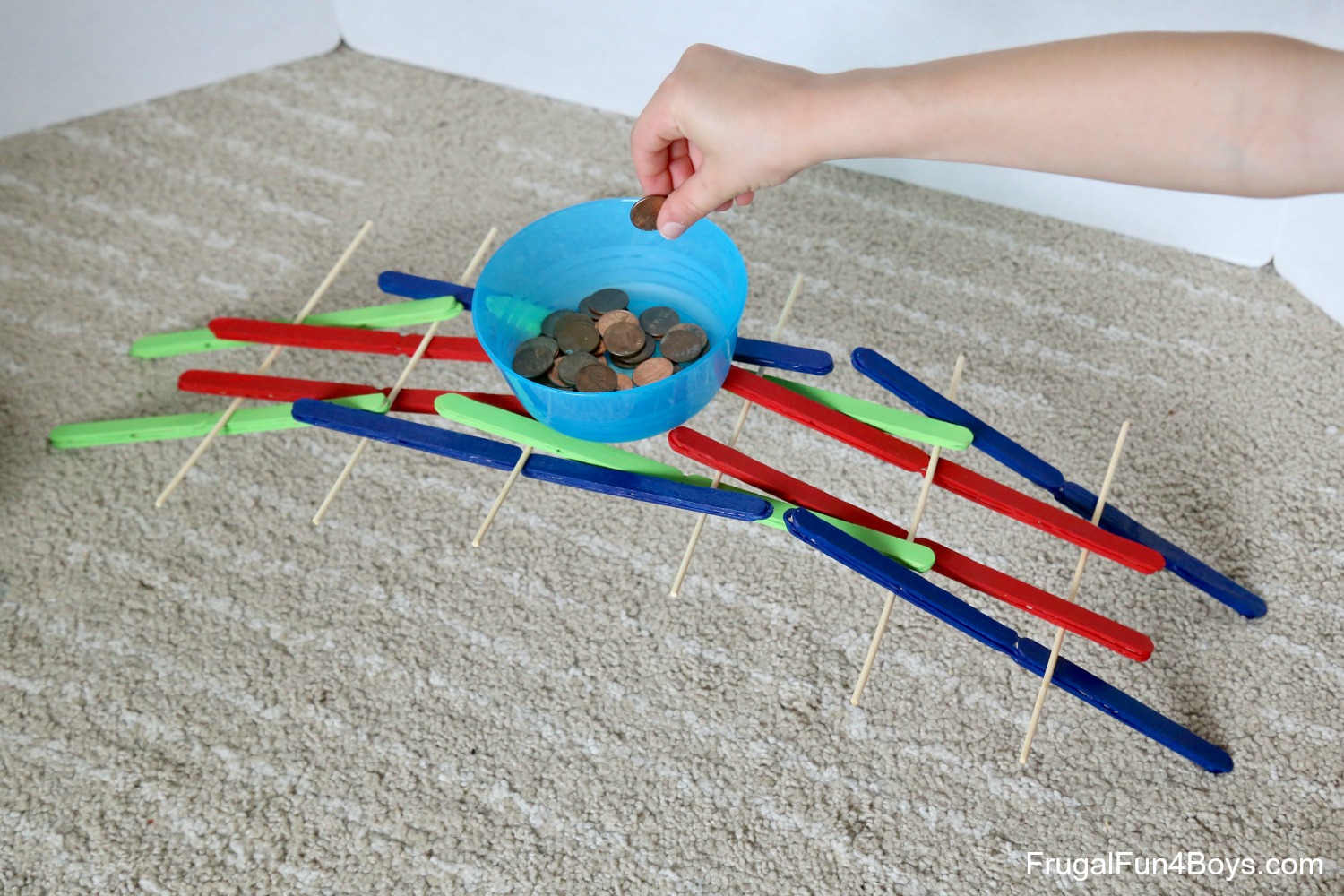 It held a lot of coins before collapsing! We started with just pennies, but had to keep going with quarters and nickels. We lost count of how many coins it was! 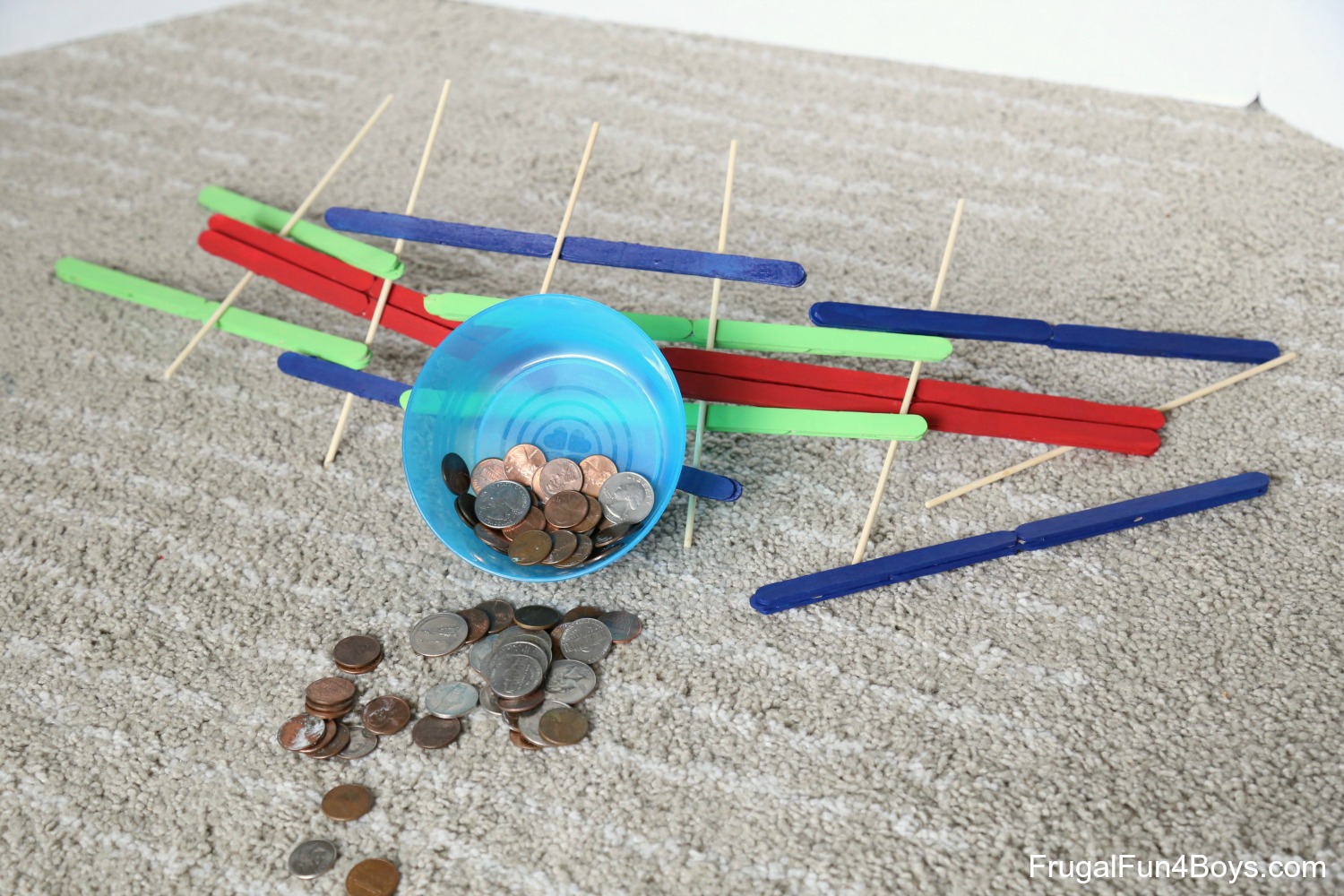 We first built our bridge without paint, and then decided to paint it because the sticks were blending in with the rug when we took pictures. However, after we painted it with acrylic paint, it was so much easier to work with! Before painting, the sticks kept sliding around. The acrylic paint provided just enough friction to keep the bridge from sliding apart.

Leonardo da Vinci built this bridge while commissioned by Cesare Borgia to invent machines for military use. This bridge would have been easy to construct out on the battle field, and it could be easily taken apart so that the enemy could not follow! 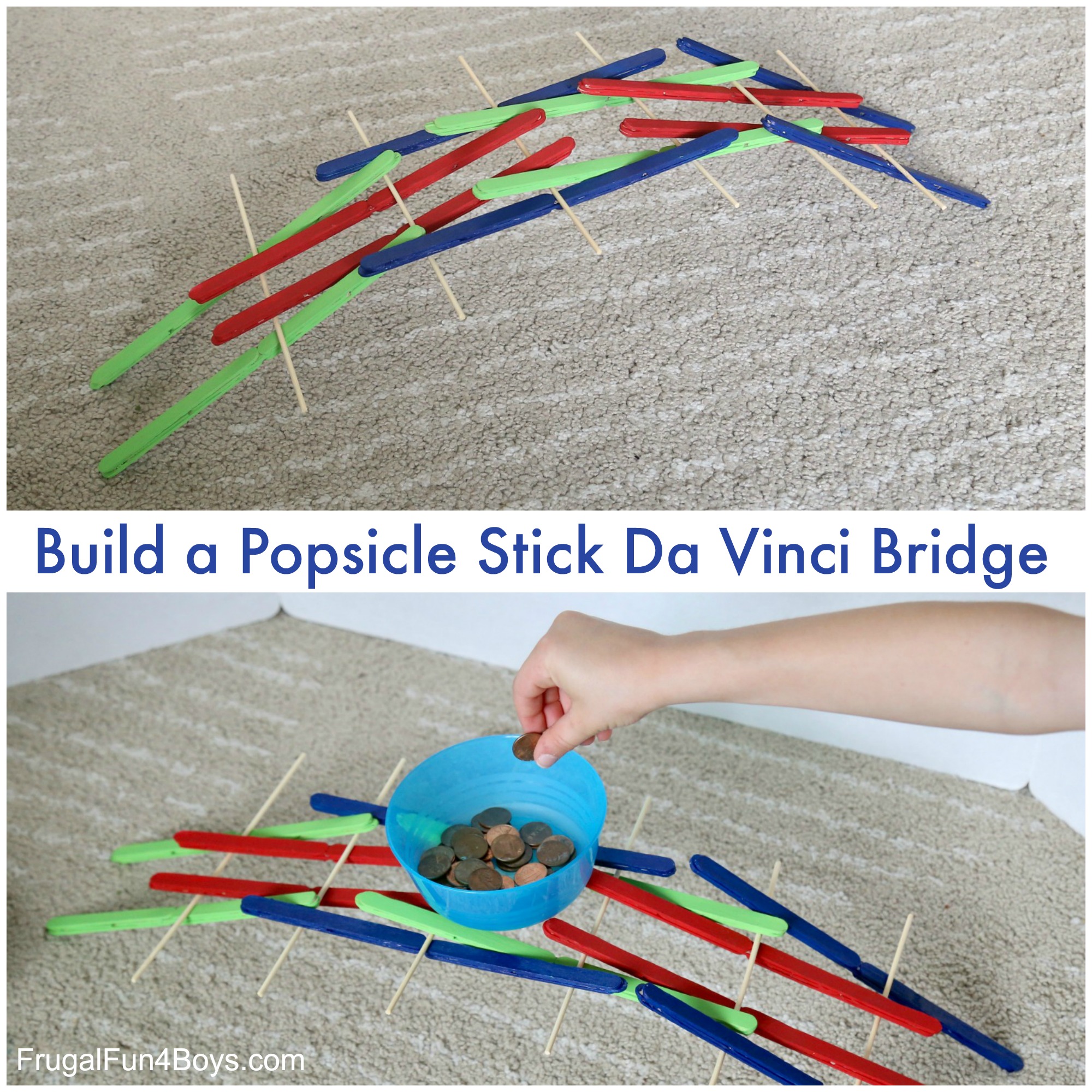