Oh my goodness, when we saw a LEGO® bald eagle on Pinterest, we knew we had to build one! My boys love birds, especially birds of prey. We have many red tailed hawks and red shouldered hawks where we live, and we recently saw a pair of barred owls nesting at a local park. Although there aren’t any bald eagles in our area, they are some of the boys’ favorite birds of prey.

We did not create the LEGO® design for the adult eagle. I saw the design on Pinterest, which led me to a YouTube video from the Brick Builder (see below for the video). Apparently, the eagle was part of a set for LEGO® employees. I watched the video and paused it half a million times to write a list of all the bricks needed. Then we searched our stash for bricks and ordered the rest from Brick Link. I created a parts list which you can find below.

When the adult eagles were complete (we built two), we decided that we needed a nest and eaglets! The eaglet design is mine.

Build a nest for your eaglets! The eagle is cool by itself, but the whole scene is super fun. 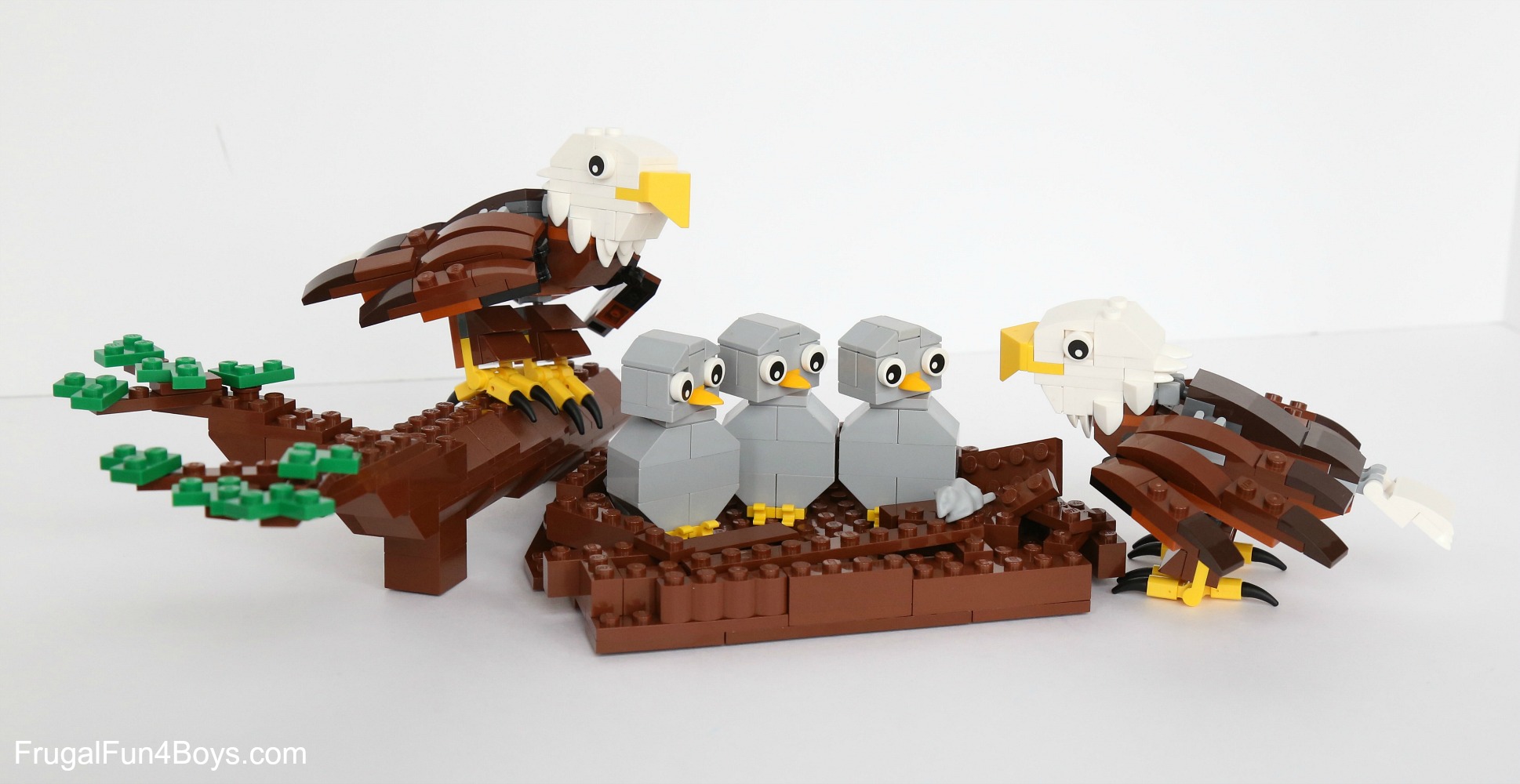 As I said above, this eagle was part of a set given to LEGO® employees. I don’t have the original instructions – we built it using a video which I will share below. I created the parts list from the video. 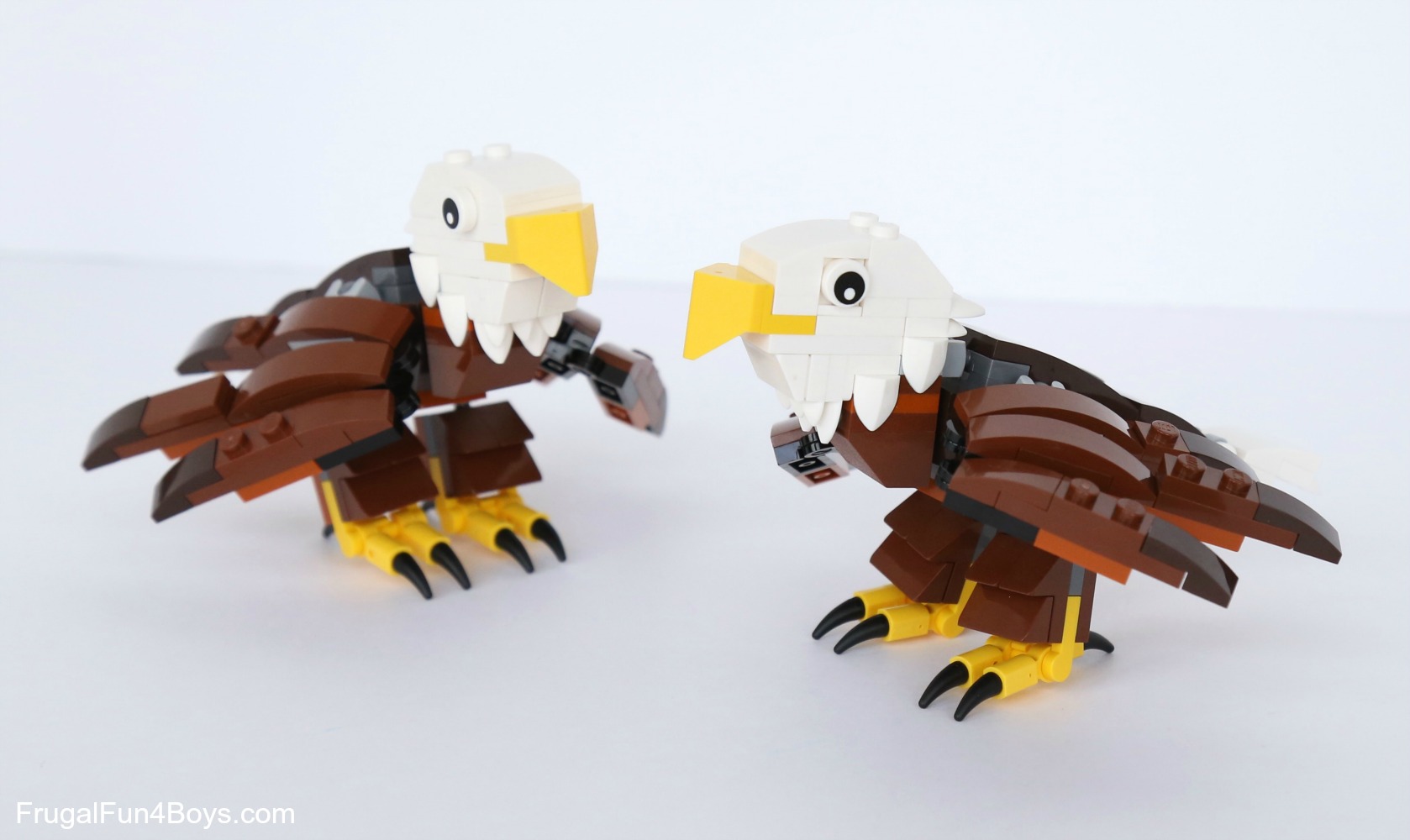 The video instructions move REALLY FAST. Here are some photos to help you out!

Here’s a view of the eagle from the side, with one wing removed. 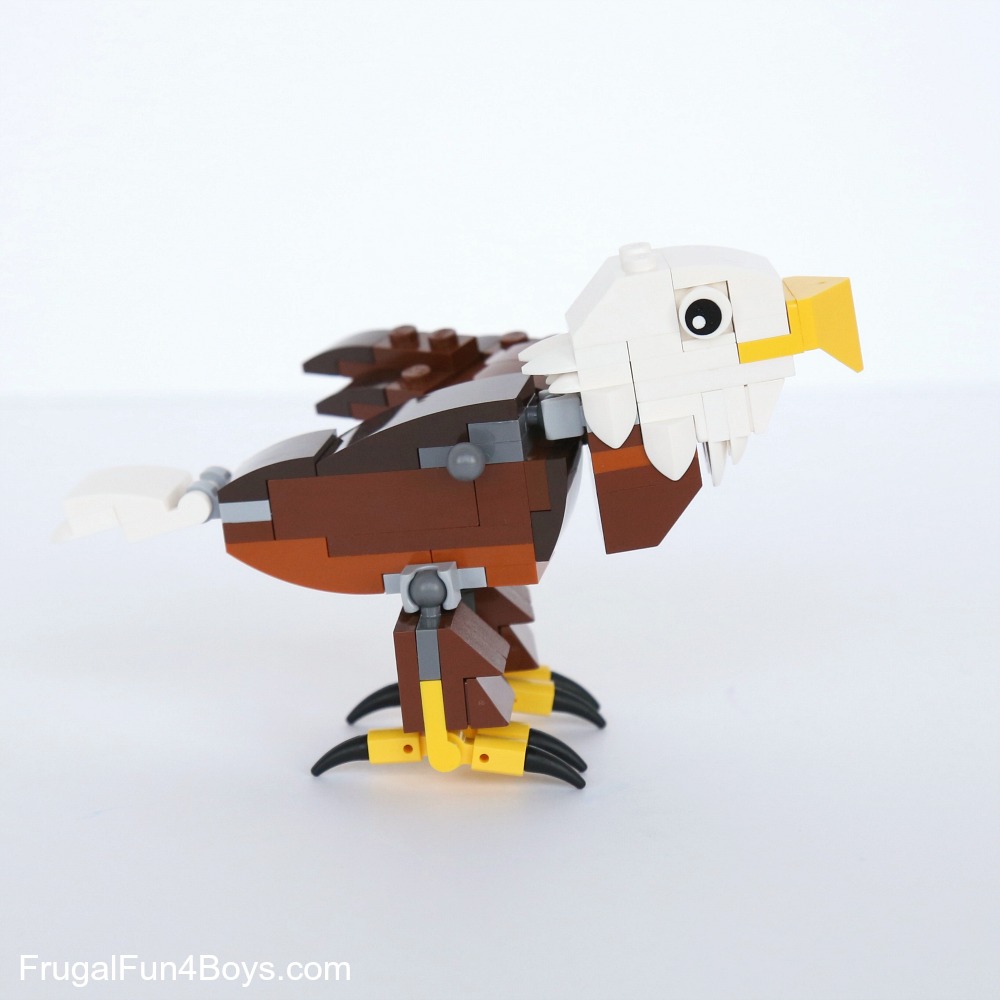 And this photo shows the wings: 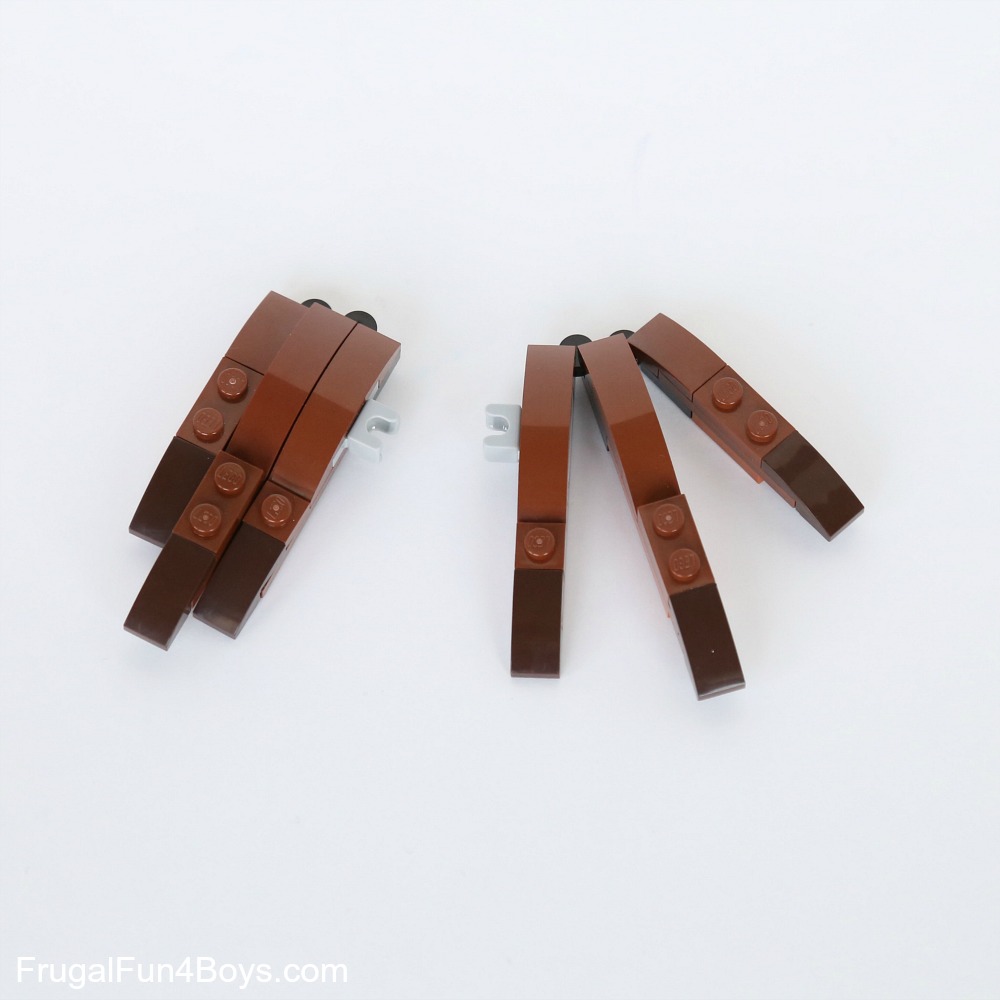 Here’s the underside of the wings. The black pieces are hinge plates (flat). The hinges allow you to pose the wings. 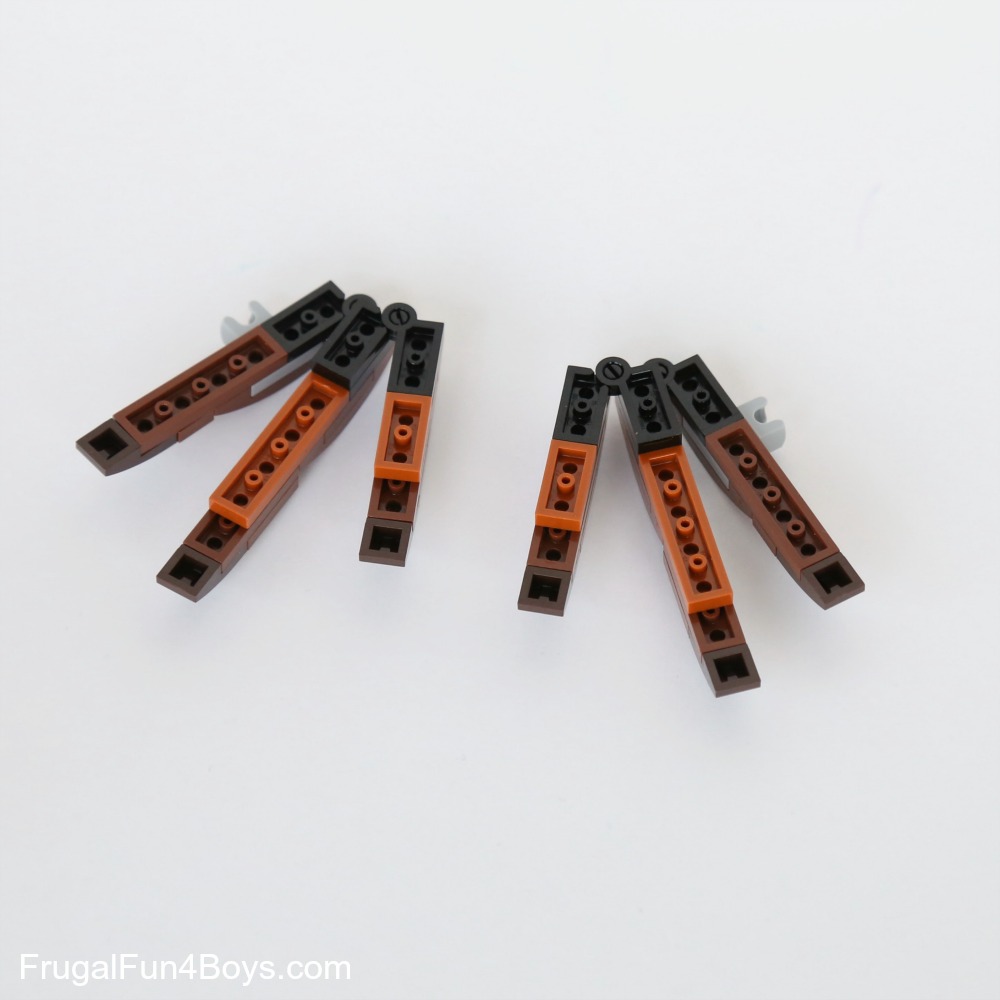 Here’s the video that shows how to build it. You’ll definitely need to stop the video a lot. And re-watch a lot. There are some other cool birds in there too. 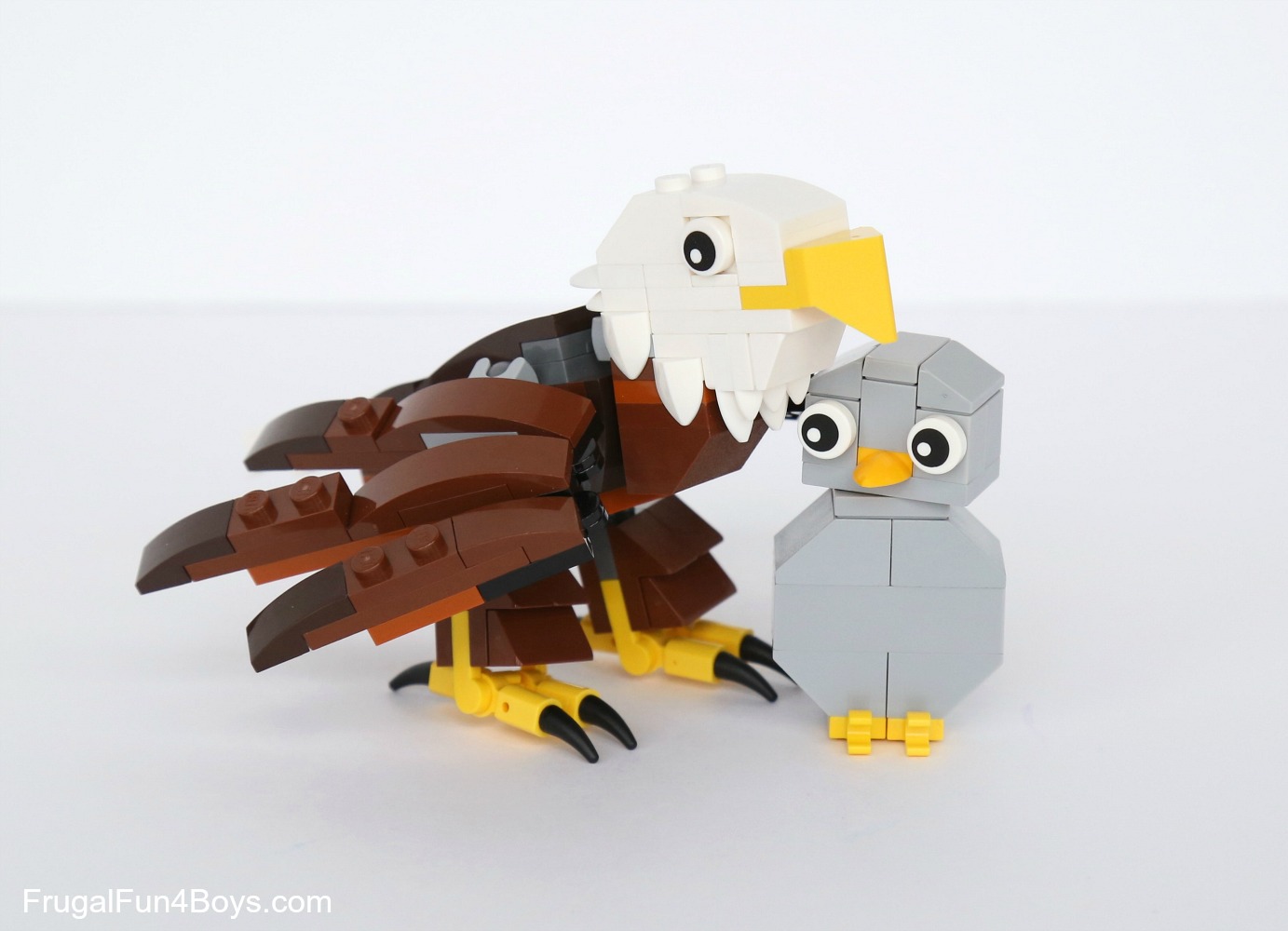 Start with these bricks at the bottom of the eaglet. 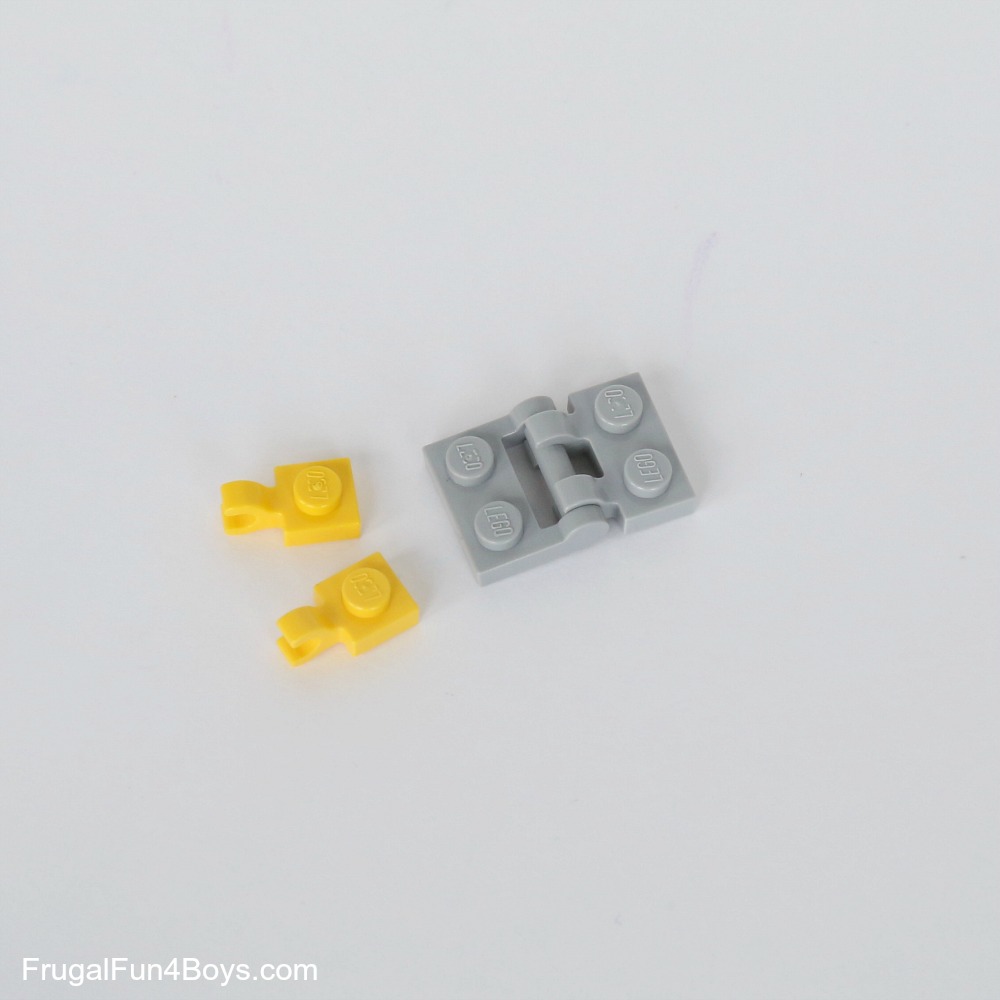 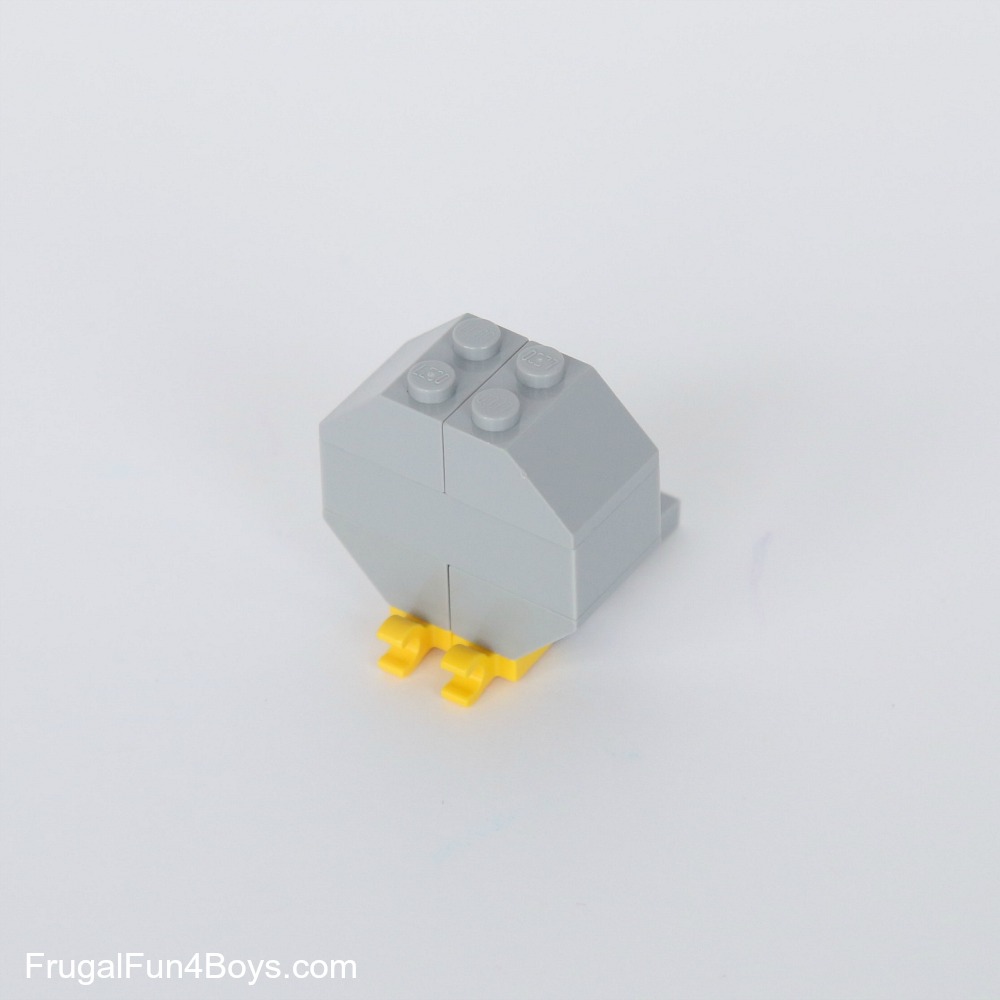 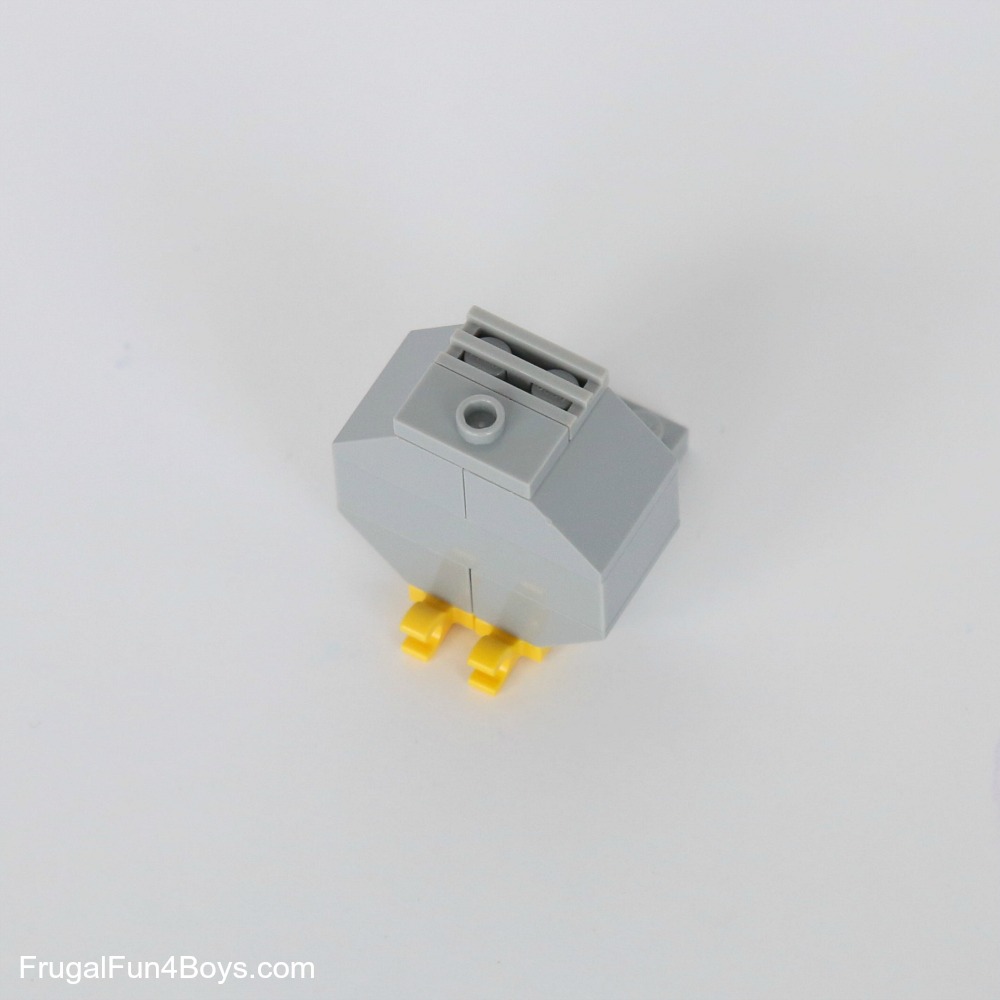 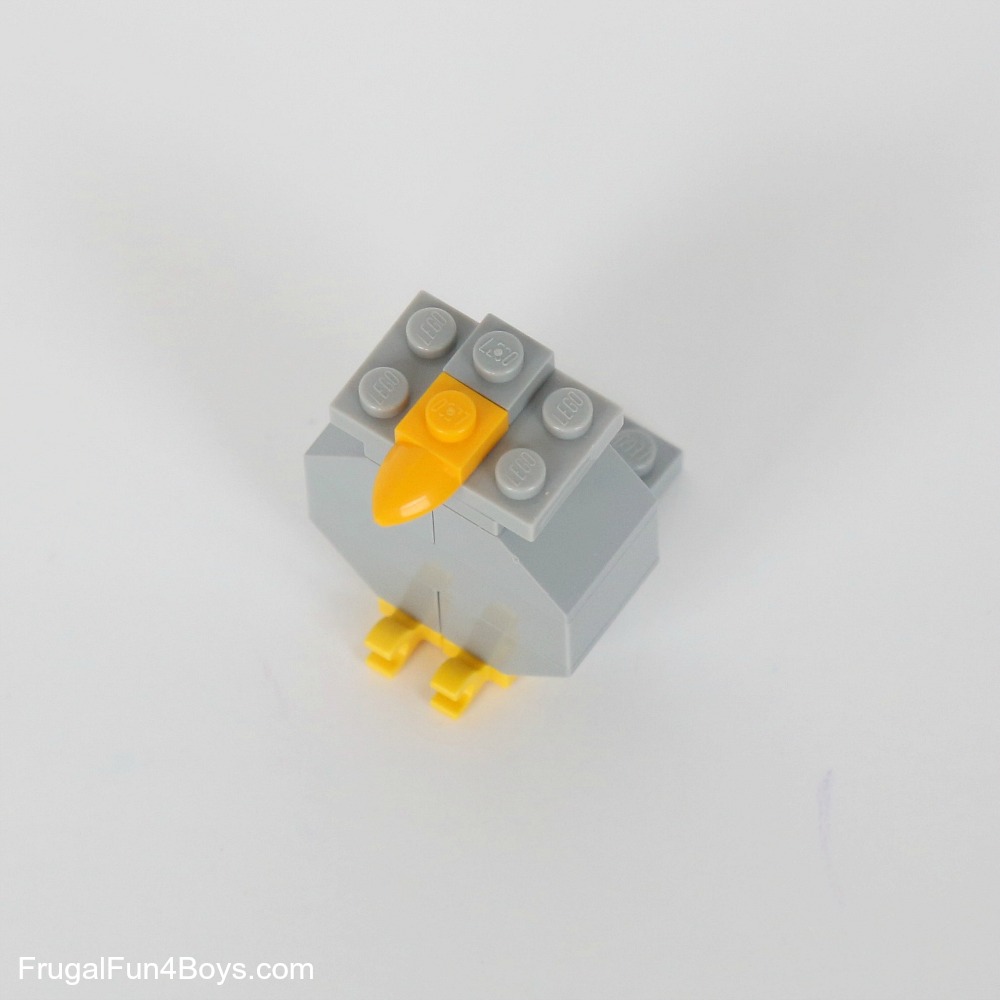 The head swivels, which is so cute! 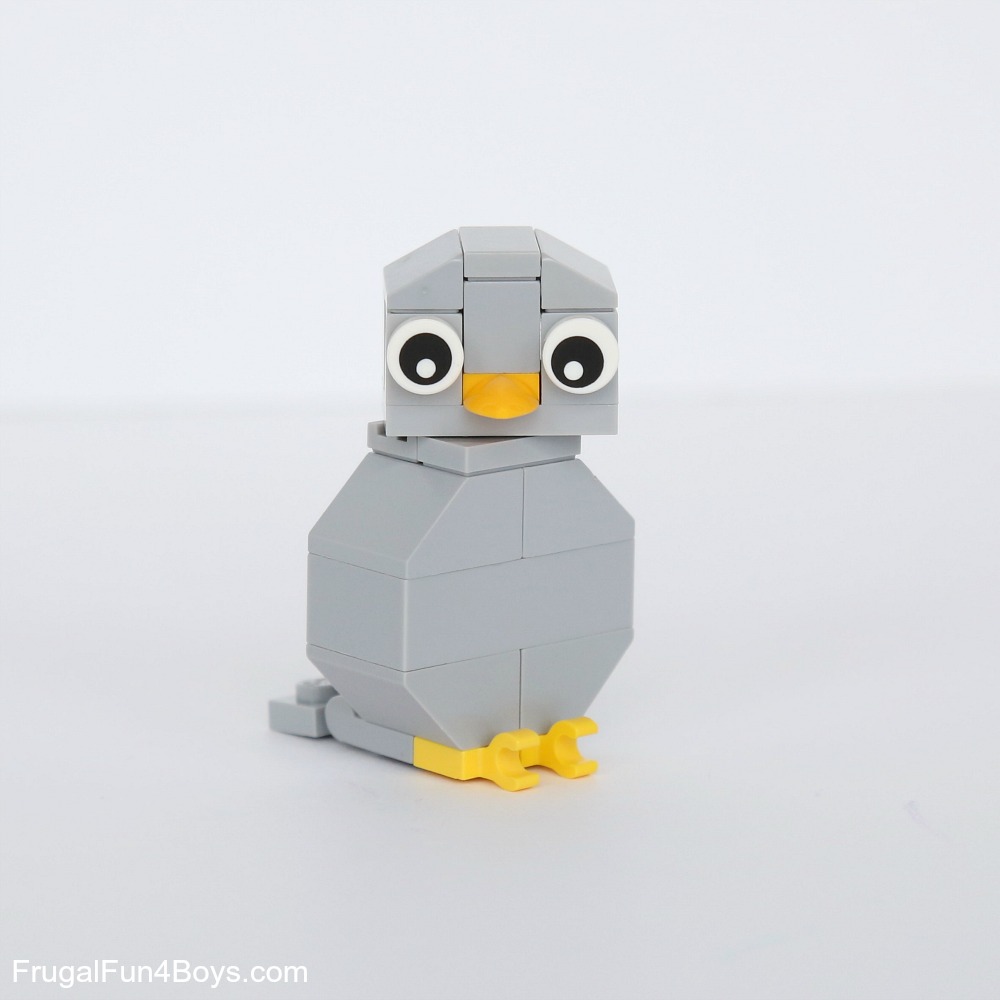 Build your eaglets a nest! We just stuck a bunch of flat brown bricks together and then added bricks around the edges. If you put a 1 x 1 round plate on the edge first, you can attach a brick to it and then turn the brick at an angle. 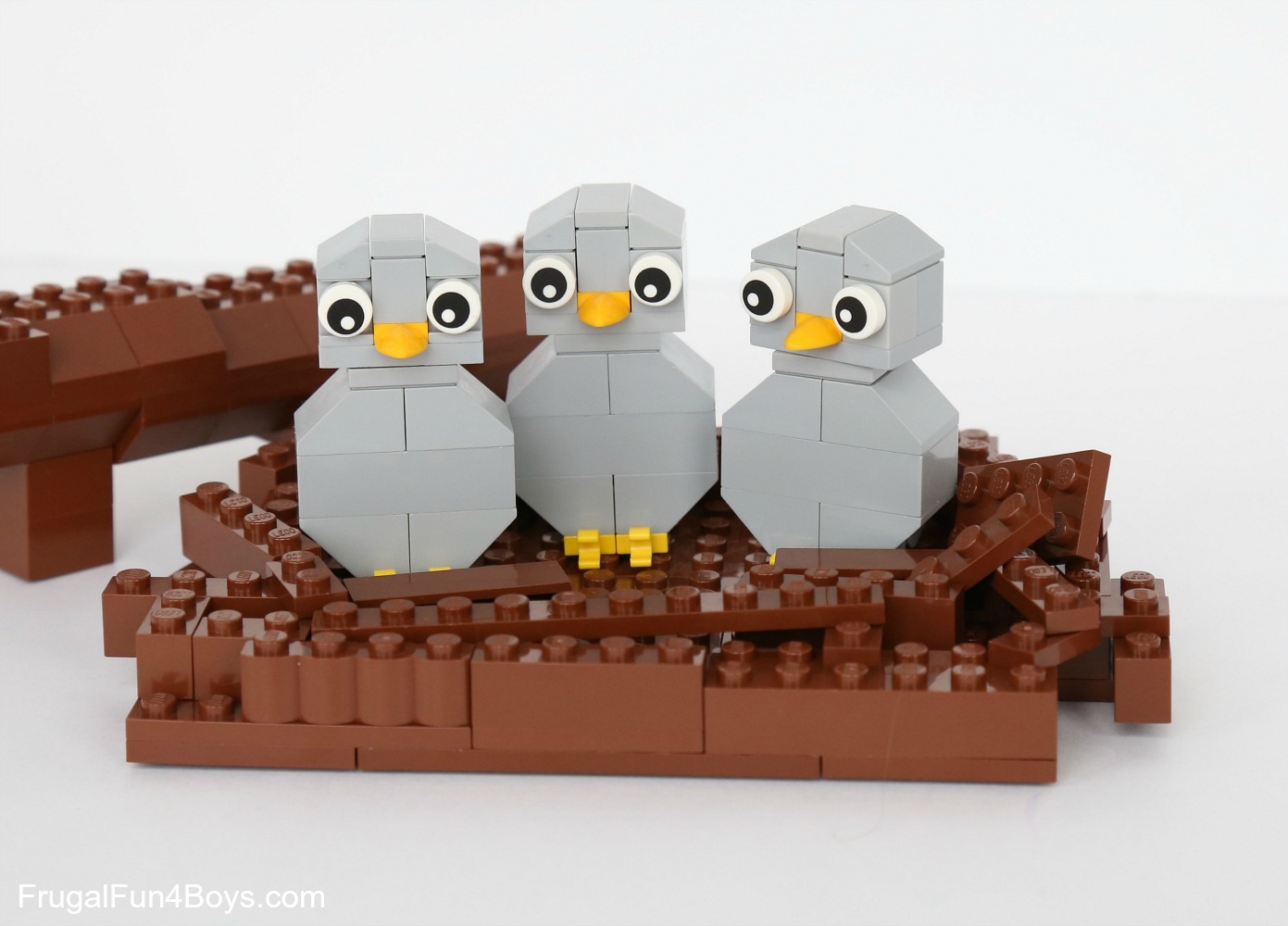 Have fun building! Need more LEGO® ideas? We’ve got tons! You can browse all of our LEGO® project here: LEGO® Ideas 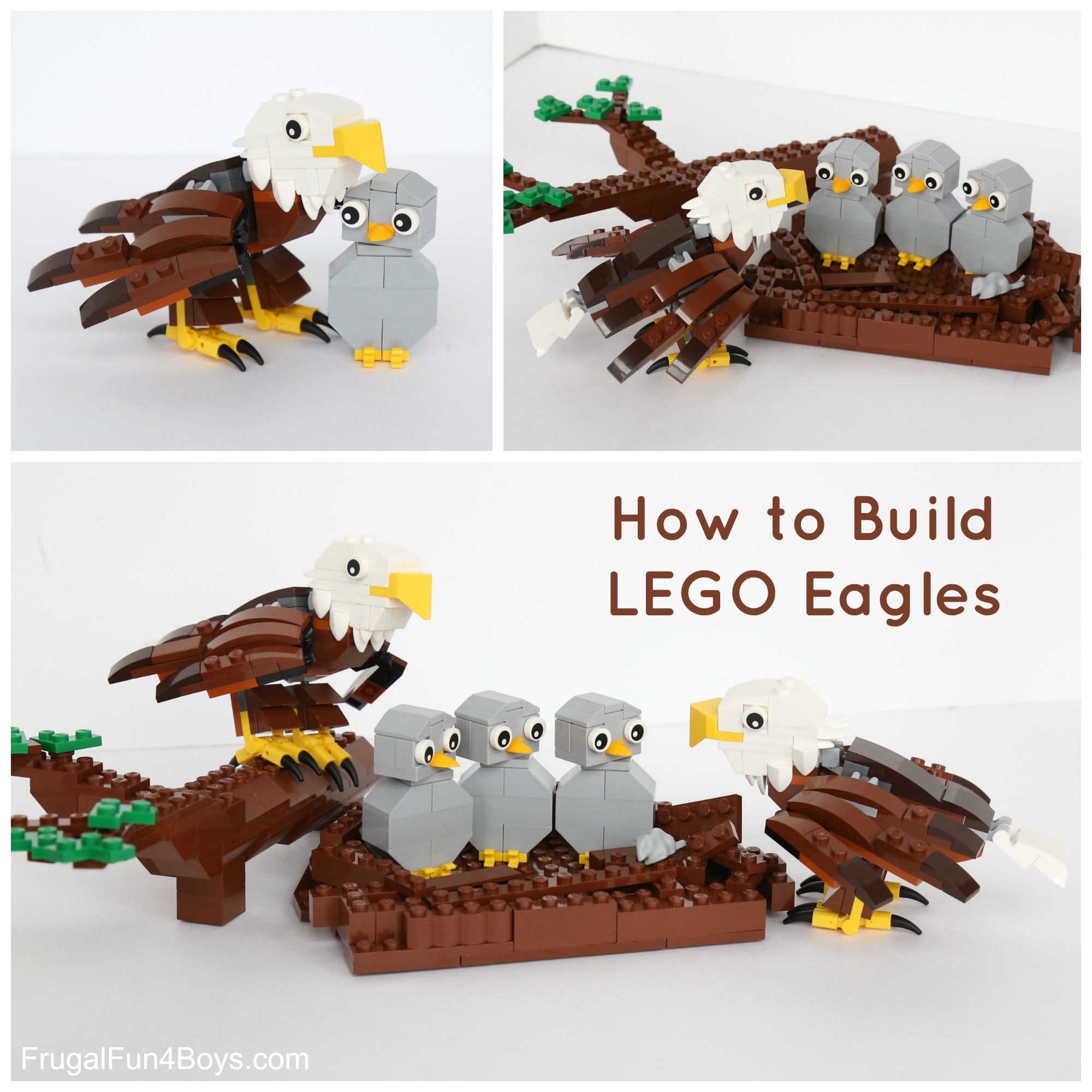