Here are some awesome LEGO® hacks that will make this favorite toy even more fun!

It’s no secret that LEGO® is a regular topic here on this blog.  On a fairly regular basis, I get asked:

These questions are related to each other, so we’ll cover them both!  First, creative building.  There are many kids who buy a set, build the set according to the directions, and then never want to take it down.  My oldest son was a build-it-like-the-picture kind of guy.  He built his sets and then that was it.  He played with the mini figures, but didn’t do much of his own building.  Then came the next two boys.  They rarely keep ANYTHING put together (although they have gotten better as they have gotten older).  The result of their carelessness is a big bucket of LEGO® bricks that people can build with!  Both of them just naturally build and re-build things constantly.

I can see both sides.  Once you have built a really awesome set, it’s hard to want to take it down.  Once the pieces get mixed up, and they will, it is VERY time consuming to ever build that set according to the directions again.  I have an appreciation for collectible LEGO® sets that a child can play with or  display, but if you want your child to do creative building, then you need a big bucket of random bricks that don’t belong to a favorite set.

The question is – how do you acquire a big bucket of LEGO® bricks if no one wants to take apart their sets?

I’m so glad you asked!

Shop clearance sales, especially after the holidays.  It doesn’t matter if your kids really want to build the set or not because what you’re going for is the pieces!  One year I bought Owen a space set for Christmas at 50% off.  I knew he wouldn’t keep it put together very long, and it had some neat parts.  Target is a great place to find LEGO® sets on clearance.  After Christmas is the best time, but they also mark down sets throughout the year.  My husband used to work for Target, and he says they usually do a large toy re-set in September, so watch for clearance during that time.  We have also found good deals at Kroger, a local grocery store.  Toys R Us is actually one of the worst places to find a good price on LEGO® sets, although they do match Amazon’s prices.

If your child gets totally hung up on the picture, but a clearance set or two and take it out of the box.  Add the bricks to your bucket of bricks, but don’t give them the instructions!

Keep an eye out at garage sales and thrift stores.  We recently found ziplock bags full of LEGO® bricks for $5/bag at a local antique store, and then I saw bags of bricks again at a children’s consignment sale.  You can always wash the bricks that you find second hand!

I am so glad that LEGO® has released all these fun Classic tubs!  My *one* complaint with them is that the variety of colors is so large that it’s hard to build things in realistic colors with them.  For example, your child can build a rainbow house but not a red one.  Even so, they include a lot of fun pieces like slope bricks, hinges, and wheels so that you can build detailed creations. 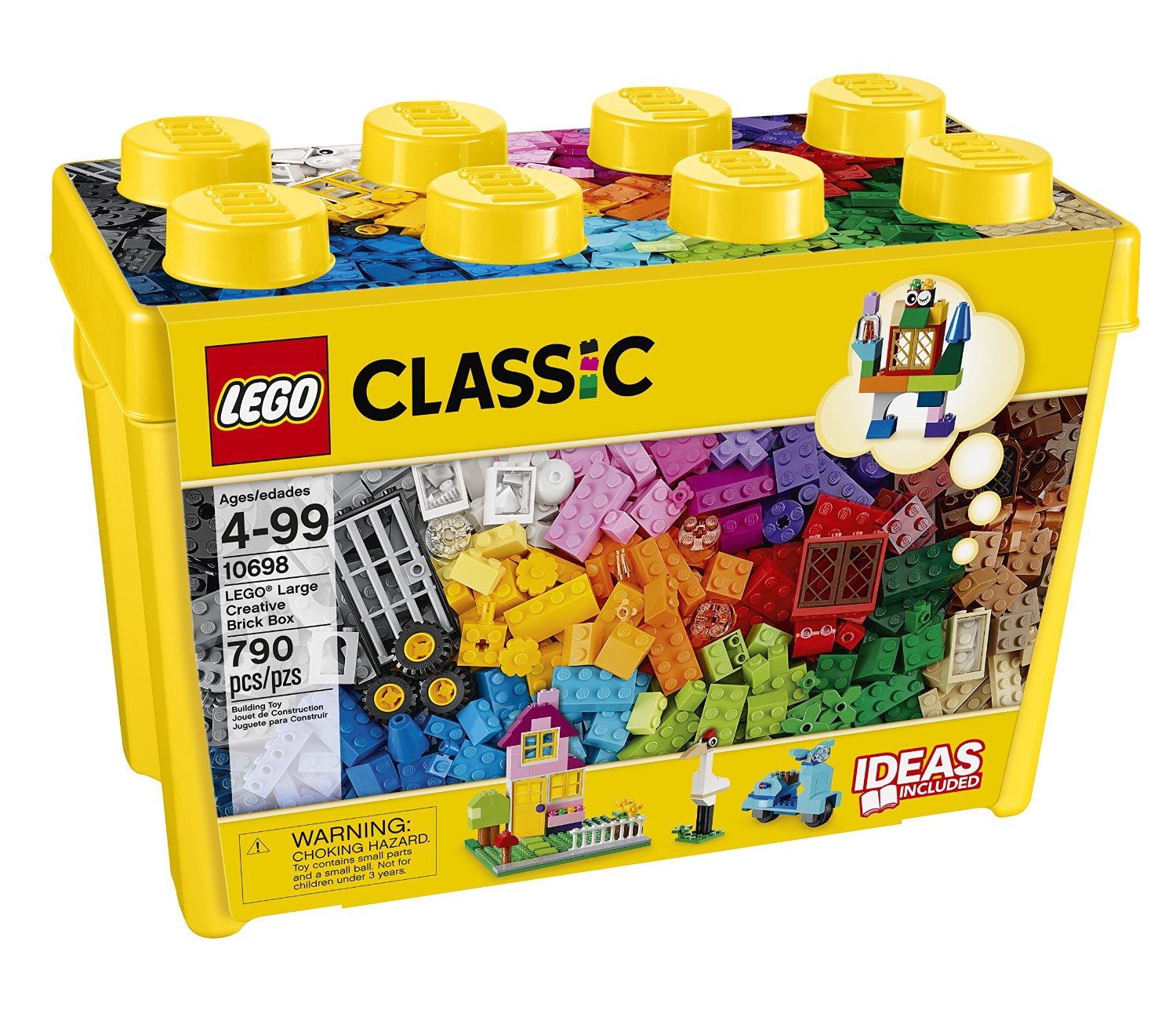 The LEGO Classic Windows of Opportunity is also a great choice.

Amazon also carries a few LEGO® Education sets that are great for stocking up on car parts and mini figures!  When we started writing our LEGO® book, I ordered this LEGO Education set with wheels, steering wheels, windshields, and plenty of dark gray plates.  Perfect for creating vehicles from scratch. 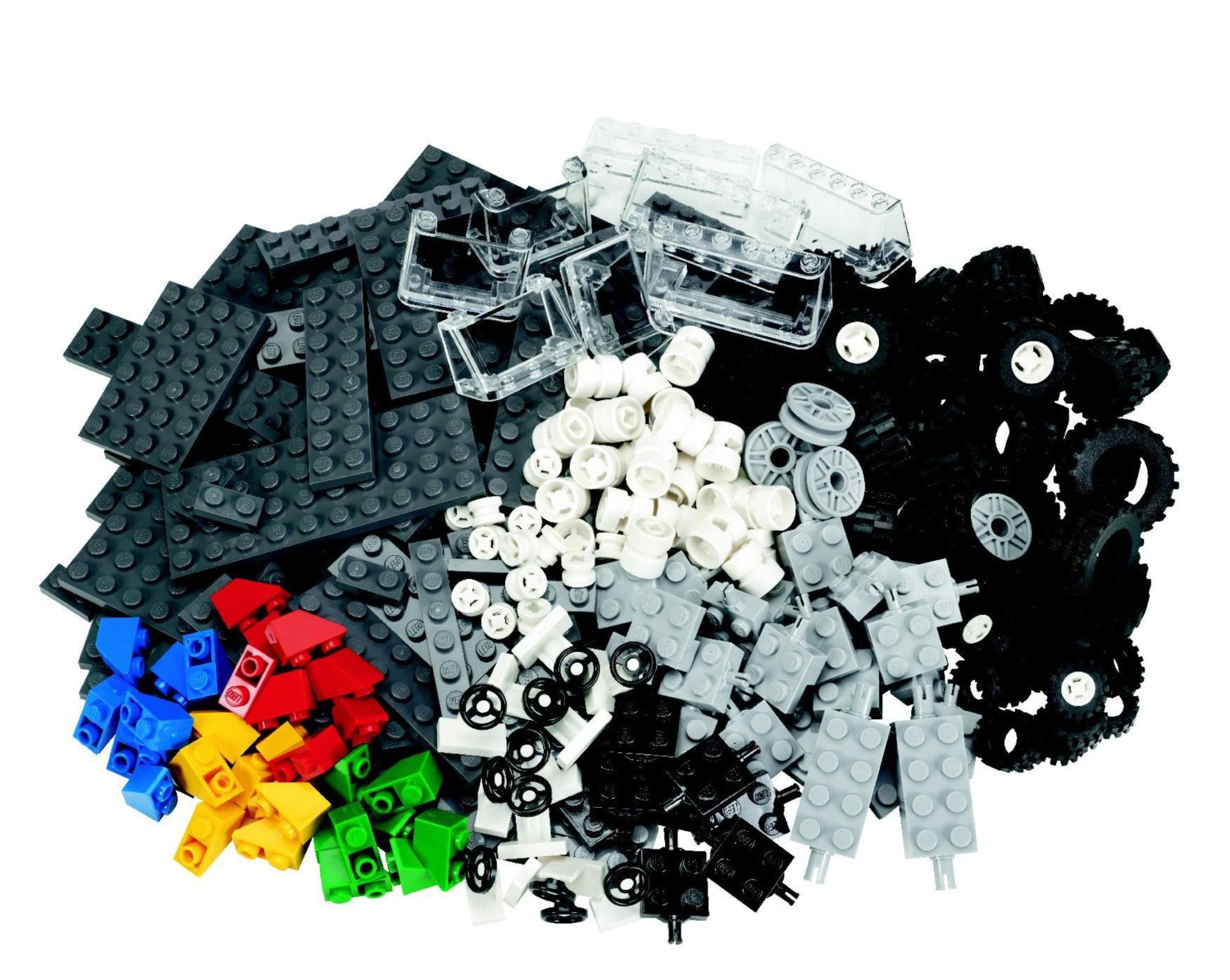 Check the Brick Wall at your local LEGO® store.

The brick wall at the LEGO® store is a great place to find interesting LEGO® pieces or a bunch of bricks in one color.  Our local store sells bricks from the brick wall in two different sized cups.  The smaller one is about $8 and the large one is about $15.  You can stuff more than you’d think into those cups!  They rotate what’s on the wall, so stop by often.  In our area, we also have a Legoland Discovery Center.  Our experience has been that the brick wall there is not as good as the LEGO® store in the mall.

Another tip on creative building…

When my oldest was young, he was overwhelmed by a big bucket of LEGO® bricks.  I distinctly remember him dumping out all the Legos and then just driving truck through the pile!  Drove me nuts.  One day, we went to the LEGO® store and came home with a small cup of bricks from the brick wall.  He played with those pieces for days!  Some kids do better with a small amount of pieces, especially when they are young.

Sometimes kids need inspiration.  I enjoy cooking, but I like to use a recipe book.  In the same way, someone else’s ideas are not necessarily a hindrance to creativity – they can spark creativity!  We have tons of LEGO® challenges here on this blog.  Some are open-ended building challenges, while others have instructions.  You can view all our LEGO® ideas here:  LEGO Projects

Also, be sure to check out our LEGO books for more building ideas!  We have four LEGO® project books that are full of ideas that kids can make with the bricks they have.

You can see our books here: LEGO BOOKS 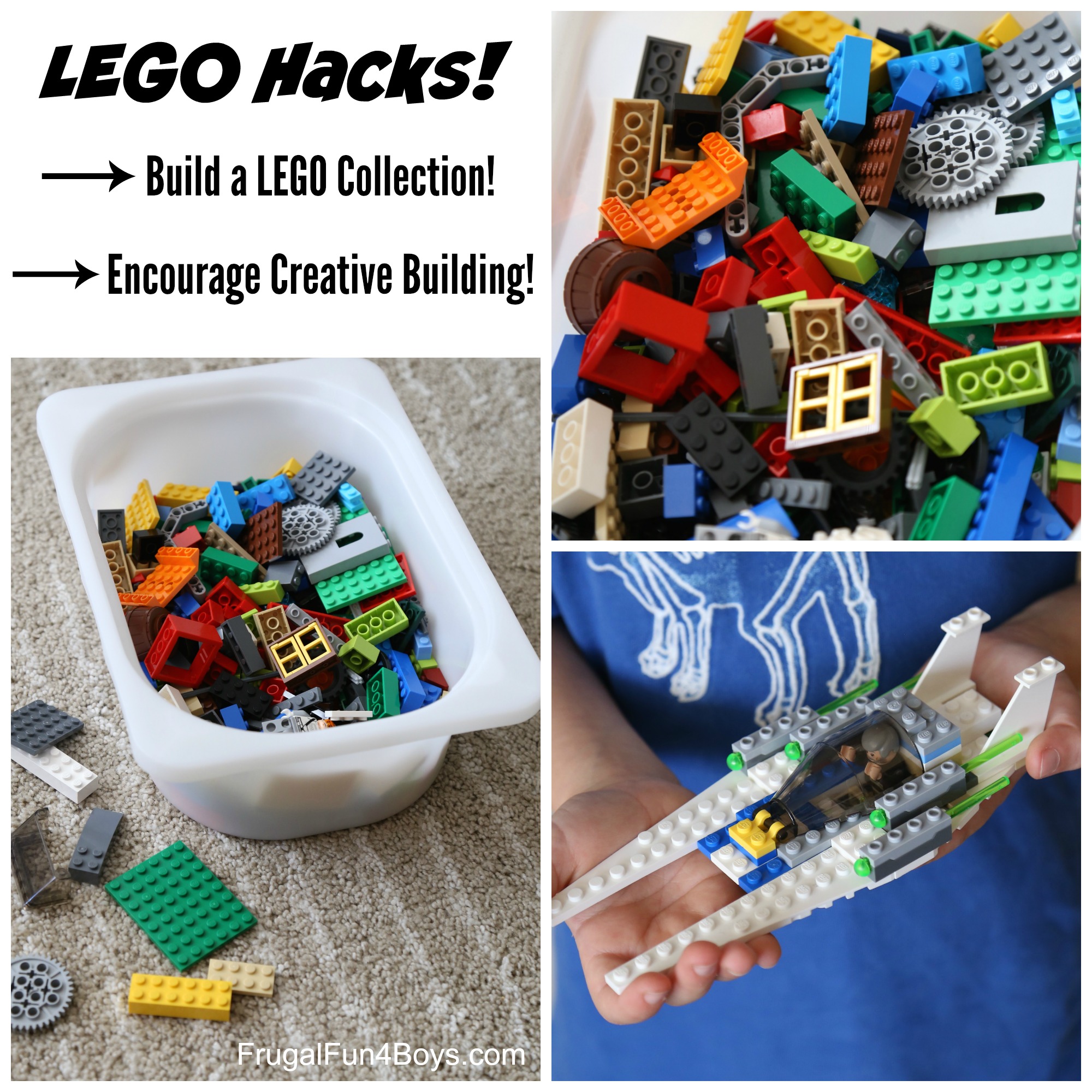