Have you heard of fidget spinners? Originally introduced as a fidget tool for kids with ADHD or autism spectrum disorder, they have exploded in popularity with kids everywhere! My boys heard about them from neighbor kids and wanted one of their own, so we ordered one from Amazon. I’ve gotta say – it’s a fun little gadget that demonstrates some neat properties of physics!

Aidan (age 13) has been working for a couple of weeks to design a fidget spinner out of LEGO® bricks. The real ones spin for a longer time, but his version has a satisfying spin and is a fun build! Challenge kids to build one with our design or to create their own. Can they figure out the best way to distribute the weight and reduce friction between the moving parts?

Hold the fidget spinner by placing one finger on each side. 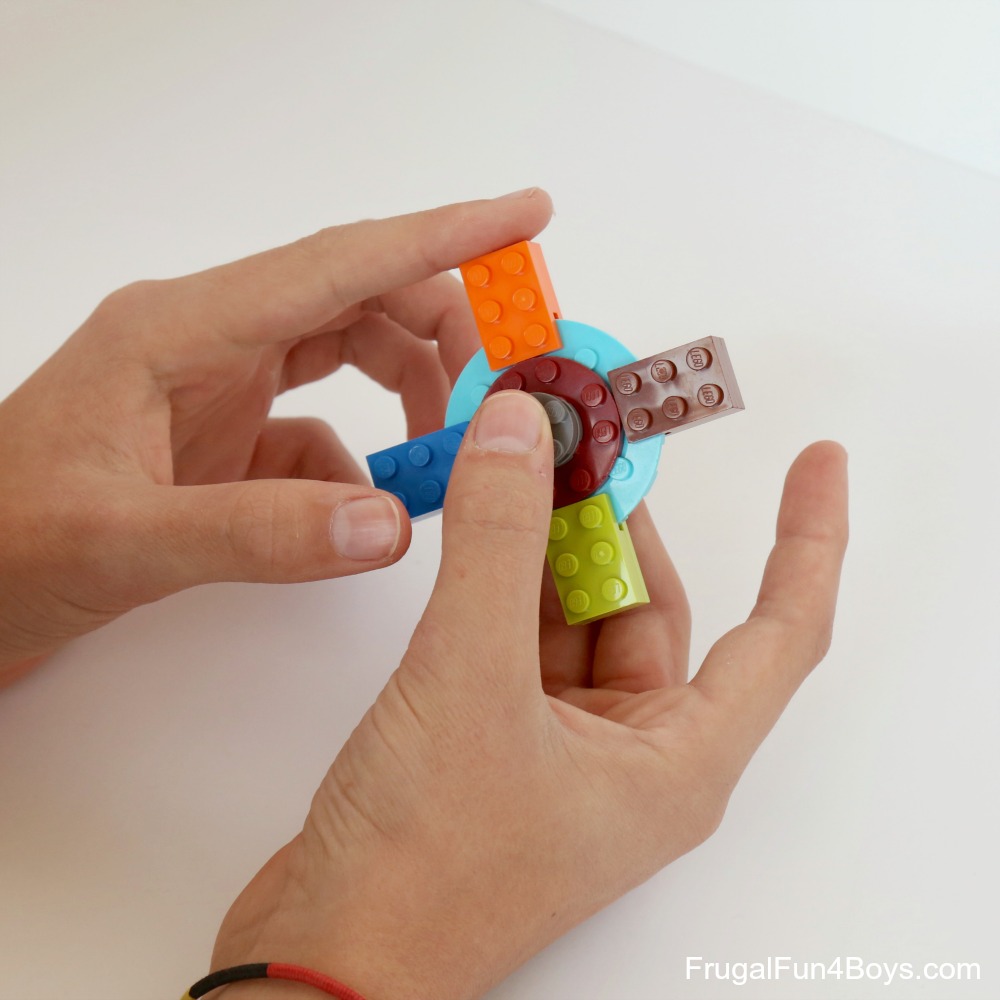 Then use your thumb or finger to give it a spin! 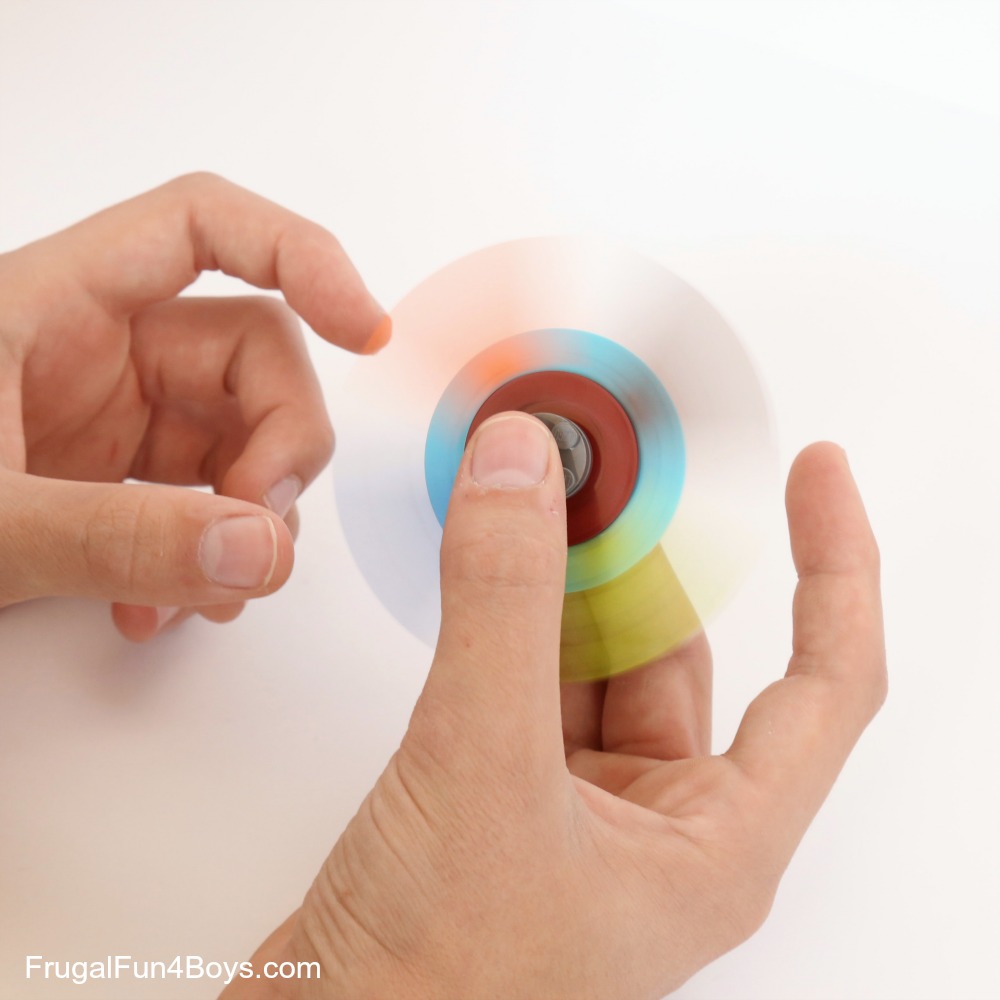 Here are the bricks needed to build one: 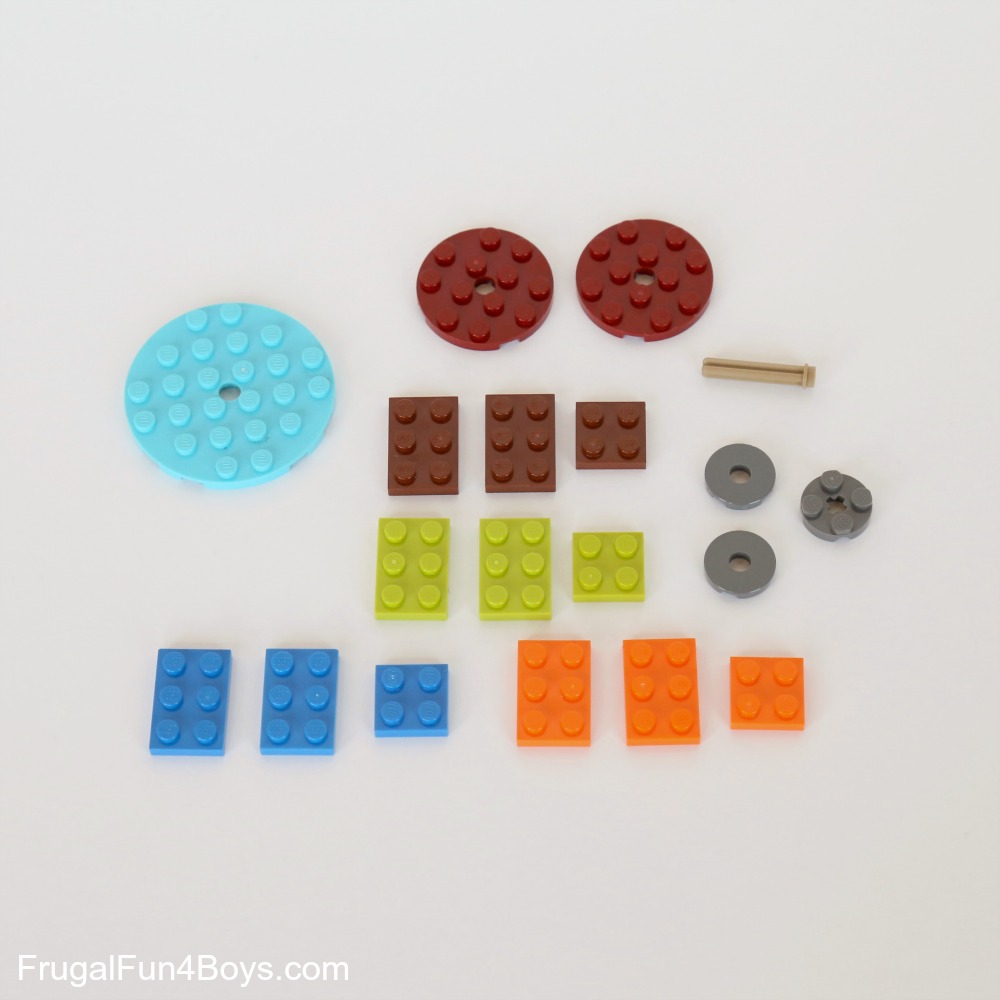 Start by putting a 4 x 4 round plate on both the top and bottom of a 6 x 6 round plate. Slide one of the 2 x 2 round tiles (with a round hole) onto the axle. You’ll need an axle that is 3 studs long with a stud on the end. 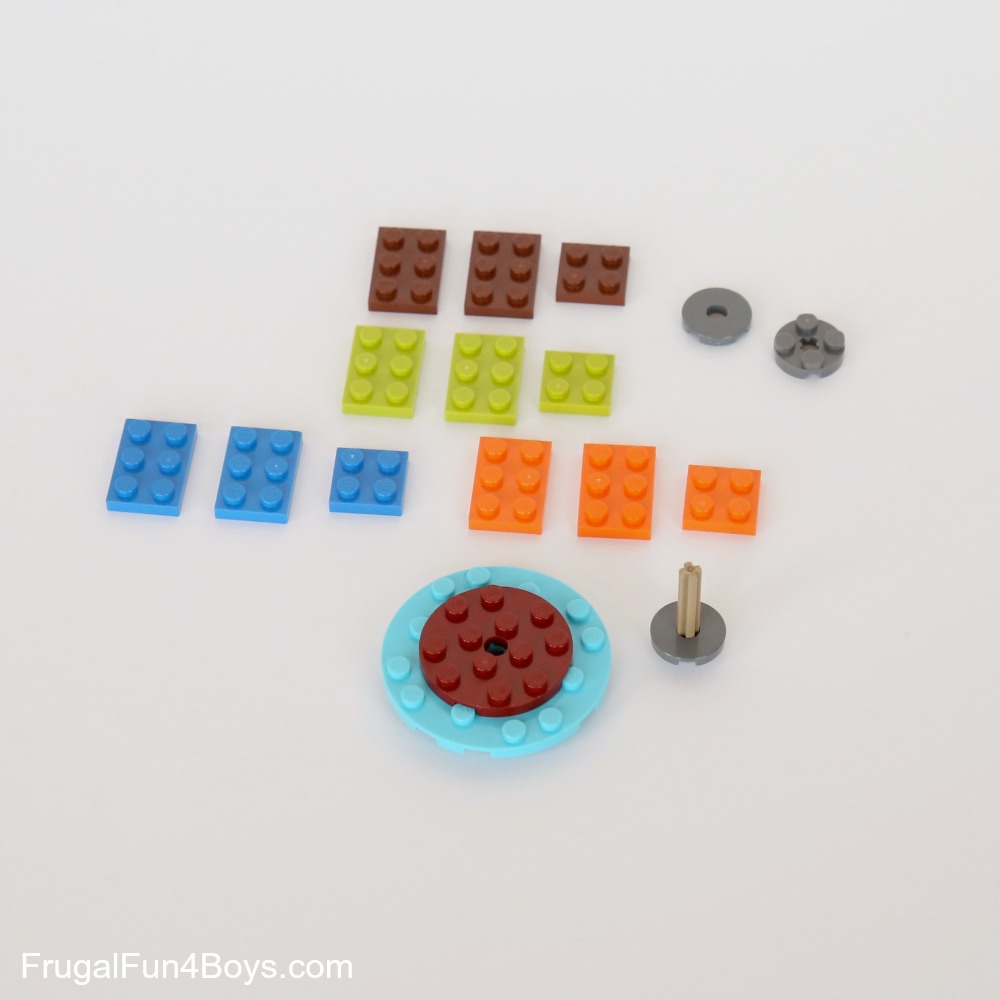 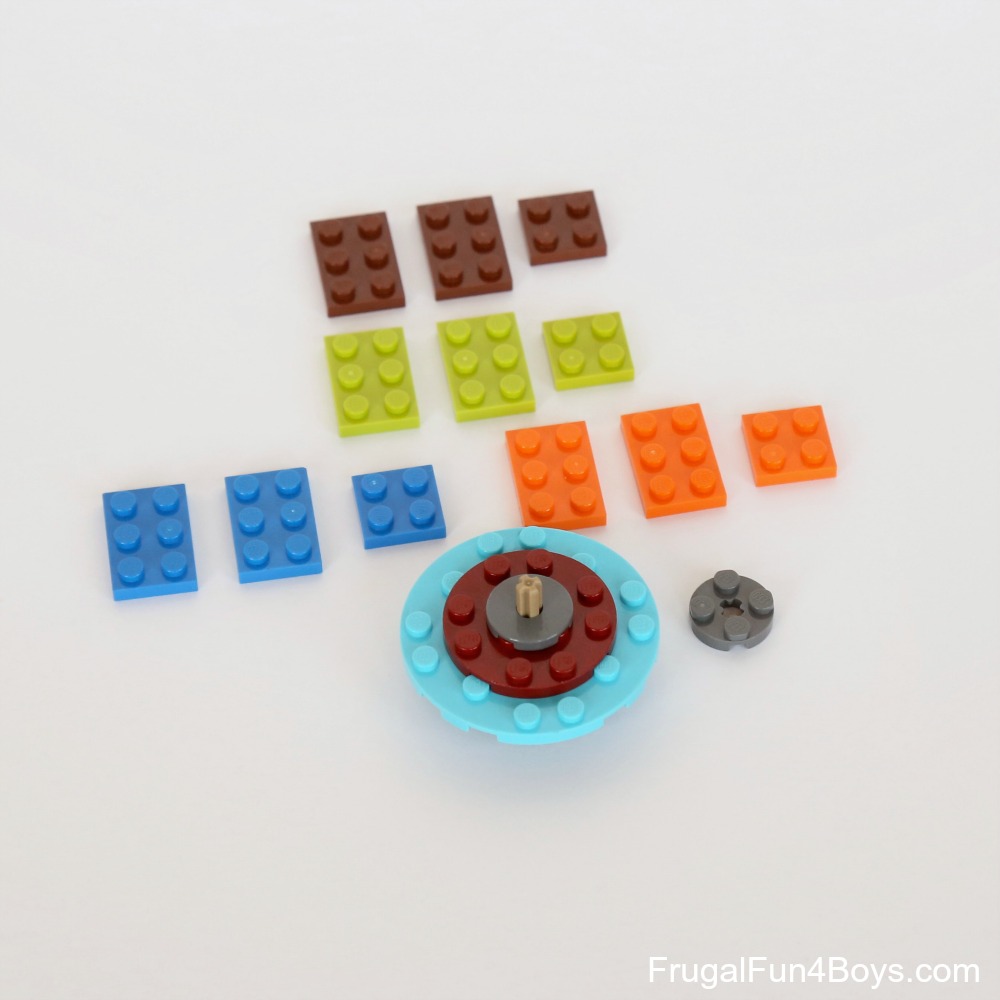 Slide a 2 x 2 round plate (with an x shaped hole) onto the top of the axle. Leave some space so that the spinner is free to turn. 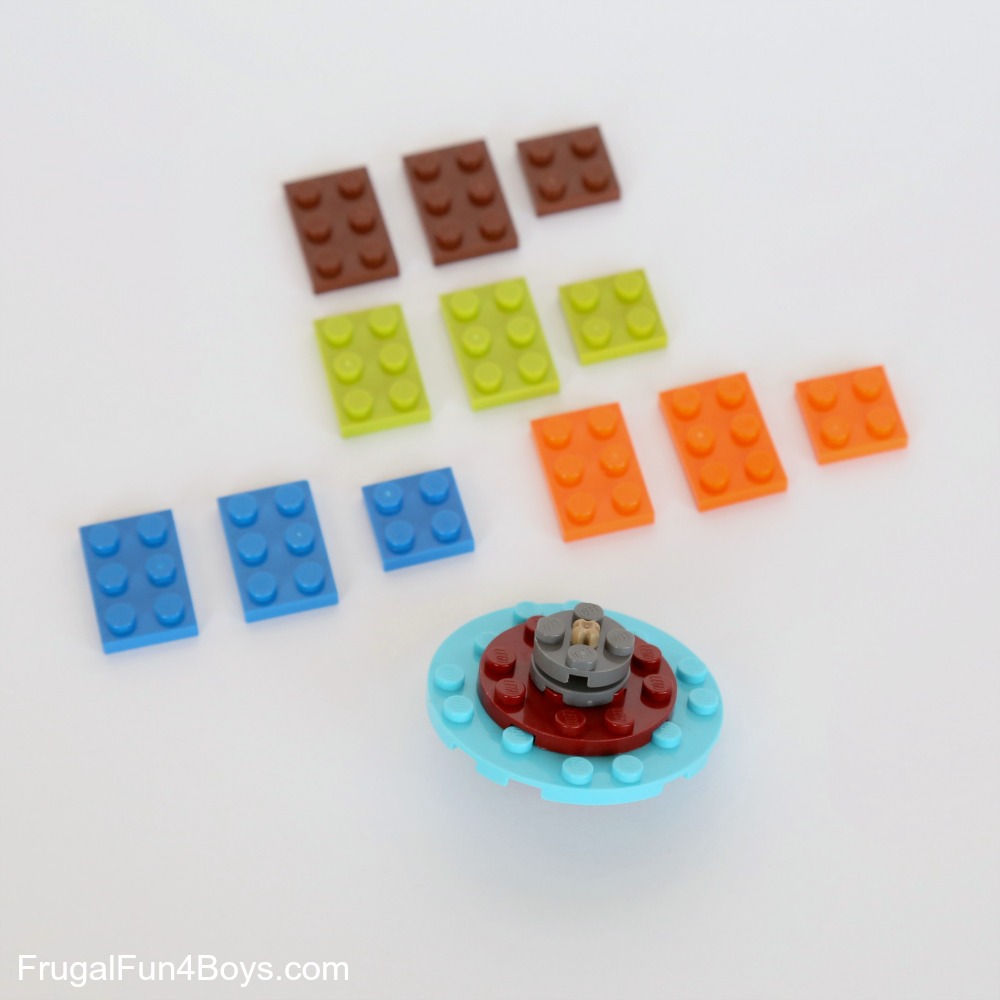 We found that our spinner would spin for a longer time if we added arms. The additional weight seems to give the spinner more momentum. 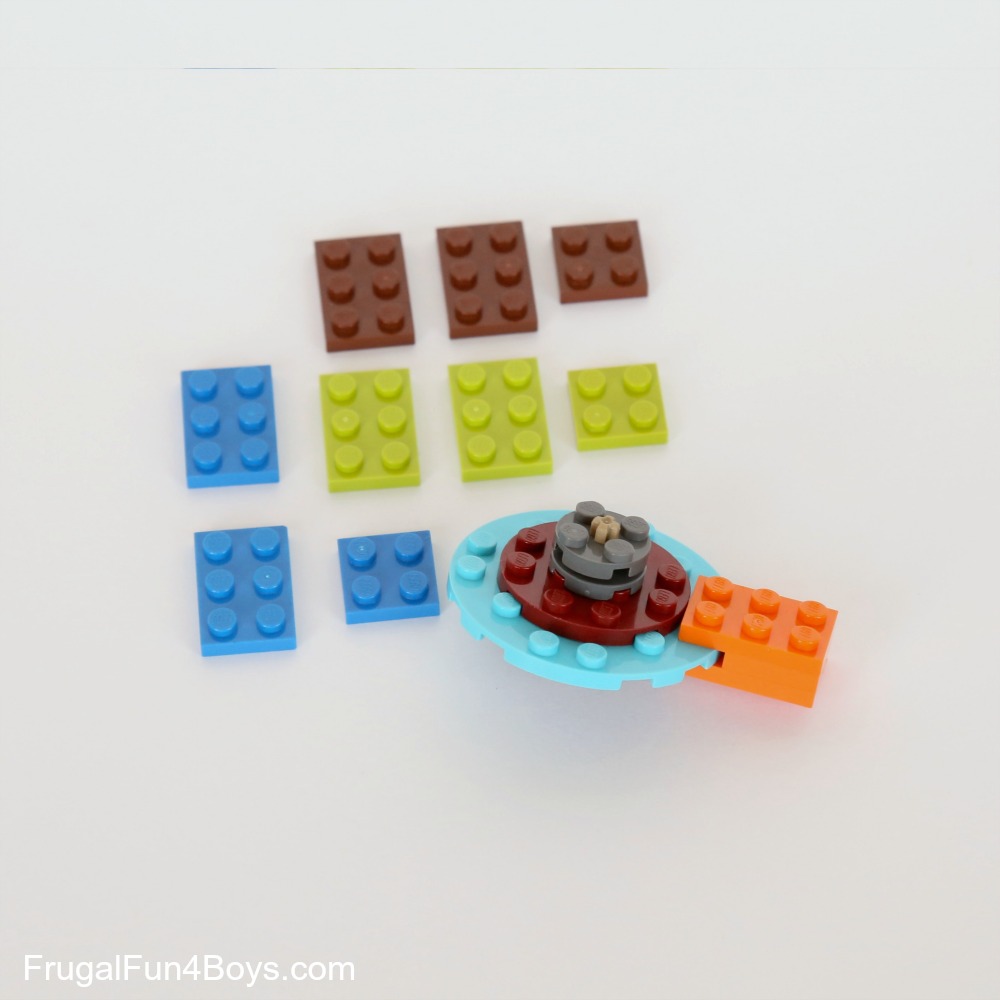 Add all four arms, and your spinner is ready to go! 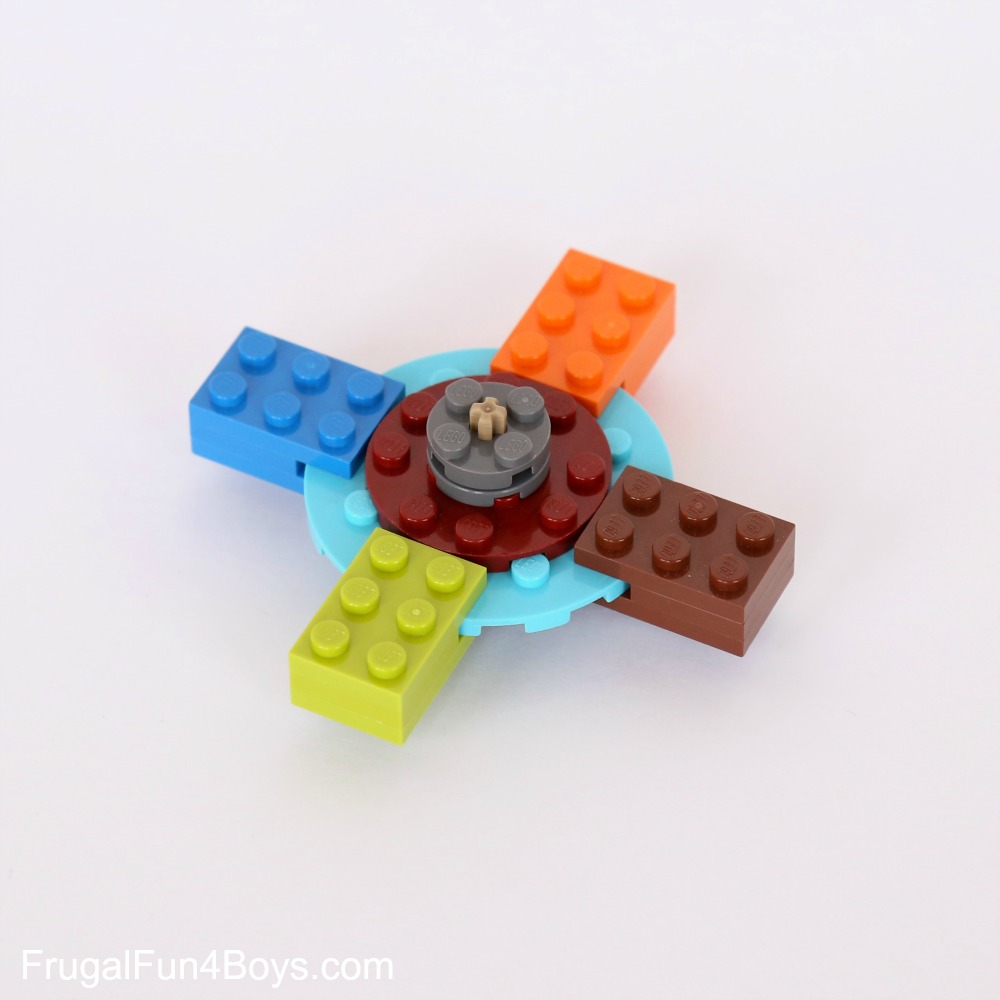 To spin it, place one finger on each side as shown below. 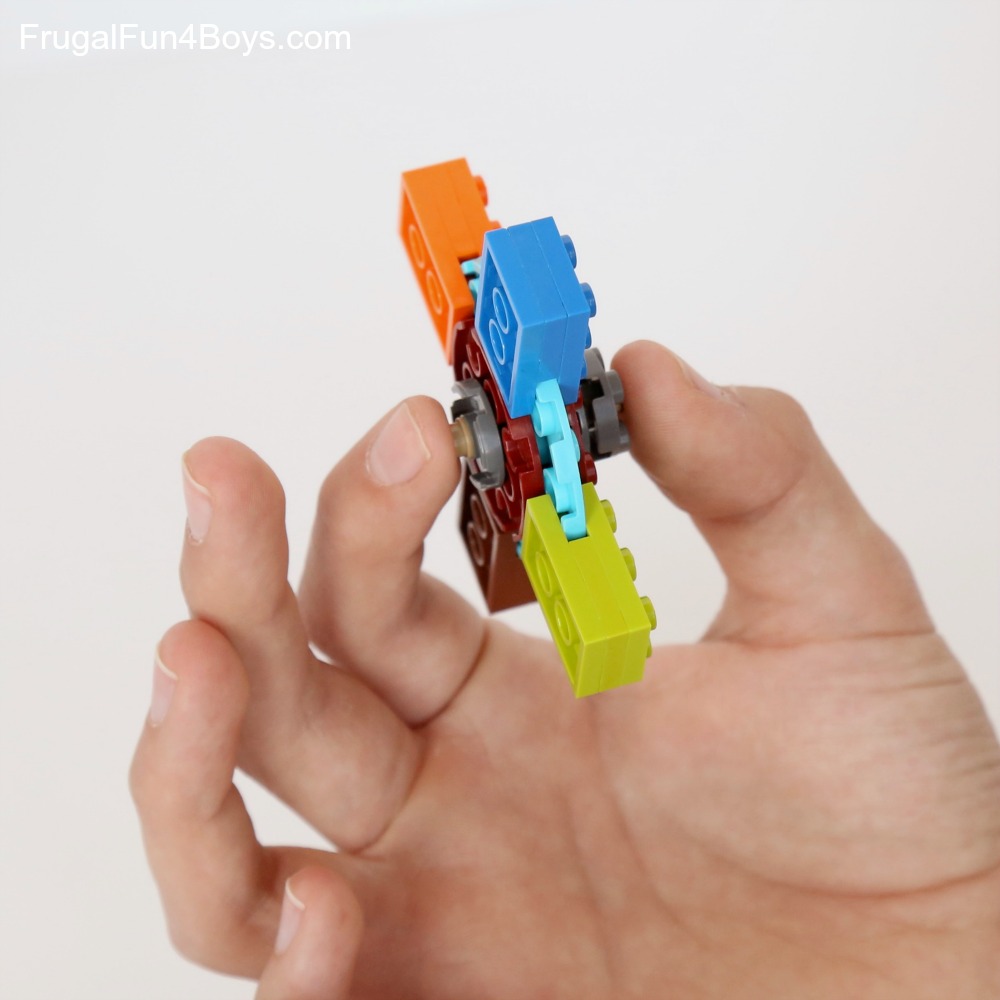 Have fun building! Here’s a video that shows Aidan’s spinner in action, and he also demonstrates how to build it.

This site is full of LEGO® project ideas, such as a working candy dispenser, minions, STEM projects, and more. Browse through all of our ideas!

You will also want to check out our LEGO® book! It’s called Awesome LEGO® Creations with Bricks You Already Have, and it’s packed with 50 new LEGO® projects. There are robots, dragons, airplanes, animals, working machines, and more. Most LEGO® books don’t have instructions, but ours does! Some of the projects are open-ended or can be figured out with the photos provided, but others have step-by-step instructions.

COMING SOON… OCTOBER 2017! Our second LEGO® book will release on October 10th! Epic LEGO® Adventures with Bricks You Already Have contains five funny stories to read, and then there are step-by-step instructions for each of the projects in the stories. I’m super excited about this one because it will be such a springboard for imaginative play and building! Pre-order now and your copy will arrive on release day.