Build a LEGO® foosball game that really works! This is a fun LEGO® project for all ages.

We used a marble for the ball, and it works well. Those little blue LEGO® balls that come with Ninjago sets work well too. Players score by hitting the ball into their goal. So cool! It’s just like real foosball, but in a tabletop size.

The game uses Technic rods that turn inside a Technic brick with a hole in it. Don’t be scared off by Technic pieces! They come in other sets besides just Technic sets. Also, it’s not too difficult to order extra parts from BrickLink if you need to supplement. 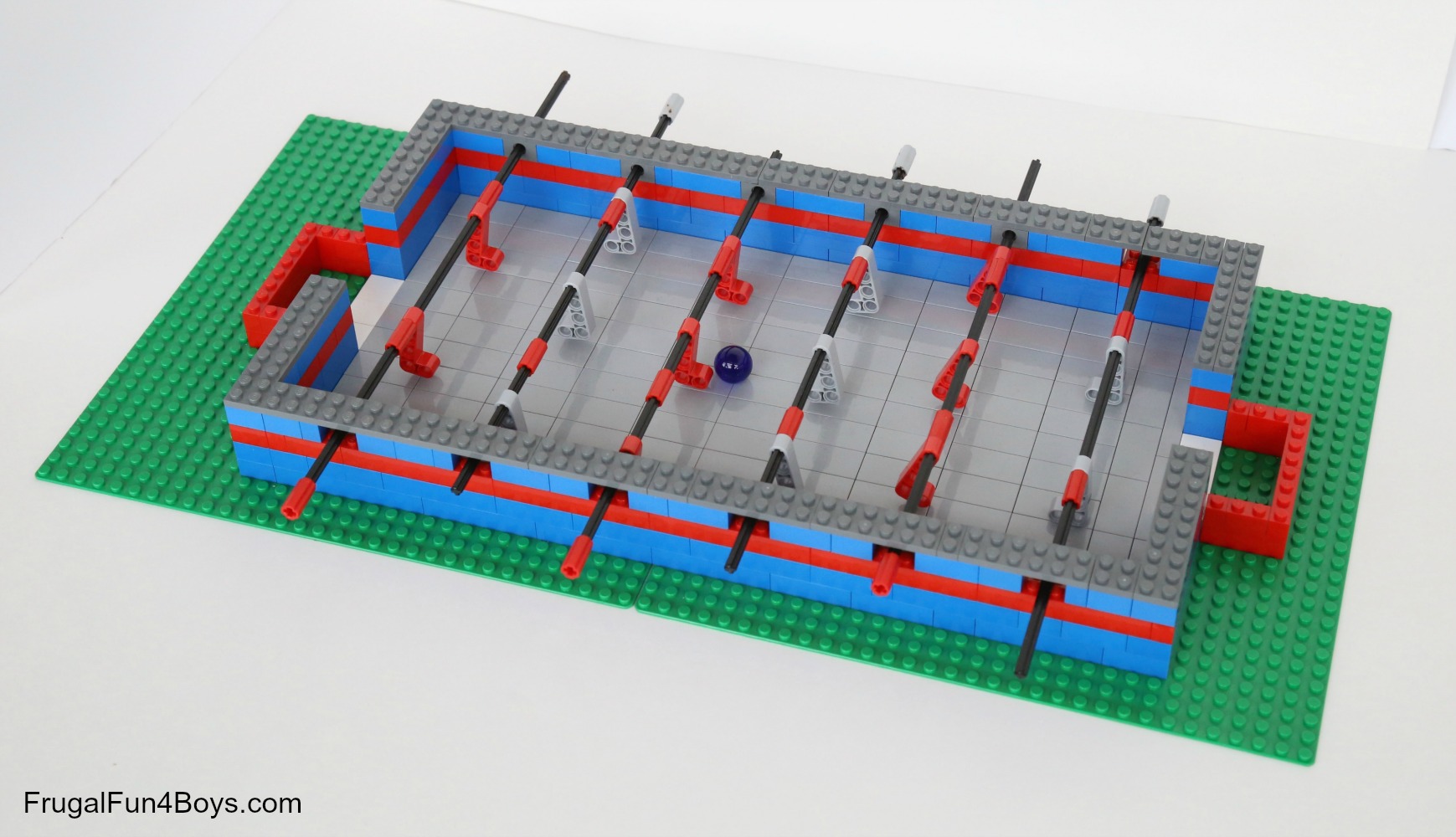 Here’s what you need to build one: 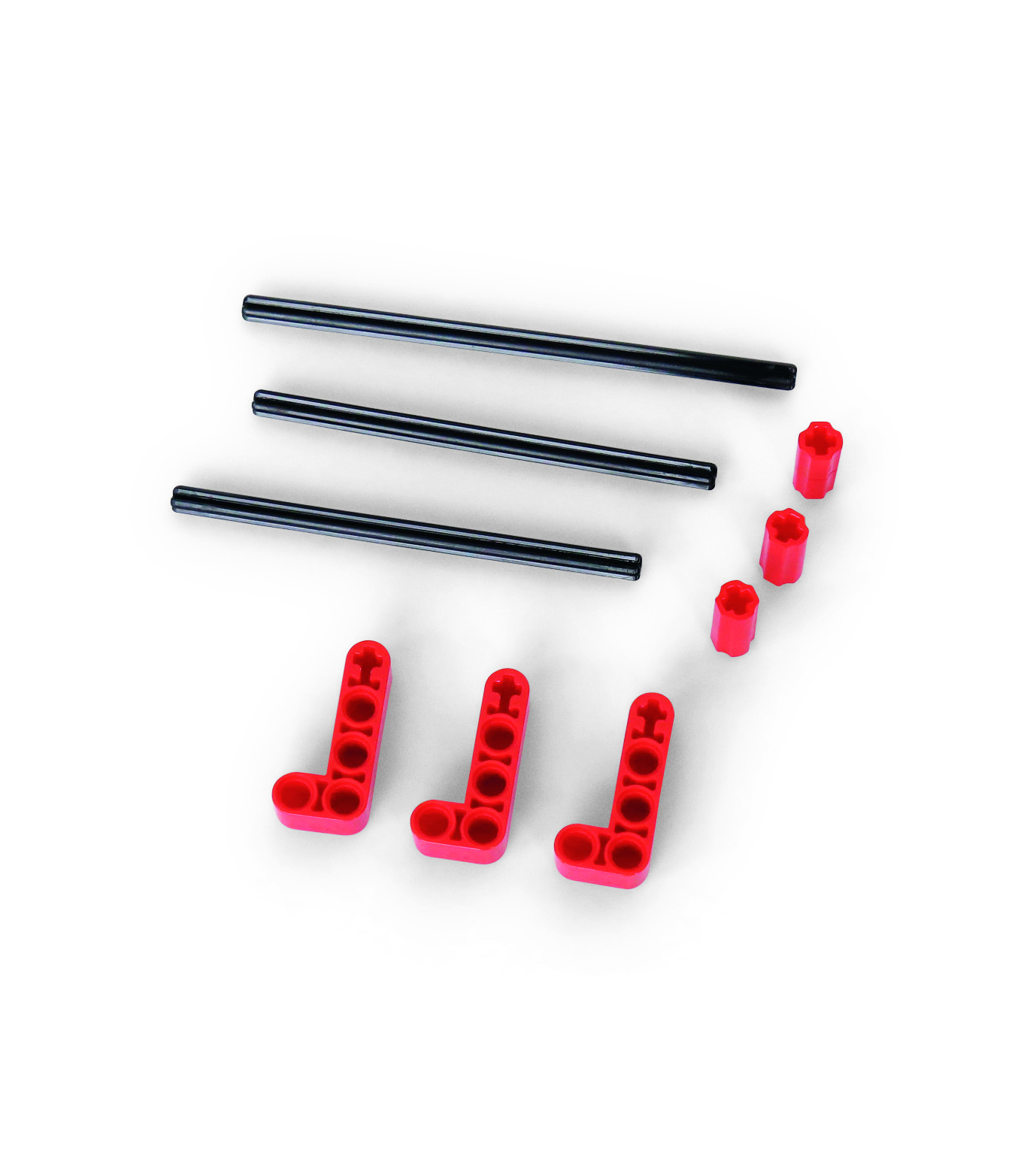 The liftarms have an x-shaped hole at the top, which means that they fit snugly on the axles and do not spin when you turn the rod, which makes them strong enough to hit the ball. 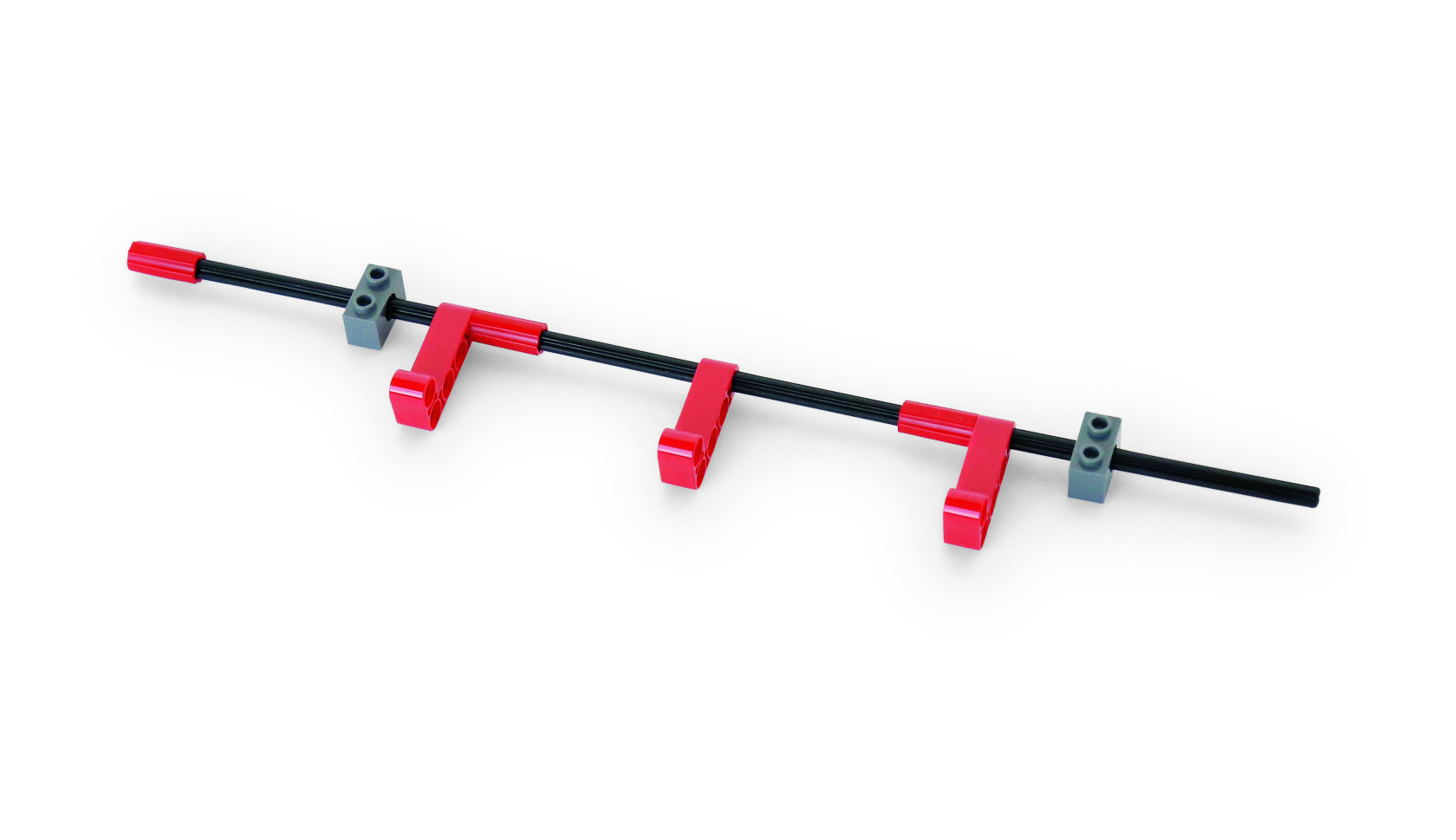 This project is one of the 50 new projects in our LEGO® book – Awesome LEGO Creations with Bricks You Already Have. This one is one of my favorites!

If your kids don’t own the exact pieces shown, encourage them to get creative with what they do have. For this game, kids may want to order the pieces to make the rods, but any combination of colors can be used to build the game. We enjoy using BrickLink.com for ordering individual LEGO® bricks. You can read more about how BrickLink works here: How to Buy Individual LEGO Pieces on BrickLink.com.

Awesome LEGO Creations is a book full of 50 creative LEGO® projects WITH instructions! Most of the projects in the book can be built with the contents of your random bucket of LEGO® bricks. Lots of inspiration for all those sets that were built, then taken apart. 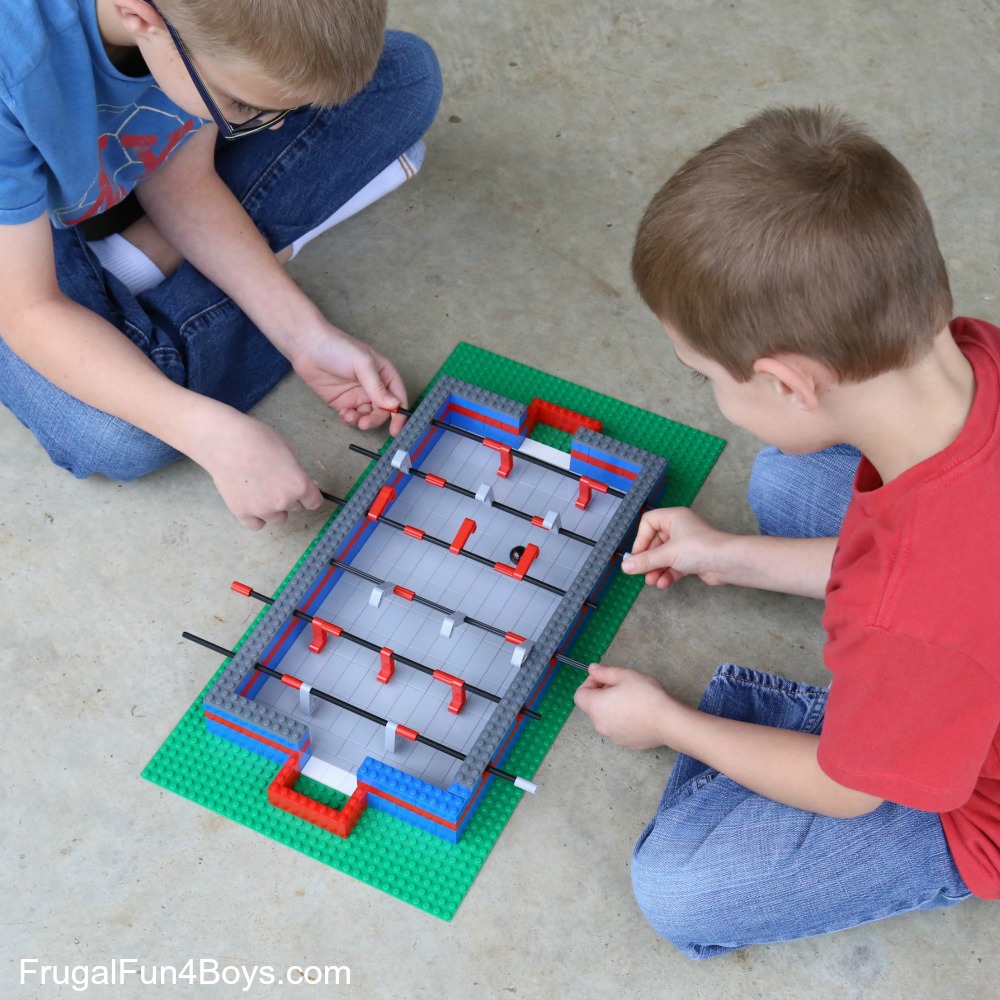