I love thinking of Nerf target games for the boys because then they have something to shoot other than each other. Shooting each other always seems to lead to arguing and whining. A constructive challenge on the other hand can be a lot of fun!

Here are several ideas to get the kids started.

Build walls with targets attached. Then shoot off the targets! 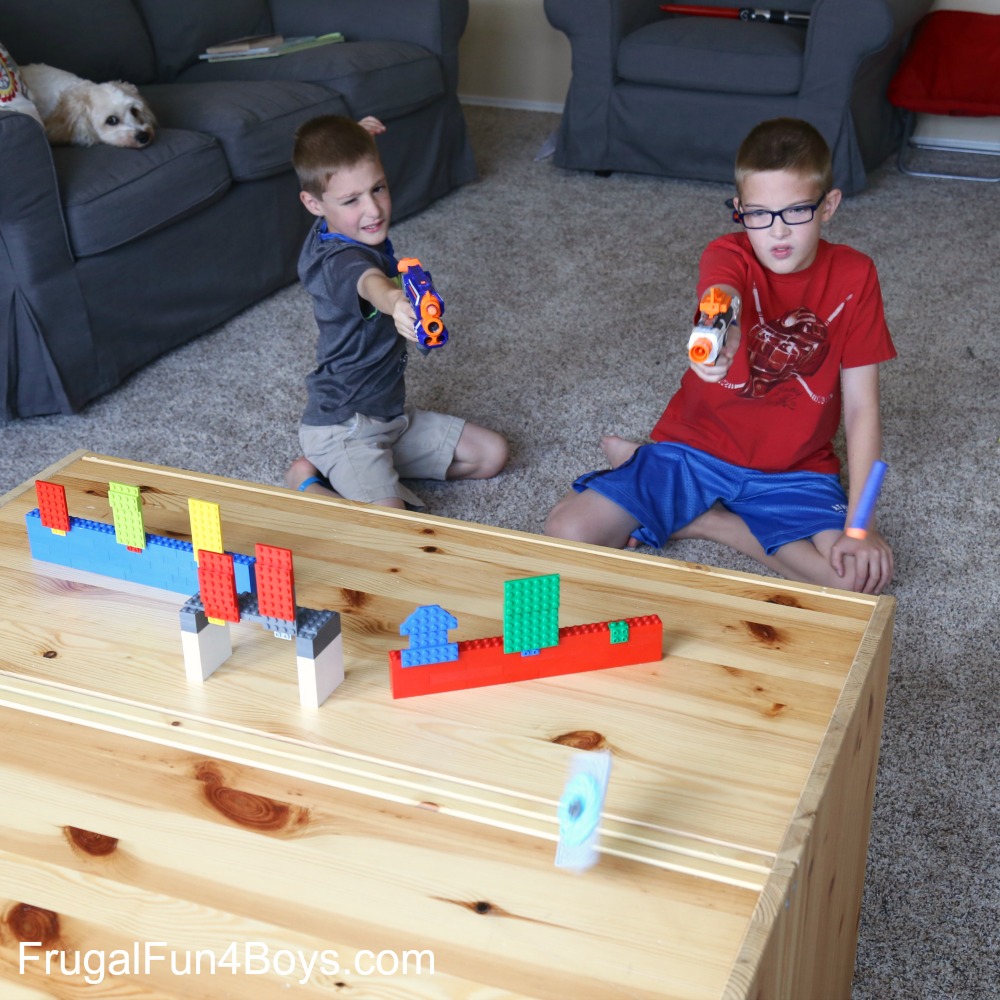 We attached the targets to the walls with brackets like this: 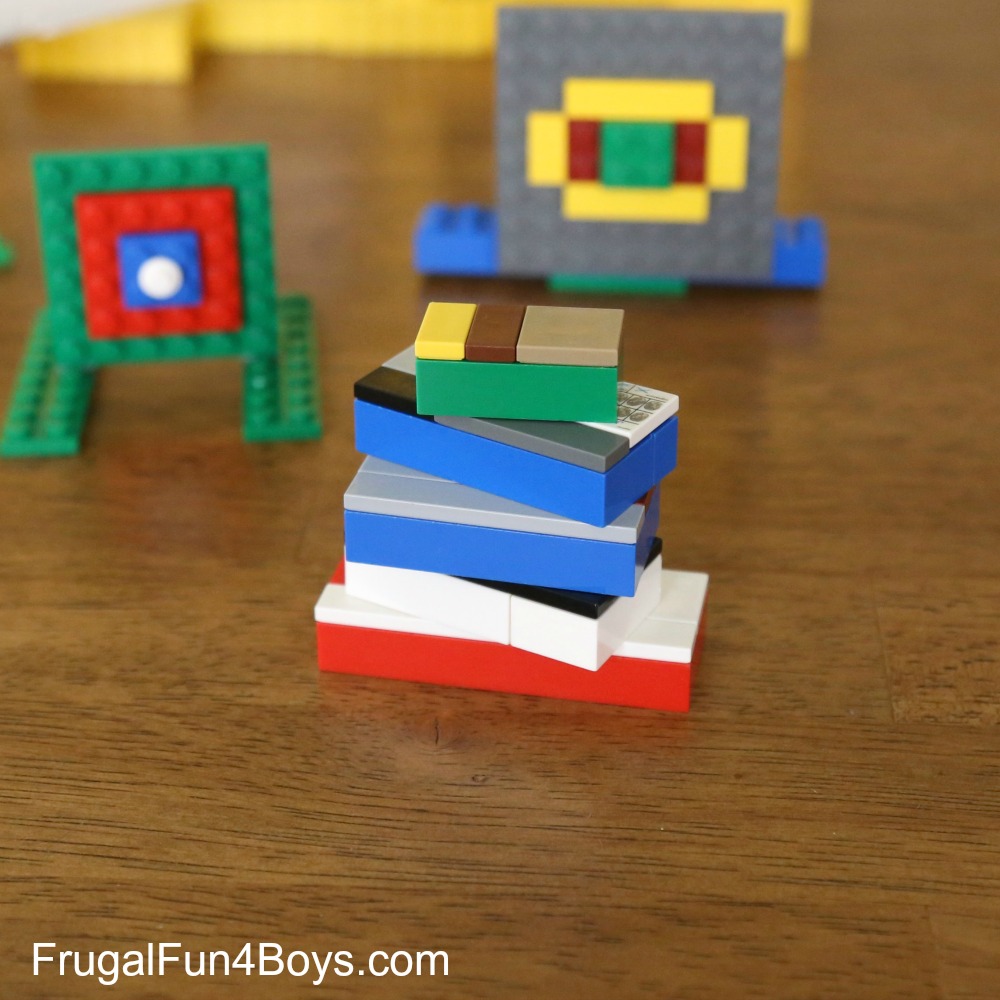 Make the targets wide for an easier game, or make them narrow for more of a challenge.

Another option is to build a frame with openings. Put a target in each opening, and then try to shoot them out! 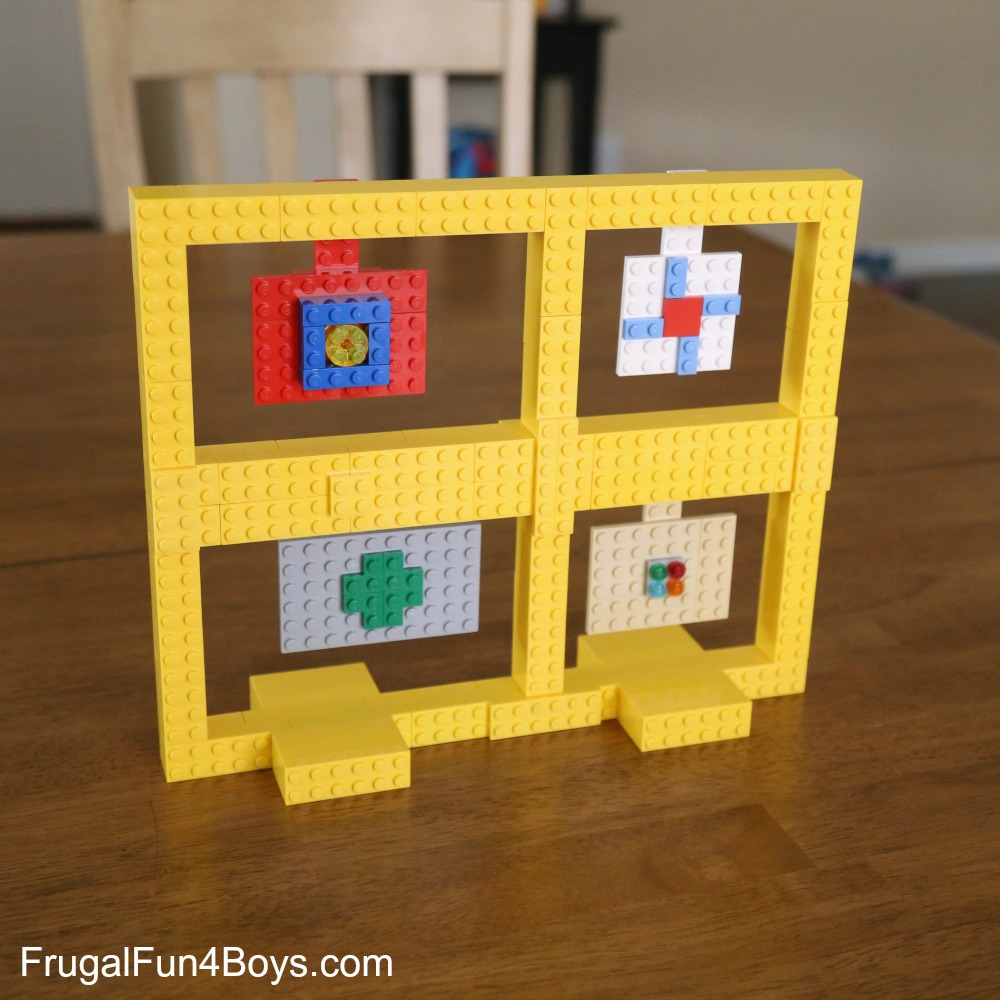 Attach the targets on the back of the frame so that they will fly away when you shoot them. 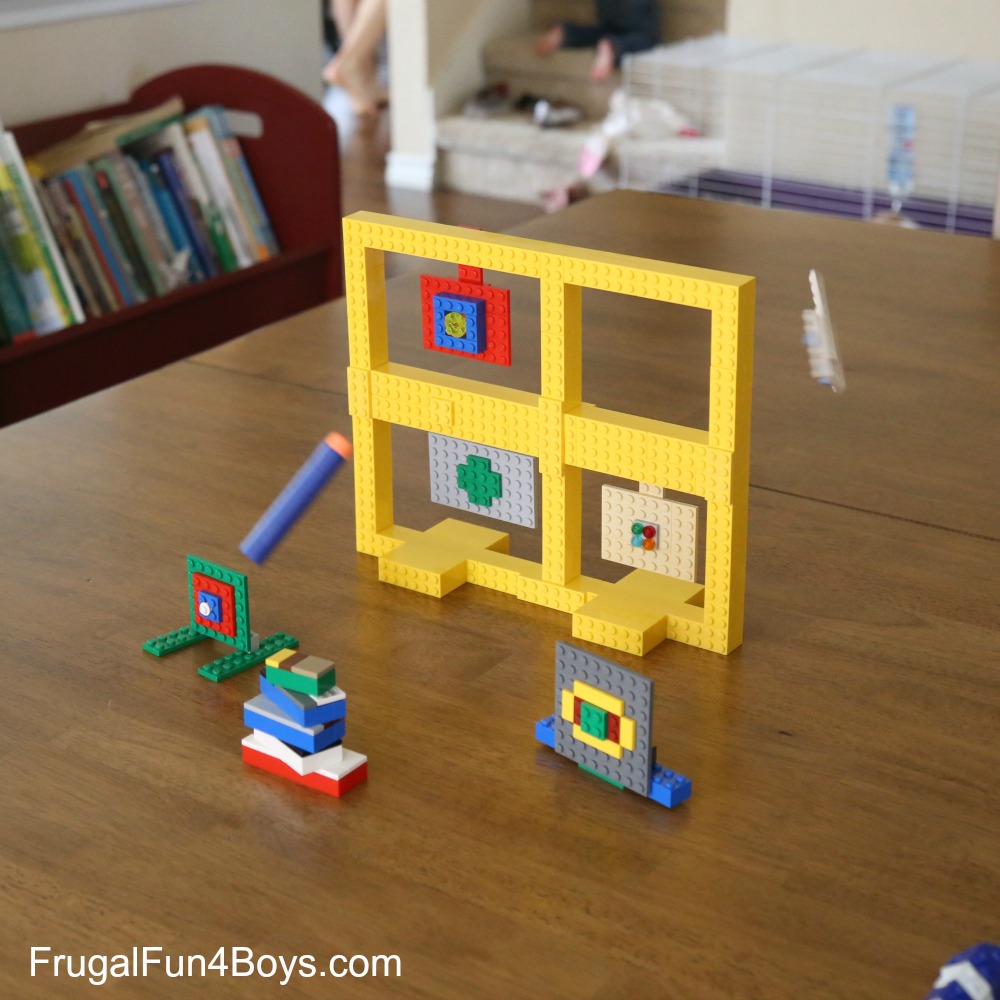 Another fun idea is to build stacks of bricks with tiles on top so that the bricks in the stack are not really attached to each other. Stack it up and then knock it down with a dart.

Gresham and Owen also built a few stand alone targets, which you can see in the background of the photo above.

What Nerf targets will your kids come up with? 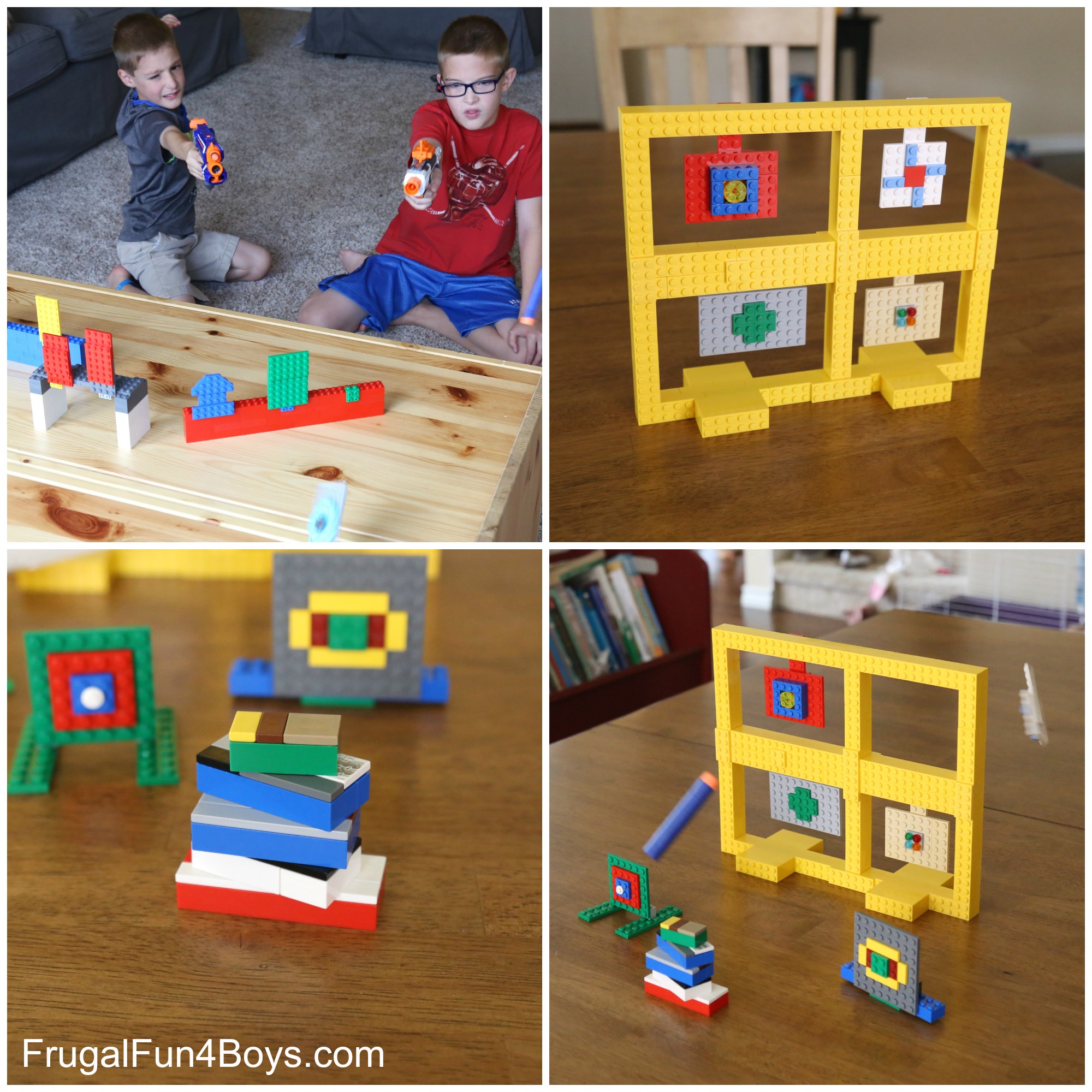