Build Ninjas and Dragons out of LEGO® Bricks! 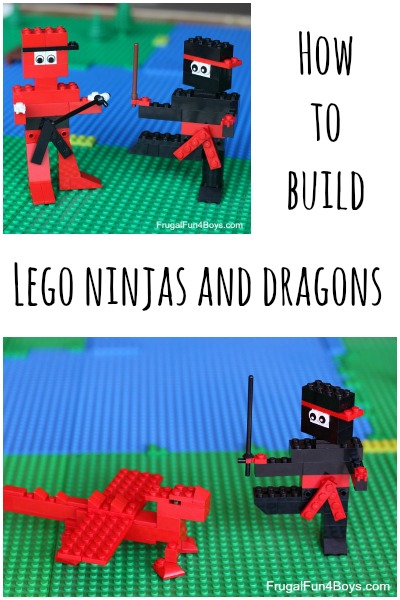 If you have ninja fans at your house, they might enjoy building these fun LEGO® projects!

The ninjas are pretty fun to pose. 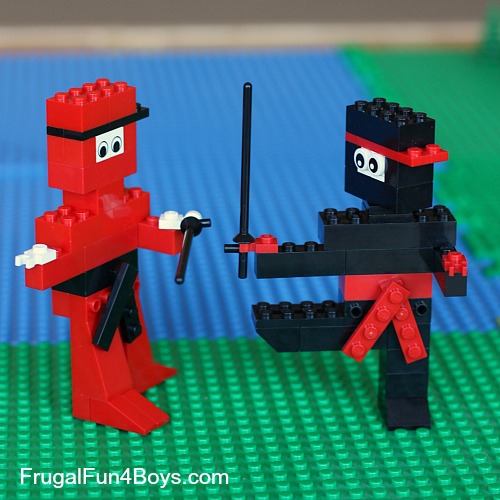 Our resident dragon fan built this dragon to go with them: 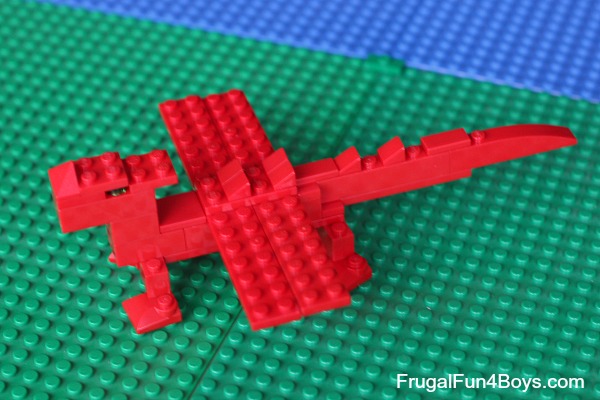 Here’s how to build them! If you don’t have these exact pieces, hopefully this idea will inspire you to create your own designs. 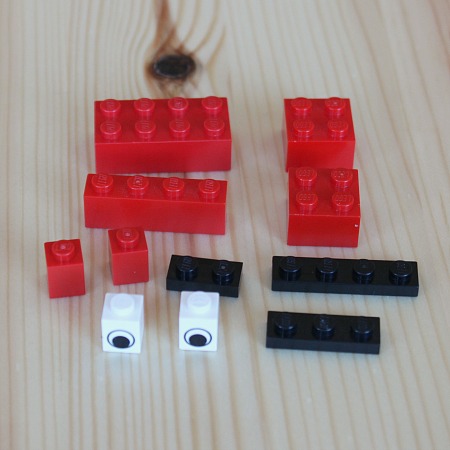 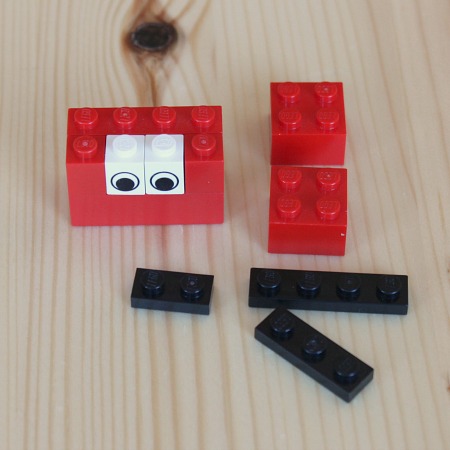 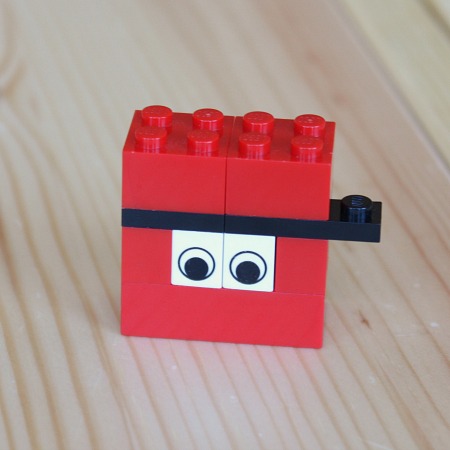 Step 4: Assemble the legs. The red slanted bricks came from a castle set. If you don’t have something similar, improvise! 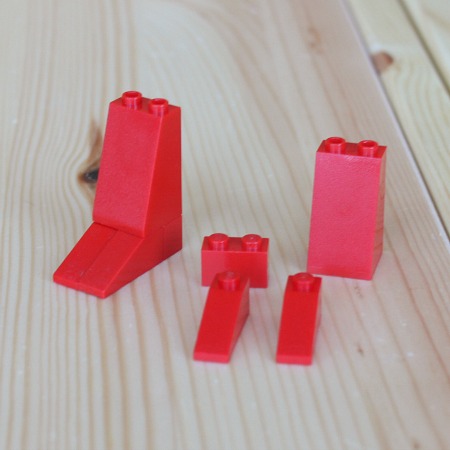 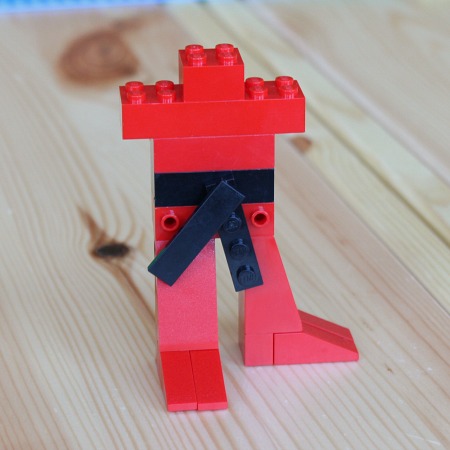 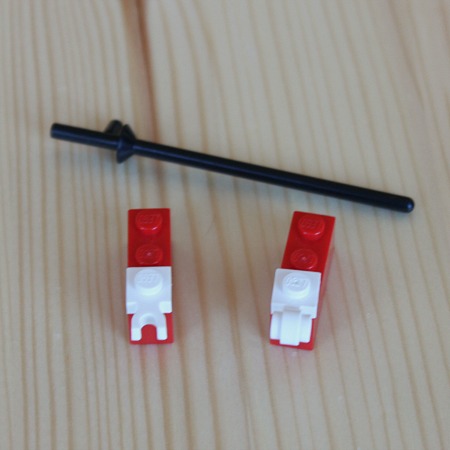 Step 7: Put your ninja together! 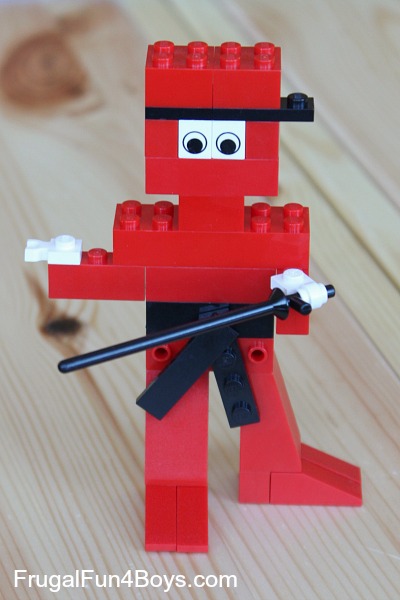 The black ninja has this piece in the neck so that the head turns. 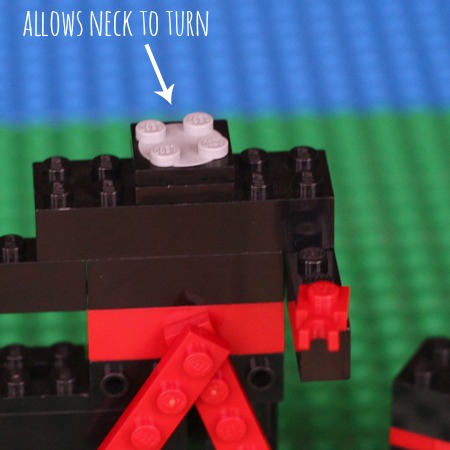 How to make the dragon: 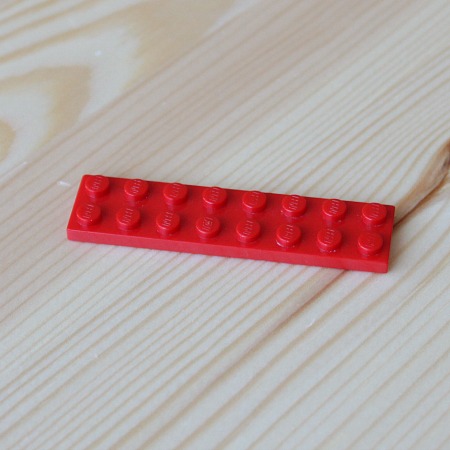 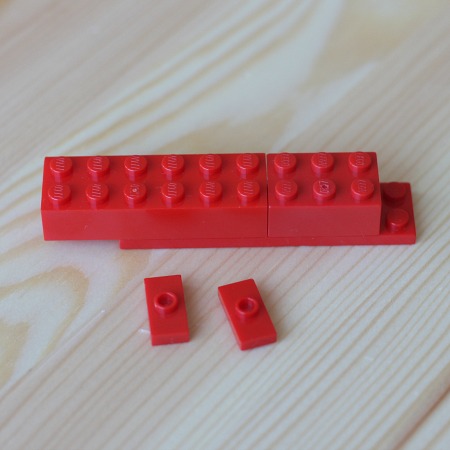 Step 3: The two bricks with one stud each will hold on the tail. 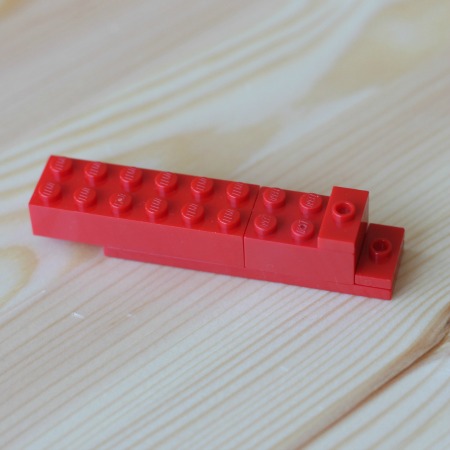 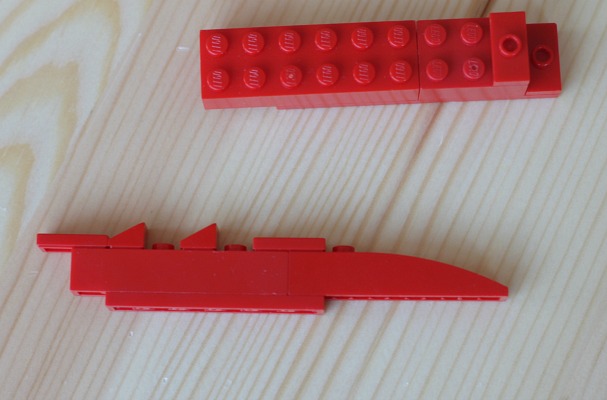 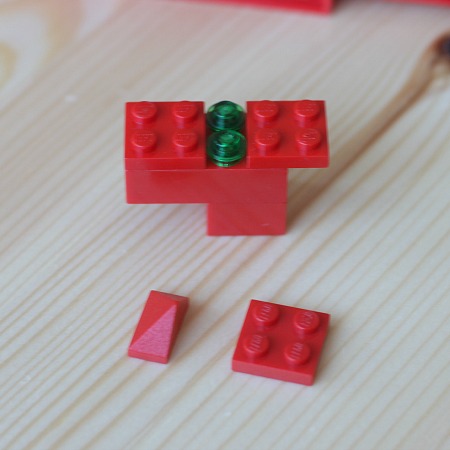 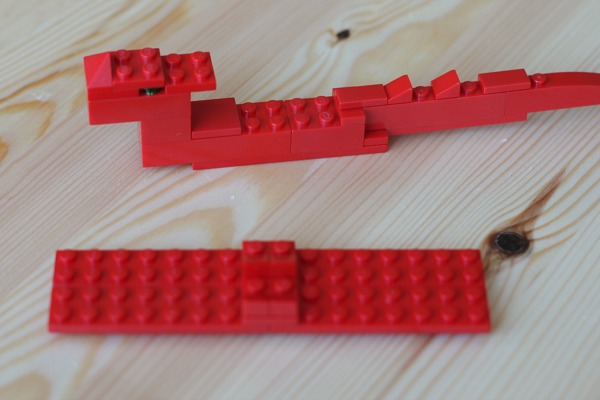 Step 8: Build the wings. (We put a 2 x 1 flat brick under each wing at the outer edge to hold the two wing pieces together on each side.) 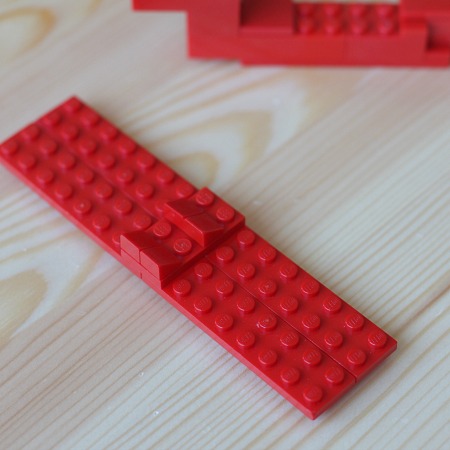 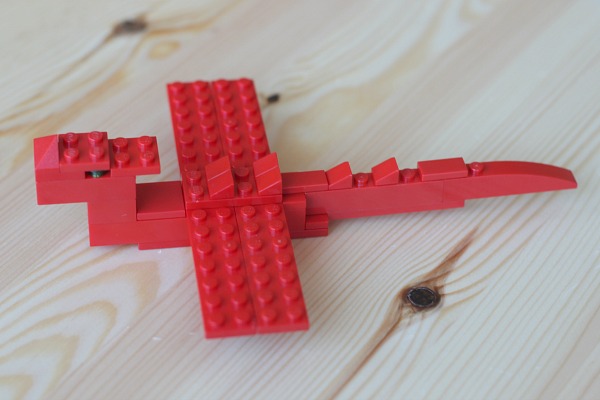 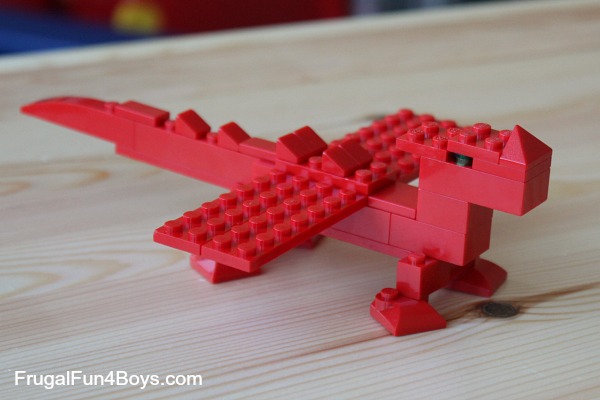