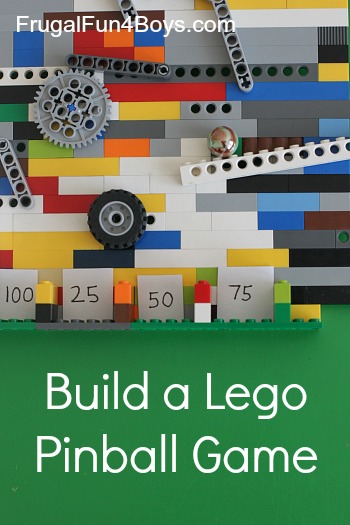 Aidan and I saw this idea on Pinterest from Crafts Ideas for Kids and decided to give it a try. He ended up modifying the design quite a bit, and this ended up being a fun building challenge that had him working for a long time! 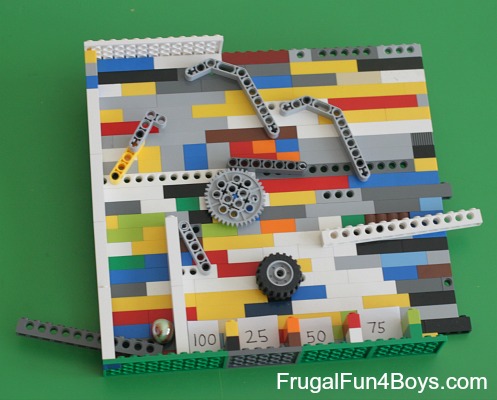 To build a pinball machine, simply construct a “wall” of bricks. Use plenty of bricks with holes in them in your wall.

The moving pieces in the pinball machine depend on these two types of bricks: 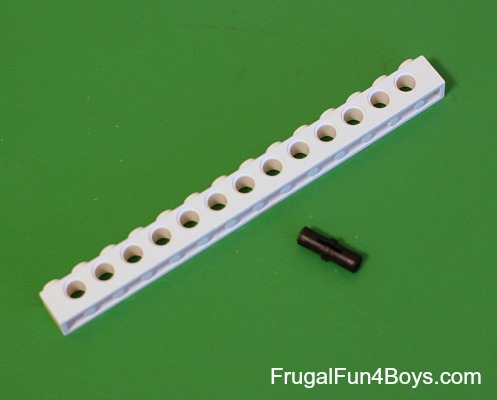 Aidan put a row of flat bricks across the bottom and built compartments for the marble to fall into. He assigned each compartment point values based on how hard it was to get the marble in that one.

Aidan also wanted a way to launch the pinball. He made a lever for launching and built a path for the marble to travel up and over. It works really well! 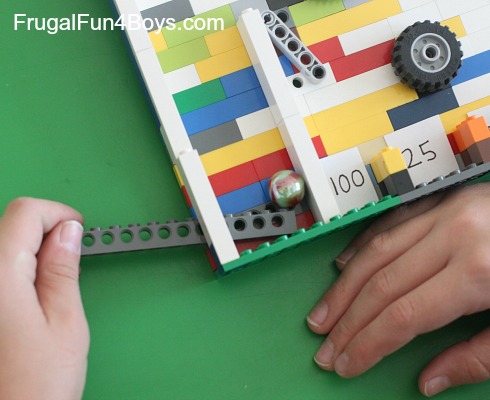 In order to give the pinball game a slant, he put these pieces through some of the bricks with holes: 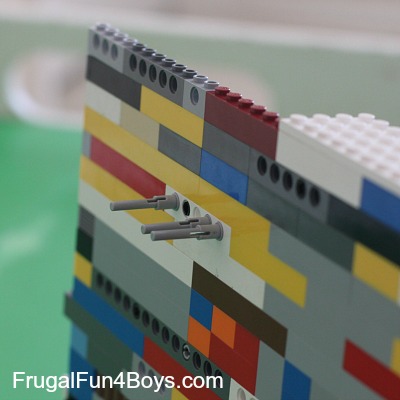 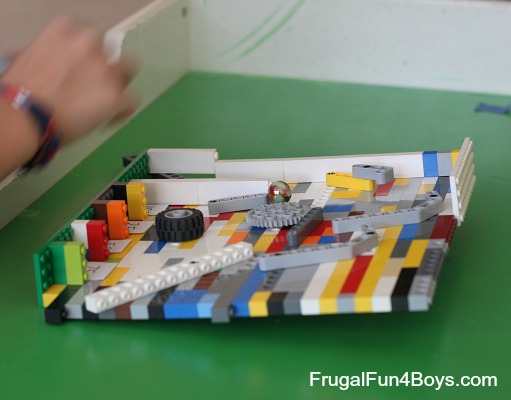 You don’t really want the game slanted any higher than that because then it’s hard to control the marble.

Check out this video demo of the pinball machine in action!