Of all the many marble runs we’ve built over the years, this is our new favorite!  Simple materials and sturdy construction make it a WIN for a wide variety of ages.  This would be great for a classroom STEM challenge.

It all started the other day when we needed a break from homeschooling.  It has been too hot to get outside, and we were all going a little crazy!  Owen and I decided to make a marble maze in a shoe box lid.  I got out a shoe box lid, craft sticks, and a low temp hot glue gun.  I wasn’t sure if the craft sticks would be stable at all when glued on their sides, but it worked surprisingly well. 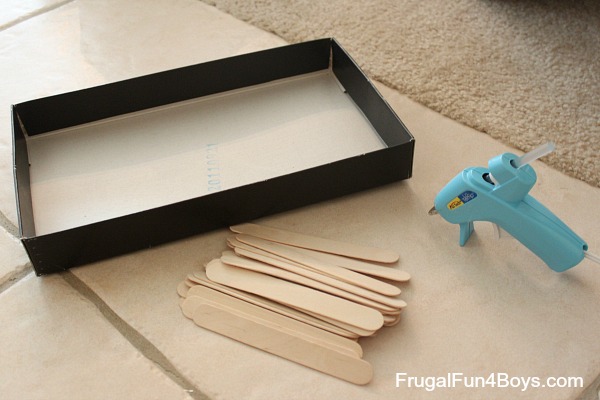 Owen (age 5) really enjoyed doing the gluing and building with only a little help from me.  It may seem like a poor idea to give a kindergartner a glue gun, but a low temp gun can be just fine with proper supervision!  Owen would not have been able to do this project by himself with craft glue as the dry time is just too long for craft sticks standing on their sides. 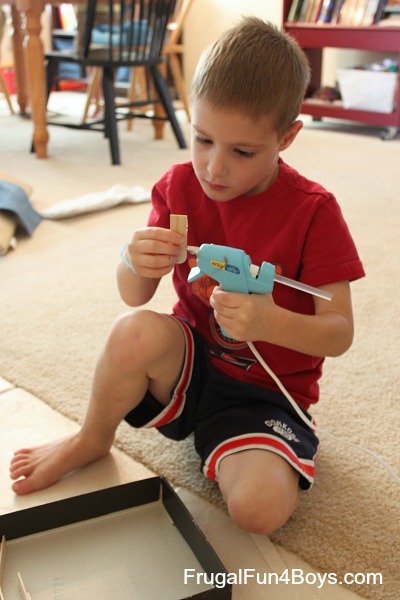 Owen enjoyed tilting the box lid and rolling his marble through his completed course! 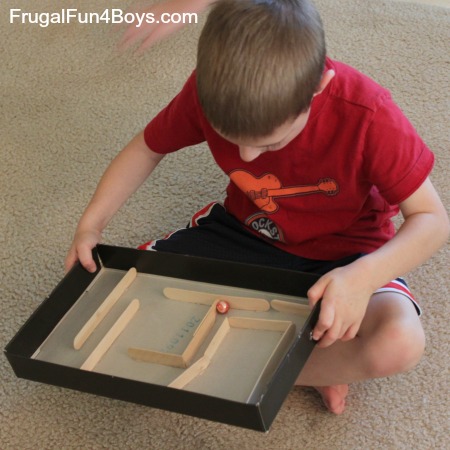 Owen didn’t want to build his marble track with more than one possible path for the marble, so Aidan decided that he would make a more complicated marble maze. 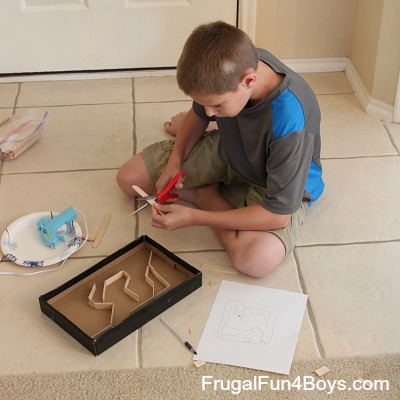 He even planned out his design on paper ahead of time!  Craft sticks are pretty easy to cut with scissors to get the size pieces you want. 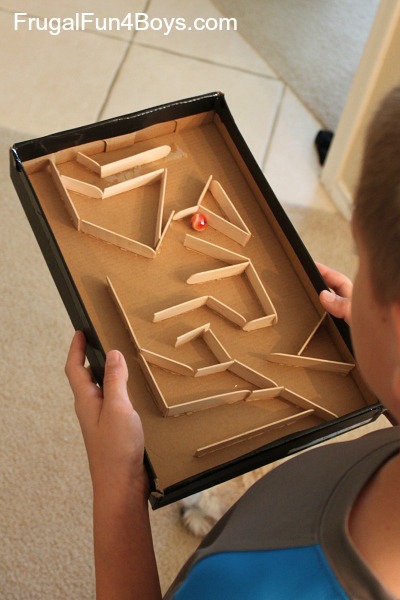 Building a marble maze is such a constructive way to spend an afternoon, plus it’s great for hand-eye coordination.  We also discovered that the marbles make a really cool sound when they hit the craft sticks.  The sound inspired us to make another marble project…

For this one, I used the bottom of a shoe box to create a back-and-forth marble run. 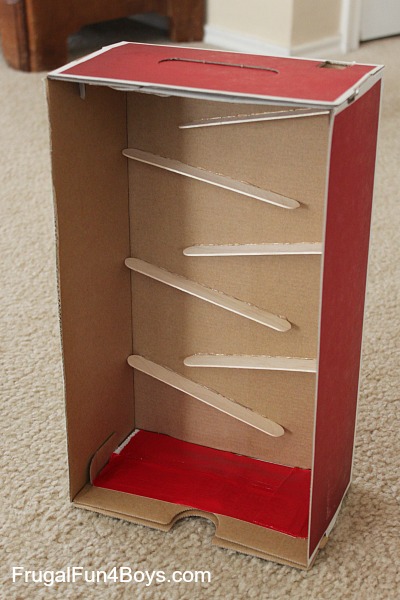 I cut a hole in the top of the box to drop the marble into: 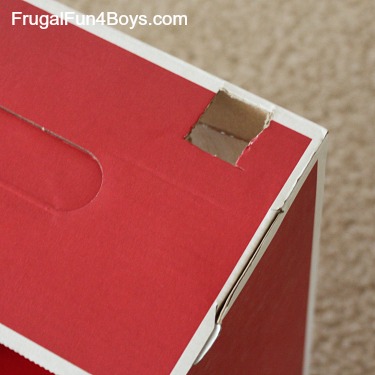 Kids of all ages will enjoy this one!  It’s so relaxing and the sound is just so cool. 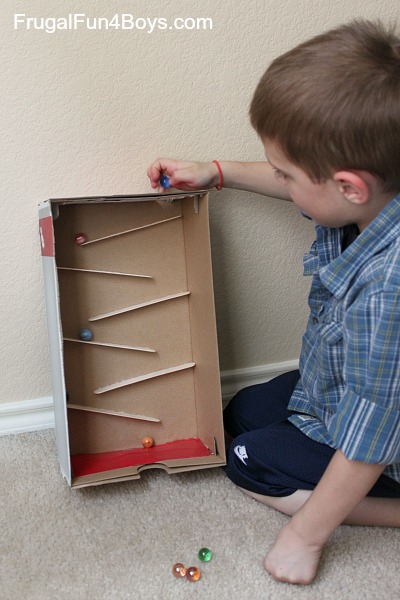 After seeing this marble run, Aidan suggested building something like the Plink-O game on “The Price is Right.”  Aidan has never watched that show, but he saw something like that last year at the state fair.  My husband thought that was a great idea and suggested making the craft sticks go the other direction.

This is what we came up with: 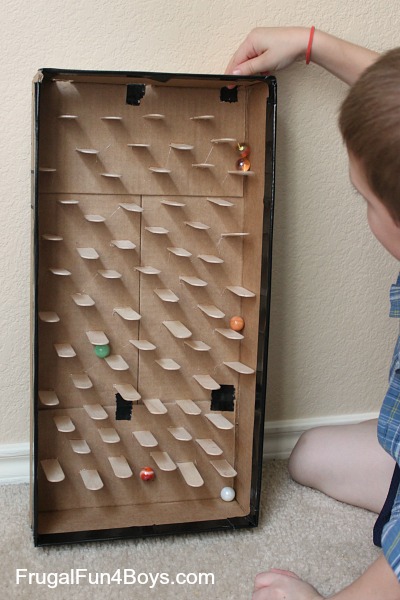 For this marble run I used an Amazon box.  Aidan thought it should be more shallow than it was, so we cut it down with a utility knife and covered the edges with duct tape.  I made three holes in the top of this one so that the boys can drop marbles in at different places.  This game is fun because the marbles take a different path each time!

We were planning to make sections at the bottom (with more craft sticks) for the marbles to land in.  Aidan wanted to put different point values in each section.  I just realized that we never got to that step!  Guess we’ll have to add those!

Here’s a video of our final marble run in action: 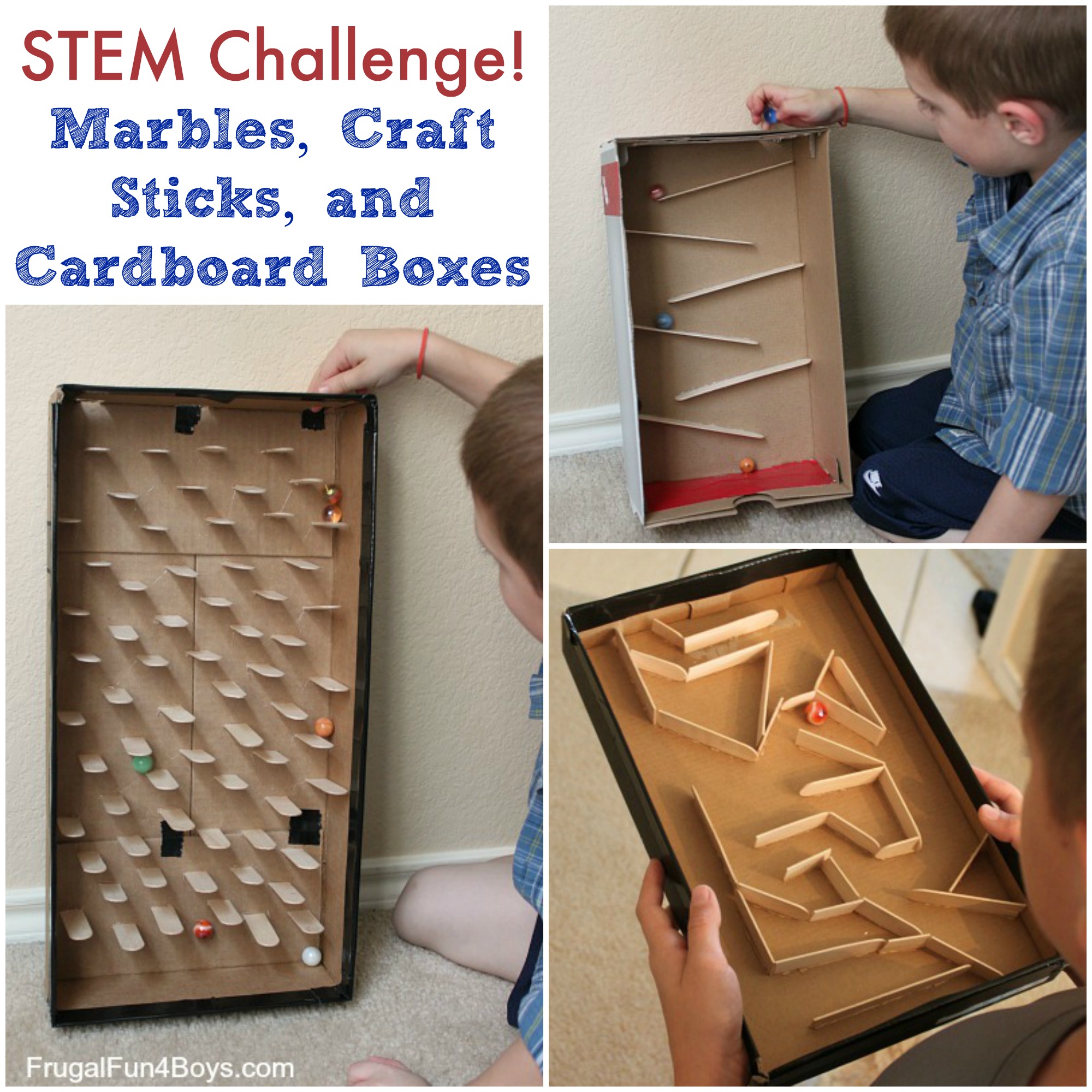