Here’s a fun way to use LEGO® bricks – build some math patterns! And by patterns, I don’t mean just your usual preschool patterns. We’re moving beyond red-blue-red-blue here because math can be COOL! This STEM activity can be used with a wide variety of ages, and it will encourage kids to be creative.

Challenge kids to express a mathematical pattern with LEGO bricks. Here are some ideas to get them started!

We’ll start with one of my favorites. Can you guess what it is? 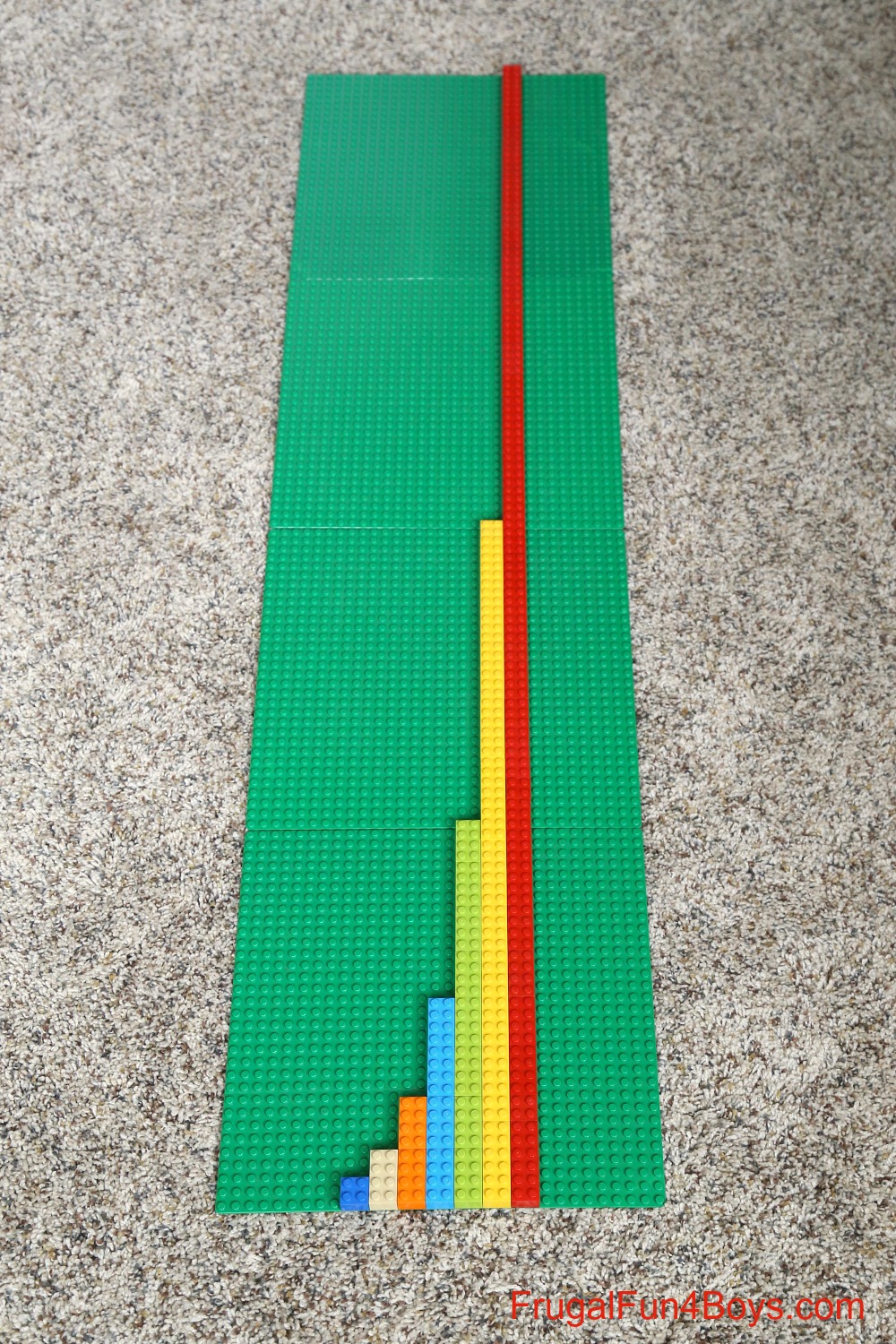 This pattern is also a mathematical function, and you probably guessed that it’s DOUBLING! So amazing to see it in such a visual way. Writing an expression for this function would be a little complicated for kids 8th grade and under, but you can have kids make a T chart to record their pattern. On one side, write row 1, 2, 3, 4, etc. On the other side write 4, 8, 16, 32, etc. 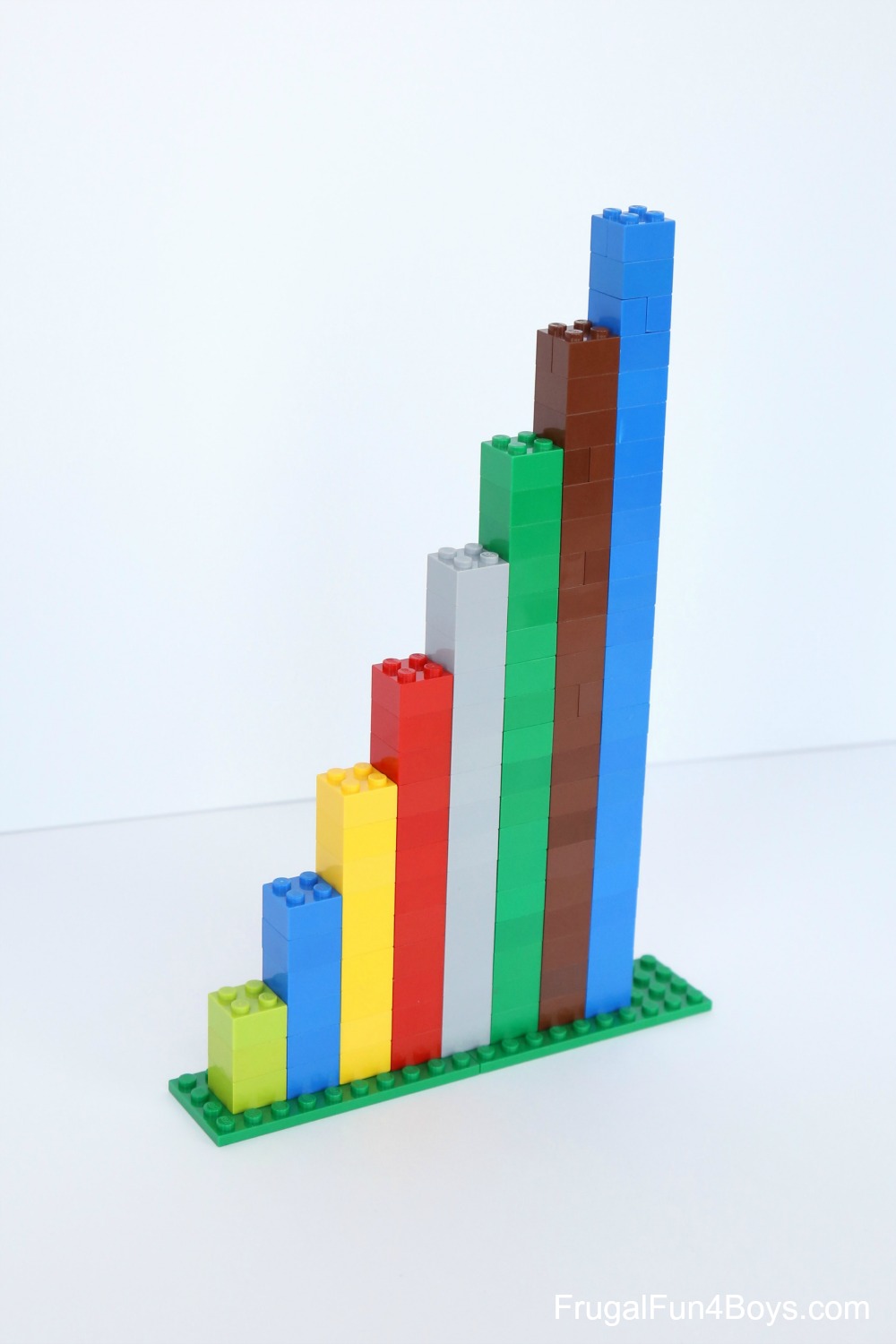 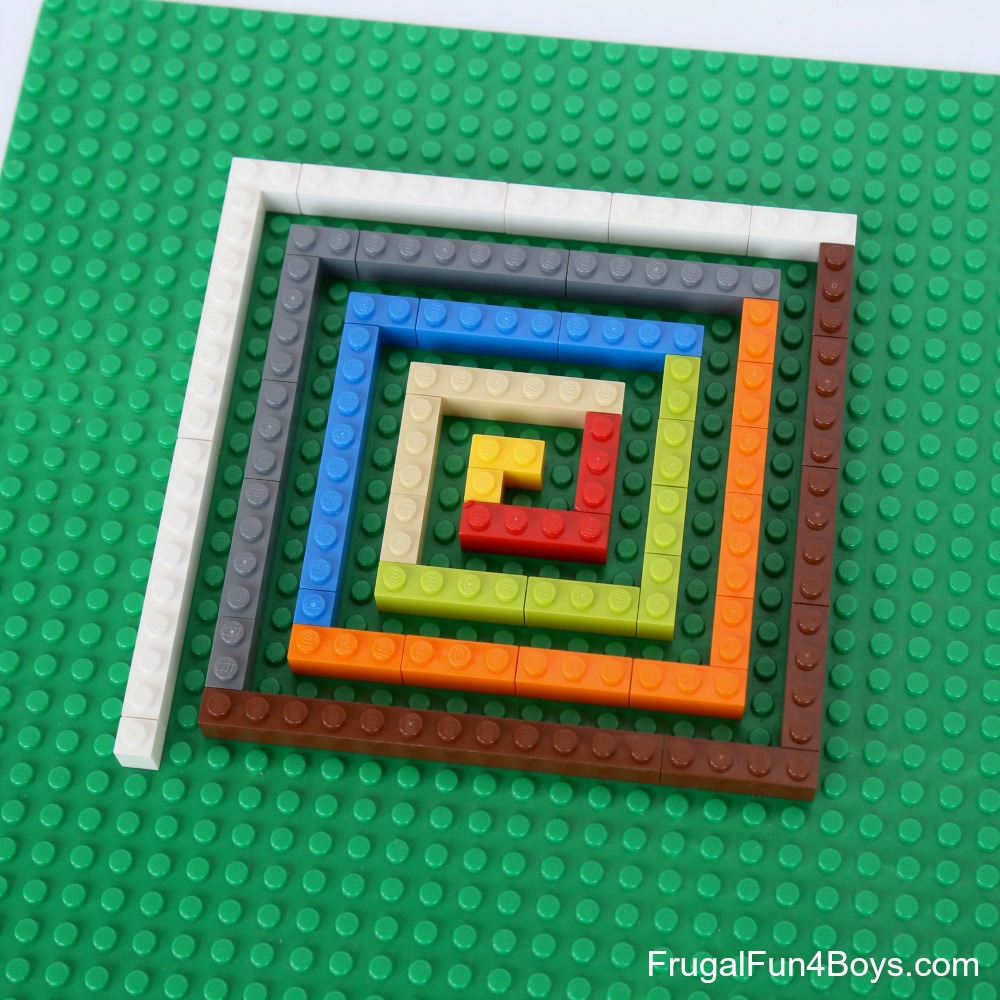 I thought the math was interesting on this one, so I asked Aidan’s math teacher (a good friend of ours) with help on writing the function. She said it is a recursive function. Here it is:

The “n” after the “a” should be a subscript.

a = the number of studs 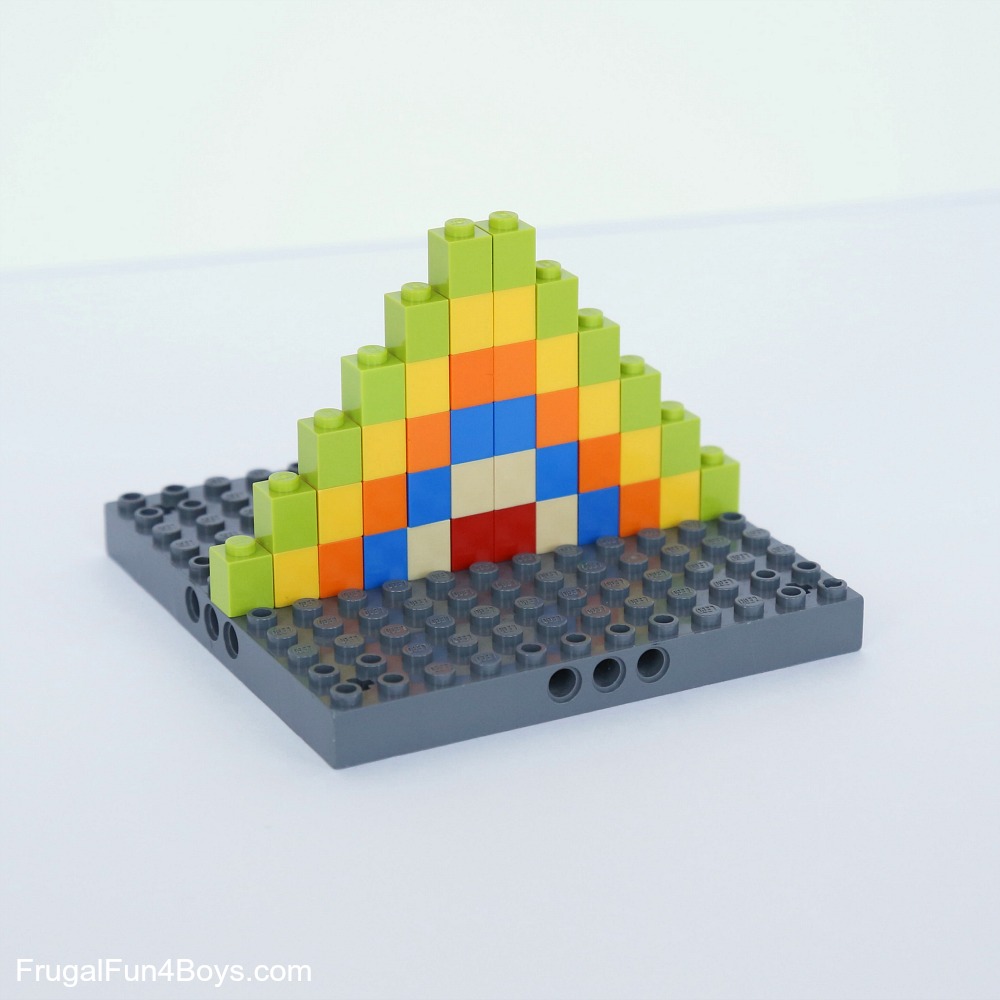 Build a simple pattern with increasing numbers, and add a new color each time. Make it even bigger if you want! 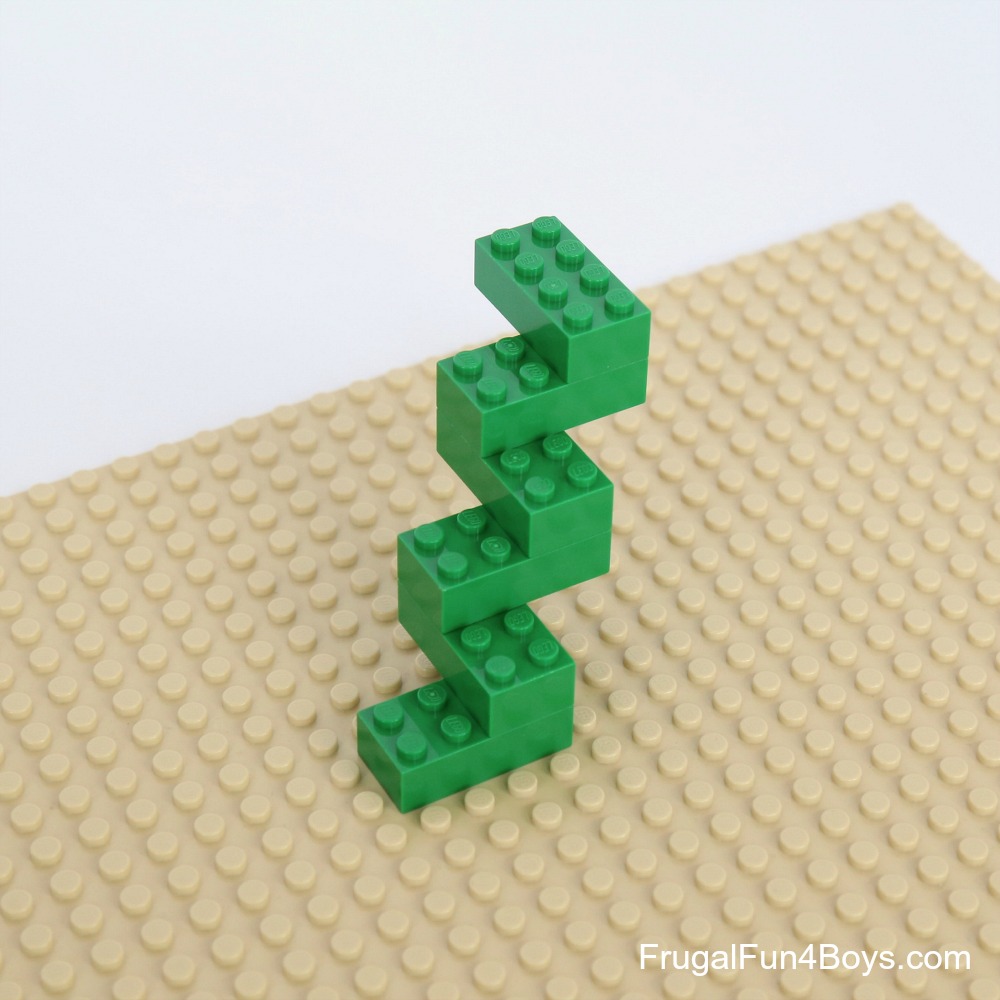 Now if we combine several of these towers, THIS is what we get: 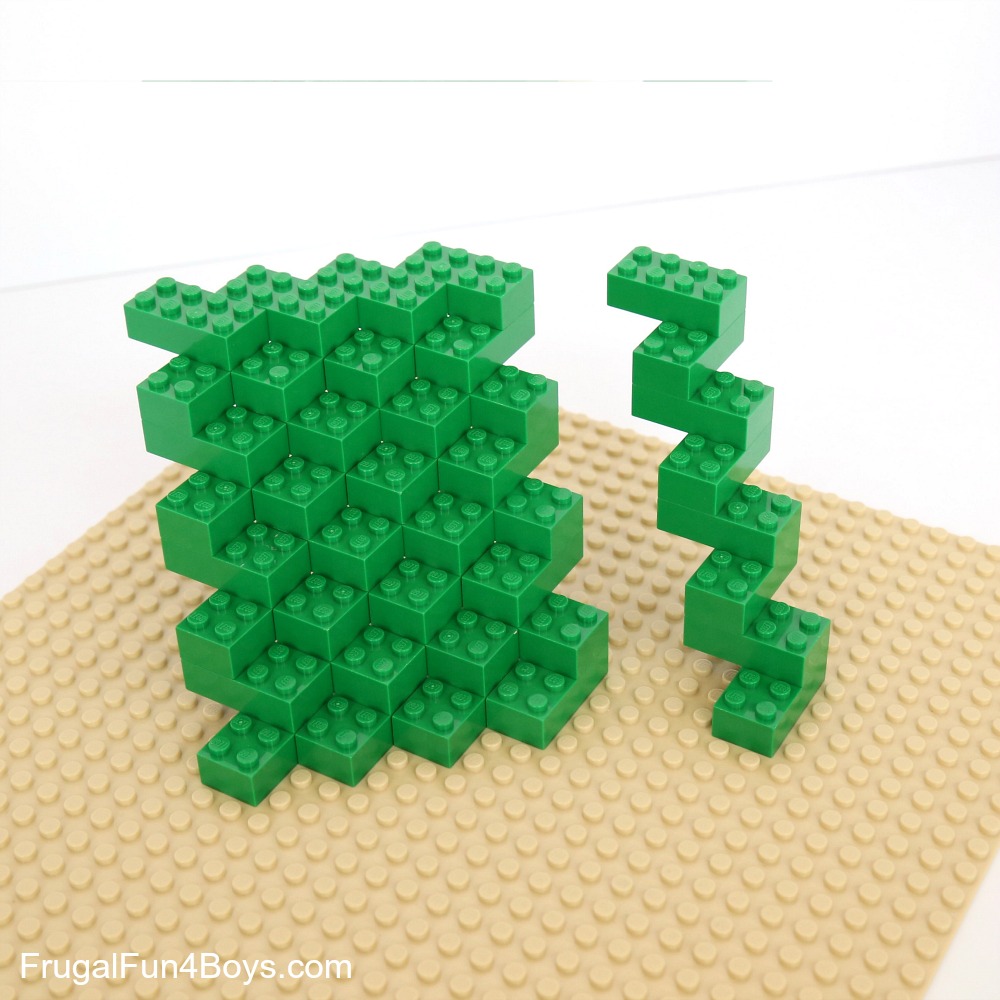 The other side of this pattern looks really cool as well: 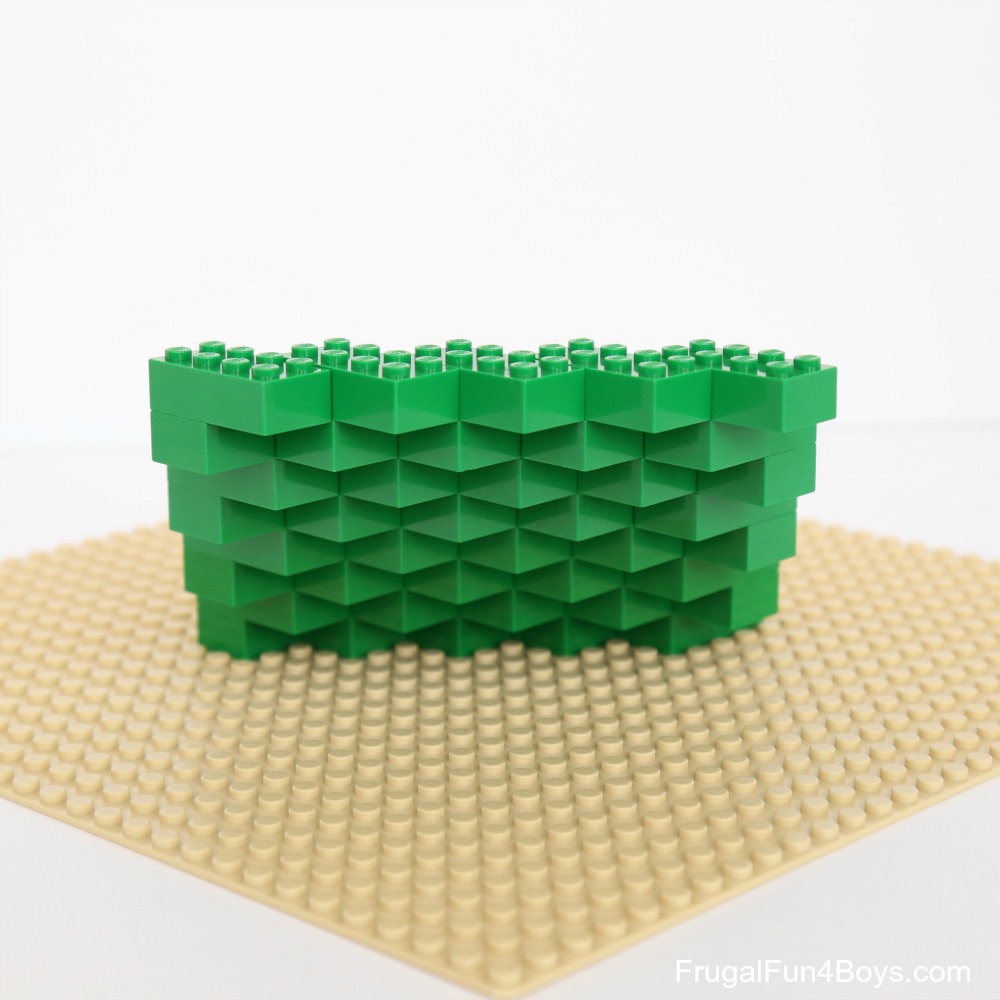 Here’s another interesting way to stack bricks into a tower. 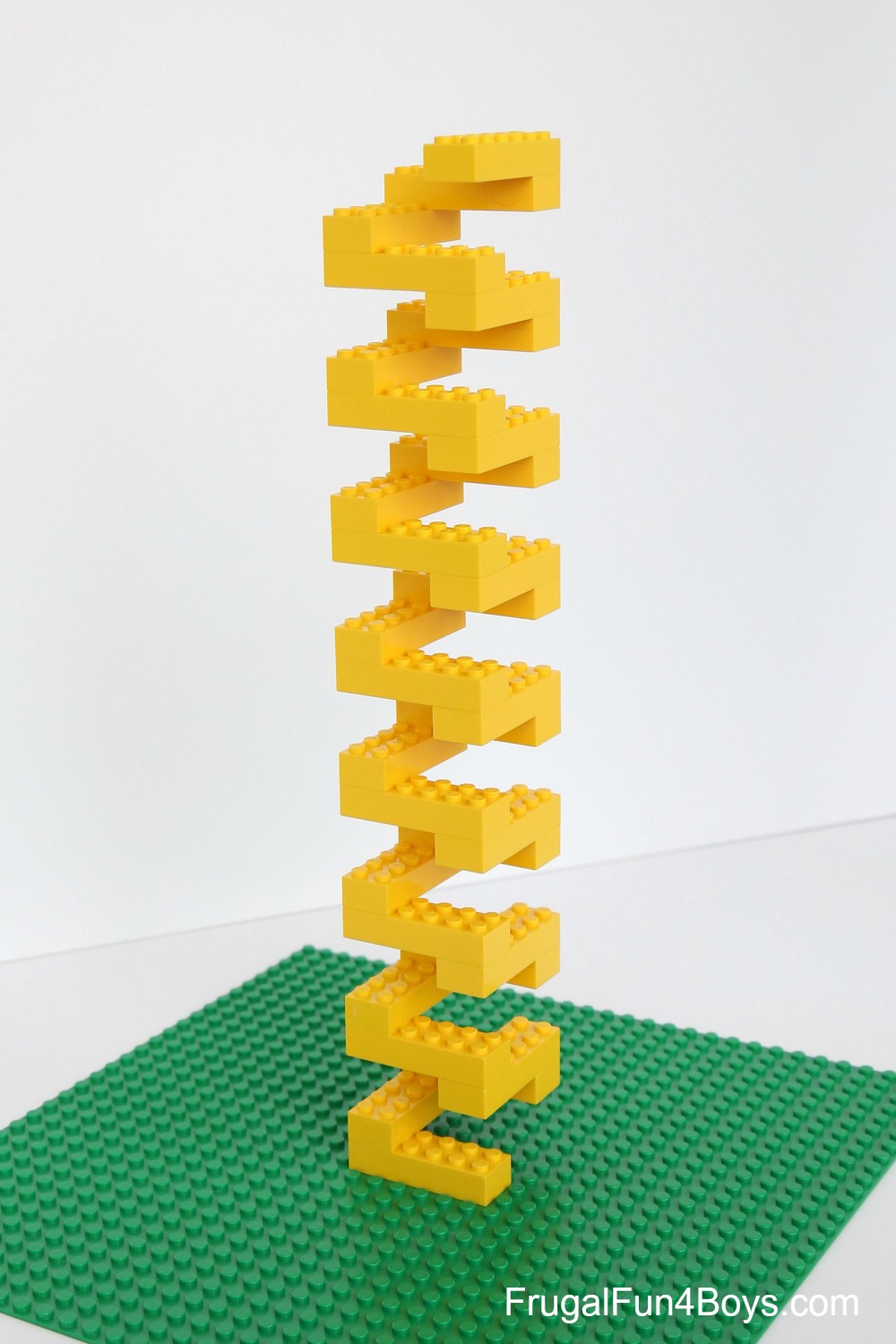 And here’s something similar, but with two types of bricks (2 x 2 and 2 x 4) and the addition of a color pattern as well. 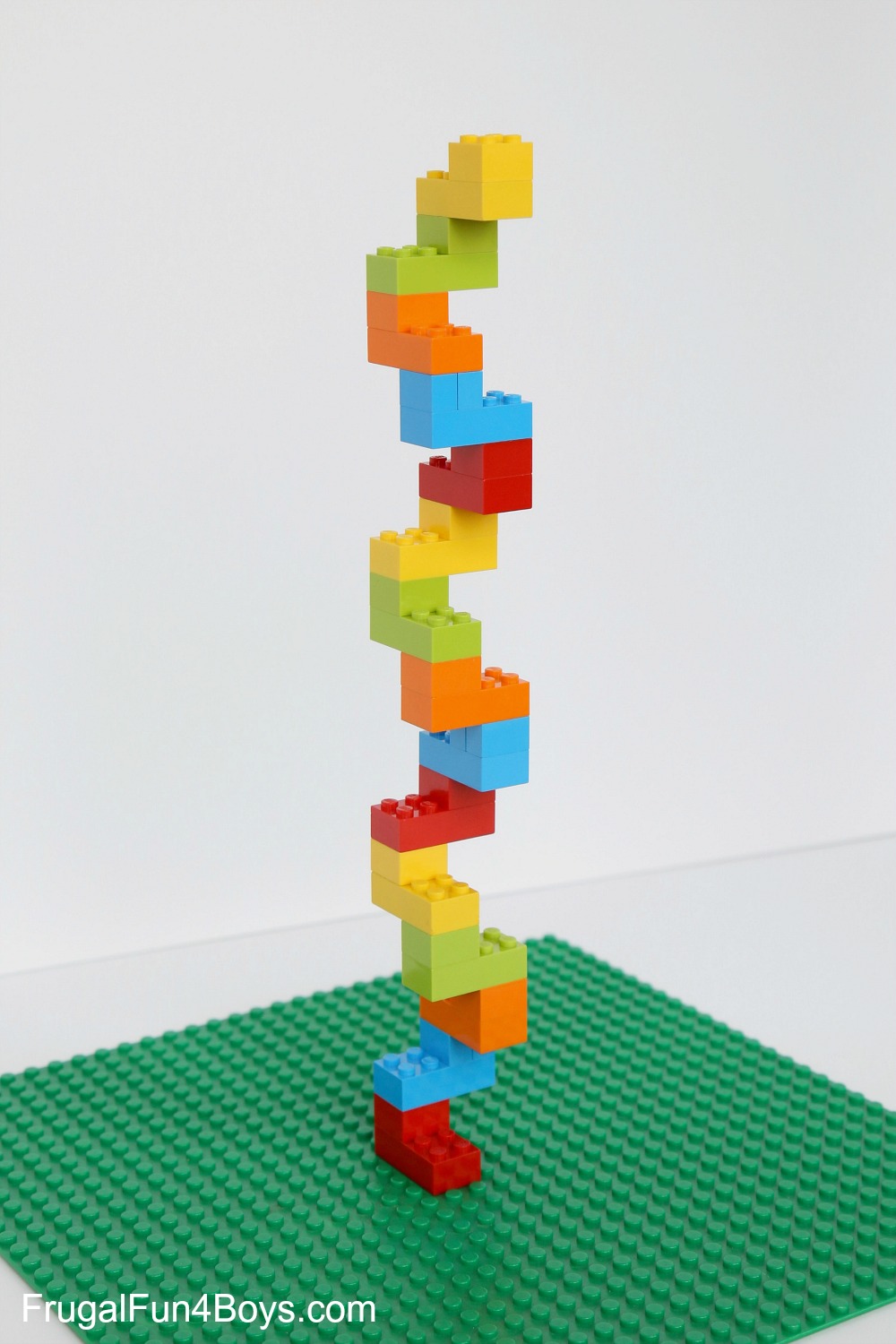 How to Use These Patterns with a Class

If I were running a LEGO® club or a STEM class, I would build two or three of these patterns as inspiration and challenge kids to create their own patterns. Encourage them to come up with a math expression to go with their pattern. Expressions may be simple, like:

Or they may just describe their pattern in words. “I built a tower with 2 x 4 bricks. Each brick that you add rotates 90 degrees to the right.”

This is a great time to discuss math vocabulary such as perpendicular, parallel, horizontal, vertical, etc. 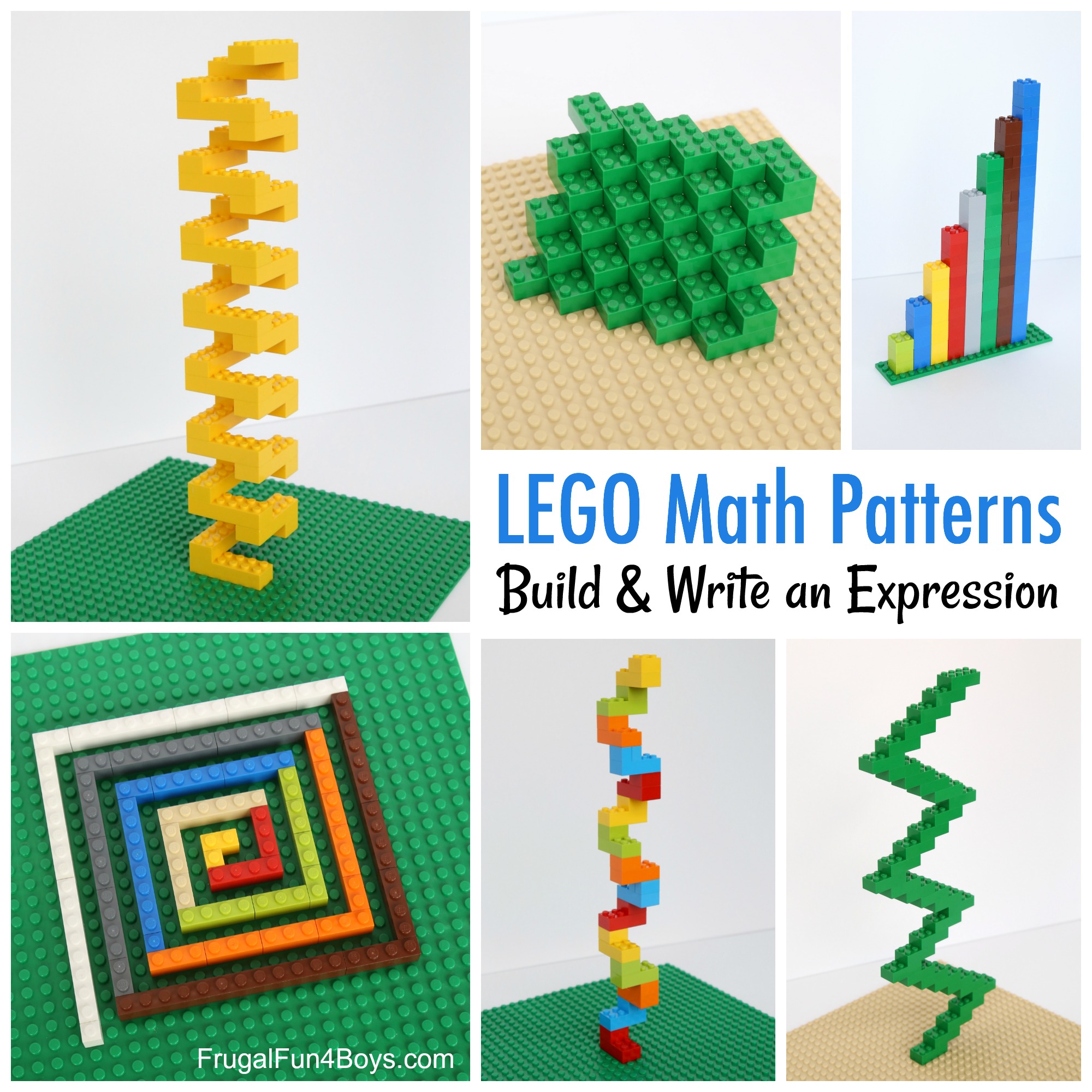