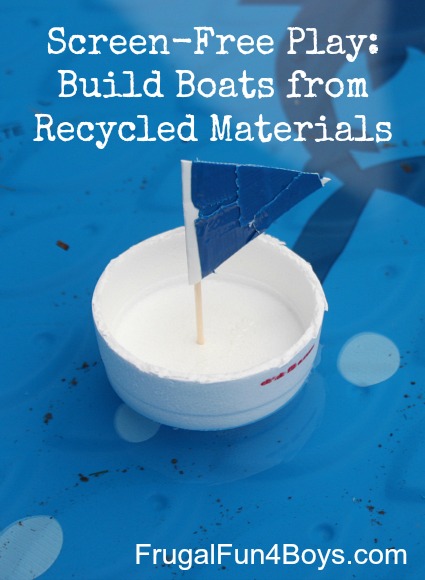 I have been saving recycle bin items for a while for the boys to use to make boats, and they were all very enthusiastic when I pulled out this pile! We added some duct tape and scissors, and they were ready to build.

(Owen could not wait until the photo was over to scope out what he was going to use!) 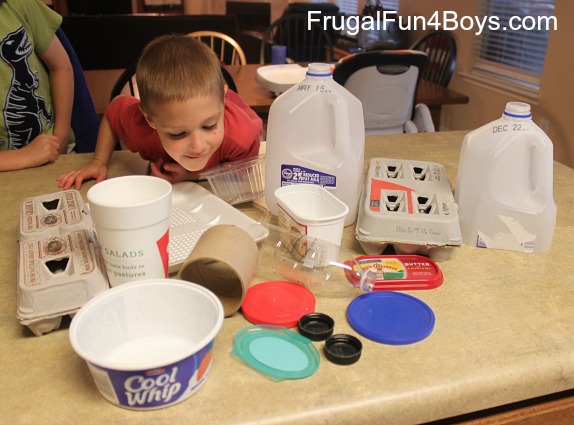 Owen immediately picked the egg carton as the base for his boat, so I encouraged him to test out the egg carton in the water. (I included those for the purpose of comparing materials and exploring items that absorb water and items that don’t.) 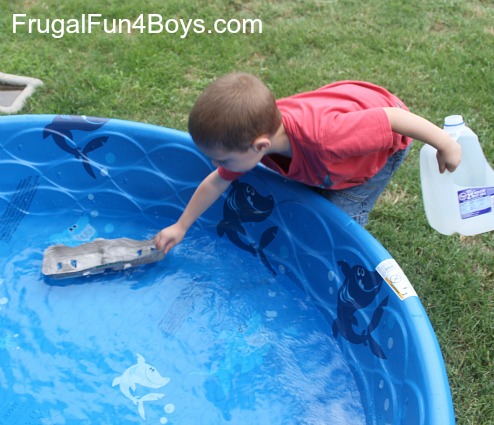 Alas, the egg carton did not work! So Dad helped Owen cut a boat out of a plastic milk jug. He didn’t want frills – just a boat that would float! 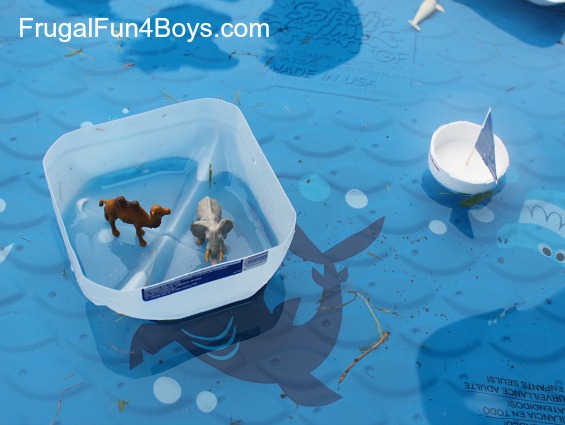 Gresham made a boat for his dinosaurs out of a styrofoam tray that came with corn on the cob. 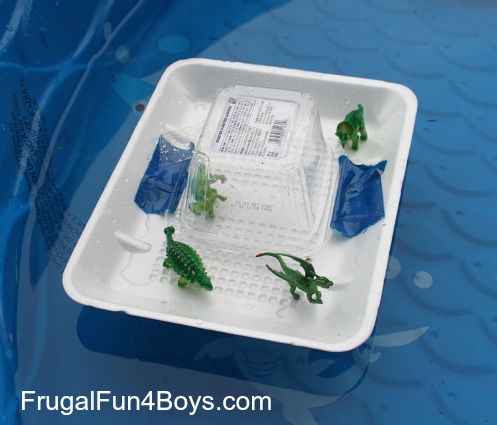 Gresham and Owen played and played with their boats and their Safari animals! This ended up being a really calm water play activity. We announced at the start that this would not be a water fight, and that no one was to dump water on anyone else, and amazingly enough no one had to leave the game early! 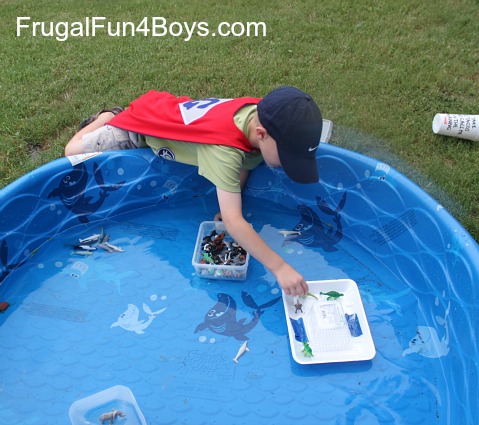 For older kids: We ran out of time to do this, but I think it would be fun to try to build a boat that can hold the most weight without sinking. Aidan tried to get really complicated with his boat, and it ended up not working too well. I think a specific purpose (like holding weight) would have helped him.