For several years, Aidan has been trying to figure out how to make a jump for Hot Wheels cars. He’s tried various methods, such as using books as a ramp, and I’ve tried to think of ideas, but we’ve never been able to build a really satisfying jump. The other day, I had the idea to use a shoe box to build a jump, and it was a success! Then I made a bigger jump out of a diaper box, and the boys have been playing with it all week.

Here’s how I made it:

Step 1: Cut out the shape of the jump with a utility knife. I was trying to figure out how to make the exact same cut on the second side, and Aidan suggested that I trace the piece that I had cut out of the first side. Smart kid! 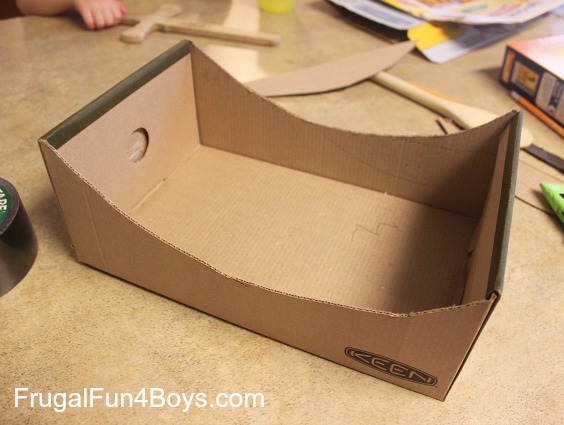 Step 2: Use cereal box cardboard to create the surface of the jump. Secure the cardboard in place with duct tape. 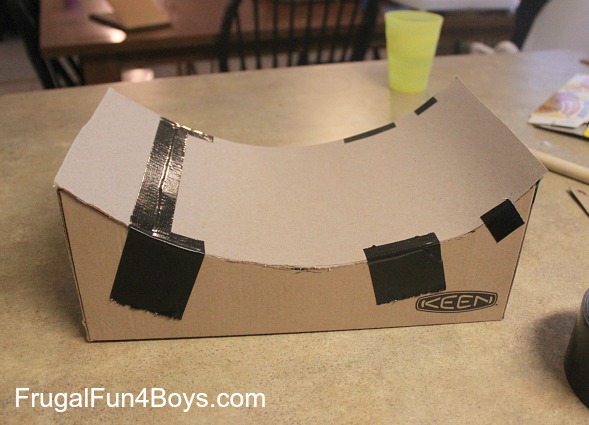 Step 3: Cover the sides with duct tape, just for fun.

This is not the same box as above – this is a second jump that I built out of a diaper box. 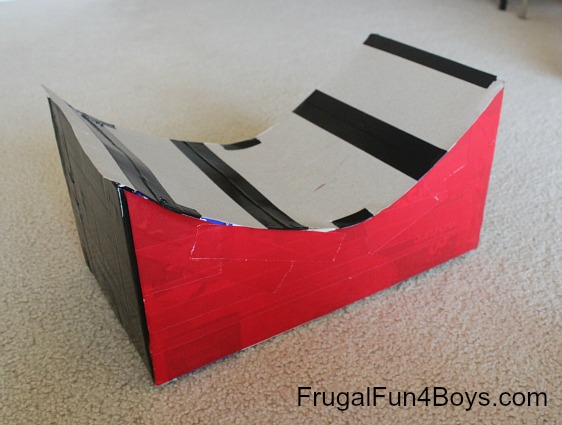 Then it’s time to play!!

We used a section of plastic rain gutter for a ramp onto our jump. We bought the rain gutter last summer, and cut it into sections with a saw. We have had fun using the rain gutter sections to make waterfalls in the backyard and car ramps indoors. 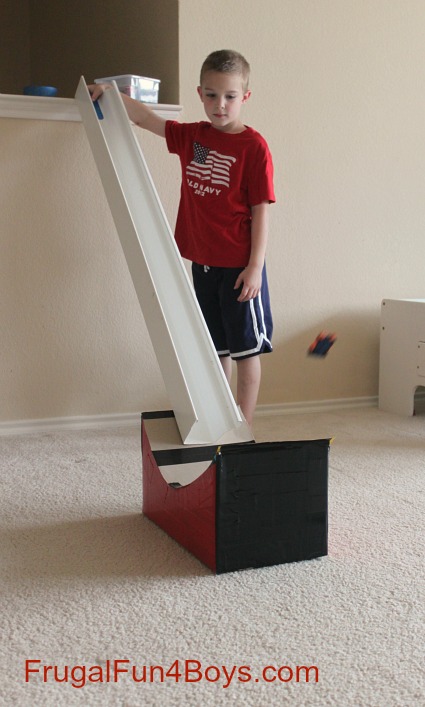 This jump gave the cars some serious air! 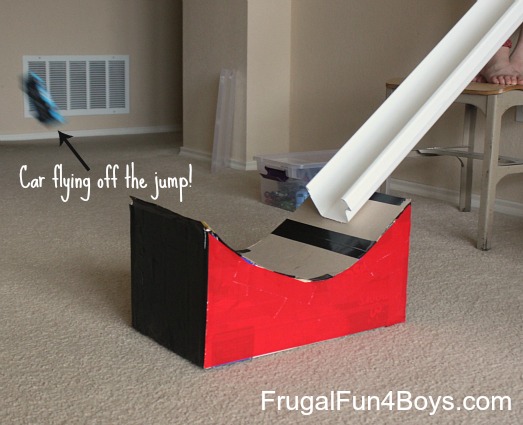 I taped the top of the rain gutter to the ledge in our play room with painter’s tape. This set up has worked really well. 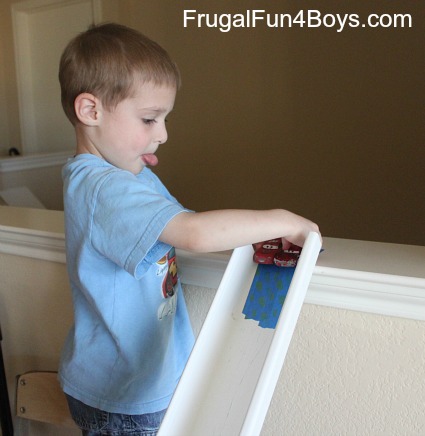 This jump has seen countless Hot Wheels cars over the past week! All of the boys love it. It’s always great to find something that everyone can enjoy doing, despite the fact that their ages range from 1 1/2 to almost 10! 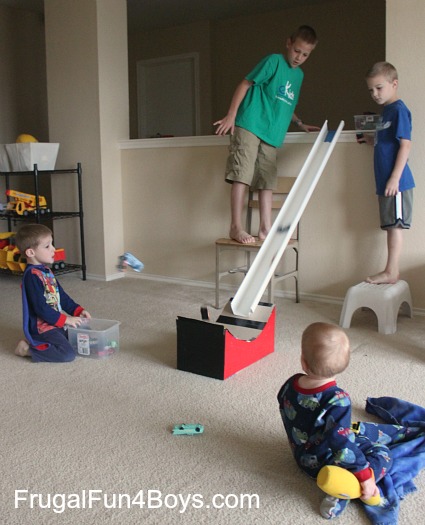 Coming soon! Screen Free Summer Ideas! Starting next week, I’ll be sharing ideas for screen-free play every day on the Frugal Fun for Boys Facebook page. In fact, I’ll be sharing two ideas each day – one geared toward preschool aged kids, and one for older kids. Be sure to follow me on Facebook if you haven’t already done so!