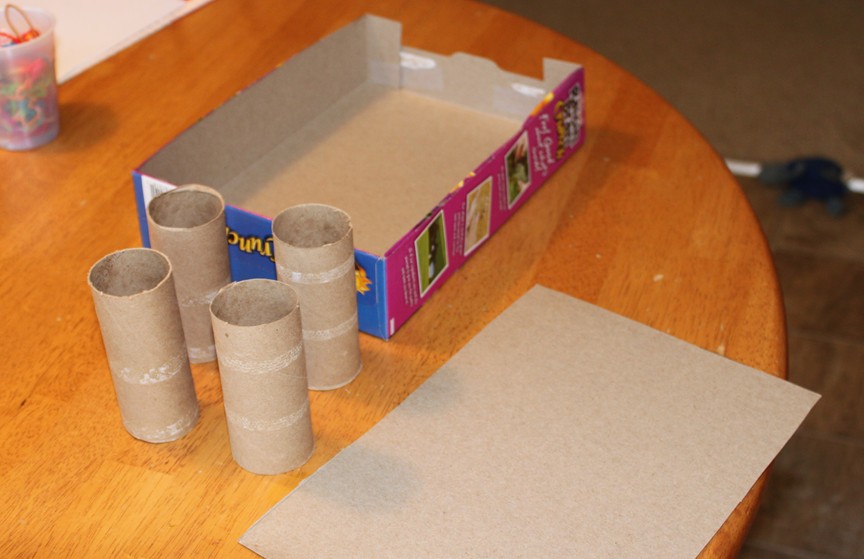 We made a fun parking garage for hot wheels cars today! This idea came from the October 2010 issue of Family Fun magazine.

First, cut the front panel from a large cereal box. Cut toilet paper rolls to 4″ lengths. The instructions said to cover them with yellow paper (and their project definitely turned out cuter), but my boys were in too much of a hurry for this step. They are more into playing than into making things look nice! 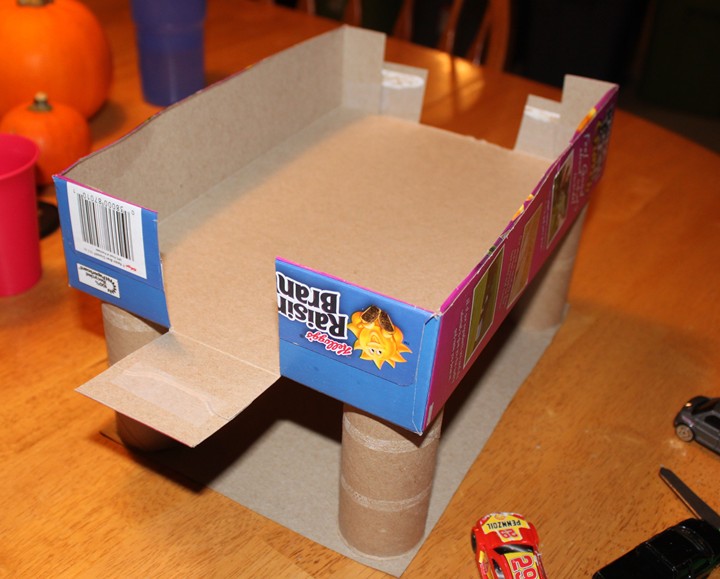 Glue four of the tubes at the corners of the front panel that you cut from the first cereal box. The 5th tube is supposed to go in the middle to help support the second level, but we skipped this step (mainly because I read the directions after we finished… whoops). Glue on the second level.

To make a ramp up to the second level, cut some flaps on the top level. The directions said to use the second cereal box to cut two cardboard strips. Then, glue the strips sandwich-style around the flap hanging down to make the ramp nice and sturdy. Since we read the directions at the end (ahem), we just taped our ramp on… 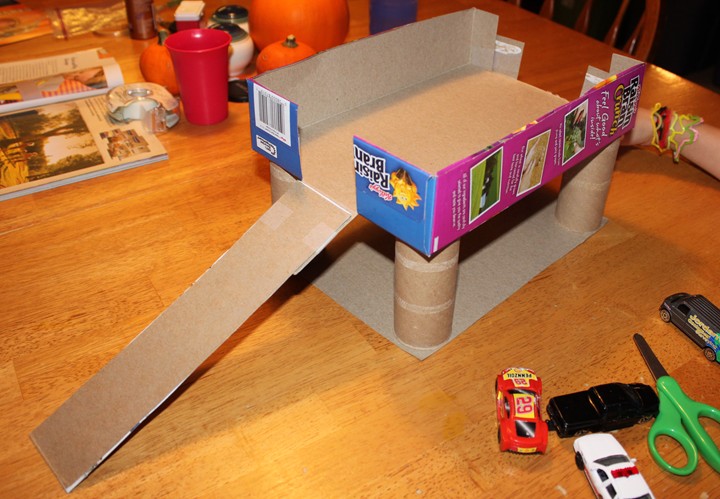 The directions also said to use gray construction paper to cover up the sides of the top level. Definitely would have make it look better, but like I said, we wanted to get on with playing! 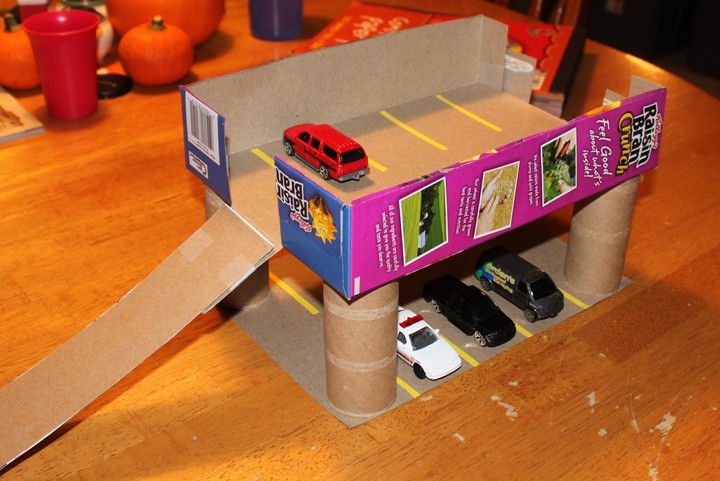 This was a fun project that everyone enjoyed, and best of all, we only needed materials from around the house!