We had a very enjoyable Christmas, and I hope that you all did as well! Now that it’s over, it feels like time for baby – but so far, baby is not cooperating with that plan! (I’m only 37 weeks, but I’m accustomed to delivering early!)

As seems to be our custom, I didn’t get a whole lot of good pictures this year! Christmas always moves so quickly with little children – it’s hard to capture the moments!

Here are a few good ones: 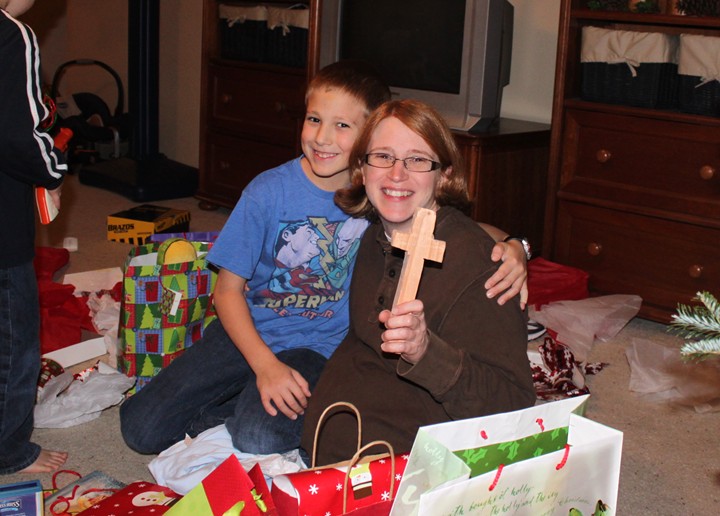 Aidan made me a wooden cross! He worked on it all by himself in the garage, and was so proud of his end result! He even wrapped it himself and made a card to go with it. 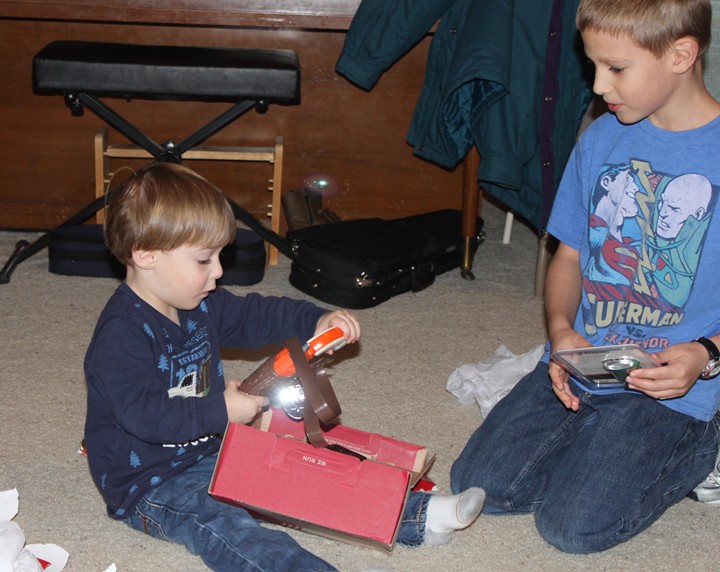 Aidan also spent his own money on his brothers this year. He bought a set with two plastic pistols, and gave them each one. He also gave each of his brothers a die cast Finn McMissile car (since they always want to take his!).

This was Gresham’s first year (age 5) to pick out presents for people that they would actually enjoy, as opposed to wanting to shop for himself or refusing to think about it at all! I let him spend more than we had budgeted for Aidan since he had a genuine gift idea that Aidan would really want! He got him a Lego castle set.

Next year, I think we’ll have the boys draw names and just give a gift to one brother (since we’ll have four of them then!), but it is fun to let them pick out things for each other! 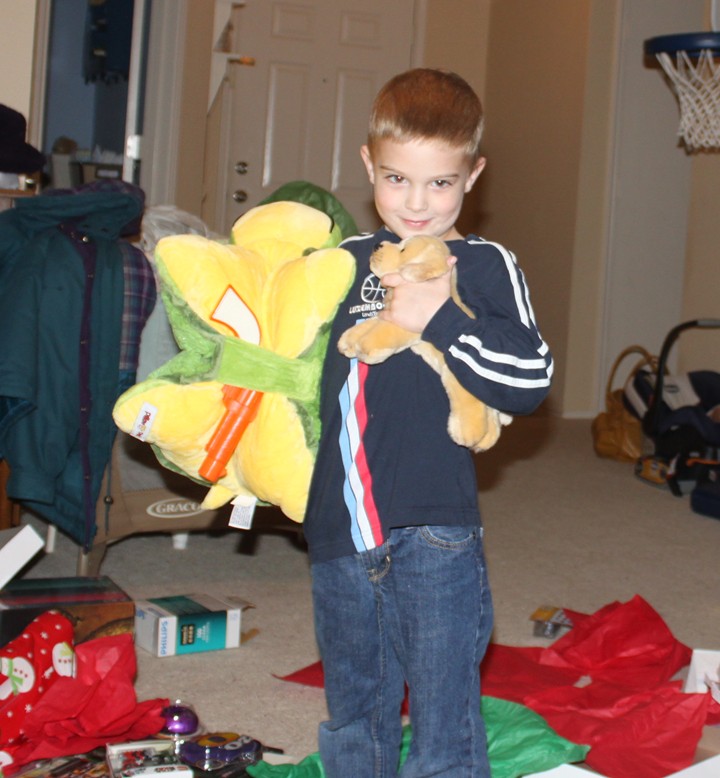 Here’s Gresham with some of his favorites – a turtle pillow pet, his pistol from Aidan, and a stuffed puppy from Owen! This picture is SO Gresham!

Overall, this was a lean Christmas for us, but the Lord provided some good gifts for us to give and receive! My uncle gave us some pillow pets that we were able to give to Gresham and Owen, so then we just needed a gift for Aidan. I found him some Lego Star Wars pajama pants (Target clearance) and a stuffed dog (Hobby Lobby clearance).

Two days before Christmas, I still didn’t have a gift for Jordan. Then I found some camping chairs at Target for $8.50 each! (50% off) I was so thankful to find them because Jordan and Aidan will use them often while camping with the Awana boys group at church. It’s always so encouraging when we get reminders that God cares about the little things – like making my husband feel appreciated at Christmas!

What were your best Christmas moments this year?