Does your child’s school or Awana club do crazy sock day (or night)? We have crazy sock night at Awana once each year, and I never have any good ideas. We don’t really own any novelty socks, since that tends to be more of a girl thing. Last week was crazy sock night at our church. Aidan wanted to have “Angry Birds” socks that would have an actual working slingshot attached. The slingshot would operate by putting rubber bands around each of his legs with the pouch between his ankles. I said no, although it might have been pretty funny to watch him try to walk with that on!

Well, in a flash of inspiration about 20 minutes before Awana, I came up with a couple of ideas…

For Aidan and Gresham, we did “giant feet.” 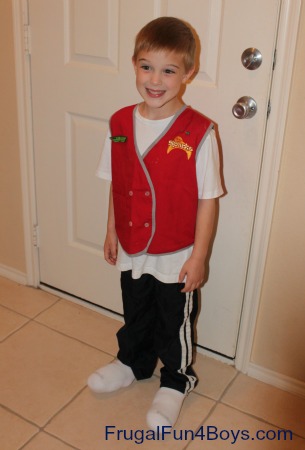 I gave each boy a pair of my socks. Before they put them on, I stuffed the toes with fiber fill stuffing. Then, I added some more stuffing on top of their feet after the socks were on. The result was pretty hilarious! Obviously, shoes can’t be worn with this crazy sock, so we just used socks that I was okay with throwing away when they got home. 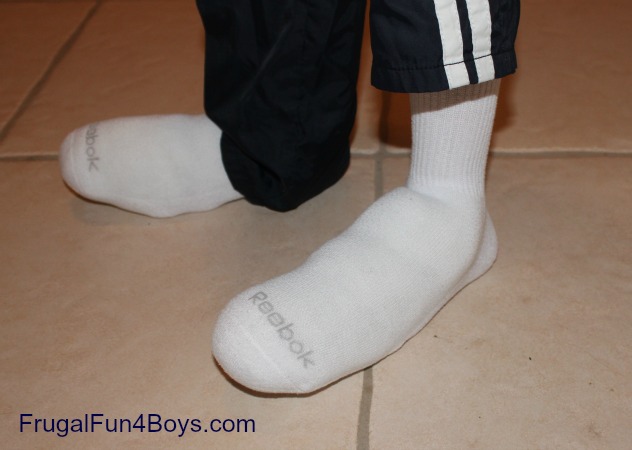 My husband is the director for the 3rd-6th grade boys Truth & Training club. For his crazy socks, I came up with the idea to do a duct tape “cast.” We simply cut the toes off one of his socks, and then wrapped duct tape around his ankle. 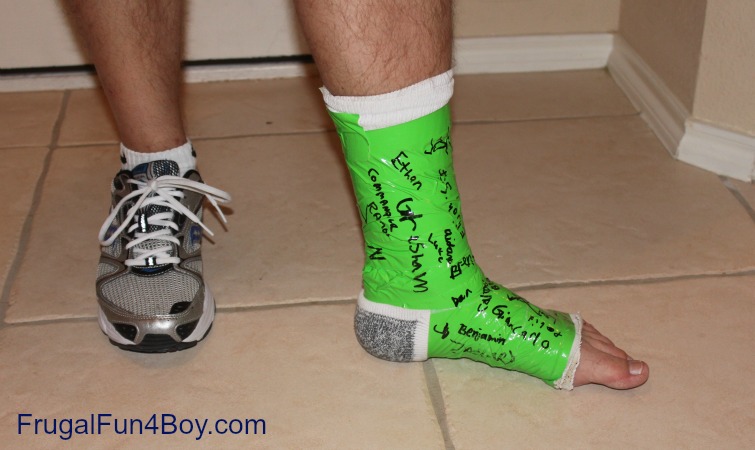 It was hilarious! Jordan had lots of people asking him all evening what he had done to his ankle. He let all of the boys in his club sign his “cast” with a sharpie.

Note – we had to cut this off with sharp scissors, so don’t use a sock that you ever want to use again! It’s also probably not a great idea for younger children because the tape can be slippery on a smooth floor.

Have you had to come up with some crazy socks for your kids? What did you do?