Cutting paper snowflakes is such a classic winter activity and fun for all ages! Figuring out how to fold the paper can be a little tricky, but it’s not hard at all once you know how. Here are some instructions for cutting and folding really awesome paper snowflakes! 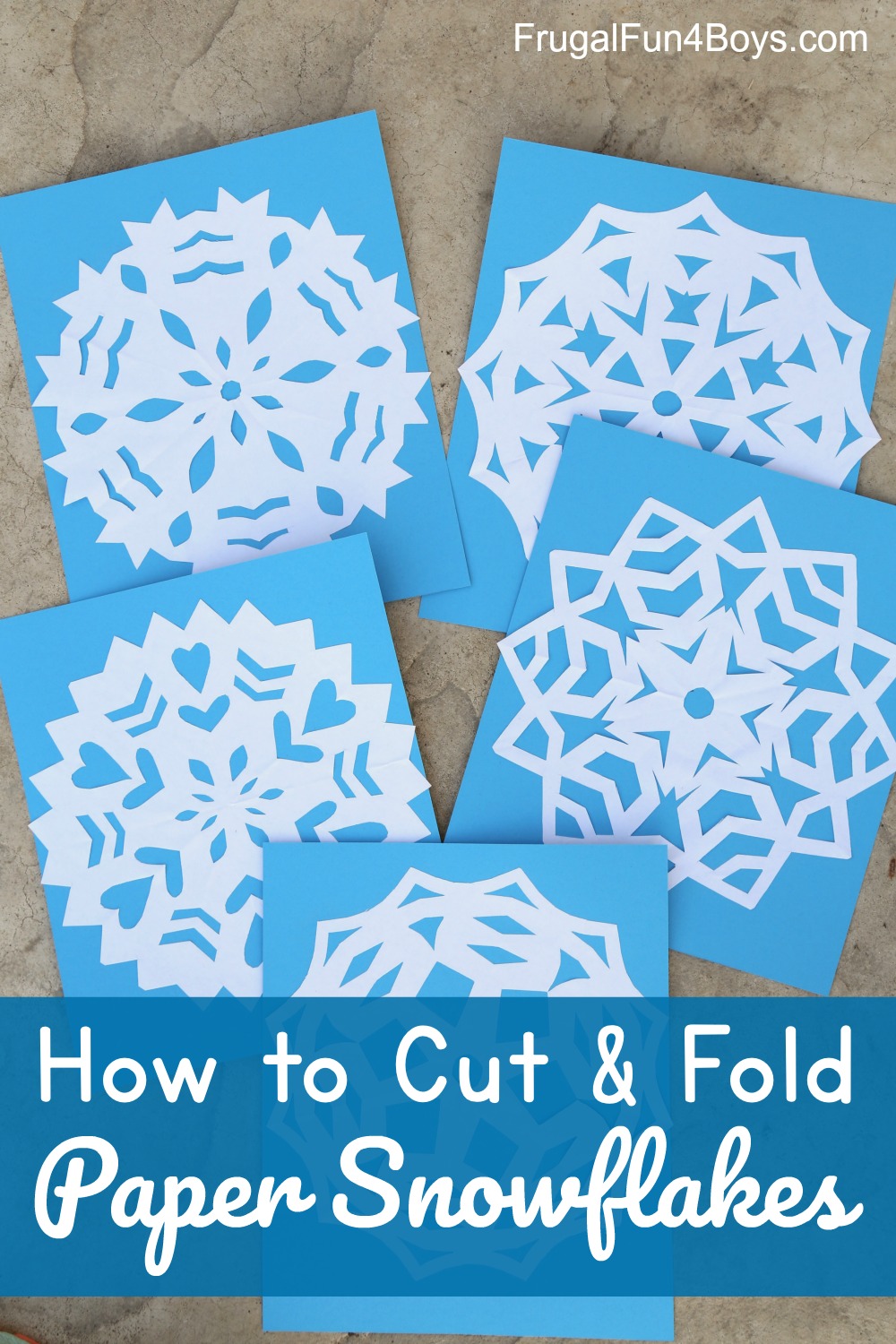 So this past week, I decided that my kids should know how to make paper snowflakes. The weather was crummy and we had nothing better to do! One of them was resistant to the idea, and two of them thought it might be boring. And then all three of them discovered that cutting paper snowflakes is actually very fun and quite addicting! Gresham told me that he would help pay for more paper if only I would let him cut out unlimited snowflakes! I think he made more than 15. He was absolutely enamored with the whole process – the folding and cutting, and especially the unfolding. He even gave Grandma a complete demonstration when she came over. 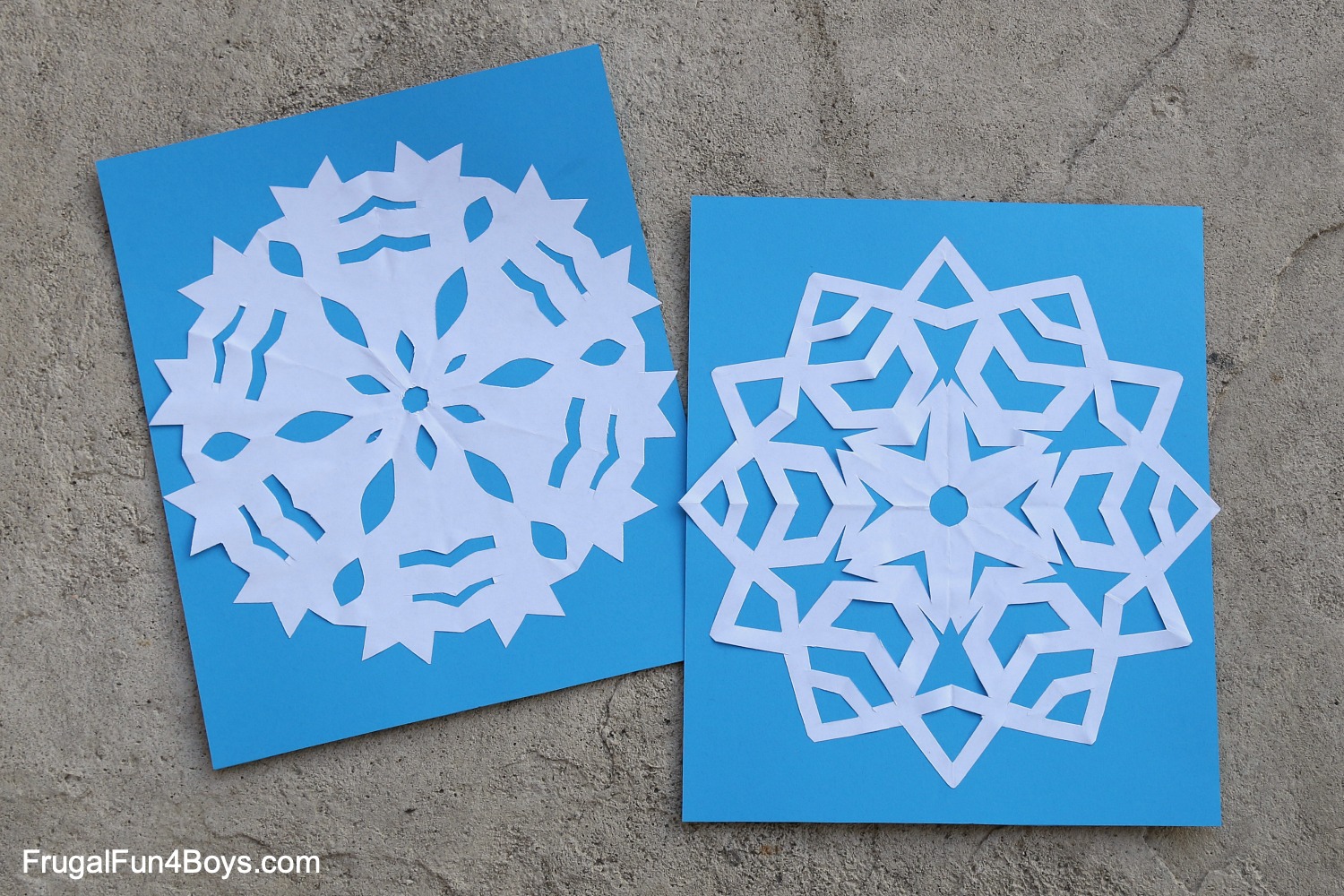 Anyway, half a ream of paper and one ruined pair of scissors later (thankfully it was just one pair!), we have some awesome snowflake designs to show you!

How to Fold Six Sided Snowflakes

For a six sided snowflake, start with a square piece of paper. The easiest way to make it square is to fold over one large triangle. 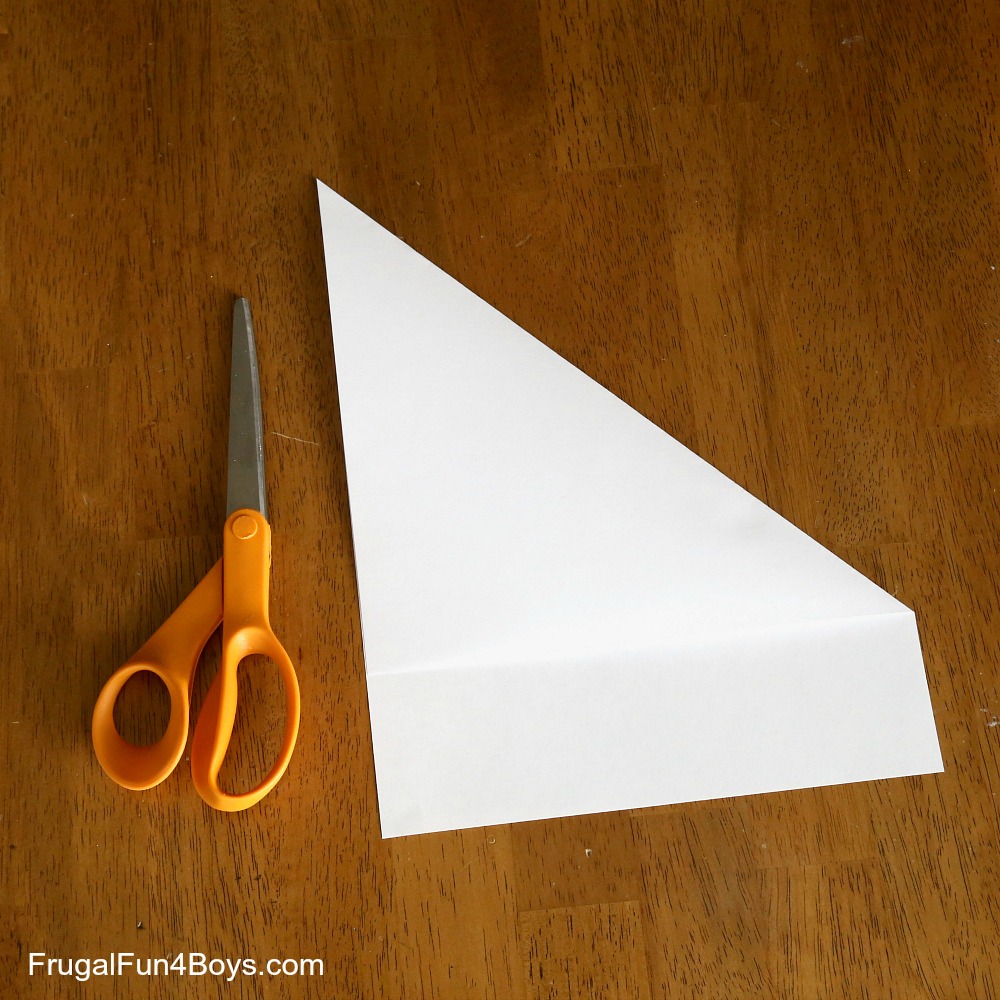 Cut off the excess paper at the bottom. Keep the paper folded as a large triangle. 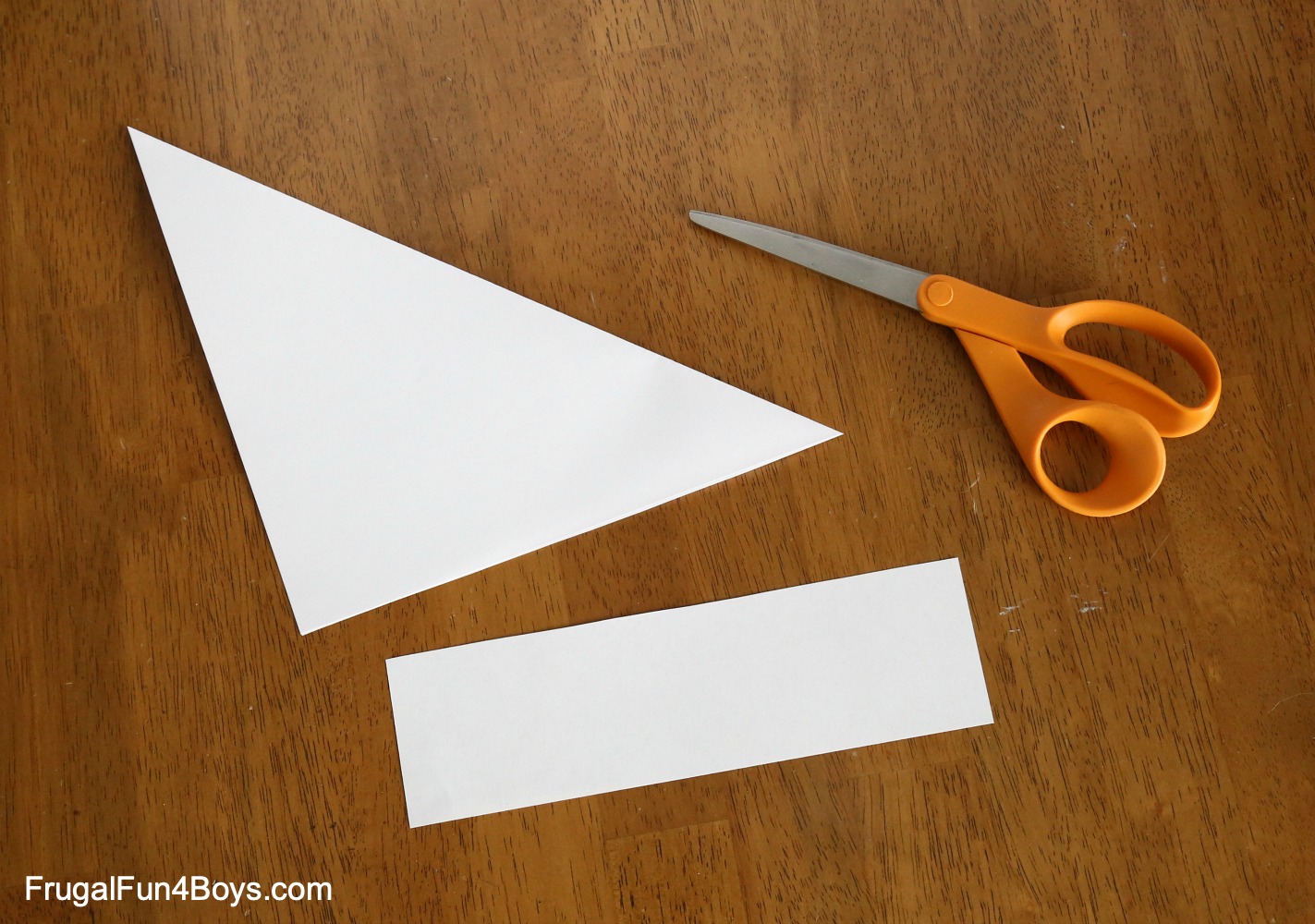 Then fold it again into a smaller triangle. 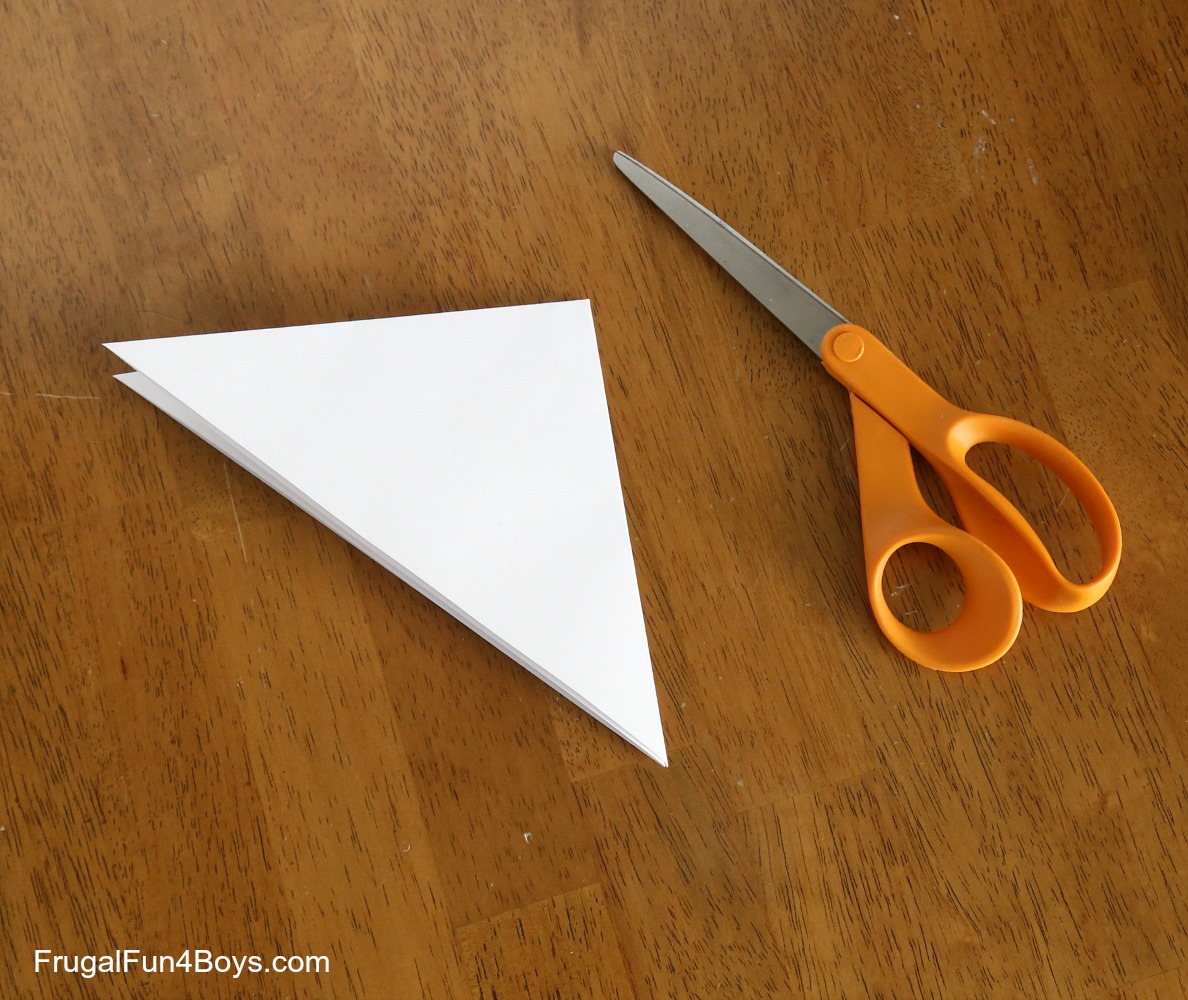 Next, turn your triangle so that the longest side is up. Fold over the right side by a third. You want it to be folded so that when you fold over the left side, the edges line up exactly. 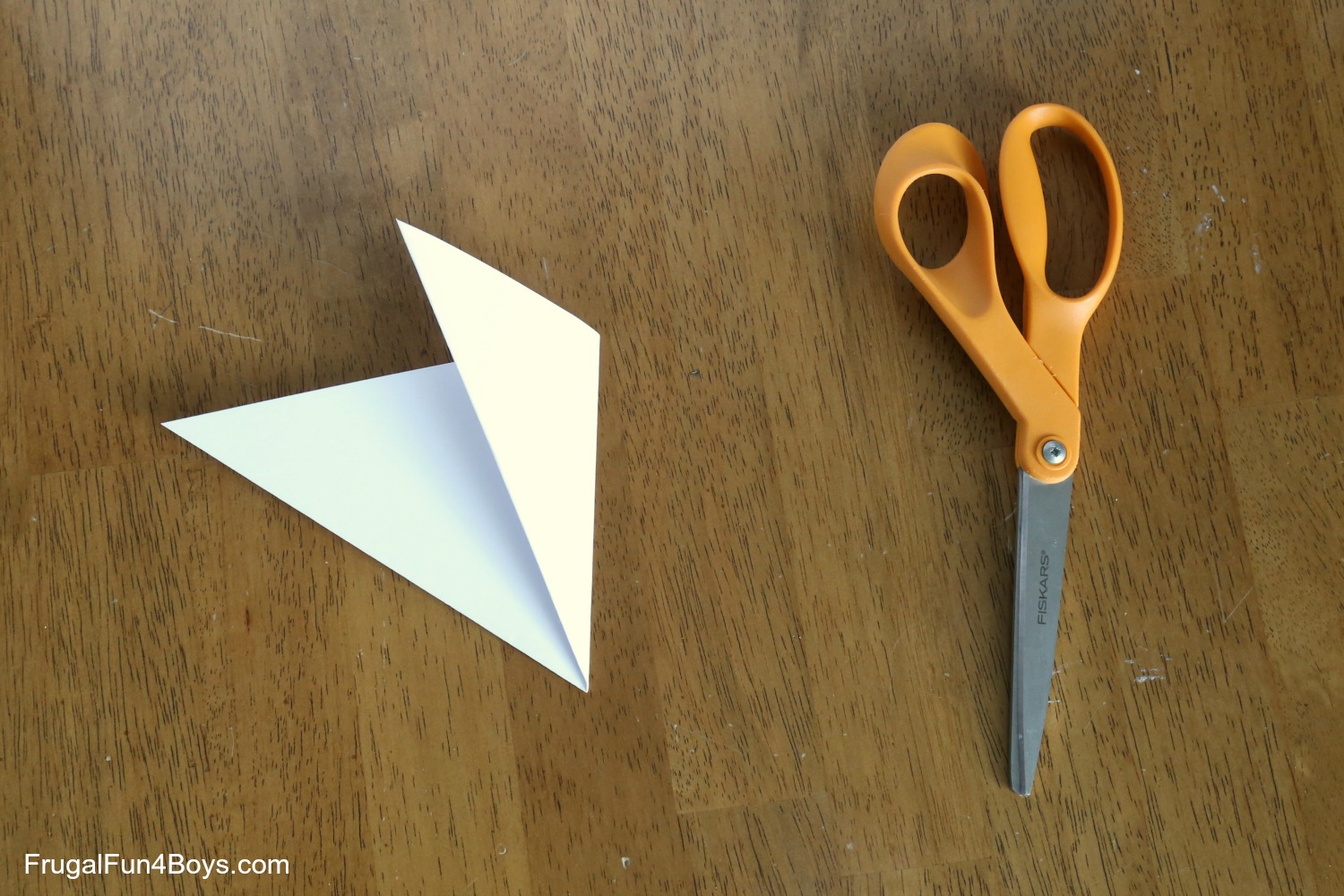 Fold over the left third of the triangle. 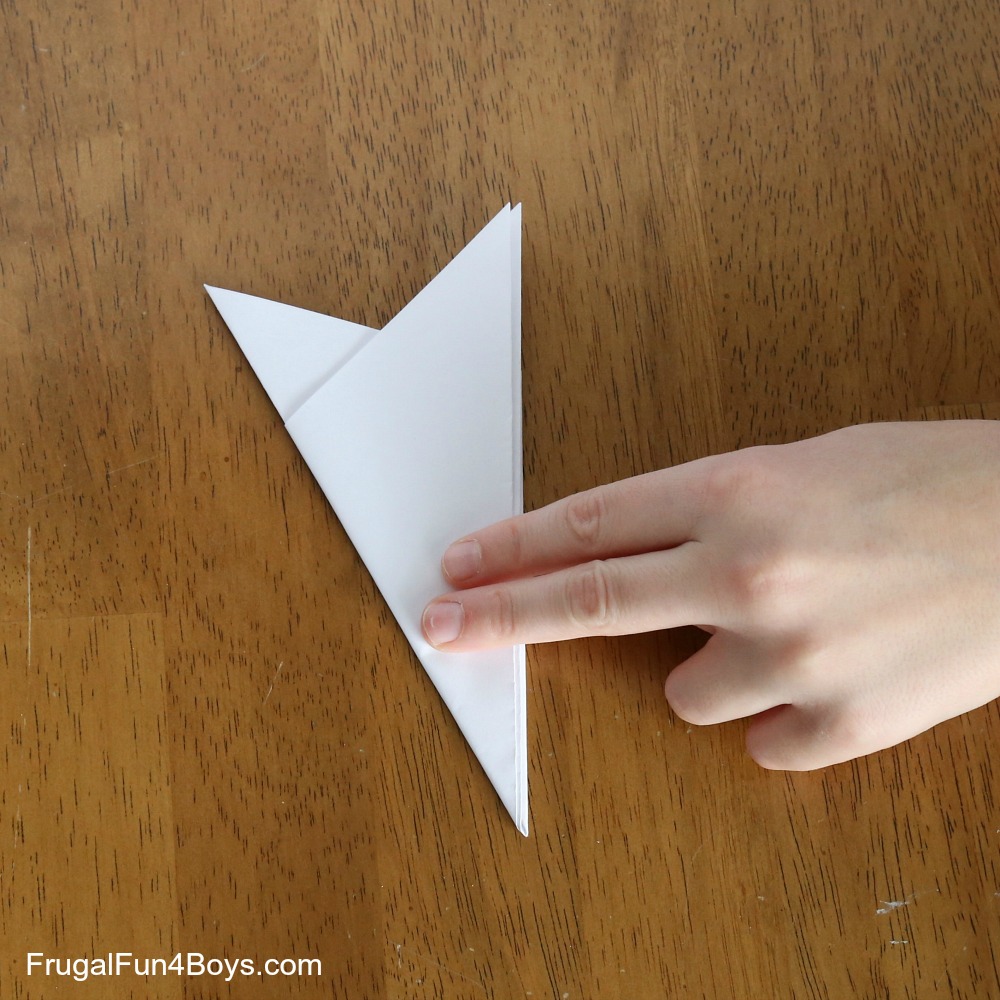 Flip the paper over. Cut off the top so that you have a straight edge. (You’ll be able to cut along the paper edge that goes across the snowflake – you’ll see it once you flip it over.) 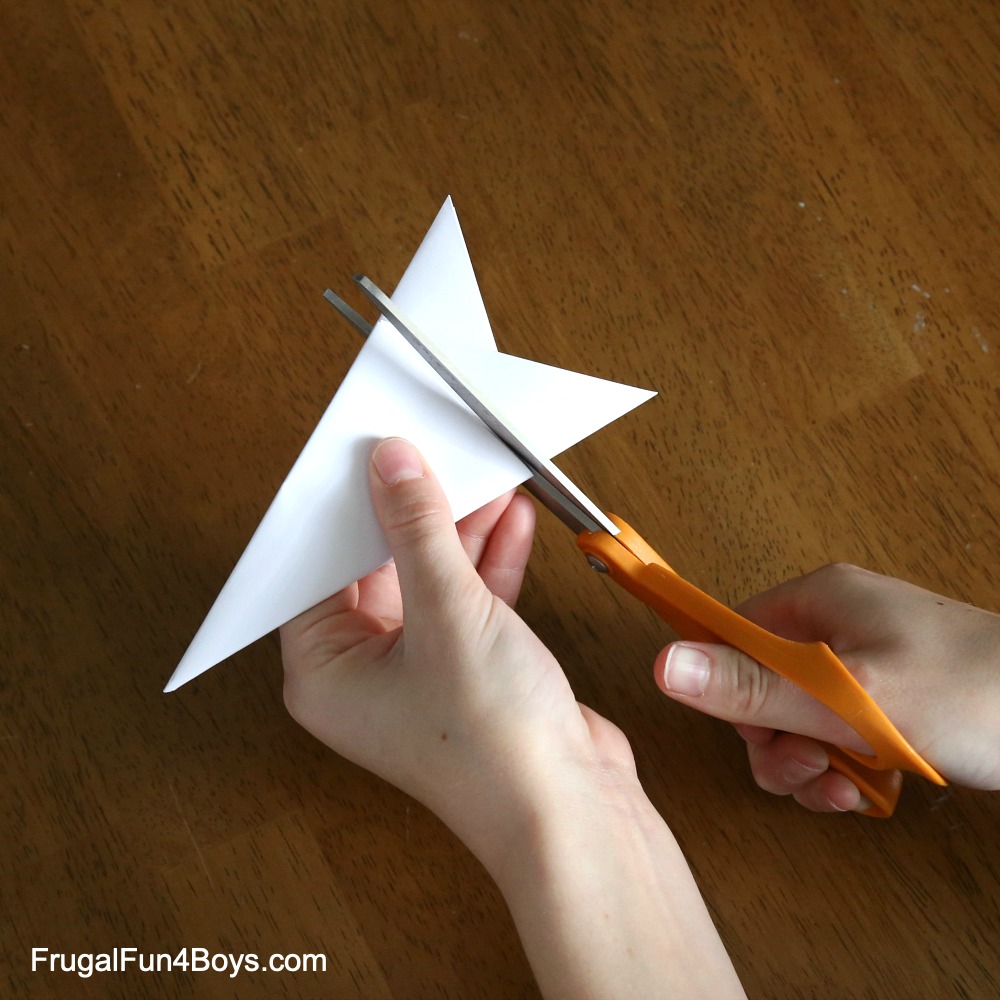 After you have cut a straight edge across the top, it’s time to cut out a design! 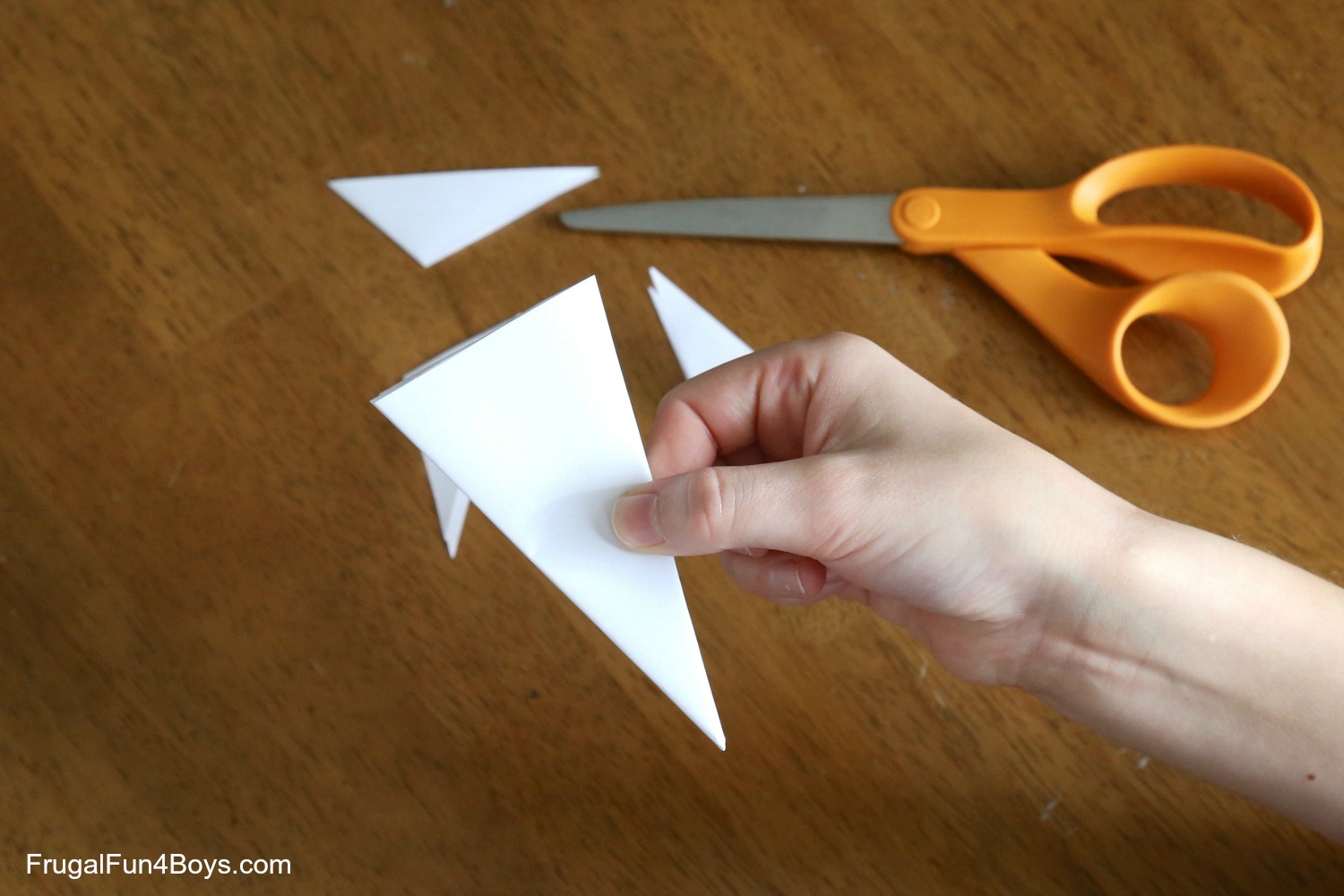 If you cut off the pointed tip, your snowflake will be open in the center. It takes a little bit of experimenting to figure out what cuts are required to make the shapes you want. You’ll get better and better at creating snowflakes the more you make! 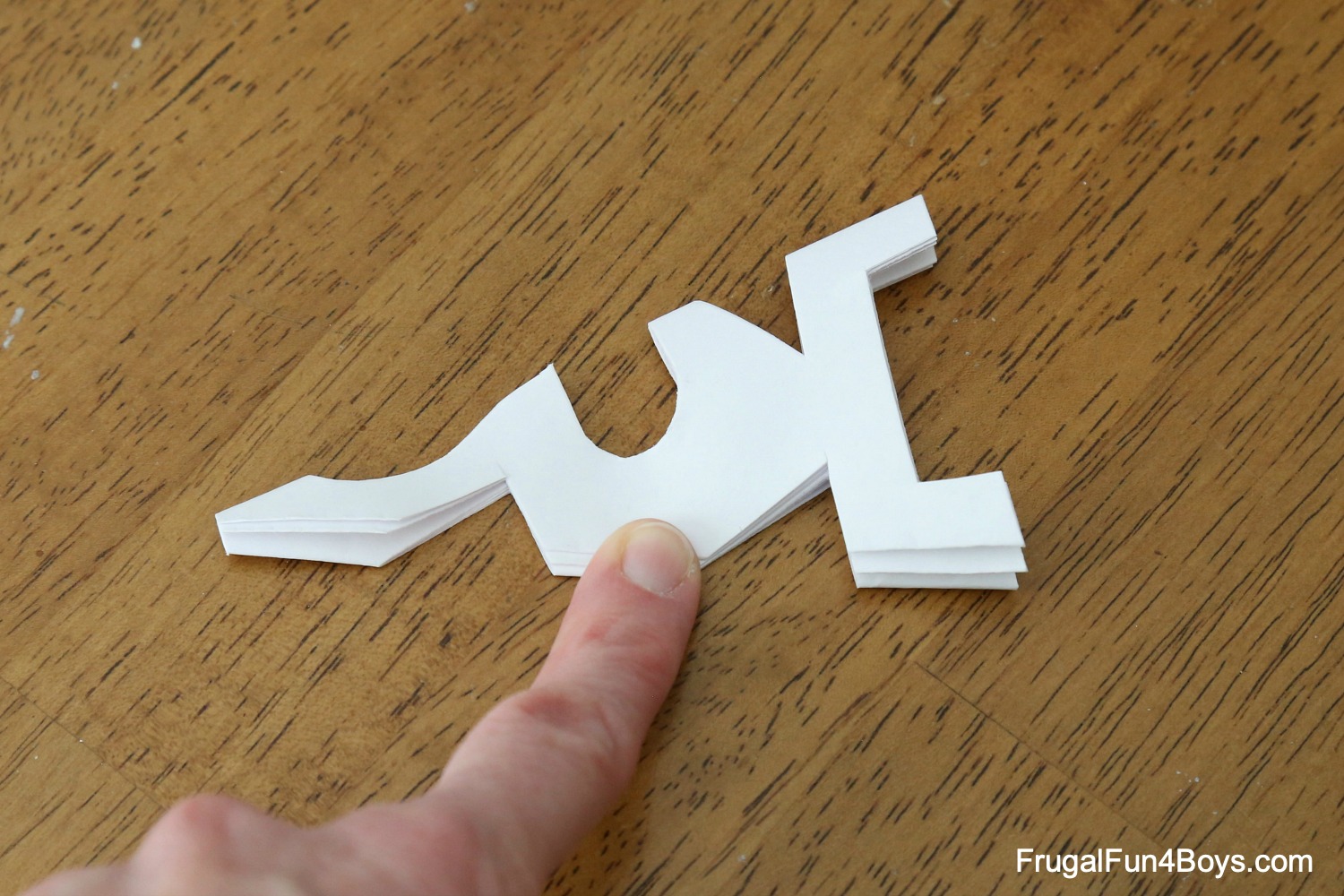 Here is the finished snowflake! Unfolding is the most fun part. We were all amazed every time to see what design we would get! 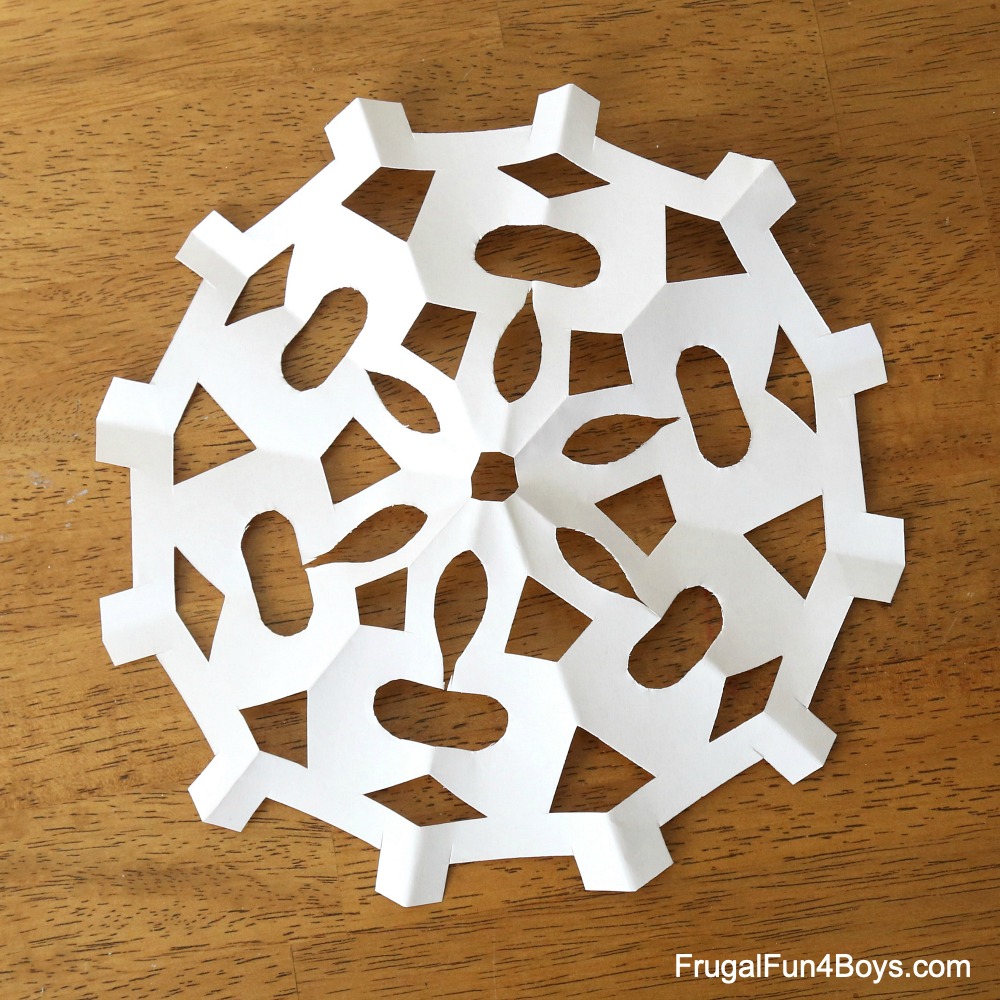 Here’s another of my favorite six sided snowflakes: 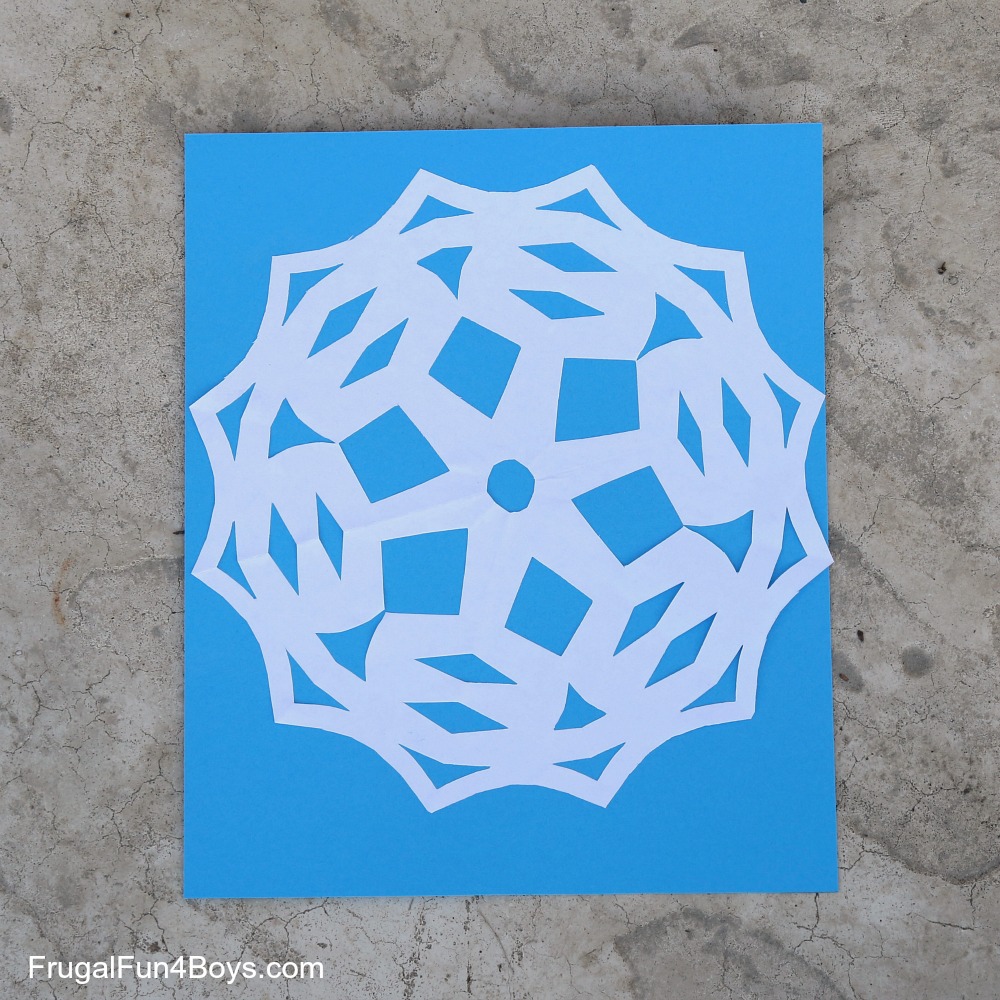 How to fold four sided snowflakes:

Start with a square piece of paper. Fold it in half to make a rectangle. 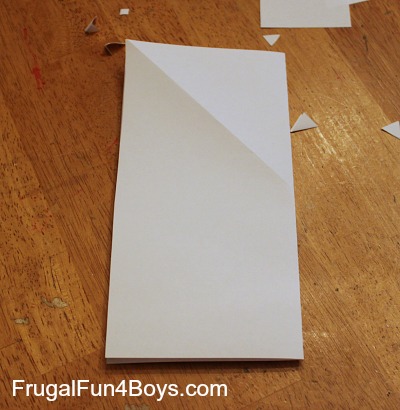 Fold it in half again to make a square. 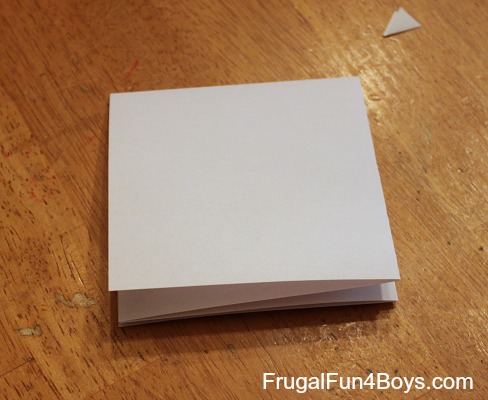 Fold the square in half to make a triangle. Then fold it in half again to make a smaller triangle. 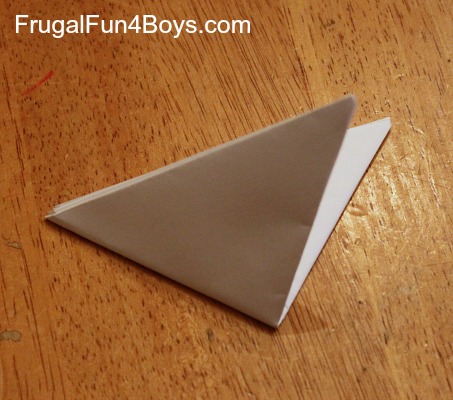 Cut out your design. 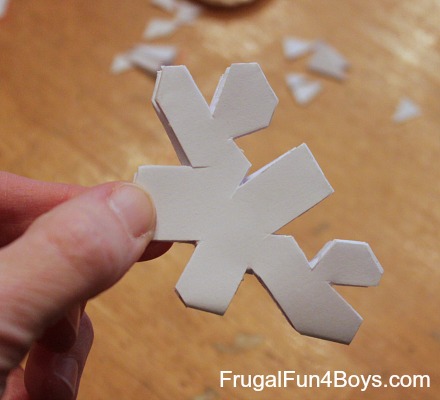 Here is the finished snowflake! This one is probably our favorite. 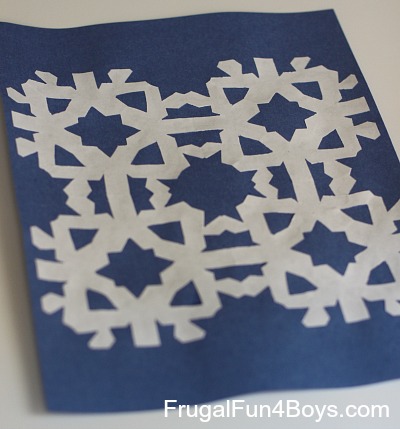 We also made several snowflakes by starting with a square, then folding it over into a triangle a total of four times. 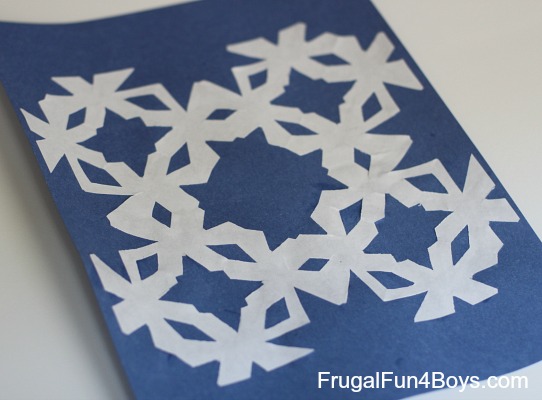 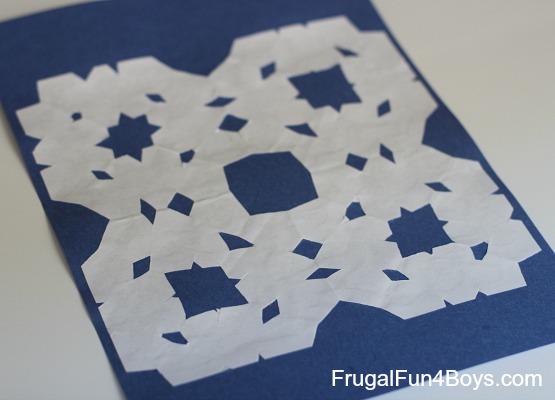 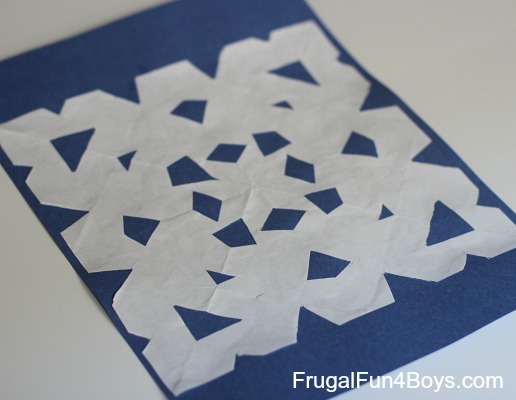 After all that cutting, we had a lot of vacuuming to do… But it was worth it! Happy, busy kids! 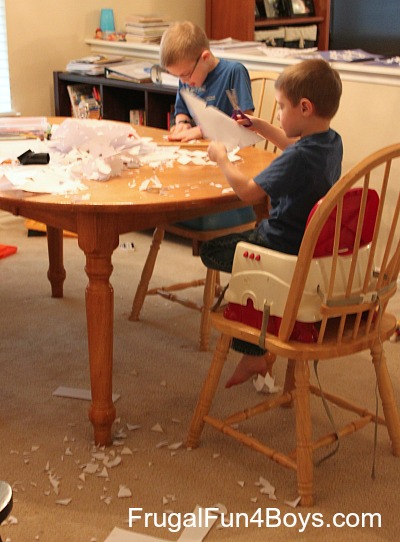 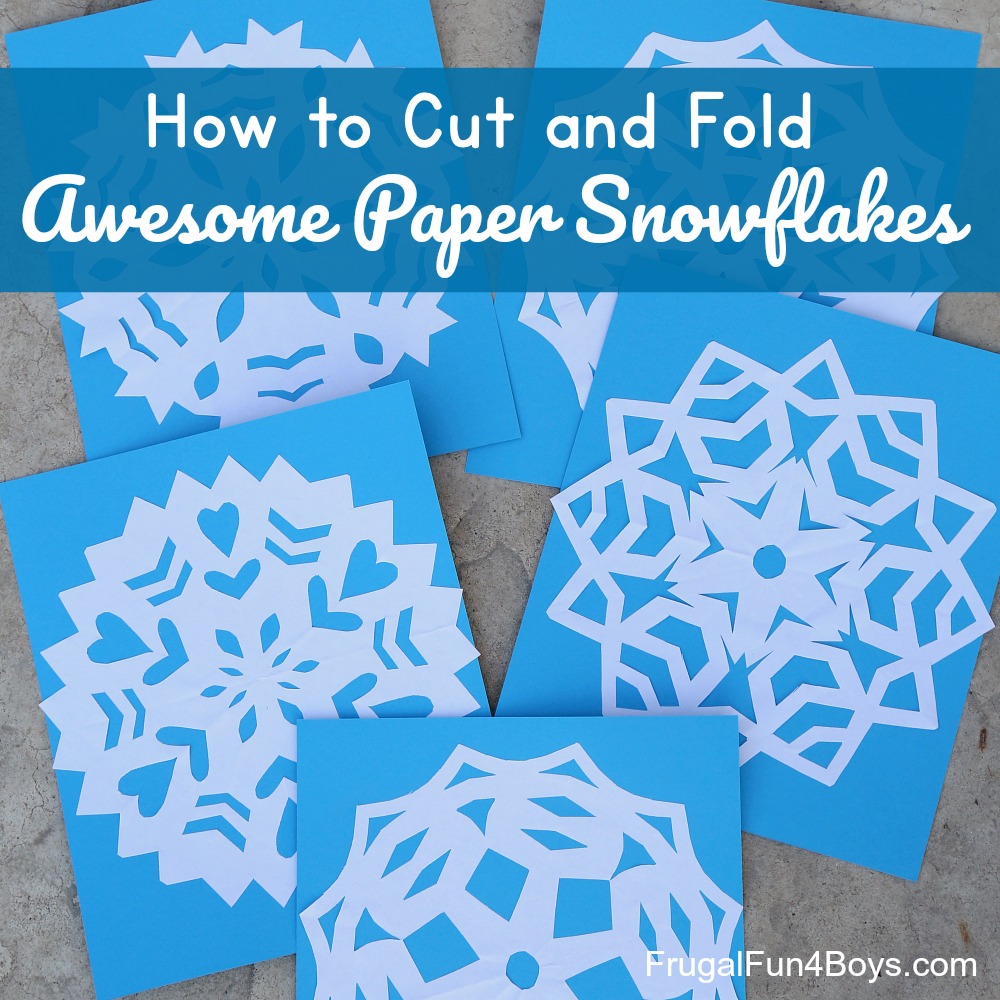