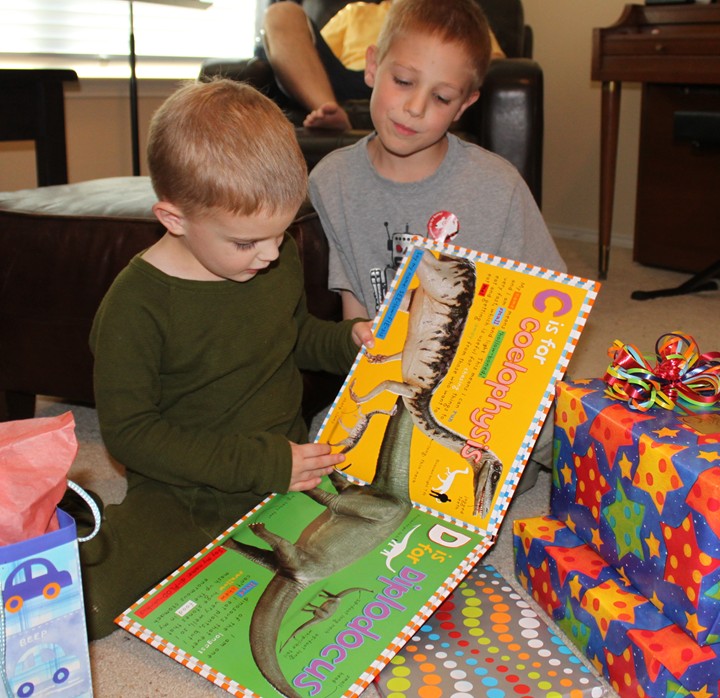 We made it through our 4 year old’s birthday party!

Now, I have nothing at all against birthday parties, but my husband had surgery on Friday and the baby has a horrible fever/cold. When we found out about the surgery, I knew that this party was going to be really simple. And simple is just fine because kids love simple things! We put together the food and two party games in a couple hour’s time with one run to Target for posterboard.

Our guests were grandparents, one uncle, and some family friends of ours who have three children. This worked much better at his age (and personality) than inviting a whole bunch of 4-year-olds! 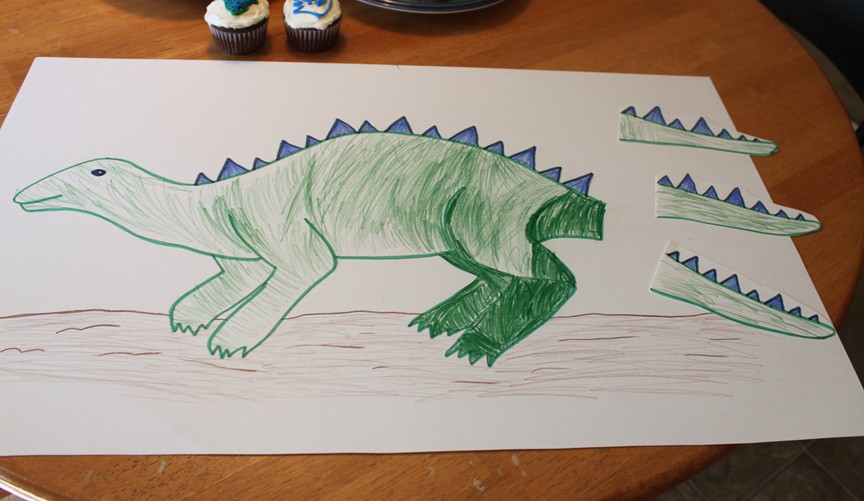 We played “pin the tail on the stegosaurus.” My oldest son and I made this with posterboard in about 15 min. It was a big hit with everyone except the birthday boy, who played outside by himself with his new dinosaur toys. (And that was perfectly fine with him!)

Then we played a hiding game with several little dinosaur toys that we have. The guests were 11-year-old twins and a 7-year-old boy. Aidan and the guests had a great time taking turns hiding the dinosaurs in our living room and looking for them. Simple entertainment using what we had on hand! 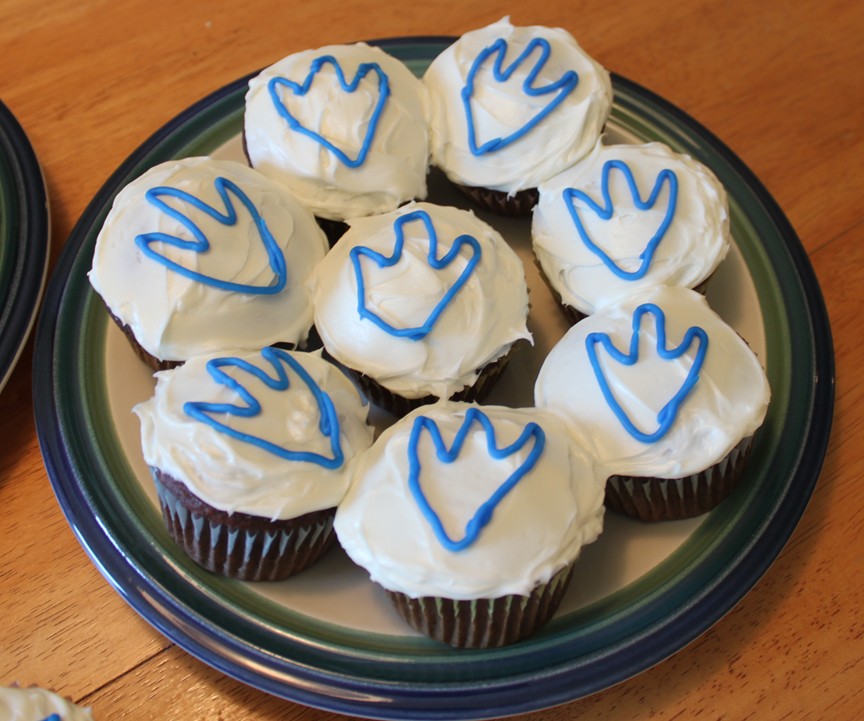 Birthday cakes are SO not my forte! I don’t know what’s so hard about making a decent cake, but mine never turn out. I have never even attempted a cake shaped like a dinosaur or anything like that! My solution? Dinosaur footprint cupcakes! My husband decorated these with Wilton colored icing. Didn’t he do a great job? 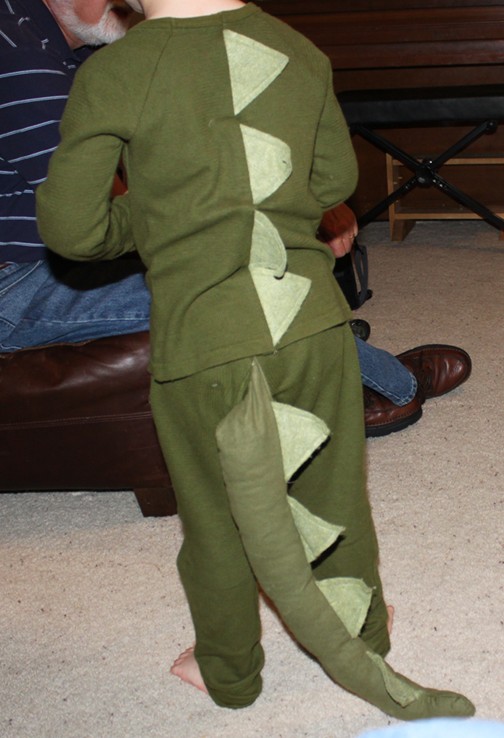 The birthday boy wore this dinosaur costume during the entire party!

I made this costume for him when he was 2. I used a thermal underwear set that I purchased from Target (in the boy’s section – size 4/5). For the shirt, I sewed two layers of green felt triangles together, and then folded the shirt to make a seam for the triangles. (Does that make sense? I sewed from the inside of the shirt. I was sewing through one layer of shirt, the triangles, and another layer of shirt.)

For the pants, I used green flannel and felt triangles to sew a tail. I stuffed it with quilt batting.

I attached the tail to the pants in the same way that I did the shirt – just sewed it into the seam on the back of the pants.

Since the thermals were so big on him, it didn’t matter that I was taking in the seams by adding the dino details!

He wore this again last year when he was 3 for our church’s fall festival, and I am really hoping to talk him into something different this year, although we have certainly gotten our money’s worth out of it!

Gresham is a boy who likes to stick to what works…

If you want more details on how to make this costume, comment, and I’ll send you more pictures!