Make your own spelling blocks to add a hands-on element to reading and phonics!

Owen is getting ready to enter kindergarten in the fall (homeschooling), and he is very eager to learn to read and spell. One thing that I have noticed with homeschooling boys, though, is that many boys (not all, of course!) do not enjoy writing as much as girls do. Handwriting seems to come along more slowly for boys, with the result that their brains are often ahead of their fine motor skills. Owen does not enjoy filling in lots of workbooks, so I made these spelling blocks to use for phonics, spelling, building his name, etc. 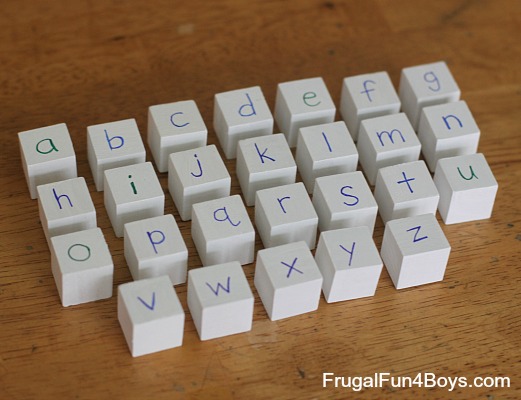 I used 3/4 inch square blocks from Hobby Lobby. I had planned to just write the letters on the blocks with fine point Sharpie markers, but I quickly discovered that Sharpie bleeds pretty badly on wood. So, I painted the blocks with white acrylic paint before writing the letters with Sharpie. 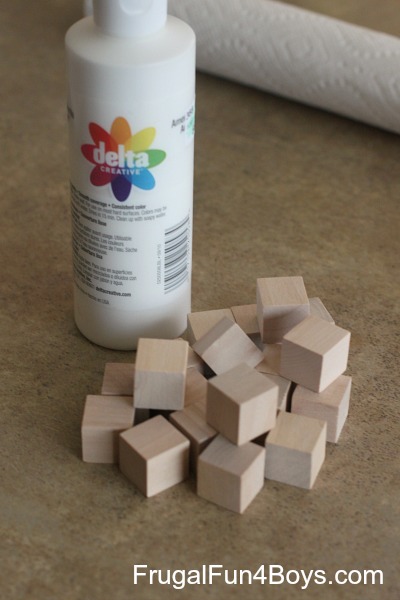 I wrote the consonants in blue and the vowels green to help Owen remember which are which. 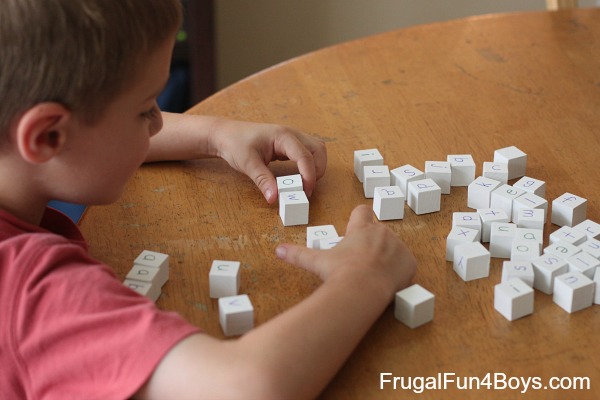 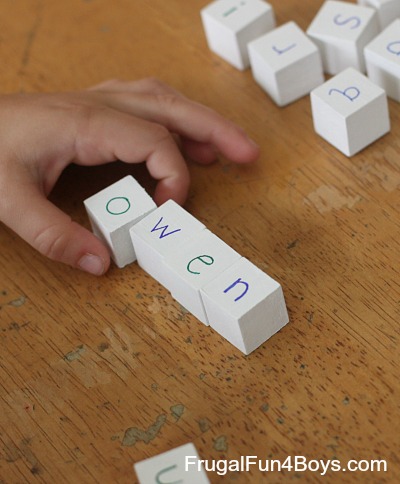 Since Owen is only reading a little bit at this point, I made some cards with basic three letter words that he can spell by copying. 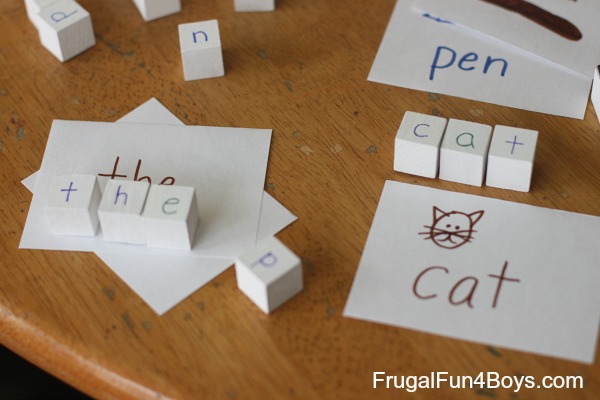 It would be fun to add magnets to the back of these for use on the refrigerator or a magnet board. I actually tried that with ours, but I messed it up… I used peel and stick magnets which were not sticky enough to adhere to the wood, so I glued them on with E6000 glue. Well, the combination of glue and sticky back magnets did not work, and the magnets would not stay on at all. Now the backs of the blocks are coated with a layer of dried E6000, so I just left them alone. If you’re going to add magnets – don’t use peel and stick magnets!