Download and print Advent (Jesse) Tree Devotions to use with the whole family!

What are Advent devotions?

The Advent season is almost here – my favorite time of the year! Children add so much joy to Christmas, but I don’t want my children’s joy to come merely from presents. The gifts are fun, but I want to be intentional to lead my boys to the greatest gift of all – our Lord and Savior Jesus Christ whose birth we celebrate. For the past three years, we have done an Advent (or Jesse) tree during the month of December. The idea of a Jesse tree is to remember not just the story of Christ’s birth, but the promise of a Messiah in the book of Genesis and the unfolding of that promise throughout all of Scripture. I enjoyed the devotions that we were using, but some of the Bible stories came across as unconnected to coming of Christ. For a long time I have been wanting to create my own Advent devotions, and this year I decided to take the plunge and do it! 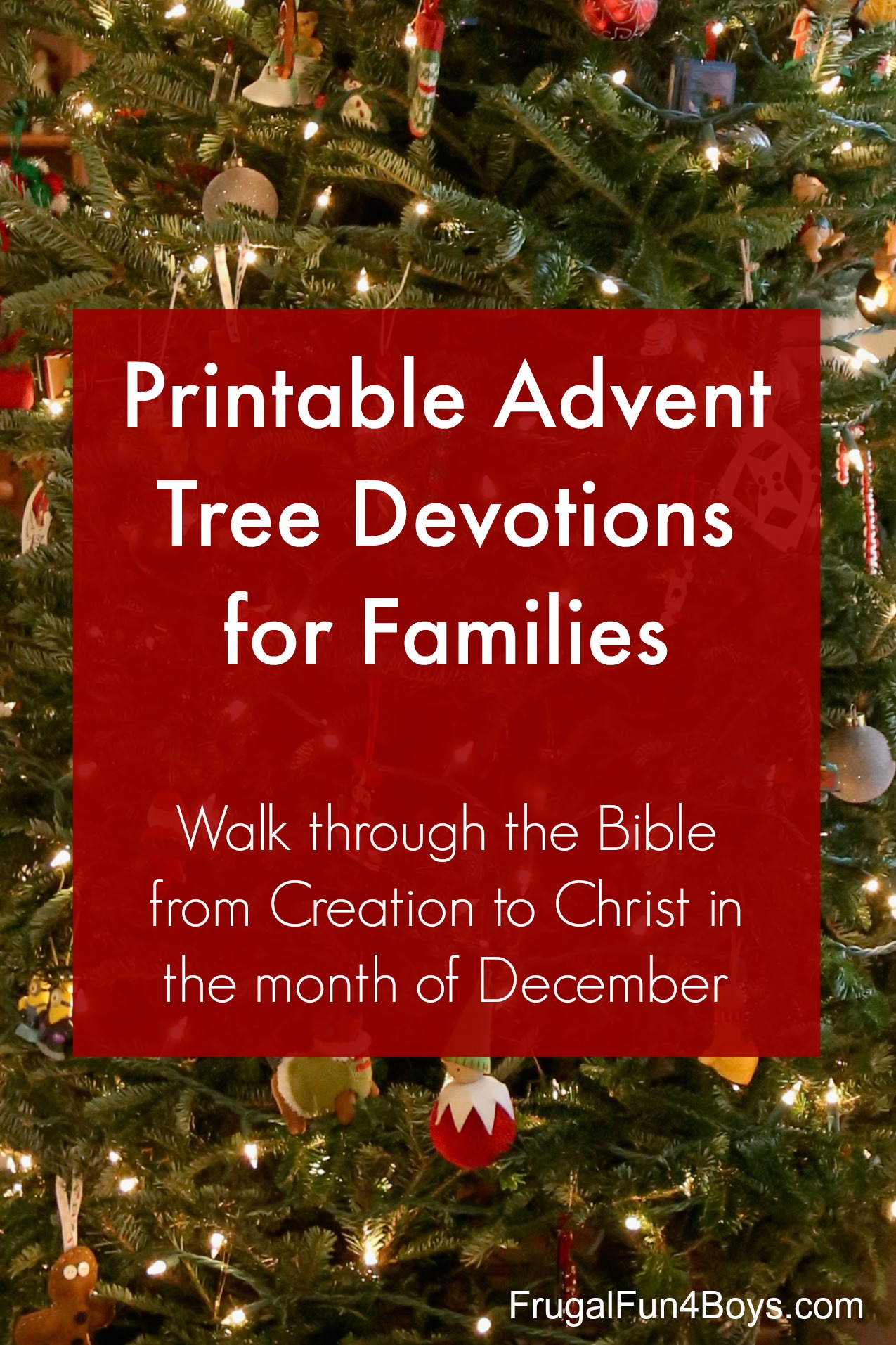 The Advent devotions are comprised of a scripture reading, a short lesson to go with each reading, a prayer idea, and a ornament symbol for each day. The lessons serve to explain what was read in language that children can understand and to synthesize larger portions of scripture than what would be practical to read in one month so that important connections in the story of the Messiah are made.

I thoroughly enjoyed studying the big picture of Scripture, and I pray that your family will be blessed by these devotions. I am in awe of God’s grace, His love, and His sovereignty in weaving together such a beautiful story of redemption for sinful people who don’t deserve it. Thanks be to God for His grace! 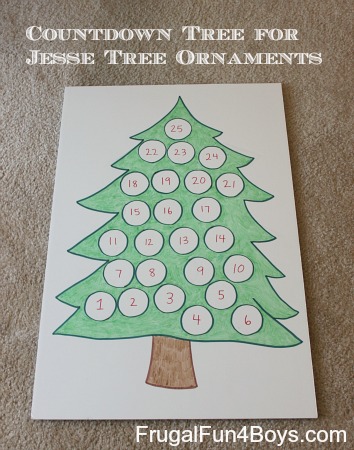 Here is a sample of what you will be downloading:

Prophecy of the Shoot from the Stump of Jesse

Do you remember the promise that God made to David that we read about yesterday? Well, after David died some very sad things happened. David’s son Solomon reigned after him, and Solomon made several sinful choices. God sent the prophet Ahijah to Solomon, and Ahijah delivered a very sad message. Because of Solomon’s sin, God would tear 10 tribes away from the hand of his son. Solomon’s son would rule over only the tribe of Judah. God did not take the kingdom completely away from Solomon’s son because of the promise that God made to David.

Then, many years later, the nation of Assyria took over the 10 tribes of Israel, and the Babylonians finished the job by taking Judah. It seemed as though any hopes of David’s kingdom enduring forever were shattered.

Isaiah wrote this prophecy during the time of the Assyrian captivity – a really ugly time in Israel’s history. God gave him a message of hope for Israel. God had not abandoned his people! A shoot would come from the stump of Jesse! A branch from his roots would bear fruit! It would be the Messiah, come to redeem His people.

What were the 3 things that God promised to David? They were a house, throne, and kingdom. Listen to what the angel told Mary in Luke 1:32-33. All of those things were fulfilled in Jesus, who was indeed a descendant of David.

“He will be great and will be called the Son of the Most High; and the Lord God will give him the throne of His father David, and He will reign over the house of Jacob forever, and His kingdom will have no end.”

Prayer: Praise God for His faithfulness throughout history. Praise Him that He is always at work, even when we might not see it.