This craft is perfect for a summer camp activity, or just for a rainy day! They’re fun for a wide range of ages, and with the velcro, they are easy to put on and take off.

Since we have mostly boys, they were calling these arm bands. But they can totally be bracelets too!

We originally posted this craft idea in May 2013 and updated it in July 2019. It’s really fun to go back and do some of the projects with my younger kids that I did when the older ones were little! 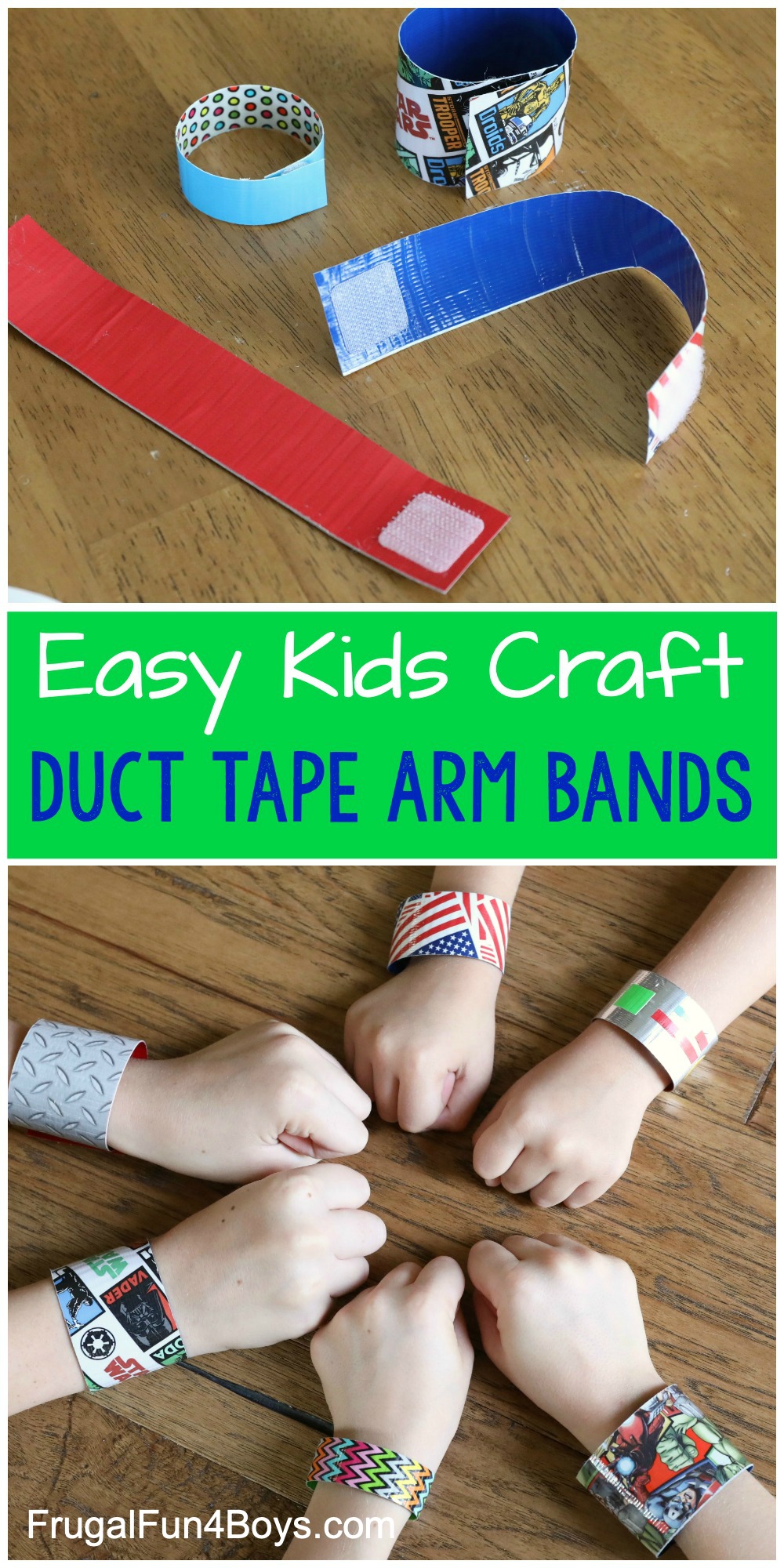 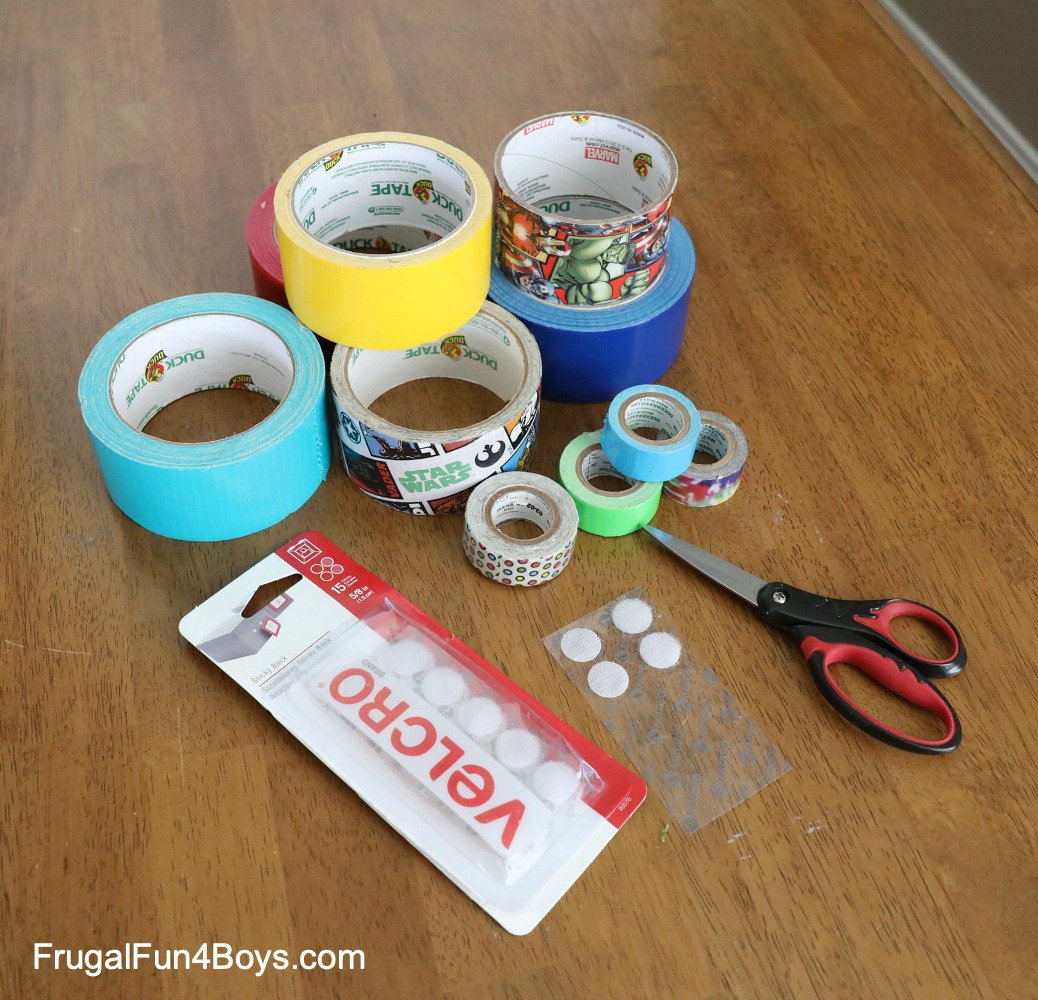 To make them, we stuck two strips of duct tape together back-to-back. Then trim the ends so that they are straight. It’s really easy to cut the duct tape when it’s stuck together.

We chose to use different colors of duct tape for each side of the bracelet.

TIP: For cutting single layers, try wiping the blades of your scissors with a baby wipe first. I saw that tip on Pinterest, and it works AMAZINGLY well. No more gummed up scissors and ruined duct tape! 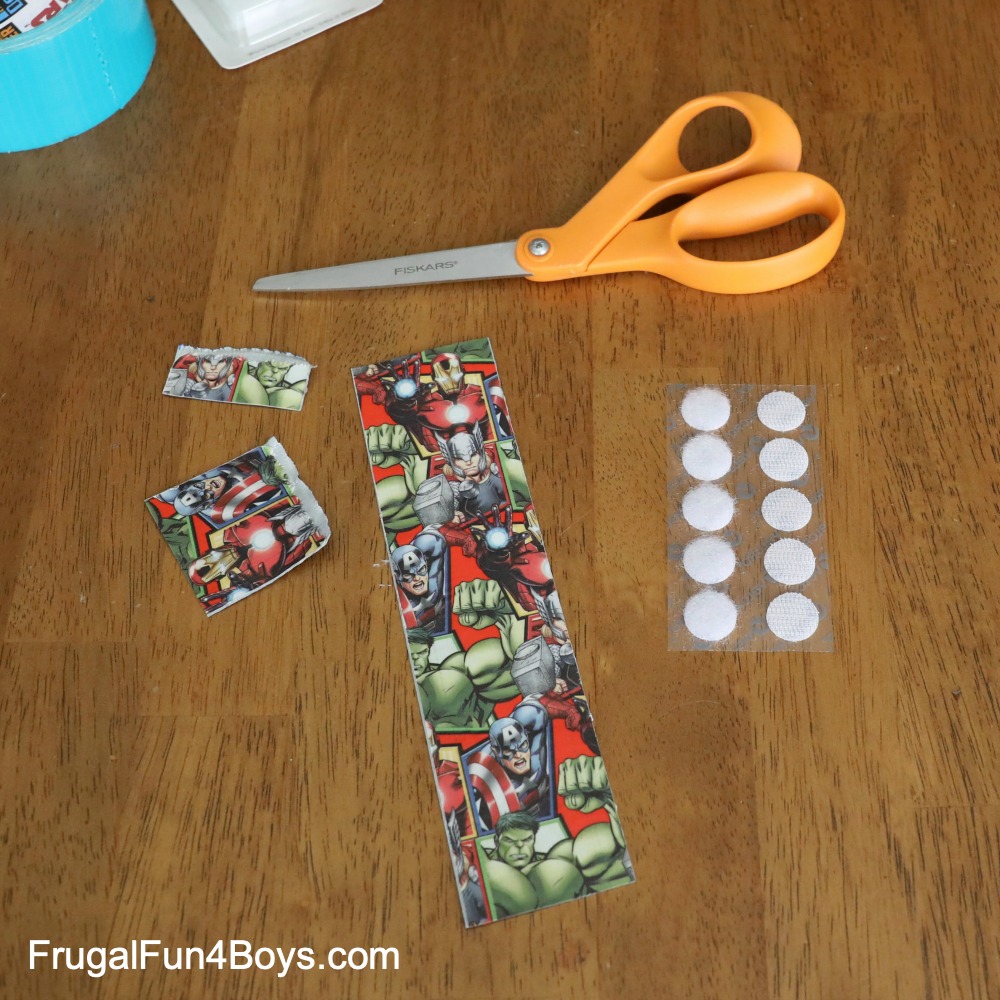 We made some of our arm bands with narrow duct tape (those little rolls are so cute!) and some with regular width duct tape. We also made some with the regular width tape and then trimmed it down. If you’re going to cut lengthwise, I really recommend drawing a line with a ruler first.

Stick on the velcro as shown. We were pleasantly surprised to discover that the bracelets are automatically reversible! So cool! 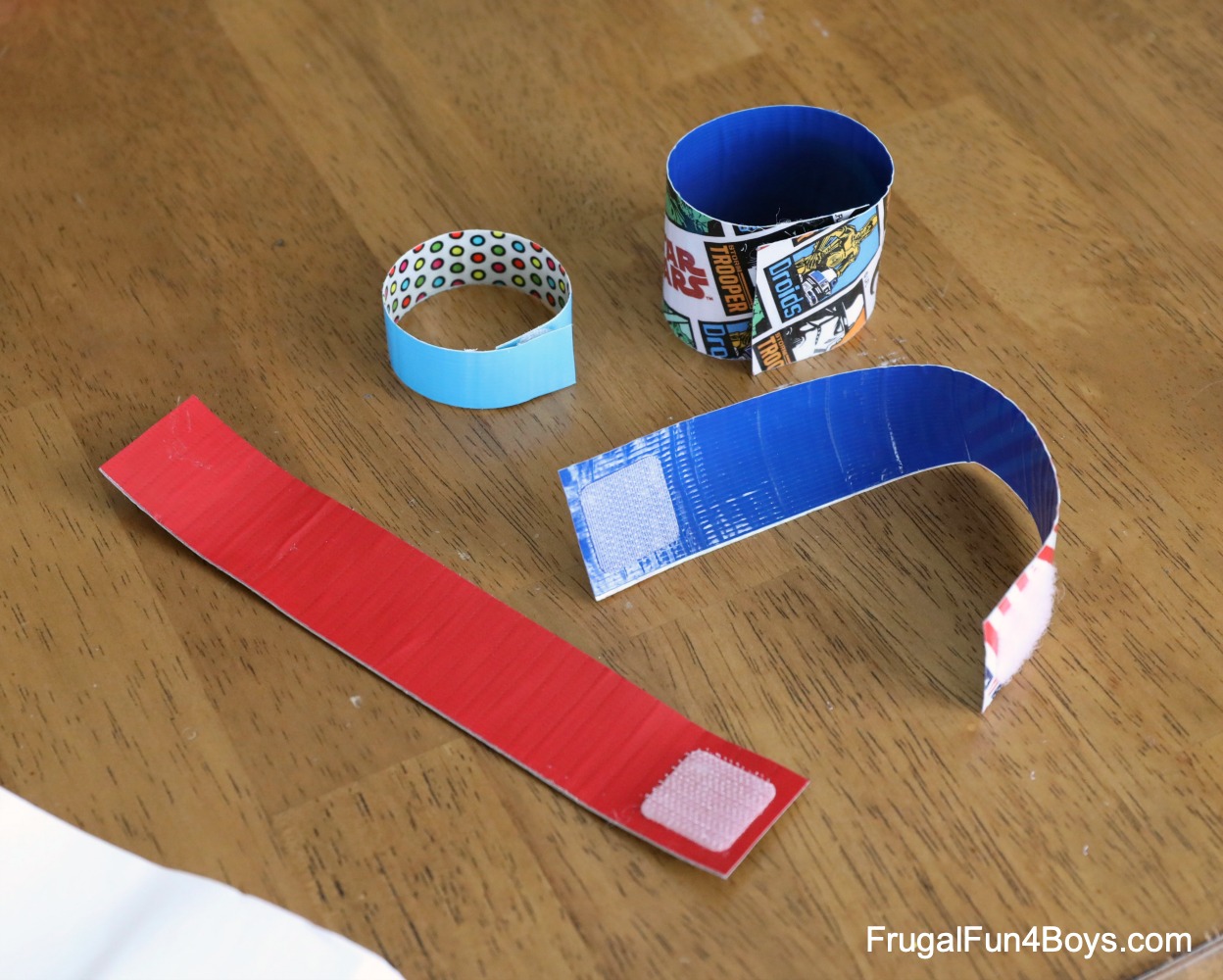 It’s fun to make an arm band with buttons so that kids can pretend to activate their lasers and perform other superhero moves! For the buttons, I just cut out circles and rectangles from duct tape. You’ll definitely want sharp scissors for this! Or a baby wipe to wipe down your scissor blades! (It’s magic I tell you!) 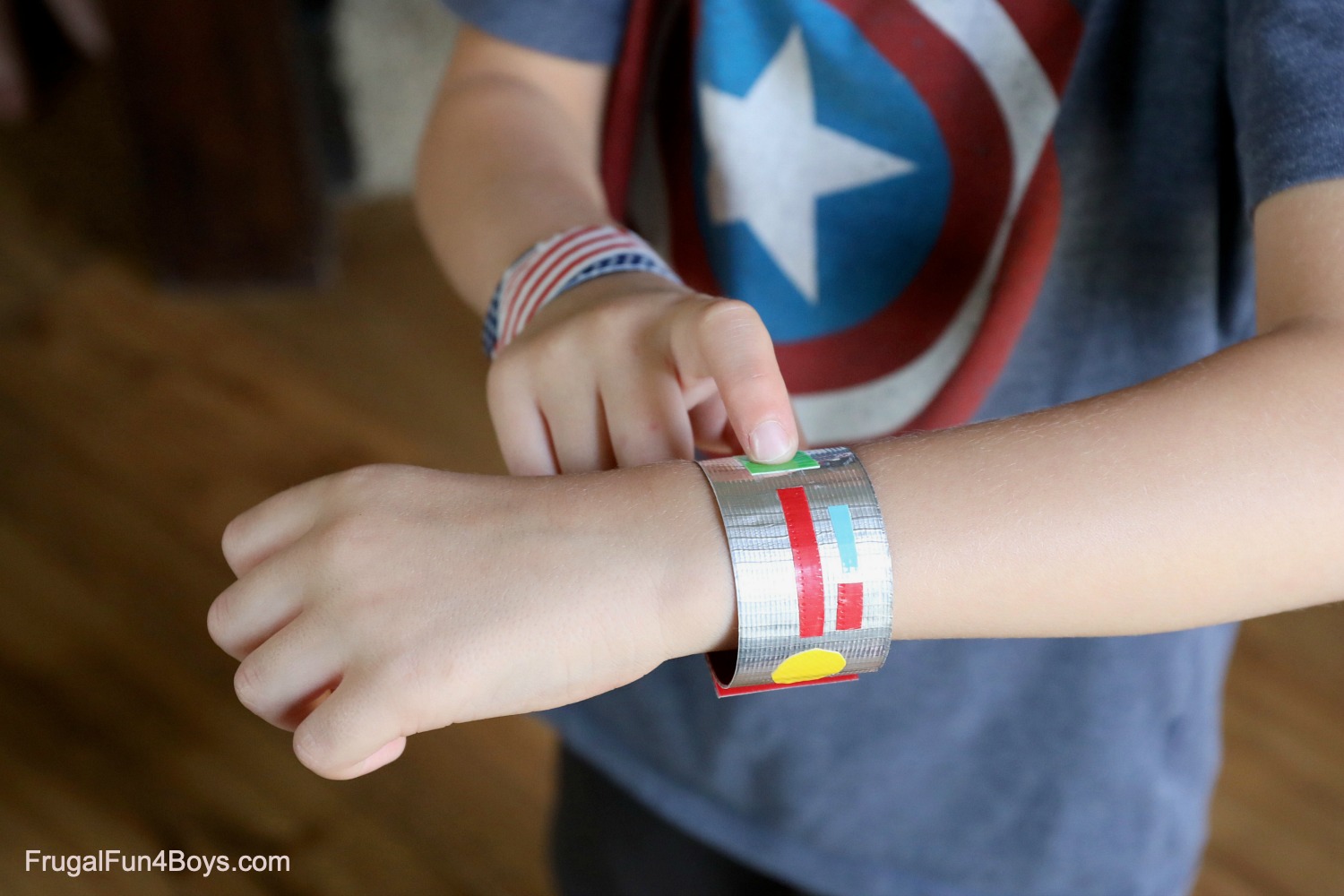 One of my sons had the idea to make an armband with a rocket piece that would velcro on and off. 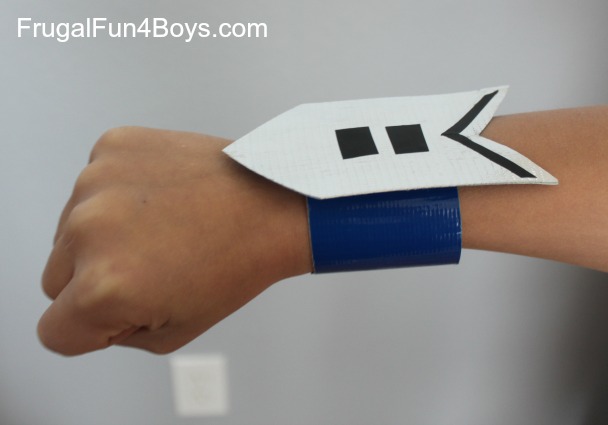 We added velcro to the armband and to the rocket. I thought it was a pretty clever idea! (For the black decorations, we used electrical tape left over from our lightsabers.) 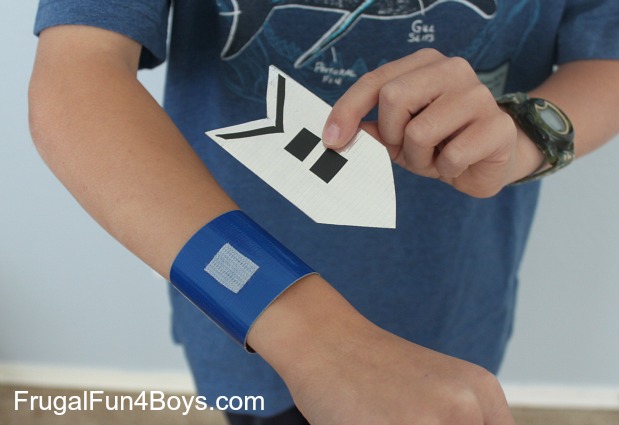 Our dog also ended up wearing a cool Texas Rangers arm band, much to his chagrin! Ha! 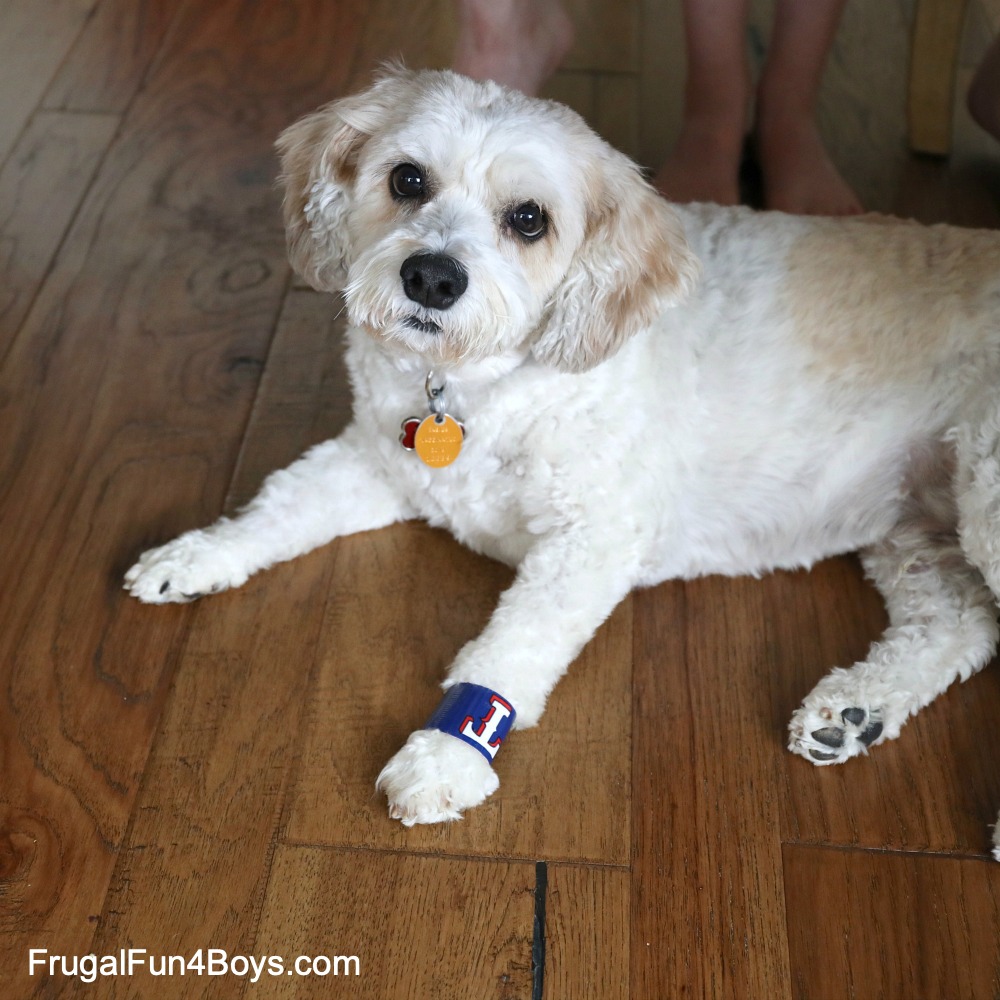 Have fun crafting with duct tape! 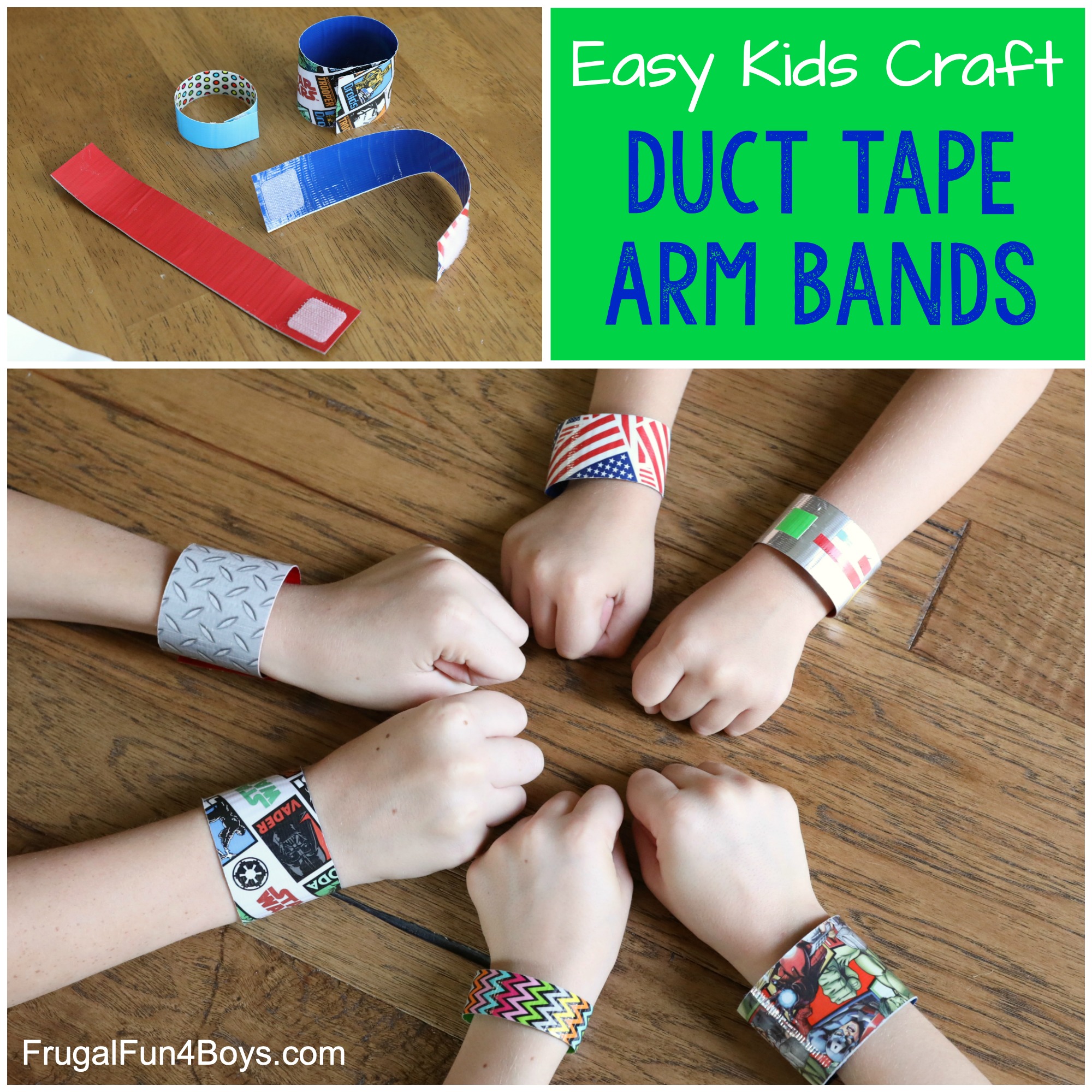