These Christmas Candle Jars are a great homemade gift that kids can make and give!

The boys enjoyed making fall candle jars, and I bought a couple of extra jars to use as gifts, but we never got around to making them. Gresham remembered the extra jars and wanted to make some Christmas candle jars. He calls them “lanterns” and loves having them on the dinner table!

We made two types: 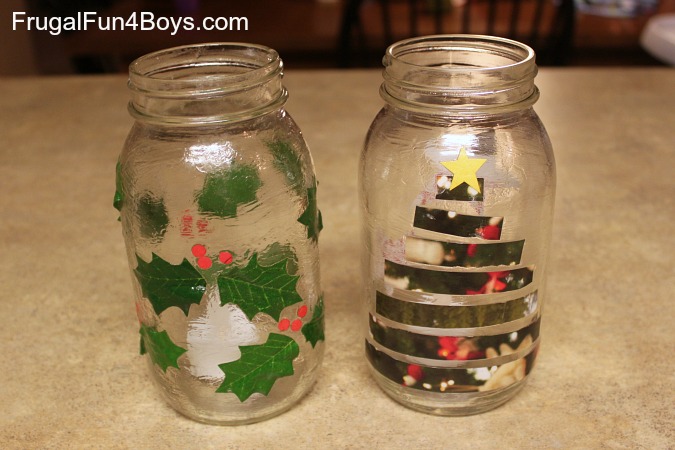 For both you need a jar (we used a Mason “made for crafting” jar from Hobby Lobby), Mod Podge, and a paint brush.

Gresham made the holly jar. Well, until he decided that he didn’t want his hands to be sticky, and I then I had to finish!

We used fake holly leaves that we peeled off the plastic stems. Peeling off the plastic stems is an important step, because if you don’t, the leaves will never, ever stick to the jar no matter how much Mod Podge you slather on! (We made that mistake with our fall leaf jars…) 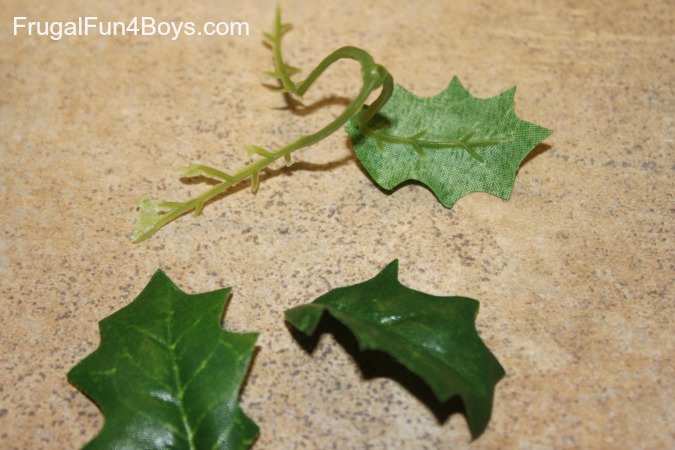 For the holly berries, Gresham punched little red circles out of construction paper with the hole punch. That step was lots of fun! 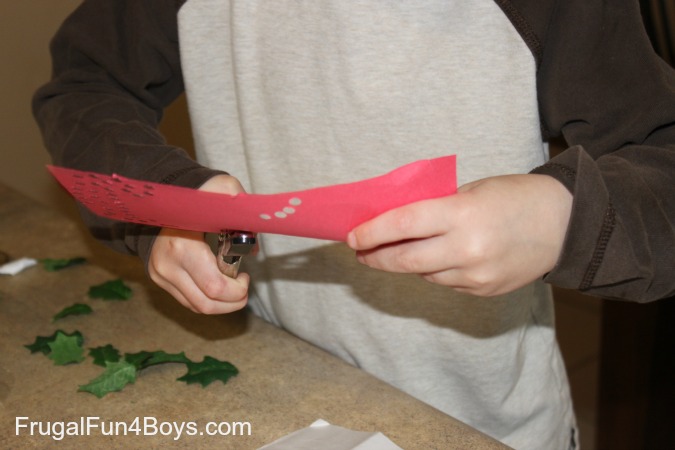 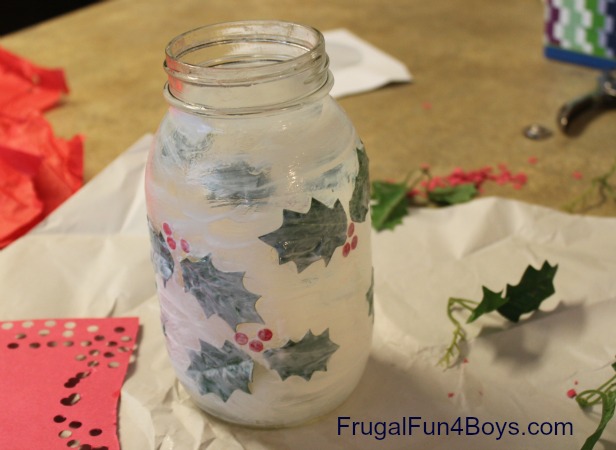 The finished jar is so pretty! 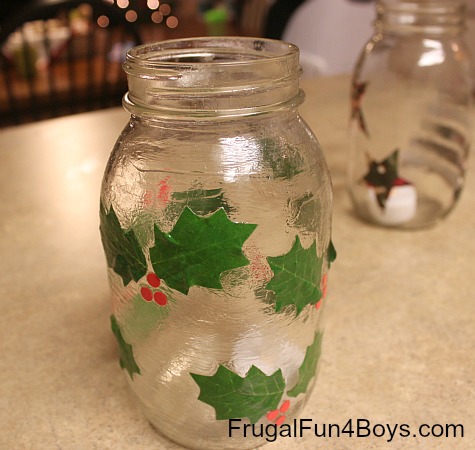 For Owen’s jar (he’s 3) I wanted something a little easier. Paper is the easiest thing to Mod Podge when you’re a little person! I saw these adorable Christmas trees on Housing a Forest, and I thought that a paper tree would look great on a jar!

Owen and I cut out paper strips from catalog pages with Christmas trees on them. Then, we arranged the strips from largest to smallest. (This was a little tricky for Owen – it was a good exercise for him!) 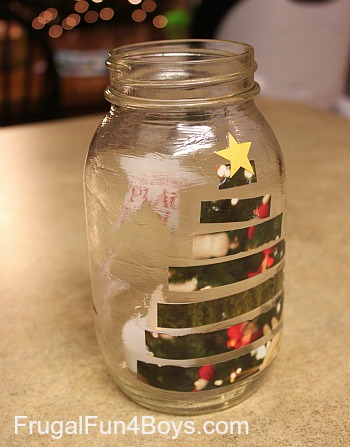 I love how this one turned out! For the other side of the jar, I cut out some stars for Owen to Mod Podge onto the jar. 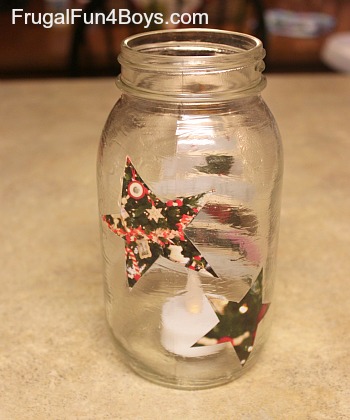 We lit up our jars with battery powered tea lights from Hobby Lobby. I love those tea lights – no flame to mess with, and the kids can “turn on” their jars themselves.

I’m hoping to make some jars to give as gifts when we visit a nursing home next week. With the battery powered lights, they would be a beautiful and safe gift!