Here’s a fun STEM project for kids that is perfect for warm weather – build a LEGO® water wheel and experiment with fluid dynamics. 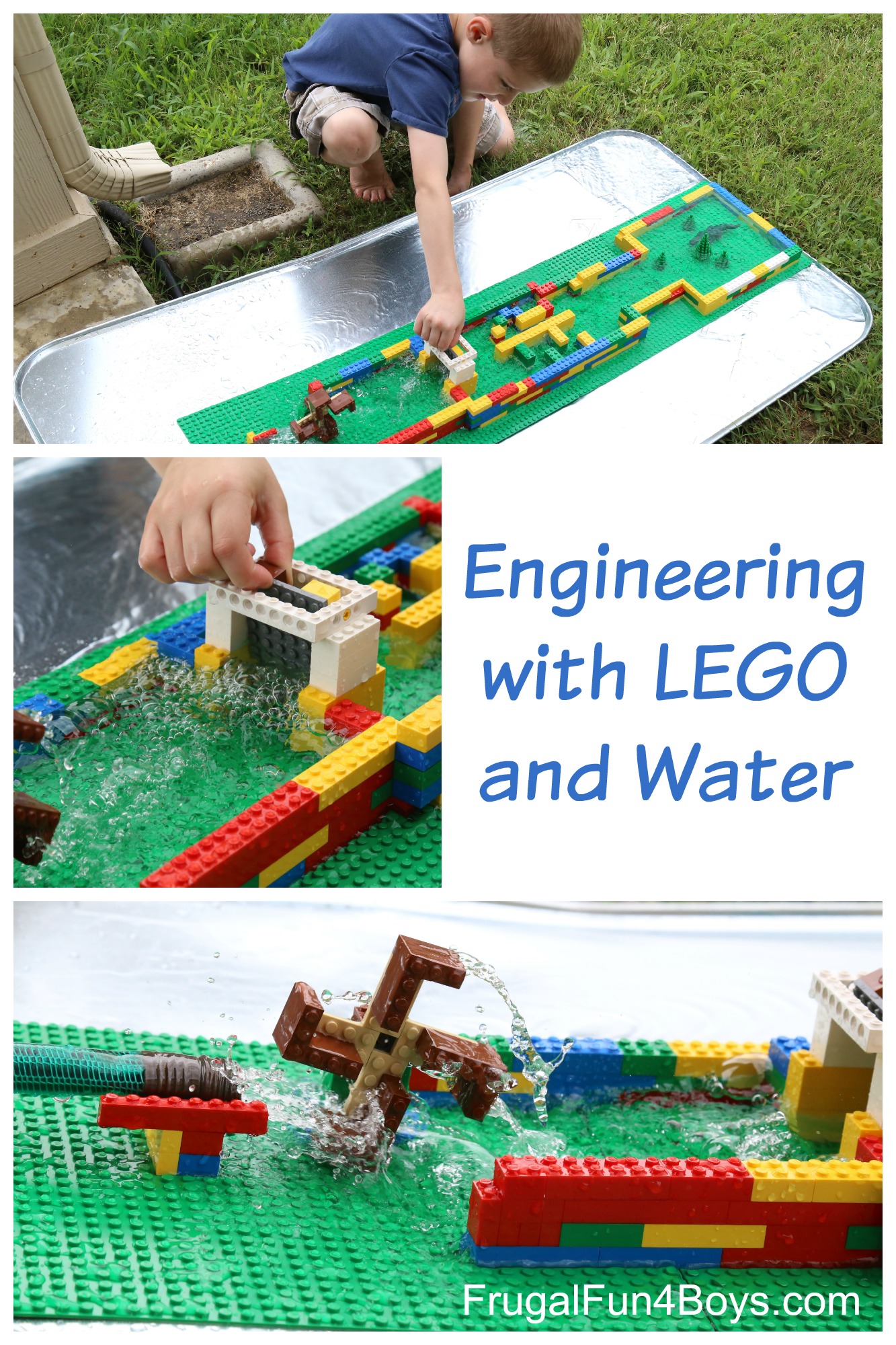 It was actually not shockingly hot over the July 4th weekend (we live in Texas), and we enjoyed playing outside with LEGO®!

First, Aidan used duct tape to secure some base plates to our oil change tray. We bought this a few years ago in the automotive section at Walmart – it’s quite useful for playing with magnets among other things. 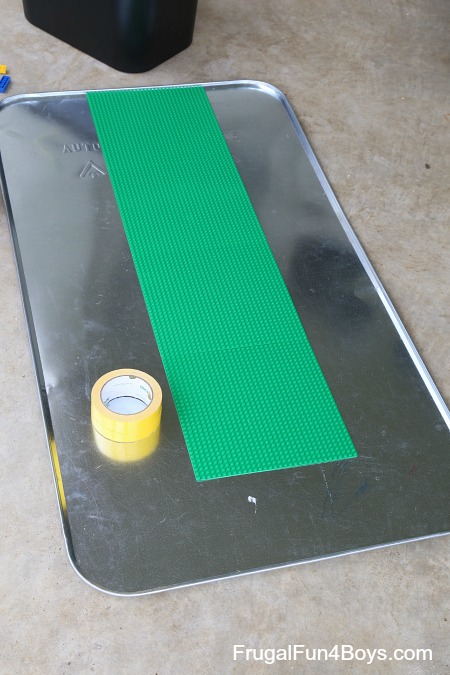 Then we started building! 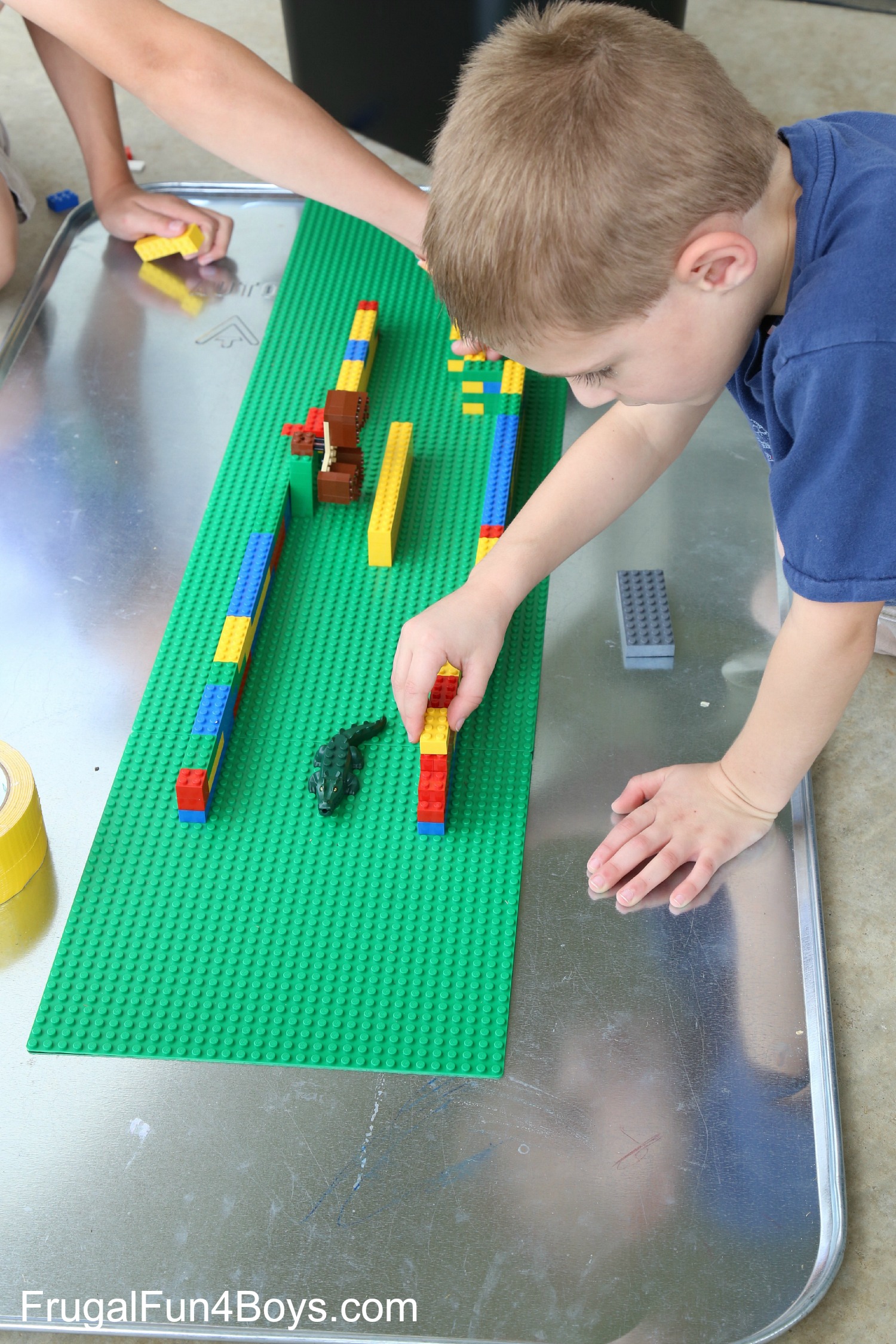 We used a propeller brick to build a water wheel. We originally had the water wheel on the top of a tower of bricks, and it turned quite well when we poured water over it. But it was much more impressive with the hose aimed directly on it!

The water wheel will only turn in one direction, and it’s fun to have kids work out how to build it and which way the water should flow. 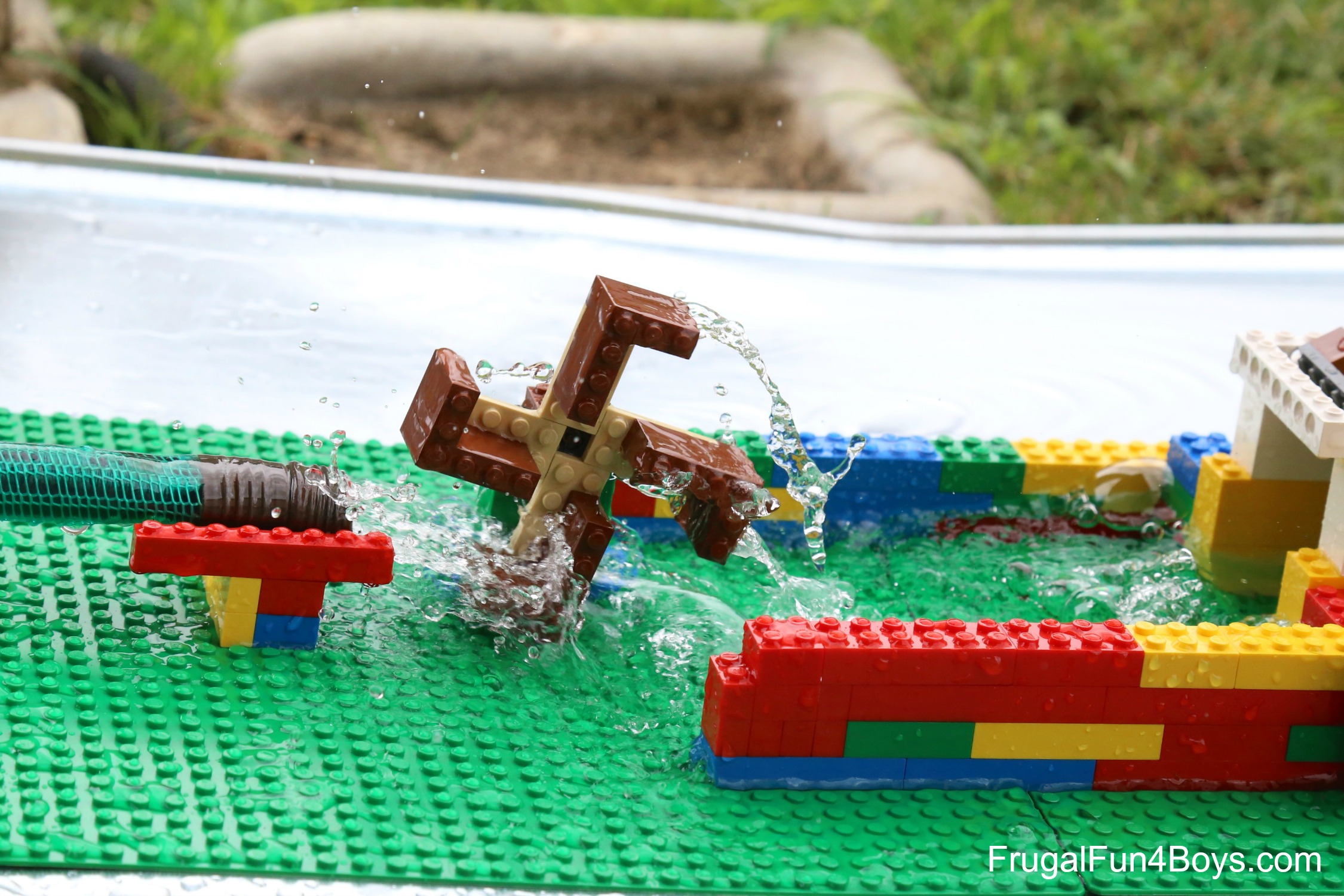 Then we created a door that can open or close to either hold back water or let it flow. (The door stays open from the force of the water unless you physically close it.) 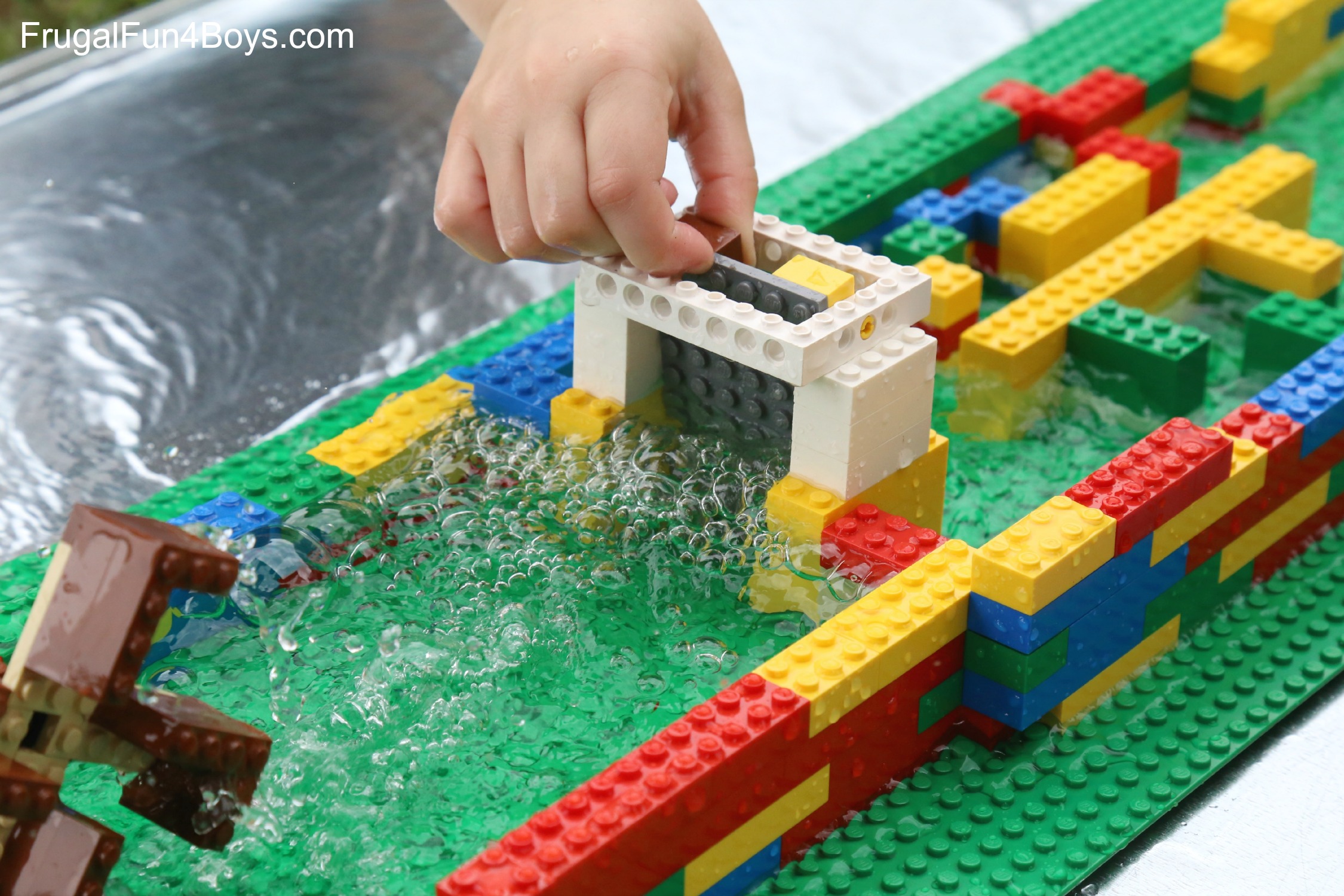 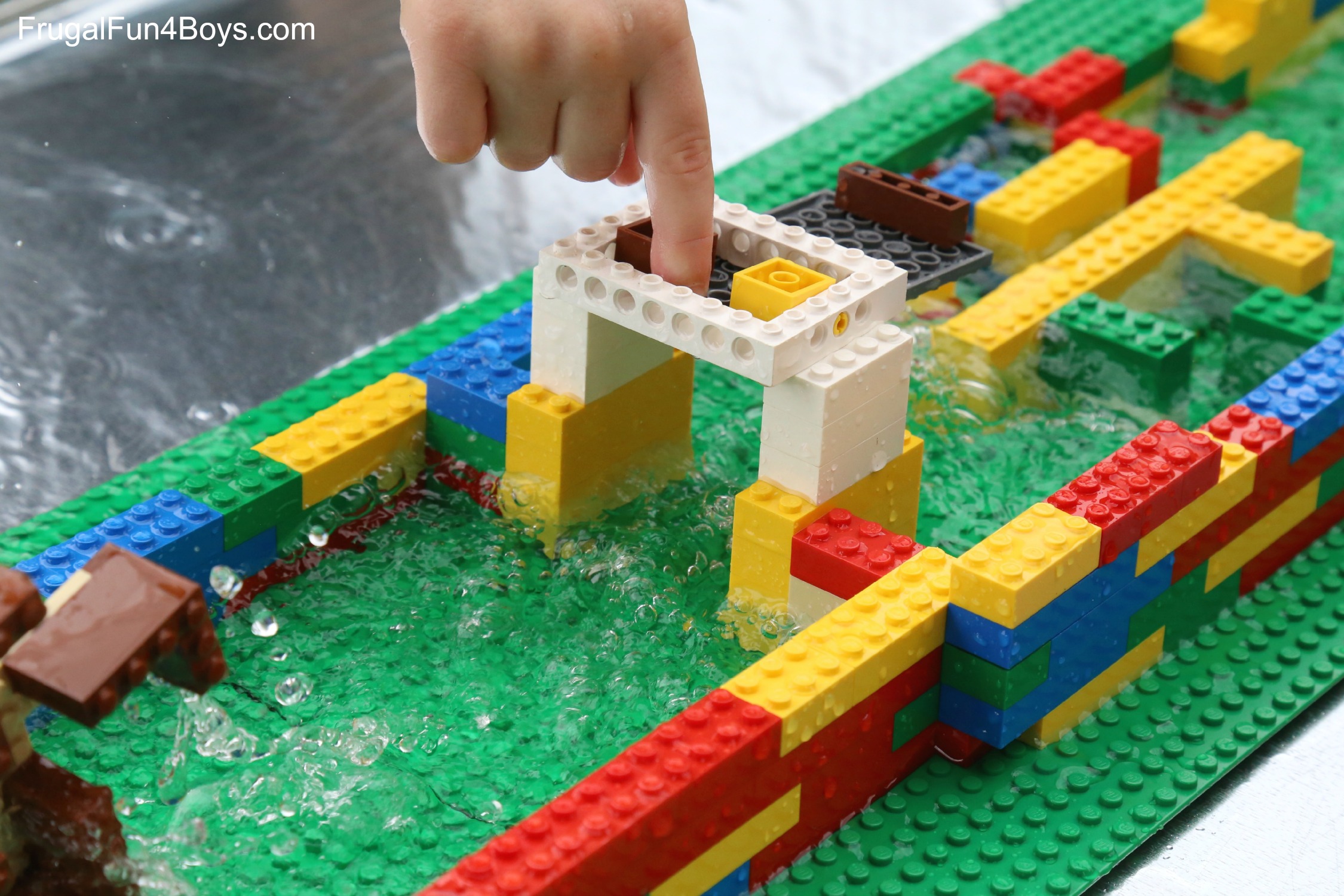 Aidan built barriers for the water to flow around: 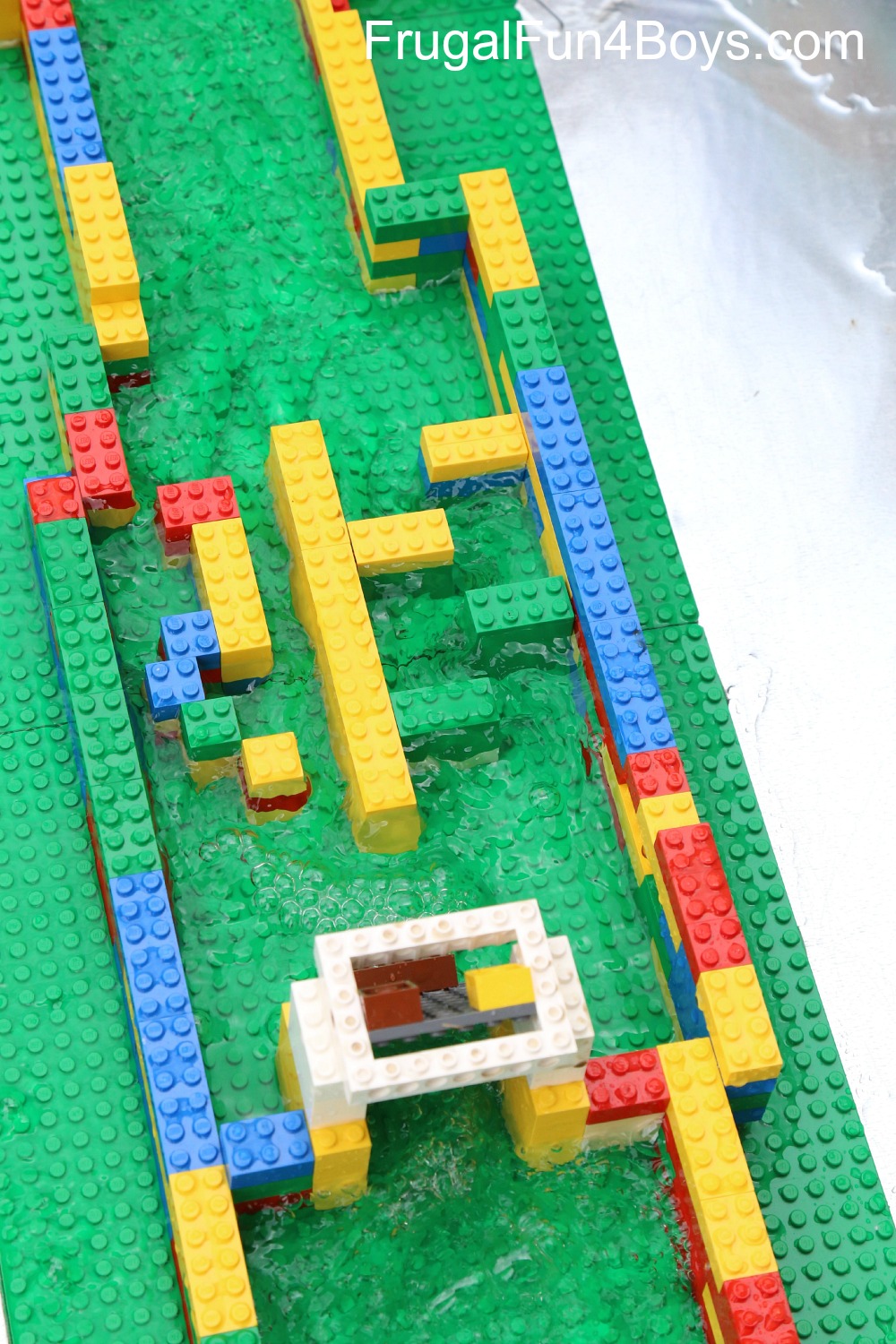 And Owen wanted a pool for his crocodile at the bottom. We leaned the oil change tray on the edge of our patio to give it a little bit of a slope. The only problem was that the boys would lean on the tray which bent it… It did bend back but I wished we had something more solid to use for our work surface. If you have a board or something, use that instead! 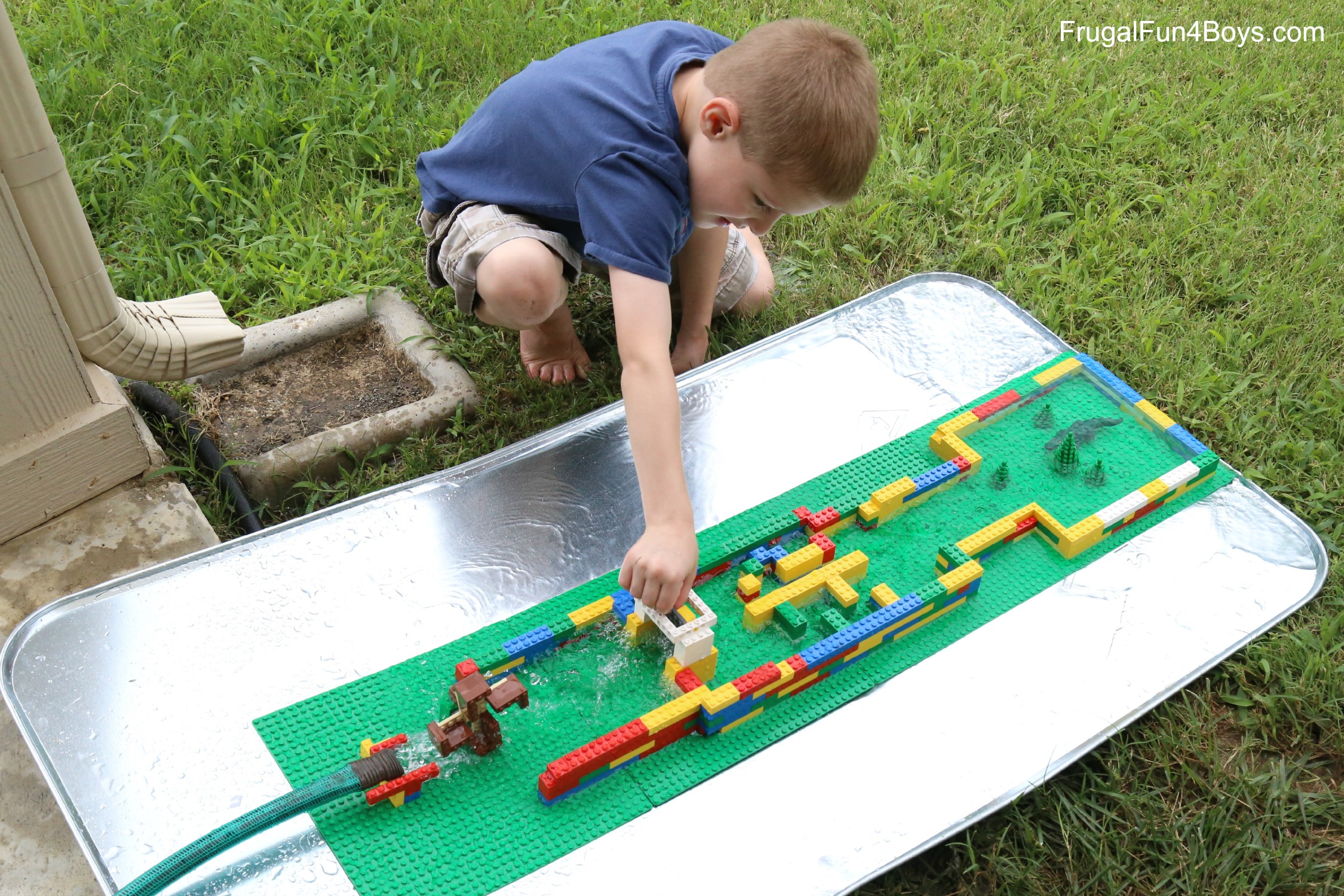 LEGO® bricks and water – what a great way to cool off on a summer day! 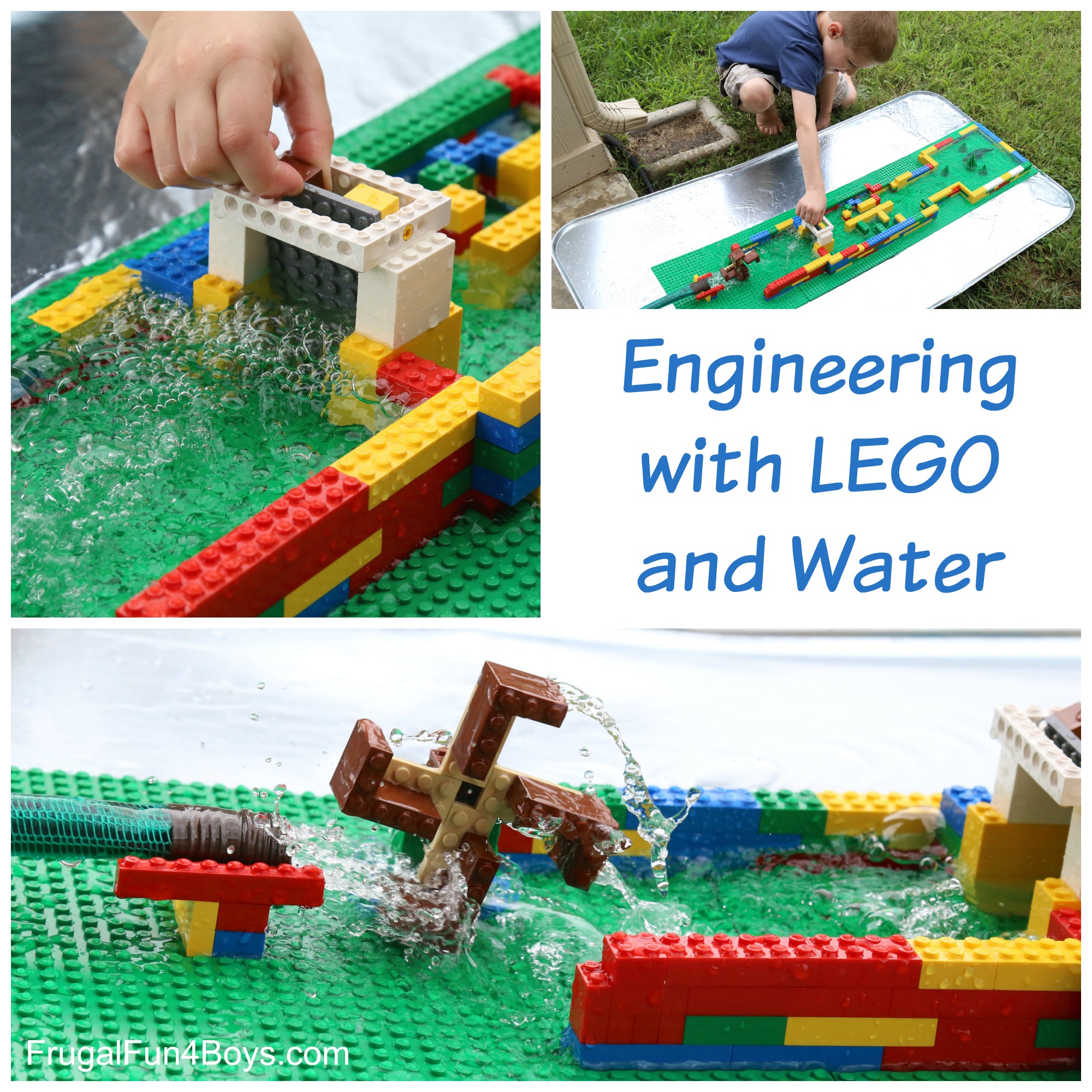